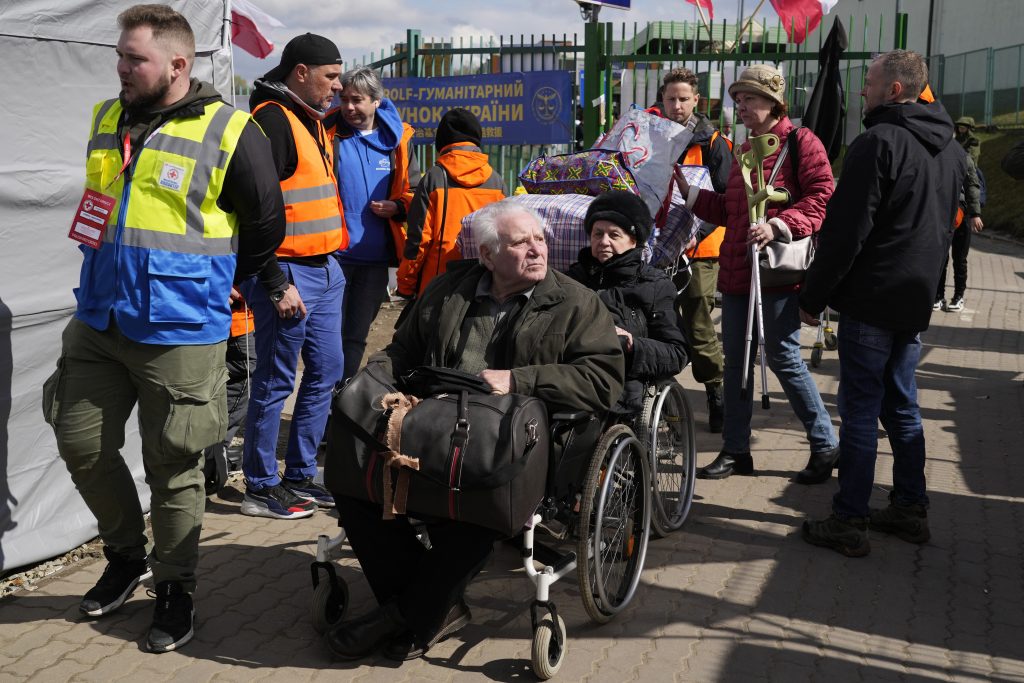 After two years of COVID-19 lockdowns, Poland was looking forward to getting its tourism economy started again. Russia’s invasion of Ukraine changed that.

The MV World Odyssey cruise ship is just one data point in the downward trend. For some 600 students – including me -- who spent the spring semester on an educational cruise through European ports, the attacks on Ukraine ended a planned trip to Poland.

Just two weeks before the scheduled embarkation date, the ship announced it would divert to Denmark.

Shaun Crisler, executive dean of Semester at Sea, said the decision to cancel had more to do with the Poland’s tightened COVID-19 protocols than with the attacks on neighboring Ukraine. Among Poland’s new rules: the ship could only enter the country with zero COVID-19 cases.

Yet, according to Semester at Sea faculty member, Birgit Trauer, who teaches International Issues and Tourism, students were not wrong to make a link with the invasion of Ukraine.

"The situation is still unraveling"

Trauer said that the changes in Poland’s COVID-19 policies are no coincidence: Stepped-up efforts to limit the spread of the virus came as millions of Ukrainian refugees made pandemic management a challenge, she said. Poland isn’t the first country to react as Ukrainians flee for other parts of Eastern Europe.

“This is my area of expertise and in all the research I’ve done with tourism, I can tell you that Eastern Europe’s got it really rough right now," Trauer said. "Between the pandemic and millions of refugees flooding out of Ukraine, you’re not going to see a lot of people eager to get to places like Poland."

Eastern Europe expected an increase in tourism this spring and summer, Trauer said. With nations reopening borders and lifting Covid-19 restrictions, cruises like the MV World Odyssey set to sail and travelers booked flights. Now, with the recent attacks on Ukraine, travelers have already cancelled some travel and may be ready to scrub more.

“The situation is still unraveling,” Trauer said. “I’m guessing a lot of tourists are going to be rethinking their plans but only time will tell.”

Some students in the Semester at Sea program agreed with the decision to cancel Poland.

"Hotels are filled with refugees"

“There’s a reason they’re suddenly requiring zero cases and it’s going to be a lot harder to manage a pandemic with millions of refugees in one place,” Ellie Brown said. “It’s probably a good thing we didn’t go.”

Another student, Kate Hartshorn, said her family planned to meet her in Poland but opted to cancel even before the ship made itinerary changes. While her family didn’t feel unsafe making the trip, she said, the crisis made the timing feel less than ideal.

“I think they canceled because hotels are filled with refugees,” Hartshorn said. “I mean, the country is dealing with a crisis right now, so it’s probably not the best time for a casual visit.”

Other Semester at Sea students felt traveling to Poland was not worth the risk of potentially contracting COVID-19. The MV World Odyssey enforces a 5-to-10-day isolation period for those who test positive.

“Considering we almost had to cancel the voyage midway through because Spain was telling us we had too many cases, we’re really putting ourselves at risk going to a country where millions of people are entering,” said student Alberto Negron. “I think most people would do anything to not be isolated on the ship either. That’s not what we’re here for.”

The U.S. Federal Aviation Administration's expanded no-fly-zone for Ukraine, Belarus and a portion of western Russia left part of Eastern Europe with out flights. That may be stoking travelers' concerns about air service to other European nations.