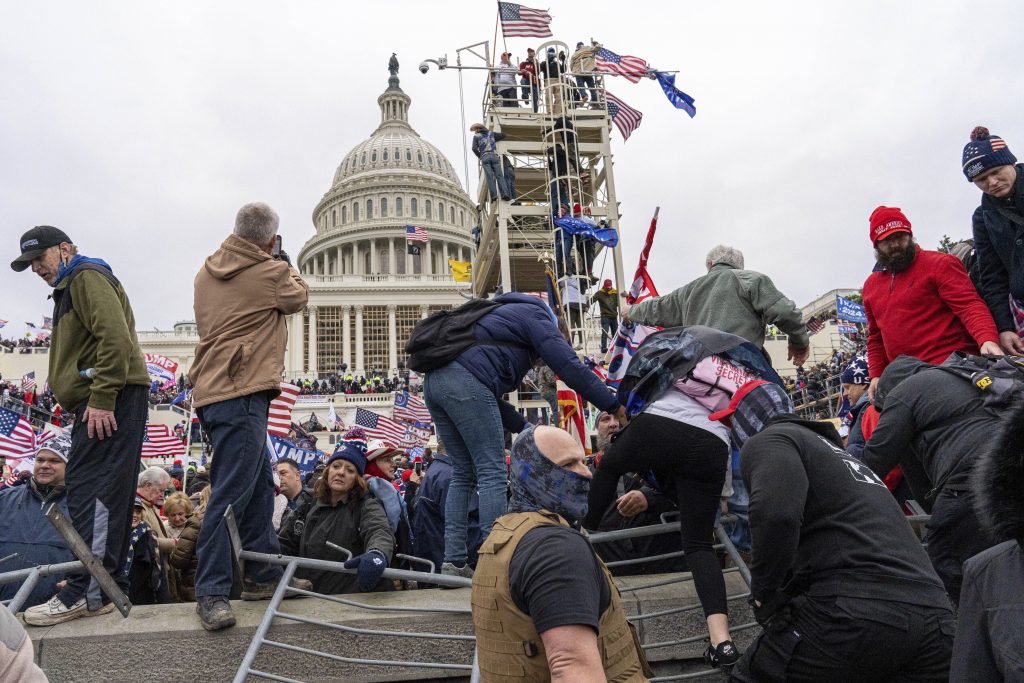 Demonstrators protesting the results of the 2020 presidential election stormed the U.S. Capitol on Jan. 6. (Photo: Mihoko Owada/STAR MAX/IPx via AP)

At Global Journalist, we often bring you stories about threats to free speech and a free press. Those stories are usually involve other countries. But three months ago, on Jan. 6, America's tradition of a peaceful transfer of power was disrupted as a mob overran the Capitol, trying to prevent Congress from ratifying the results of the presidential election.

Reporters were also targeted in that attack. Several were physically assaulted; others had their equipment taken and damaged. "Murder the media," was infamously scrawled on one of the Capitol's doors.

So, we decided to ask Missouri School of Journalism graduates who work in Washington how they are doing. In a series of interviews in the weeks after Jan. 6, they reflected on how the growing hostility to their profession has affected them and their mission.

The answer: Not much.

They are dismayed; they are worried. But all of them say they are more committed than ever to the work they were trained to do here in Columbia, Missouri.

Five decades of the "Mizzou mafia" are represented in these interviews — and the bylines represent a sixth. The reporters who talked to the alums are members of the Missouri School of Journalism Class of 2023. We hope you enjoy their stories on:

Angela Greiling Keane, a Politico editor who lives 10 blocks from the Capitol.

Jeff Leen, the editor in charge of the Washington Post's investigative teams.

Molly Olmstead, a reporter for Slate.

Sarah Wire, a Los Angeles Times congressional correspondent who was in the Capitol when the violence erupted.