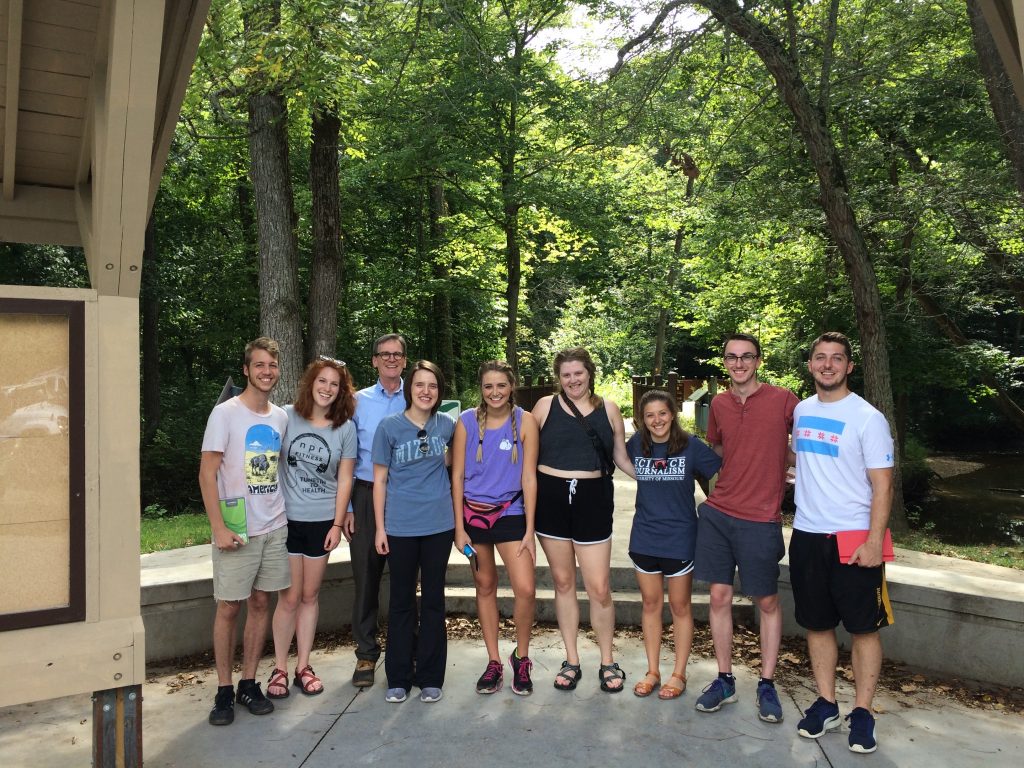 Dodging flashbang grenades and low-flying helicopters probably isn't how most people view a typical life of a Washington correspondent. However, Molly Olmstead has encountered both on recent assignments in the nation's capital for Slate Magazine.

Standing in DC’s Chinatown district during the George Floyd protests, the 2017 MU Journalism School graduate was rendered helpless as two military helicopters descended within 50 feet of where Olmstead was reporting, kicking up debris and tree branches and injuring some of the protestors on the ground with her. “It did feel like we were in the middle of a hurricane,” Olmstead recalled. “It was very bizarre.”

Olmstead is one of many Mizzou graduates who end up in DC. With the divisive nature of politics and the growing animosity towards journalists, Olmstead wishes more members of the public understood the difference between the kind of reporting she does and the commentators they often see on TV. “I wish they could see what's going on in our head,” she said.

Fortunately for Olmstead, not every story puts her in harm’s way. One of Olmstead’s  favorite articles she’s written for Slate traced the legacies and lives of the nine other women who graduated from Harvard Law School with future Justice Ruth Bader Ginsburg in 1959. “Stories that don't often get to be told, because there's nothing particularly newsworthy about the sort of quiet lives,” are not only interesting to cover, Olmstead notes, but lead to bigger opportunities, like being able to interview Ginsburg herself.

Olmstead has covered an impressive variety of subjects: Her recent coverage has included the failure of the power grid in Texas, controversies surrounding GOP figures such as Marjorie Taylor Greene, and the Jan. 6 riot at the Capitol.

“She's blossoming into this wonderful reporter who's covering all kinds of subjects and who was in the thick of things in the transition from the 45th president to President Biden,” said Berkley Hudson, Olmstead’s advanced writing professor at Mizzou. Hudson said that Olmstead is taking on intense subjects “and writing about them in a very thoughtful manner.”

Olmstead offers advice and mentoring to colleagues. Mizzou grad Annika Merrilees, a business reporter for the St. Louis Post-Dispatch, said she was a beneficiary. “Molly emphasized the importance of “bugging” people in the office and asking coworkers out to coffee to learn about how to succeed in the newsroom’s ecosystem,” Merrilees said.

That willingness to help others won Olmstead a rave review from her former professor. “Molly exemplifies a generosity of spirit that is found in the best journalists I know,” said Hudson. “She helps others to find their ways to success. Her curiosity and savvy as a reporter and writer helps her readers, her audience discover stories that can illuminate their lives.”