Catching up with: Yariel Valdés González 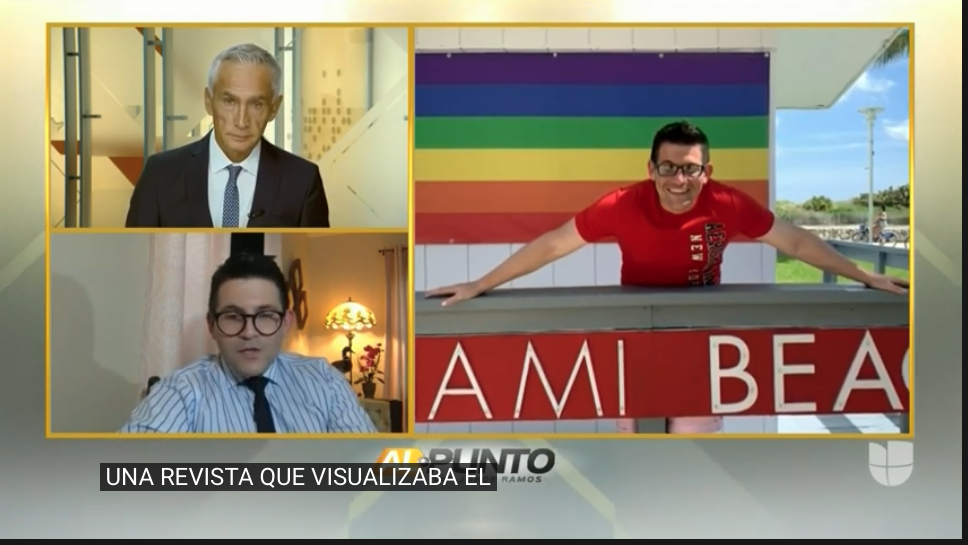 Editor's note: Last year, Global Journalist talked to two journalists who had been detained for long periods of time despite entering the U.S. legally with asylum claims that were recognized as legitimate by the U.S. authorities. Reporter Levi Moltz-Hohmann caught up with one of them, who is back on the beat after reciving asylum.

After an escape from his Cuban homeland and 11 months fighting to get out of U.S. immigration detention facilities, Yariel Valdés González is ready to be back in the newsroom.

Valdés currently resides in Wilton Manors, Florida, near Fort Lauderdale, where he continues his reporting as a contributor with the U.S.-based LGBTQ publication, the Washington Blade. He says he is still getting acquainted with the legal protections he can enjoy as a journalist in the U.S.

Having “spent my whole life in Cuba with that fear in my brain,” Valdés says it’s hard to get used to the idea that “nothing is going to happen to you if you talk about Donald Trump in a bad way.

“I tell myself every day, you are in a free country,” he adds. “You have the right to say whatever you want.”

Despite going through a painful asylum process to get into the U.S., Valdés continues focus his journalistic efforts on his home country. His experience as a journalist and as a member of the LGBTQ community gives him insight on the struggles of people who are still struggling under the oppressive Cuban regime.

Valdés says he’s focusing his reporting on Cuba, the country he knows best, adding that he’s added a specialty on immigration “because of my experience.”

In Cuba, the journalist had an awkwardly split professional life: He simultaneously worked for Vanguardia, the official news publication of the Communist party, while also reporting on LGBTQ issues in the independent Cuban press. Valdés says it became too difficult for him to participate in spreading propaganda when the issues were so personal.

While reporting in Cuba, Valdés was subject to regular persecution and harassment. State security officials would regularly target Valdés and his family with intense interrogations and other tactics to instill fear.

“They are doing things that they used to do in the 60’s and 70’s with the dissident voices, and it’s not getting better. They just try to keep the status quo,” Valdés says.

Roadblocks at every step

Valdés knew he needed to escape the oppressive conditions by seeking asylum in the United States, although for a while, it seemed unclear whether the U.S. would be willing to provide him any refuge.

Immigration courts put up roadblocks at every step of his asylum process. Even after a judge found that Valdés had a legitimate case to request asylum, Immigration and Customs Enforcement appealed the ruling, functionally extending his detention for months.

“They wanted to punish me because I was telling the truth. I was writing articles about the situation in the jails. I was talking about the process — how they made the process so, so hard, so difficult,” Valdés says.

Valdés’ experience is indicative of a larger trend. The Immigration and Nationality Act allows the president to establish an overall refugee admissions ceiling before the start of each fiscal year. According to a report from the Department of Homeland Security, “In 2019, the refugee ceiling was set at 30,000 — its lowest level since the inception of the program in 1980.”

Luckily for Valdés, a second immigration judge granted his asylum.

A hell of a journey

Michael Lavers, the international news editor for the Washington Blade, supported Valdés throughout his asylum journey. He says the experience made him reflect on the inadequacies of the U.S. immigration system.

“I think it’s beyond unfortunate what he went through, not only in Cuba,” Lavers says, “but here in the US – a country that so prides itself on promoting freedom and promoting itself as a refuge for those who were persecuted or targeted abroad.”

Lavers says the U.S. needs to acknowledge the consequences of its government’s efforts to delegitimize journalists. By fostering an adversarial relationship with news media, it becomes increasingly difficult to address abuses of power at home and internationally. Despite his disapproval of the efforts to delegitimize journalists, Lavers says Valdés’ perseverance in the face of such profound adversity was inspiring.

“It’s been a hell of a journey, but nothing makes me more happy and proud than just seeing him with his life in South Florida the way he chooses to live it,” Lavers says.

Despite all the attempts to silence him, Valdés’ ambitions have not changed. He says the work he’s able to do as a journalist keeps him motivated.

“You feel relief, and you feel that your work is worth it, that you did something good. And you are fixing a little bit of injustice in that system.”