After three years of #MeToo, are newsrooms more diverse? 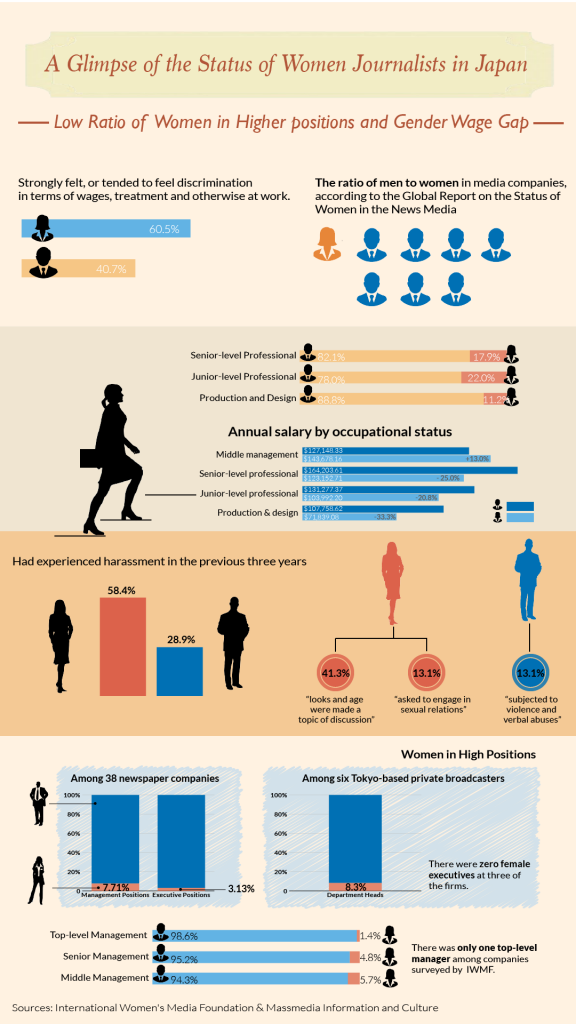 Race and gender equity remains a problem in newsrooms around the globe.

In the wake of #MeToo and the death of George Floyd, many public figures and institutions have had intense conversations about gender and racial inequities. The news media has brought these conversations to the attention of the greater public, but has it addressed the inequalities on its own court?

A 2019 survey by the Women’s Media Center found disparities in pay and leadership in leading U.S. news agencies. The Associated Press was found to pay black female journalists $15,000 less than their white male counterparts.

Global Journalist talked to several newsroom leaders and activists from around the world about how the media is responding to demands for greater equity.

To Jim Van Nostrand, the Columbia-based state editor for Gannett’s 12 newspapers in Missouri,  the most significant disparity in newsrooms across the nation is racial. At the time of the interview, Van Nostrand said a Gannett survey found not a single Black journalist on the staffs of its 12 Gannett newspapers.

Read more: A white guy finds out what it's like to be the minority.

Nichelle Smith, the coordinating editor of USA Today's Investigations team and leader of several award-winning race and diversity projects, expressed concern that black women are being marginalized in the #MeToo movement.

But the problems aren’t exclusive to the United States. Global Journalist also spoke with a Japanese freelance journalist Chie Matsumoto. She is one of the founders of Women in Media Network, established by about 80 female journalists in the wake of the #MeToo movement, known as #WithYou in Japan.

In Japan, more than 70% of women who work in the media say they have been sexually harassed on the job, according to a 2018 survey conducted by the Japan Congress of Mass Media Information and Cultural Workers. In addition to workplace challenges that women face globally, many also find themselves as targets for intimidation and violence. Almost 65% of women media workers have experienced intimidation, threats or abuse in relation to their work, according to the International Federation of Journalists.

Zahra Hankir, a Lebanese journalist  spoke about how women journalists in the Middle East are weathering a storm of genderized trolling.

The good news: many prominent media institutions are working to overcome gender and racial disparities across the United States and internationally.

Viktorya Vilk, director of digital safety and free expression programs at PEN America, and Jill Geisler, the Bill Plante Chair in Leadership and Media Integrity at Loyola University offered ideas for creating safer environments for journalists and newsrooms that welcome all.