Project Exile: Editor gets asylum in Germany after Erdogan cover 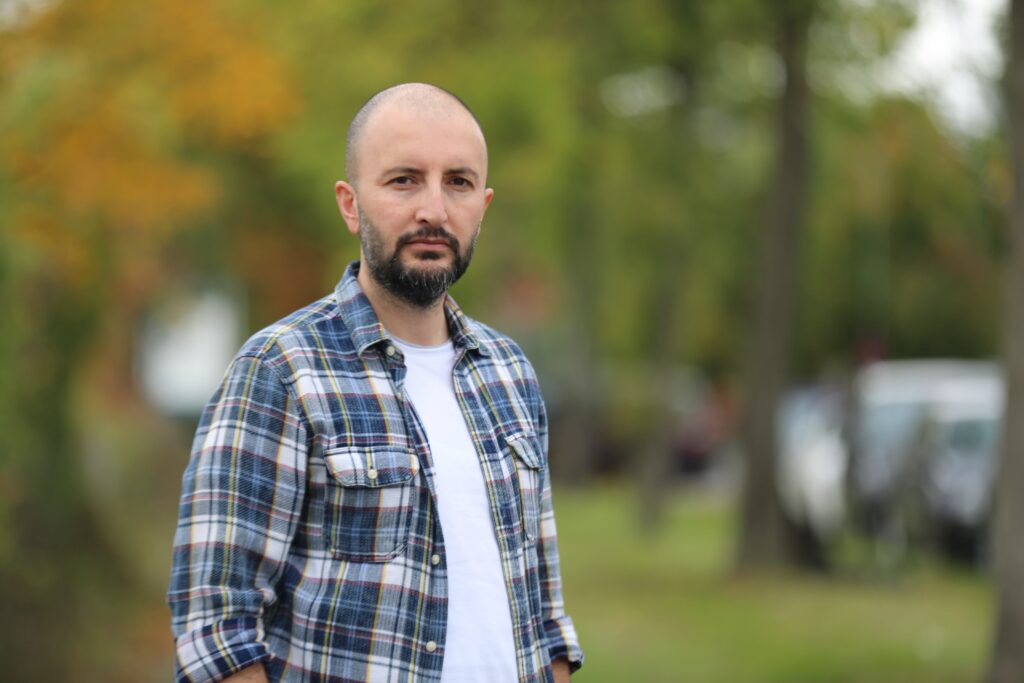 "It is not a very comfortable and luxurious life in Germany, but it's better than prison."

If there's one exiled journalist whose life encapsulates Turkey's purge of critical media, it might be Cevheri Guven.

In 2013, Guven had been fired from a newspaper for reporting on corruption involving then-prime minister Recep Tayyip Erdogan's ruling Justice and Development Party. From there, Guven became editor-in-chief of the Turkish magazine Nokta, a biweekly sympathetic to the opposition Gülen movement. But it wasn't long before he found himself in trouble for reporting on the AKP. 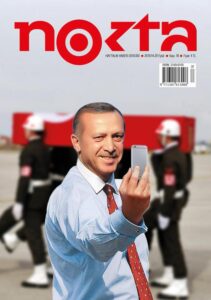 This cover led to Guven's exile.

In late 2015, Nokta was raided by Turkish police after it published a cover depicting a photoshopped image of a smiling Erdogan taking a selfie in front of the coffin of a Turkish soldier - a reference to Erdogan's efforts to capitalize politically on clashes between the military and Kurdish militants. Guven was detained for two months in Turkey's Silivri prison, and released to await trial. His situation darkened further after a failed military coup against Erdogan in July 2016. A massive government crackdown ensued. Nokta was among 130 media outlets shuttered by the government, and Guven and his family went into hiding.

In the wake of the coup attempt, nearly 160,000 people were arrested and 152,000 government workers were fired, according to the UN’s human rights office. Journalists have faired particularly poorly. Though some of those arrested after the coup have been released, as of December 2019 there were still 88 convicted journalists behind bars and another 77 in jail awaiting trial, according to the Stockholm Center for Freedom. The group, founded by Turkish journalists, reports that another 167 are in exile and wanted by Turkish authorities.

After a month underground, Guven, his wife Tuba and their two children, ages 11 and 8, managed to pay a human smuggler to put them on one of the many small boats carrying refugees across the Aegean Sea to the Greek port city of Thessaloniki.  Yet even in Greece, Cevheri did not feel safe from Turkish agents. In late 2016, he obtained asylum in Germany but was forced to leave his family behind in Greece.

They lived separately for two years, and the Guvens were only recently reunited in Frankfurt. In the meantime, the Turkish government had not forgotten him. In 2017, he was sentenced to more than 22 years in jail in absentia by a court in Istanbul. His former deputy at Nokta, Murat Capan, was also convicted on terrorism charges and fled to Greece - but was returned to Turkish custody by Greek authorities, according to the New York Times.

Guven and Tuba, herself a former journalist, now run the YouTube channel Bold Medya covering Turkish politics. Through a translator, Guven, 42, spoke with Global Journalist's Laura Miserez about his flight from Turkey and his struggles as an exile in Europe.

Global Journalist: When was the first time your reporting got you in trouble? 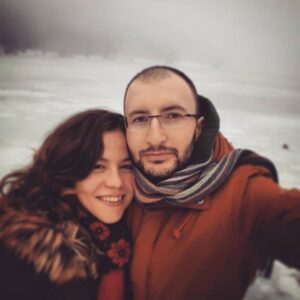 The Guvens fled to Greece by boat to escape repression in Turkey. (courtesy)

Guven: It started with the corruption scandal in Turkey in 2013, and there was a lot of pressure on the journalists covering that. The newspaper I was working for then was close to the [ruling party], so they didn't want to cover the corruption or write stories against the AKP. But I wanted to cover these stories, so I was fired from my job.

And then I started to work in Nokta, a news magazine, and covering the Kurdish policies of the AKP.  In 2015, the AKP party started a war against the Kurdish people, and I wrote some articles about this policy. I was imprisoned for this reason in 2015. After two months I was released, but I kept writing this news in my magazine. The magazine was in disagreement with the AKP about three things: Kurdish policy, corruption, and the Gülen movement.

GJ: You first started practicing journalism in 2000. How has the situation for journalists changed since then?

Guven: The army was very powerful, and there was pressure everywhere including on the media. But there weren't these kinds of attacks on the media, like closing the newspapers or imprisoning journalists. [For a time] the opportunity to be a member of the European Union was in the atmosphere in Turkey, so the media outlets got very powerful.

But in 2013, Erdogan took all of the power, and then the pressure was harder than it had been from the army. Turkey has seen many hard times, but not like this – with 200 journalists imprisoned. We've never seen this in on our history.

GJ: What was it like for the two years that you were separated from Tuba and your two children?

Guven: For me, the main thing was to find a safe place to keep practicing journalism. In Turkey, over 200 journalists were imprisoned. I know many of them. I have to keep up my journalism for them as well. I have to take a risk for them, and I had to make this decision to separate from my family. 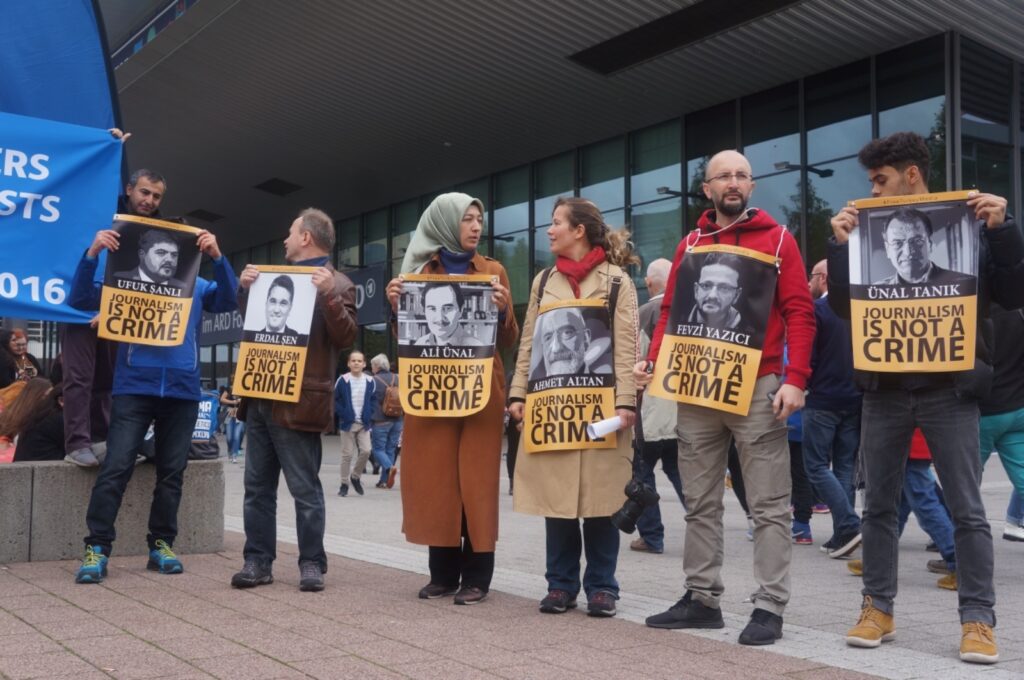 GJ: Are you still working in journalism?

Guven: We established a YouTube channel and website with my exiled journalist friends called Bold Medya. With donations, we are trying to keep reporting, and a lot of people pay attention to what we write because in Turkey nobody can cover this kind of news. There is no free time except journalism. Since there are lots of issues to be covered, and nobody can write about them in Turkey with the censorship of criticism, that’s why we’re working so much. We work with 10 colleagues, but most work voluntarily.

Cevheri: I'm trying to adapt my family and my children to Germany, but it is also difficult for us with economic problems. In Germany you must first stay in a refugee camp. Then you can rent a house. Now we live in an apartment in a small village. Our children go to school, and they love Germany. They are lucky about teachers. Learning German is very difficult. Of course, it is not a very comfortable and luxurious life in Germany, but it's better than prison.