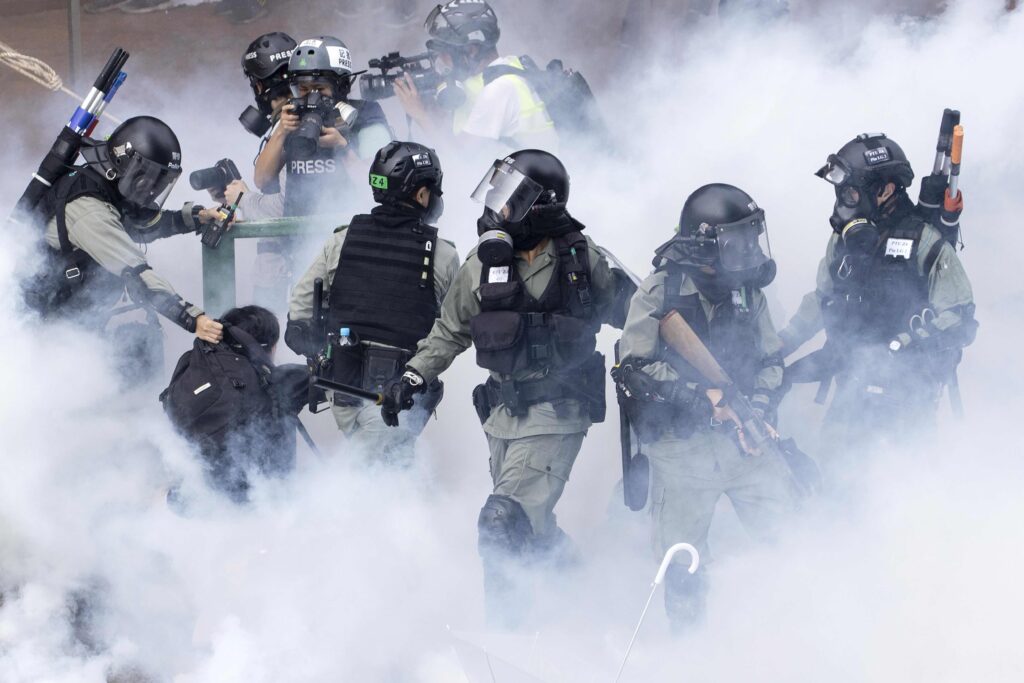 Police in riot gear move through a cloud of smoke as they detain a protester at the Hong Kong Polytechnic University in Hong Kong, Nov. 18, 2019. (AP Photo/Ng Han Guan)

Hong Kong’s six-month old protest movement has been one of the biggest international stories of 2019. What began in June as a protest against a bill that would allow for the extradition of criminal suspects to mainland China has turned into a full-blown democracy campaign.

But it hasn't been an easy story for journalists to cover. Over the past six months journalists have been hit by tear gas, projectiles and pepper spray by the police - and reporters from pro-Beijing news outlets have been attacked by pro-democracy protesters.

On this edition of Global Journalist, a look at Hong Kong's protest movement through the eyes of the journalists on the ground.