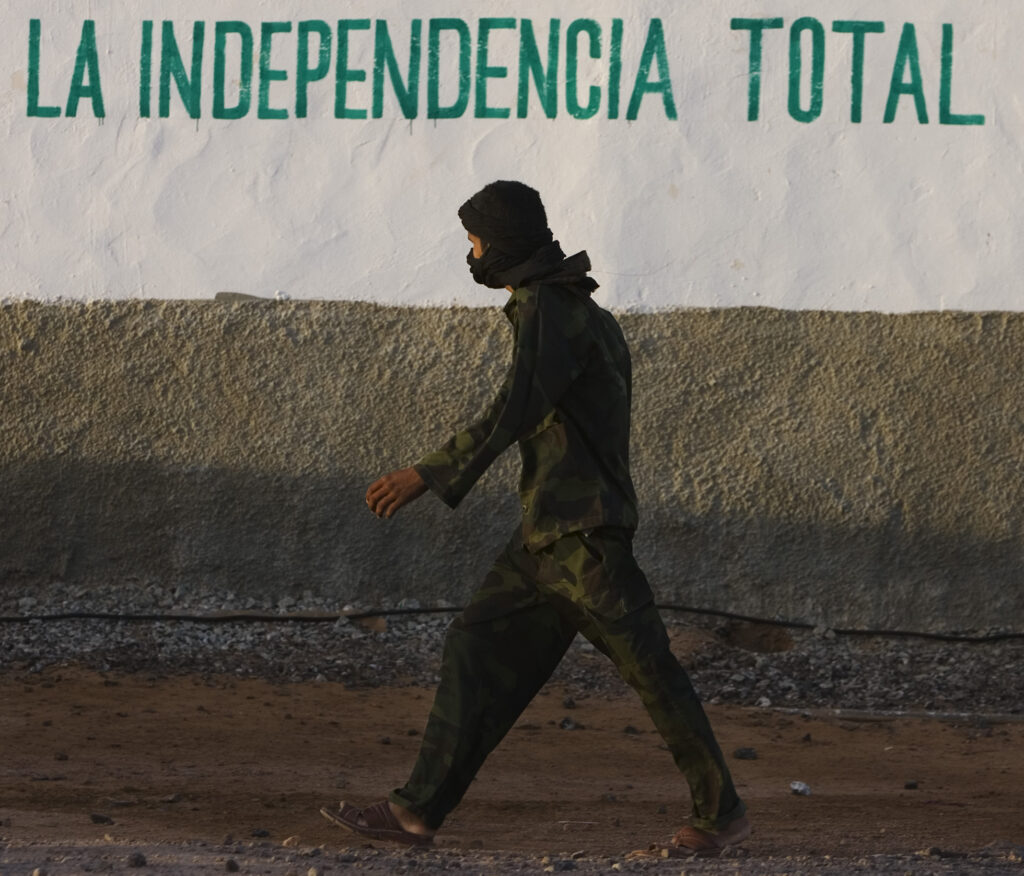 A pro-independence Polisario Front fighter passes near by a wall reading 'For the total independence' at the Western Sahara village of Tifariti in 2008. (AP Photo/Daniel Ochoa de Olza)

Nearly all of Africa was decolonized in the 1960s and 1970s. But there is one slice of the continent that wasn't. That's the sparsely populated territory of Western Sahara, a Colorado-sized swathe of land in northwest Africa.

When Spain's colonial government left in 1975, Moroccan troops moved in - denying the indigenous Sahrawi people an independent state. Forty-four years later, around half the Sahrawi live in exile in refugee camps in Algeria - and Moroccan settlers now outnumber the Sahrawi in their old homeland.

With Morocco imposing a news blockade on the disputed territory and making diplomatic progress in having its claims to the territory recognized, a long-delayed independence referendum seems more remote than ever.

On this edition of Global Journalist, a look at Western Sahara's frozen conflict - and the effects of a news blockade that has prevented independent media from reporting on the remote region.