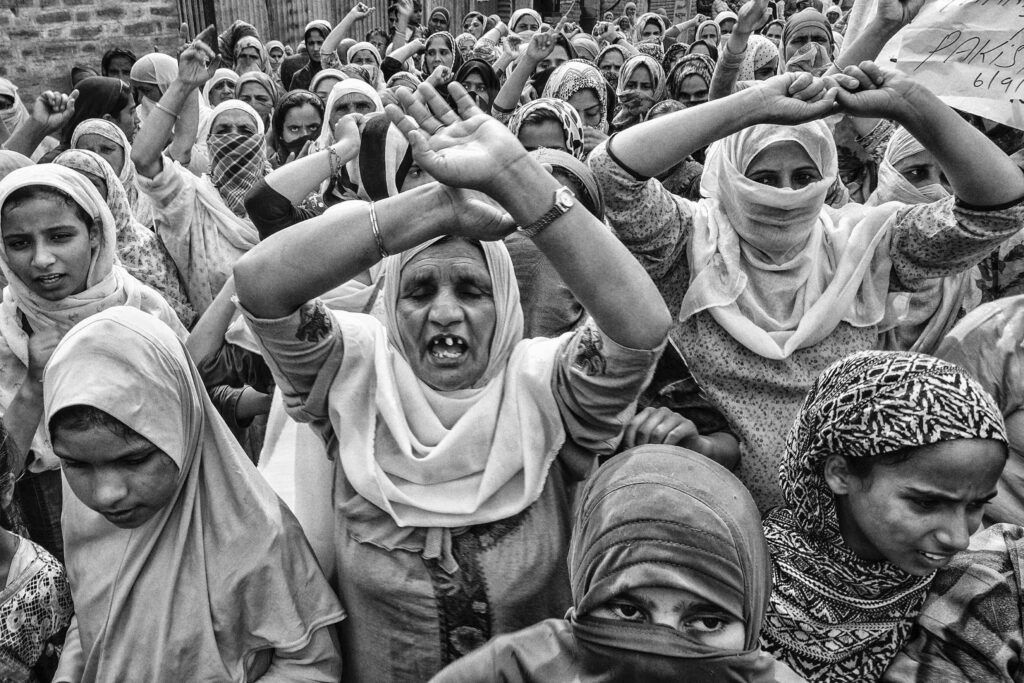 "You mute the colors to keep the emotions there, because that is what matters most in a place like Kashmir."

Mumbai-based photographer Avani Rai first traveled to the Indian-controlled Jammu and Kashmir five years ago. Since then she's been drawn back time and time again to try to capture some of the hidden wounds of the disputed region's 13 million people.

The goal of her eerie monochrome photographs: to show the human side of an issue that is often reduced to politics. 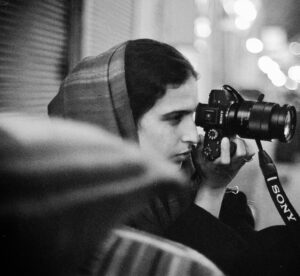 "I always thought the photographer cannot change government policy or the military presence in Kashmir," she says.  "But I can create space for conversation. I can humanize the people of Kashmir. I try to capture their daily life."

Her work has grown only more salient since Aug. 5, when India's Hindu nationalist-led government revoked Jammu and Kashmir's semi-autonomous status and imposed a security lockdown, cutting phone and internet access and deploying thousands of troops. Kashmiri leaders have been jailed without trial, and the military has met protests with restrictions on transport and access to public services, according to news reports and human rights groups.

Kashmir's woes stem from the end of British colonial rule in 1947, when a Hindu-majority India and Muslim-majority Pakistan were born amid a spasm of communal violence. As a Muslim-majority state that borders Pakistan but joined India, the Kashmir issue has triggered brief wars between the neighbors in 1999 and 1965. But it's also been the scene of much more regular skirmishes between Kashmiri militant groups and Indian soldiers and between Indian and Pakistani troops.  The fighting in Kashmir has killed more than 50,000 people since 1989, according to Human Rights Watch.

The toll of this multigenerational state of conflict on Kashmiris is the subject of Rai's work in the region. She spoke with Global Journalist's Samantha Waigand about the marginalized voices she tries to highlight in her work. Below, an edited version of their interview:

Global Journalist: You were in Kashmir recently, what was it like?

Rai: For quite a while there was nobody on the road, there was nothing on the streets, no one was going to school, nothing was happening. Things have been bad for a long time, but [the most recent lockdown] is worse. So people are still suffering. There is no education, there is nothing open. What is the future for these kids? They can't get out, and they’re not even allowed to leave their own homes. Many kids have been arrested and some even tortured. Imagine the frustration, pain, and suffering. But I also saw Kashmiris resisting and pushing back. They are a brave people who continue to fight for their rights. 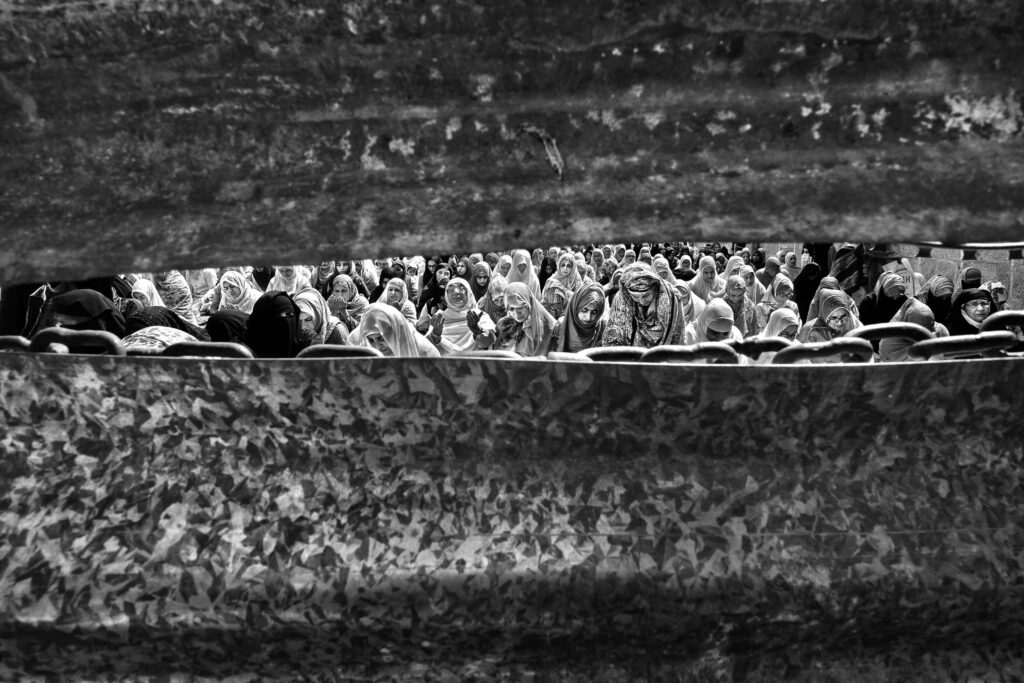 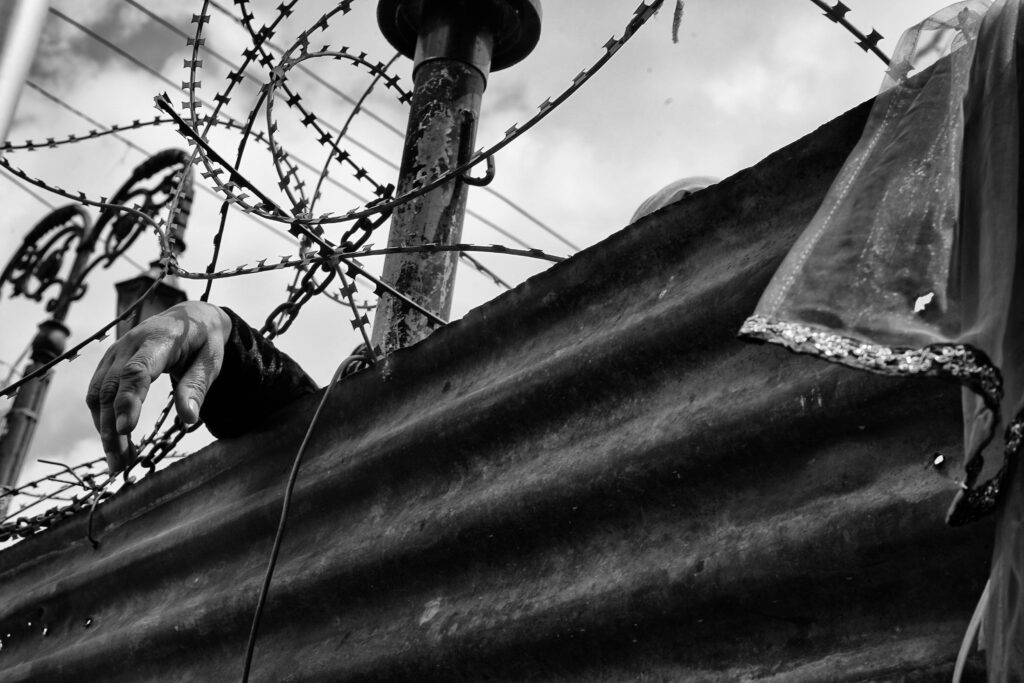 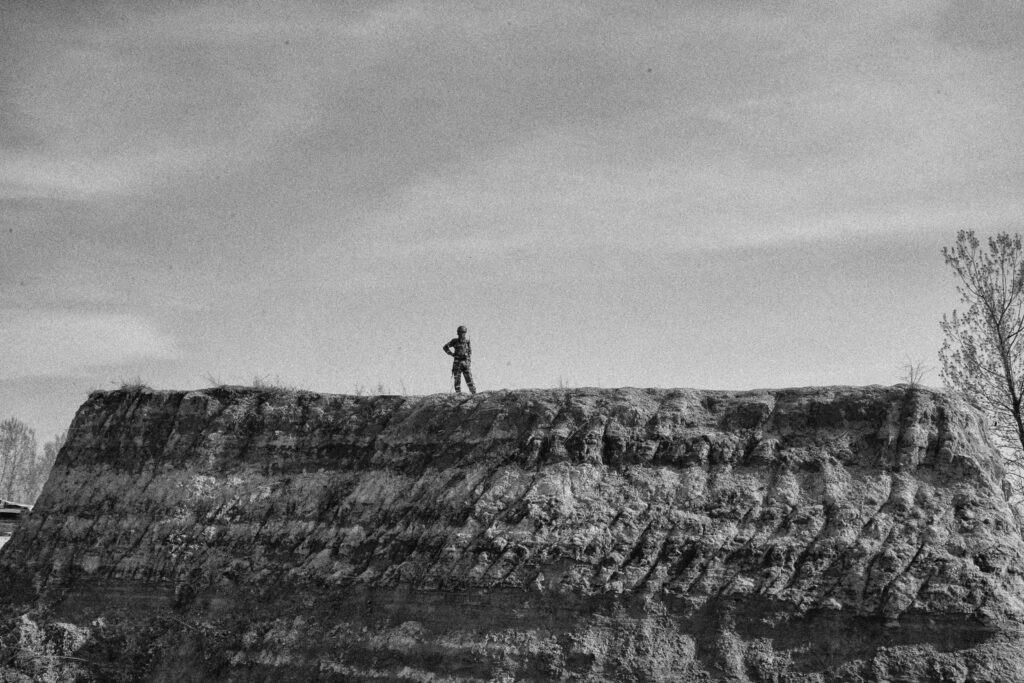 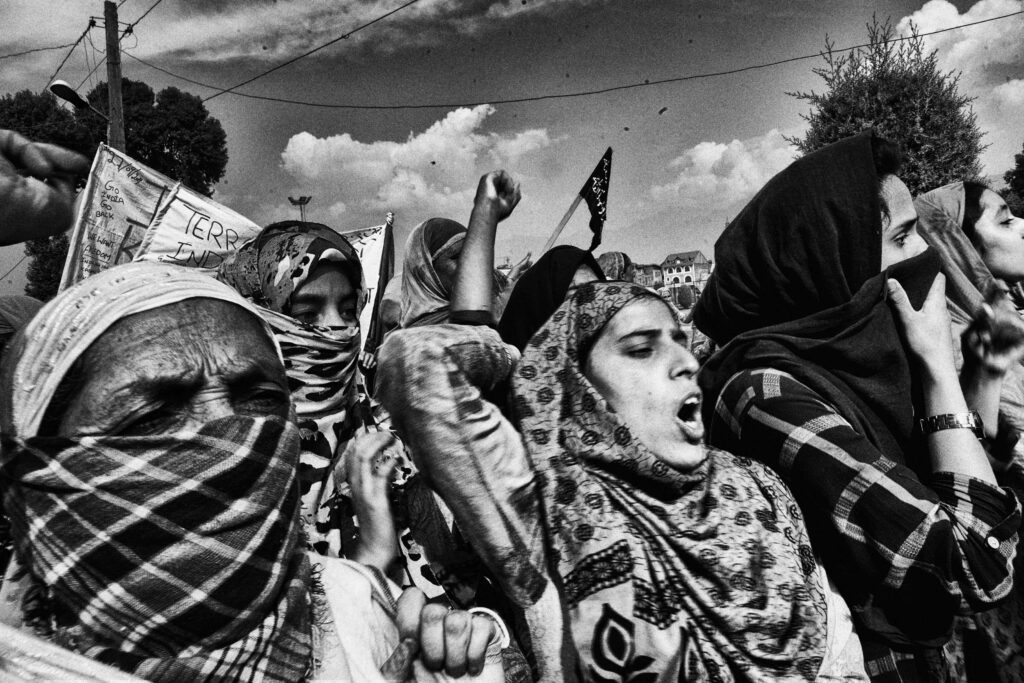 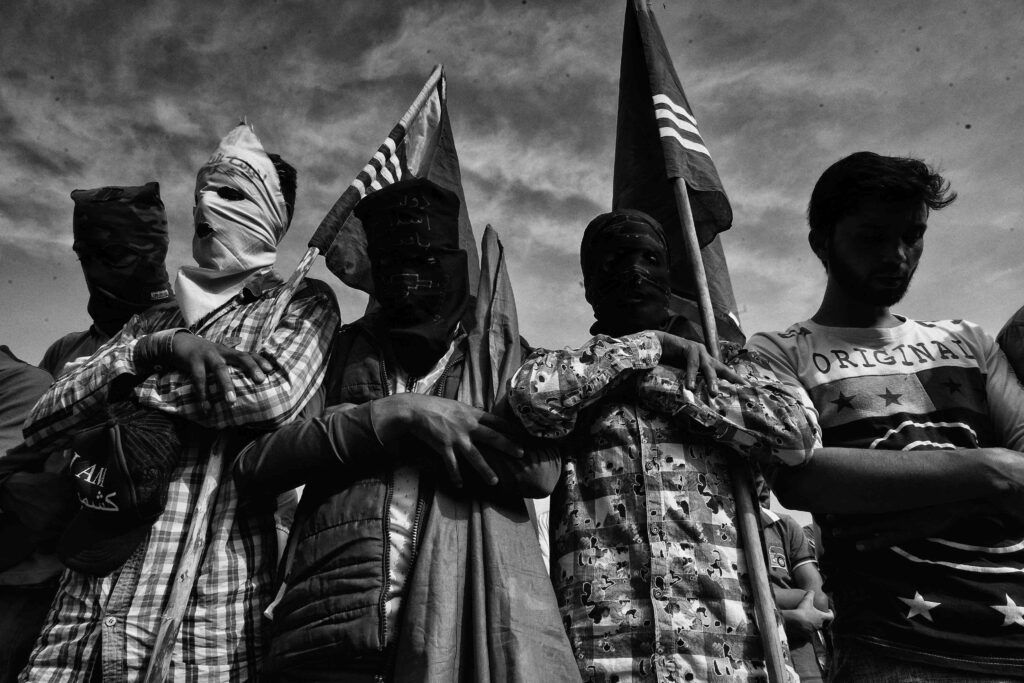 GJ: What do you see is the biggest problem about the current narrative of what's happening in Kashmir?

Rai: The current narrative from the Indian media is a big lie. Aside from The Indian Express, The Hindu, Quint, The Wire, Scroll and a few others, most of the Indian media and Indian TV channels tell lies.

The problem is that most of India is feeding on this lie. A death in Kashmir is celebrated in much of India because Kashmiris are dehumanized...anyone who says [otherwise] and speaks on their behalf risks being detained. The truth is that...for 75 years, India has claimed Kashmir belongs to them. And after seven decades, [it] has offered them nothing apart from cruelty and violence.

GJ: What do you hope to express with your photography?

Rai: I always thought the photographer cannot change government policy or the military presence in Kashmir, but I can create space for conversation. I can humanize the people of Kashmir. I try to capture their daily life.

If you Google images on Kashmir, you will see beautiful mountains and trees, really cute children and these beautiful ladies. So we've always seen these images of Kashmir but what about the ordinary life of people and the trauma they deal with?

Any child or any mother can tell you about a killing that is known to them from their distant family or close up… Kashmir is a war zone and in a war, you cannot be victorious, you will only find pain and suffering. If you don't acknowledge the victims and survivors in Kashmir, you will make the problem much worse…Those who've been affected must be made whole and allowed to live happy and free lives. 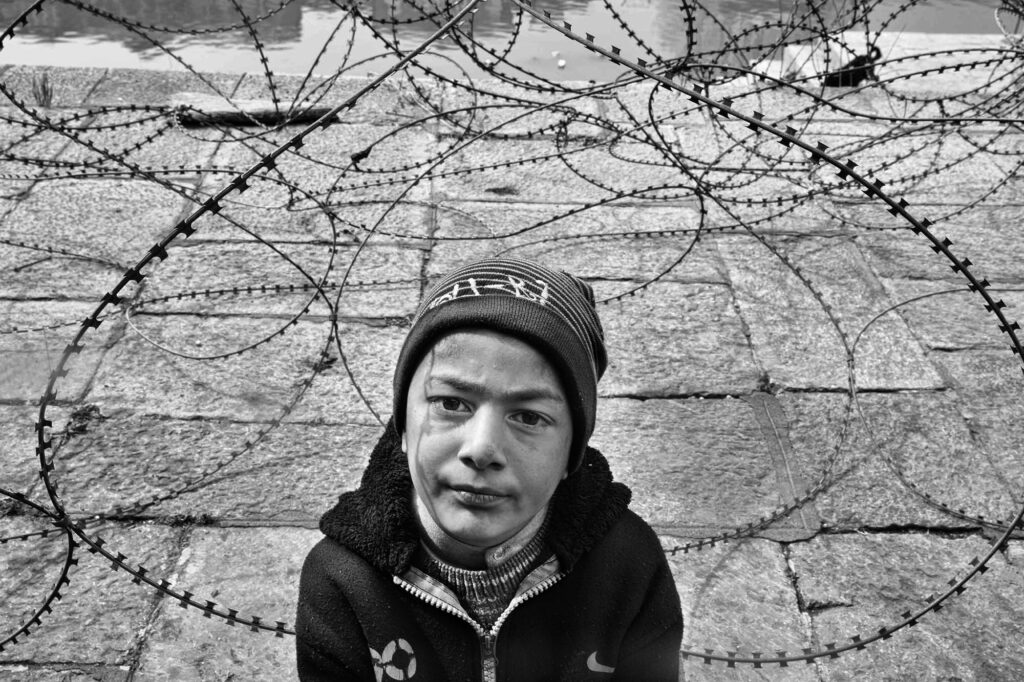 GJ: Your decision to shoot in black and white makes your work feel almost poetic. Why did you make this decision?

Rai: I would experiment with color. But the thing is when I'm trying to put something out there for the world to see, I don't want people to be distracted by color. I want them to look at the eyes, I want them to look at emotion. So you mute the colors to keep the emotions there, because that is what matters most in a place like Kashmir.

GJ: What is a story from your work that stands out to you?

Rai: There were these five 7 year olds walking around with me showing me this [battle] site and pointing at the walls because it was completely destroyed - there was nothing left. It was a civilian's house and that poor man lost everything.

The moment I picked up my camera to take a picture, these boys showed me bullet holes in the wall. No 7 year old should be able to identify a bullet hole or fear being shot by government forces. I think this fifth of August [crackdown] has been an attack on the minds of Kashmiris more than anything else. By shutting down everything, they're trying to humiliate, traumatize and crush their morale. 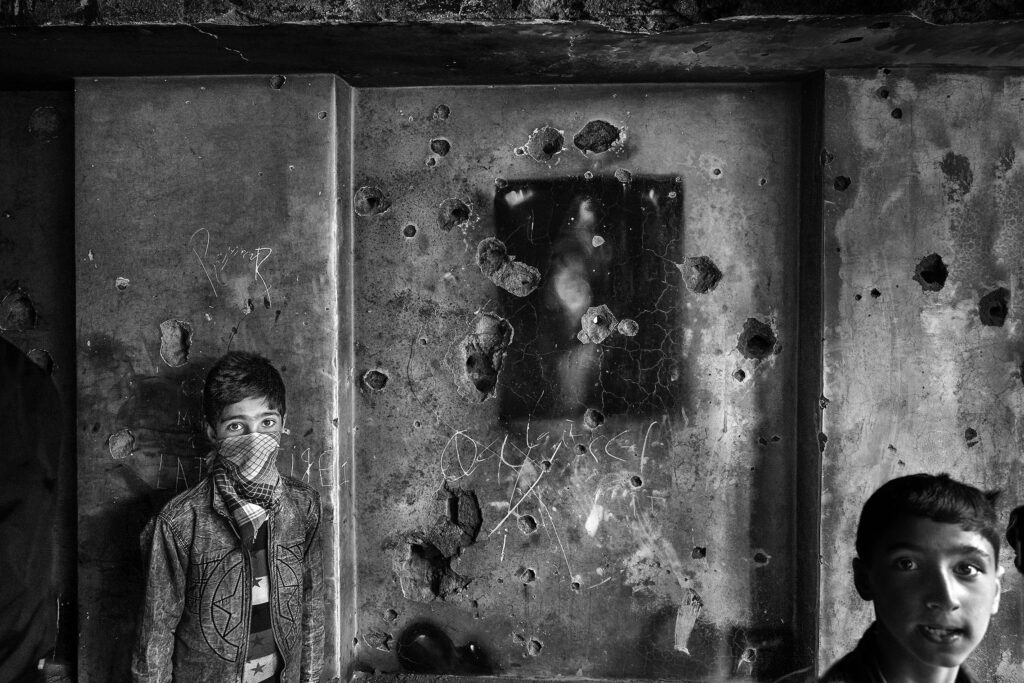 There is a village in Budgam, which is one of the districts in Kashmir. An aircraft crashed and there is a pool of petroleum, water and a mix of other things, including the shoes of people who've passed. Now, if that literally is your playground, if a version of that is something that is common to the children and the people of Kashmir, then again, what is the future? The world must know the conditions we've forced onto these people. 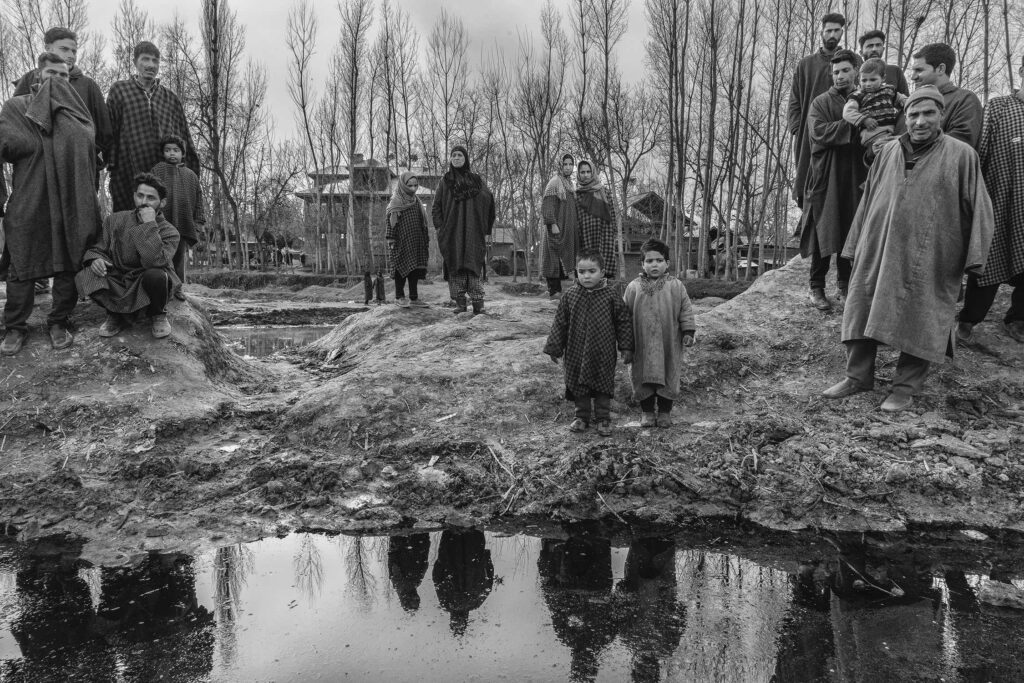 GJ: Why do you keep returning to Kashmir?

Rai: I have tried to be detached because sometimes that's what we're taught as photographers – but the thing for me is that I can't stay detached. It's very difficult; I feel responsible. I know photographers who have shot for so many decades who are disconnected after they take a picture. I just feel too connected to the people of Kashmir, that’s why I keep going back. I don't get paid to return, but I always do. It's like a home. I want to see the people there happy, safe and free.