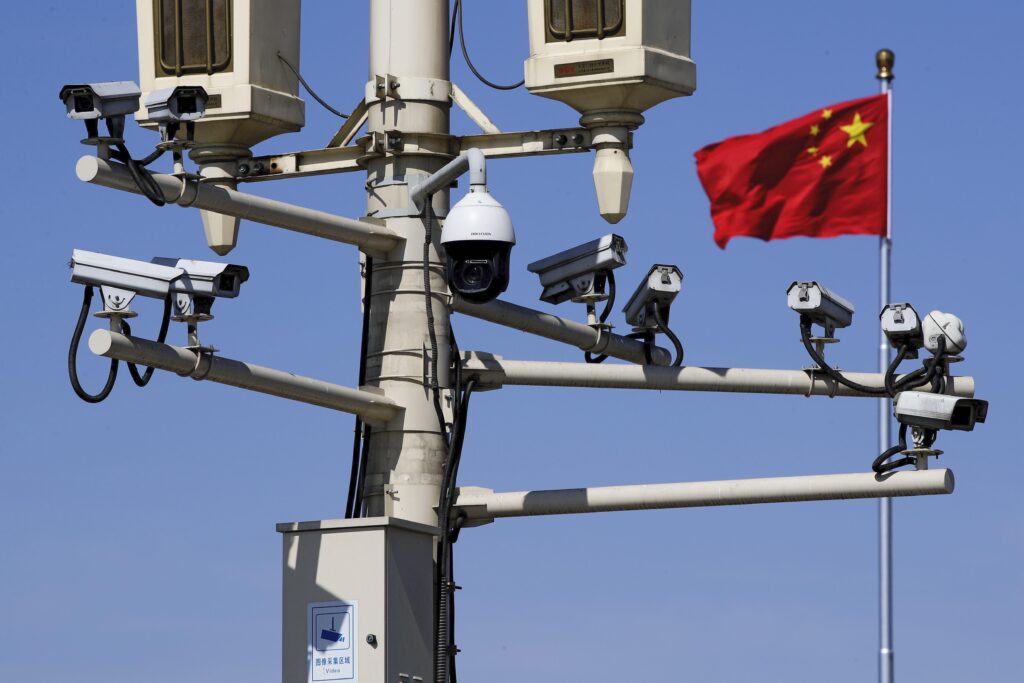 A Chinese national flag flutters near the surveillance cameras mounted on a lamp post in Tiananmen Square in Beijing, March 15, 2019. (AP Photo/Andy Wong)

China has a long history of conducting surveillance on its population. Yet technology is now allowing the government to keep tabs on its people in ways that are perhaps unparalleled in human history.

In particular, China is conducting an extraordinary program of mass surveillance in the western province of Xinjiang.

More than half of Xinjiang’s 24 million people are ethnic Uighurs, a Turkic-speaking Muslim minority group that has long chafed under rule from Beijing.

In the past three years China has aggressively expanded a campaign called “Strike Hard Against Violent Extremism” targeting Xinjiang’s Uighurs.

This effort has led the state to intern hundreds of thousands of Uighurs and other Muslim minorities in political reeducation and detention camps. And it’s been enabled by a vast surveillance state that collects vast amounts of personal dataL including people’s genetic information, their travel and even their personal networks.