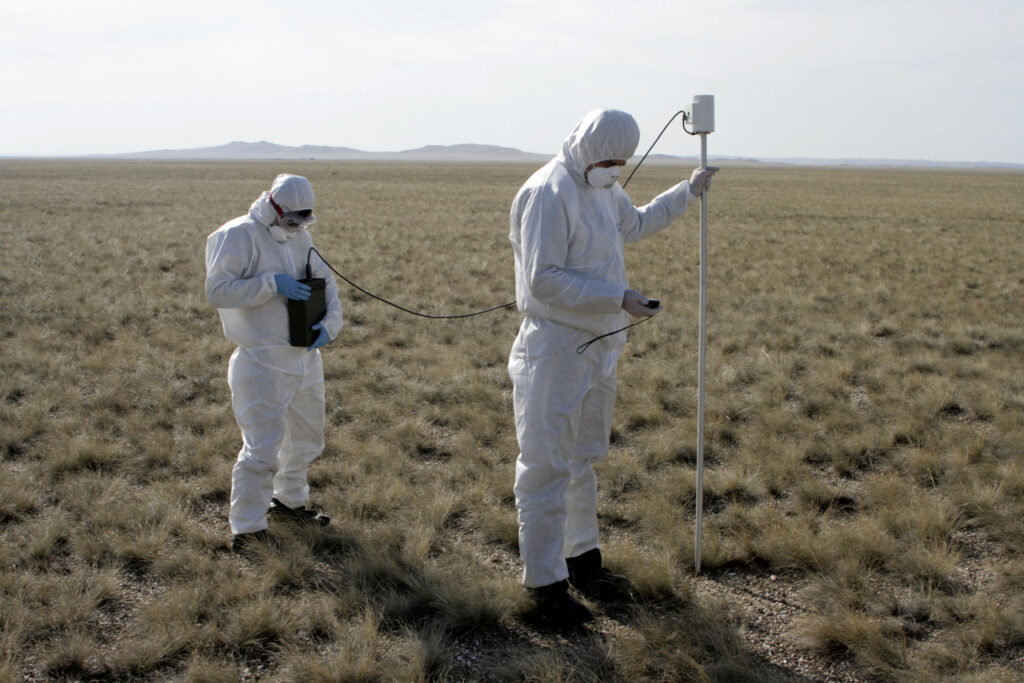 Experts take measurements during an exercise at the former nuclear test site of Semipalatinsk, northeastern Kazakhstan in 2008. (AP Photo, File)

The Soviet Union's nuclear program was once one of the largest in the world. But from Chernobyl to the empire's former nuclear test site in Kazakhstan, the legacy of that program still affects tens of thousands of people in the former Soviet republics of Kazakhstan, Belarus and Ukraine.

On this edition of Global Journalist, we learn about the Semipalatinsk test site in the Central Asian nation of Kazakhstan, where more than 400 nuclear weapons were tested and where local people now graze their animals near thermonuclear bomb craters.

We also examine the lasting impacts on Ukraine and neighboring Belarus of the 1986 meltdown of Chernobyl's reactor No. 4.