Fatima Tlisova didn’t make it easy for the Russian government to get rid of her.

As a reporter covering Russia’s fight against Chechen separatists in what was known as the Second Chechen war in the early 2000s, she was kidnapped, beaten and had her fingertips burned with cigarettes by Russian security forces. A colleague at the independent newspaper Novaya Gazeta who also wrote critically of the Chechen war, Anna Politkovskaya, was murdered in 2006. When she later worked as a correspondent for the Associated Press, pro-government media labeled her a traitor and a CIA agent. 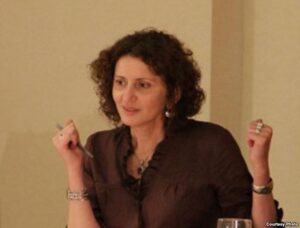 Tlisova was threatened again and again, and still she stayed, reporting from both Chechnya as well as the other small Caucasus republics where separatists fought against Russian rule. Finally in 2007, just months after Politkovskaya’s murder and with threats mounting against not just her but also her family, she decided to flee.

Tlisova went first to Turkey. Then, after being granted political asylum in the U.S., was resettled in Erie, Penn. and worked at a plastics factory for $6.25 per hour. With the help of the Committee to Protect Journalists, she won a Nieman Foundation fellowship to study at Harvard University and was able to relaunch her career in journalism. In 2015, she was invited to the White House to meet then-president Barack Obama in honor of World Press Freedom Day.

Born and raised in a small town in the republic of Karachay-Cherkessia, east of the Black Sea resort of Sochi, Tlisova now lives in Washington, D.C. and works for the Russian-language service of the Voice of America. Her two children, now in their mid-twenties, live in the U.S. as well.  Tlisova, 52, who also uses the last name Tlis, spoke with Global Journalist’s Connor O’Halloran about the extensive efforts by President Vladimir Putin’s government to silence her, and her rocky transition to life in the U.S. Below, an edited version of their interview: 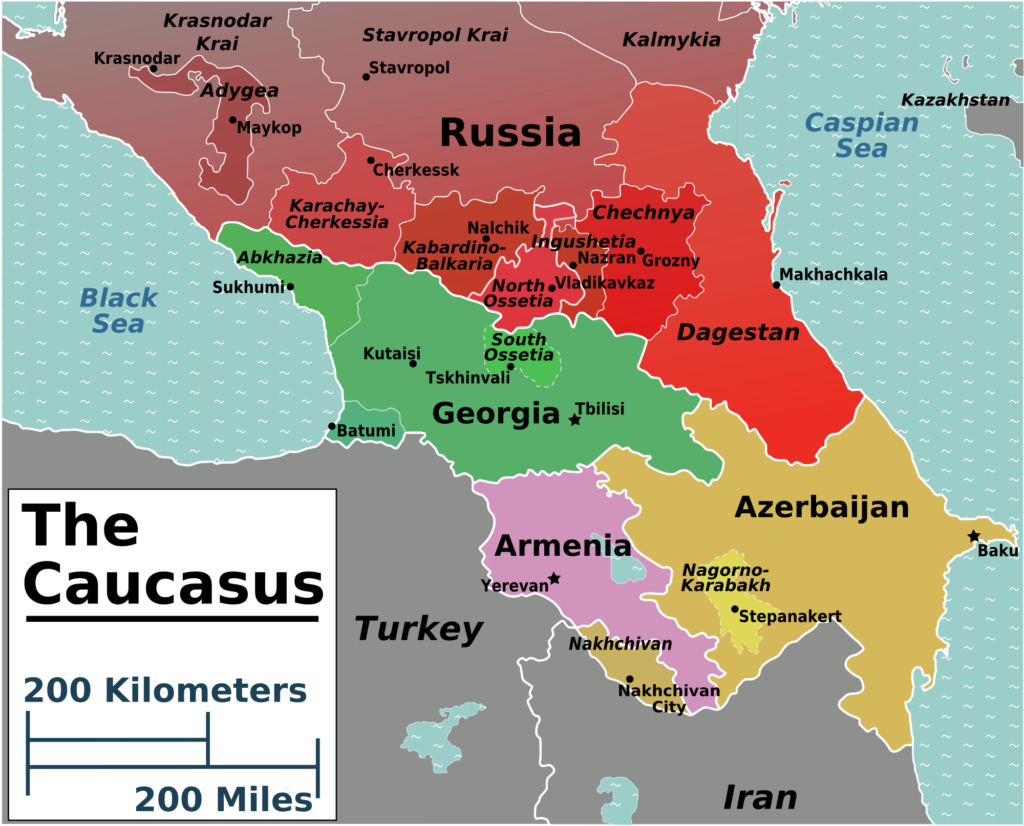 Global Journalist: Tell us about the first time you got into trouble with Russian authorities.

Fatima Tlisova: The first issue happened in 2001 when I started reporting on the war in Chechnya and the so-called ‘special operation’ the Russian military was conducting all around the Caucasus. Some of my reports, most of them actually, did not please the authorities.

I reported about the behavior of the Russian commanders…and I witnessed their behavior towards Chechen girls and the local people. And I wrote an article about that. So I was punished, and by punishment, I mean that it was physical. Two large men, unknown to me, ambushed me next to my house and they physically attacked me…I suffered more than one broken rib…

At the end, they said, “Nothing personal. You know what you are punished for.”

After that there were many different situations when I was arrested, kidnapped. This escalated [when I went to work for] AP because at the time, foreign reporters had to obtain multiple licenses and permissions to get to the Caucasus – and I was reporting directly from the Caucasus. Most of the time, the reports I provided were absolutely exclusive because no other factual, reliable, eyewitness journalism was coming from the Caucasus – especially to the Western audience in English.

So suddenly the government media started publishing and broadcasting reports calling me a CIA agent, calling me a traitor to Russia because I was working for the AP…what they saw as American media.

GJ: How many times were you detained?

Tlisova: Almost weekly. Anytime I was assigned to go some place and to send reports. In Russia, especially in the Caucuses at the time, there were military installations called ‘block posts’: military or police or combined, at every entrance road to every single city or town. Imagine you have to drive to several villages or even cross borders between republics.

That means that at every single block post, you are going to be stopped, you’re going to be pulled in. Your body’s going to be searched, your possessions searched. Every single time they were waiting for some command from above before they would release me. Sometimes it lasted for an hour, sometimes for a day. 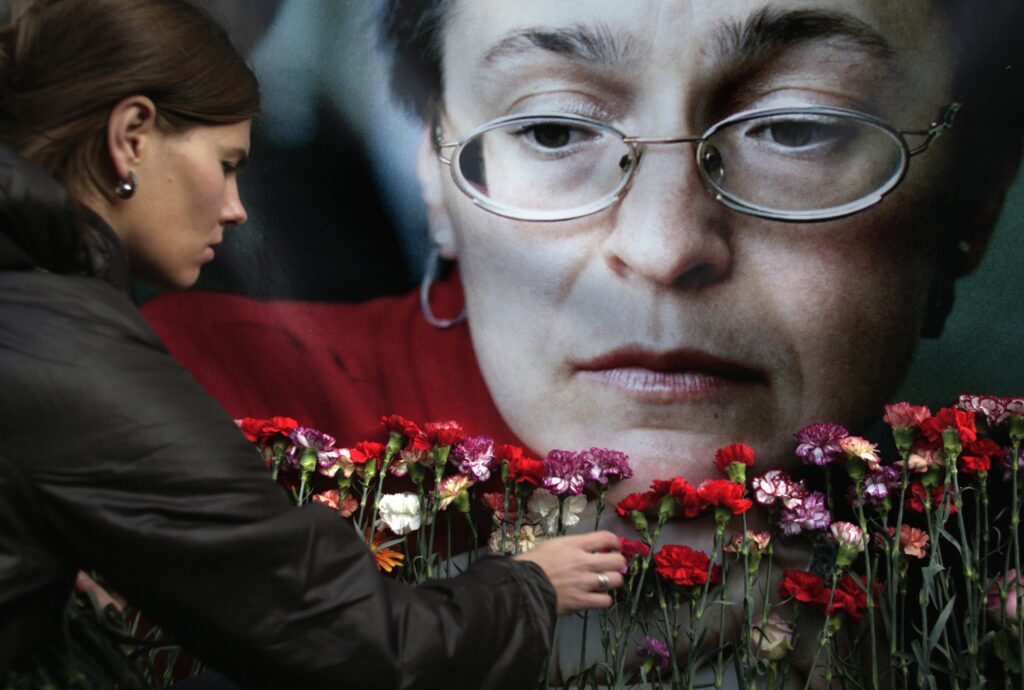 Tlisova: The kidnapping happened when I was trying to help two German colleagues from Moscow to write about a local insurgency in Nalchik, Kabardino-Balkariya [200 km west of Grozny, Chechnya].

I had a meeting with them scheduled that day and I decided to stop by my bank to withdraw some cash. At the exit of the bank, there was a car. At that time, I’d been under 24/7 surveillance for months – and I could even identify cars that belong to different [security] departments. All of them were following me in different vehicles.

This time, it was an FSB [Russian internal security service] vehicle. They usually have tinted windows, absolutely dark. They cut me off and the door opened. A voice said, “If you want to see your children again, get in.”

My kids, I knew they were at school. I had no ability to check on them so I just went into the car. They took me outside the city. There was this forest that was not very populated…not many people walking around.

They kept me there for the entire day. They were very angry. One of them said: “You don’t know, but two very good guys were fired today from the FSB. Do you know how much they had to pay in bribes to get those positions? Now they lost everything. Who’s going to feed their families?”

And that continued with insults, with beatings, with [them] burning cigarettes on my skin for an entire day.

Apparently, they’d been waiting for some kind of command about what to do with me next. Later on, I learned that somebody inside the FSB alerted a friend who was a very influential businessman. His name was Stanislav…he interfered and a source [later] told me that he had to pay the FSB for my release.

The next morning I was all covered in bruises and burns.

GJ: So it was after that you finally took the decision to leave?

Tlisova: It wasn’t exactly that moment. But almost a year later. These arrests continued.

When your friends read some nasty stuff about you in the local newspapers or government newspapers, the first time they call you, they laugh. But when they read it three or four times, you notice that when you see a longtime friend on the street, they just can’t look you in the eye. He or she just crosses the street and pretends they can’t see  you.

And then sometime later they’ll call you from a public phone and tell you: “Please don’t think bad about me. If I just exchange two words with you, I’m going to be called in by the FSB and questioned.”

That explanation was actually good enough for me to stop contacting even close friends.

I understood that the entire [government media] campaign was not only to punish me and not only to scare me from doing my duties as a journalist, but also to discredit and isolate me. It was a combination of different methods to silence a journalist.

GJ: So when did you finally decide to leave?

Tlisova: I never wanted to leave. I love my work, I was very successful as a journalist. I felt that journalism was my calling and my mission. But at a certain point, I realized that this wasn’t about me anymore. It was about my family.

In 2006, a group of 15 masked men raided my parents’ house who lived 200 miles away from me [in Karachay-Cherkessia]. They searched the house, turned it upside down. My father kept asking: “What’s going on? What are you looking for?”

When they finished, they told him, “Thank your daughter.”

I was prohibited from ever entering government buildings, but suddenly in 2006 I received this phone call inviting me to meet with the head of the presidential administration of Kabardino-Balkraira [a small Russian republic in the North Caucasus]. I knew the man before he joined the government and I knew he was a good man, so I decided I should go.

That man actually started shouting at me as soon as I opened the door. He said: “What do you think of yourself? Disgracing our republic before the entire world? What kind of articles are you writing? What kind of reports?”

At the same time, he was frantically writing something on a piece of paper. And then he showed it to me.

It said: “Please leave. They’re going to kill you.”

He saw that I read the comment and he kept shouting. And then he started tearing that piece of paper apart into very microscopic pieces. He didn’t even dare to trash it. He very carefully collected the pieces from his table and put them in his pocket.

This wasn’t the only warning. There were a lot of warnings, but some of them I totally dismissed.

There were two instances that I thought were genuine, sincere and clear. One of them was the minister.

The other guy was my former classmate, who became head of one of the FSB departments. Once, like they always do, a car cut me off on the sidewalk. It stopped and he jumped out and said, “Don’t worry, it’s me.”

We greeted each other, and then he said, “I know you’re going to think they sent me to scare you, to frighten you. Trust me, I’m coming at my own risk. I know if this gets out I can lose my job.”

He said, “But just so you know, we have lists. You are on those lists. Those lists never expire.”

I didn’t ask any questions, and then he looked at me and he added, “Your friend Anna Politkovskaya, she was on the list. So we are clear what kind of list I’m talking about.”

The thought came to my mind, I mean, it’s horrible if they kill me when I’m alone. But what if they do something when I’m with my kids? That is something I cannot allow or forgive myself for. That’s when I decided to leave. 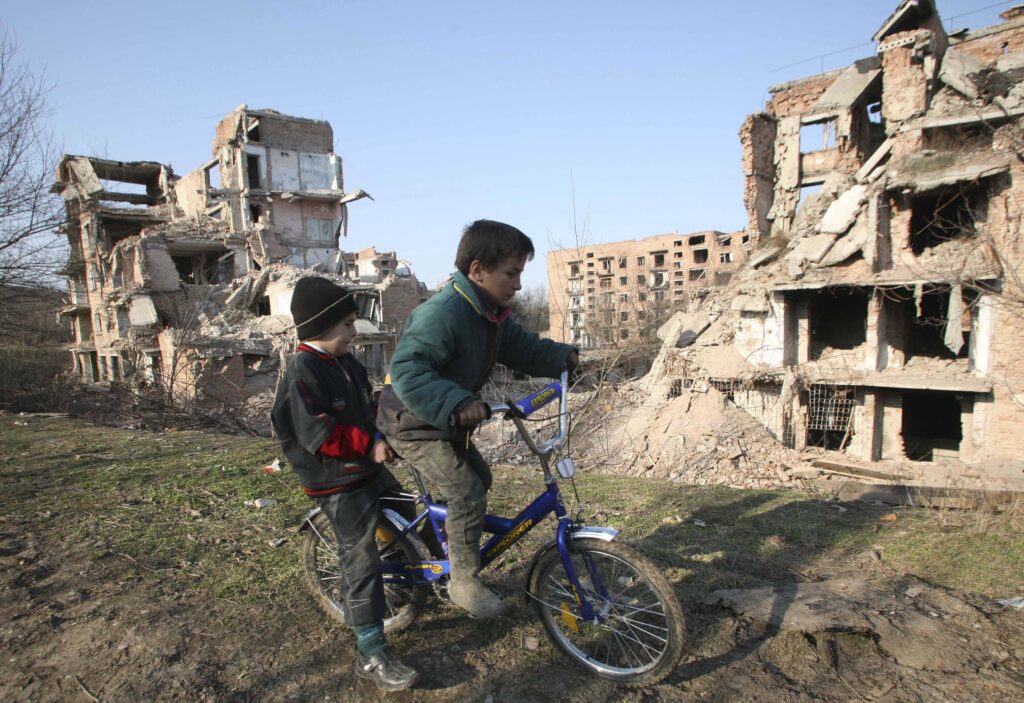 GJ: How did you finally get out?

Tlisova: I had to first go to Turkey. All I could bring with me was 25 kilograms of personal possessions. My entire life, everything had to be left behind. Of course, they took my computer. I lost my entire archive.

GJ: What happened when you got to the U.S.?

Tlisova: I see there’s a lot of talk about refugees…about how much money they take from U.S. taxpayers. Trust me, when you have to abandon everything and come here and start from zero, you cannot rent a house or a car. You can’t apply for a credit card. You have nothing!

So you just start from zero. I worked at a factory for $6.25 an hour. The plastic factory was producing plastic bottles for water and drinks. All of the refugees who came to that institution [in Erie, Penn.] worked at that factory.

GJ: How did you get back to journalism?

Tlisova: I wrote a proposal for a Harvard fellowship. It was in Russian because my knowledge of English was zero at the time. It was 2007. So I wrote the proposal in Russian. The Committee to Protect Journalists, they found somebody in New York who translated that proposal overnight…15 pages into English. Then someone in Boston took that proposal physically, in person, to Harvard.

My kids got scared, they ran to me. I said, “Harvard! We’re going to Boston!”