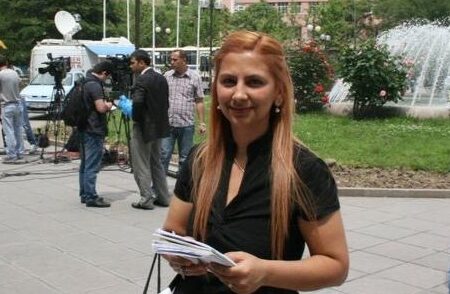 "One thing is broken: my heart."

When Turkish journalist Arzu Yildiz reported a major scoop in 2014, she had little idea that the story might lead to the end of her journalism career, the loss of her home, and separation from her family.

Yildiz, then a reporter for the Turkish news site T24, was the first to report that local prosecutors in southern Turkey had intercepted a convoy of trucks bearing Turkish arms heading for Syria.

The disclosure had put Recep Tayyip Erdogan’s government in an awkward position, since Turkey had long denied that it was sending aid to rebels fighting Syrian President Bashar al-Assad’s government. 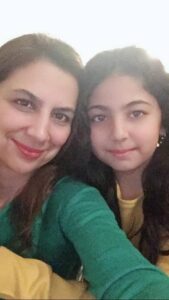 When Yildiz later published footage of the of the prosecutors being put on trial, she herself was sued by the government. In May 2016, she was stripped of the guardianship of her two young children and sentenced to 20 months in jail – a decision which was stayed pending the approval of an appellate court.

But then Turkey’s climate for the press, already bad, took a sharp turn for the worse. In July 2016, a group of dissident Turkish military officers attempted to overthrow Erdogan in a coup. When it failed, Erdogan’s response was ferocious. Tens of thousands of soldiers and government workers were purged and media outlets viewed as critical of Erdogan were shuttered. In the aftermath, more than 300 journalists were arrested. As for Yildiz, after security forces appeared at her home with a warrant for her arrest, she and daughters Emine, then 7, and the infant Zehra, escaped into hiding. They lived in secrecy in a single room for five months.

“I could not continue living in this one bedroom,” she says. “It begins to affect you psychologically. Every time the door is knocked, you would think it was the police.” 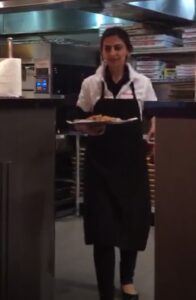 Yildiz, at work in Toronto.

In November 2016, Yildiz left both girls with their grandparents and fled across the border to a refugee camp in Greece. She was quickly given asylum in Canada and moved to Toronto by herself. In 2018, her eldest daughter Emine joined there, but Zehra, now 3, remains in Turkey.

Global Journalist: How did you get into journalism?

Arzu Yildiz: After I finished school, I was a court reporter for a long time. I reported on the police and the justice system. I never cared about politics or the government I only focused on justice. I worked with Taraf [a liberal Turkish national newspaper] for over five years. After this I tried doing journalism independently at T24 for a couple of years.

For two months I worked [for a newspaper] close to Erdogan’s party, a big newspaper called Türkiye. But they censored my news. After that I quit. All this time, I may be the only woman court reporter who knows the law as much as a prosecutor or judge. When I was doing journalism, I was studying the law. Some prosecutors didn’t read as much as me. I was interested in not only the justice system of Turkey but also the justice [systems] of the world.

GJ: How did you know it was time to leave Turkey?

Yildiz: Two days after the July 15th [2016] coup attempt, the police came to my house. After the coup attempt, a lot of [arrested] people faced torture and no one would have written about it. If I continued to be a court reporter, I would write what is really going on in court and why people were detained.

After the police came, I lived an underground life for five months. One of my daughters was just 7 months old and the other was 7 years old. We lived in one room together.

[Later] I realized that this is no life. I tried to give them a chance. I could not continue living in this one bedroom. It begins to affect you psychologically. Every time the door is knocked, you would think it was the police.

GJ: Are you still in contact with your family in Turkey?

Yildiz: The little one doesn’t know me or who I am, she has no mother. She is in Turkey with my parents. I saw her birthday only through video. I have no contact with her, no telephone calls, no nothing. I divorced my husband and I have no contact with my mother and father also. They lost their daughter too. I didn’t only lose mine.

The [eldest] one had a U.S. visa before. She came to the U.S.A. alone [in September 2018]. One of my friends took her to the Canadian border. My other daughter had no chance to come to Canada. They will not give her a passport because of me.

My mother is 73-years old, when this situation is over I don’t know what will happen. I may never see them [my parents] again. The Canadian government will not issue them a visa.

Some say: “Meet them in another country.” They must think I’m very rich. I cannot go to Ottawa right now because I am working two jobs and only just paying my rent. All of the family is affected, three generations. My oldest daughter, who is with me, always asks why we are separated from her grandparents. My children referred to my mother as their mother. 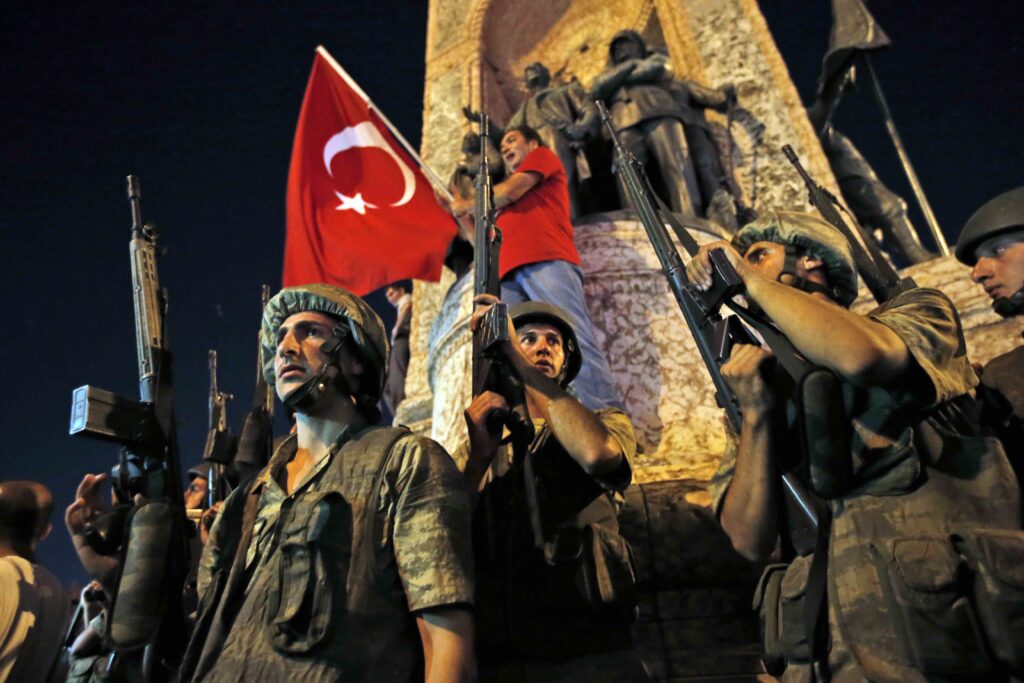 GJ: What issues did you see with journalism in Turkey before you left?

Yildiz: My goal as a journalist was seeking truth. We have no goals to be heroes or to be famous. We are not actors. We are not singers. We are journalists. The goal is to tell what’s right and who the heroes are through our stories. And if the world starts talking about them, I can say I did my job well.

I am not a religious person and I do not believe in any religion. Religion and racism are just the tools the politicians use for their benefit. I believe only in humanity. If I am dying, I do not want someone to define me only as a Turkish journalist but as a human. I do not care how a person looks or what they believe, only if they are honest. If you are a court reporter – like me – your only focus is if someone is innocent or if they are a criminal. 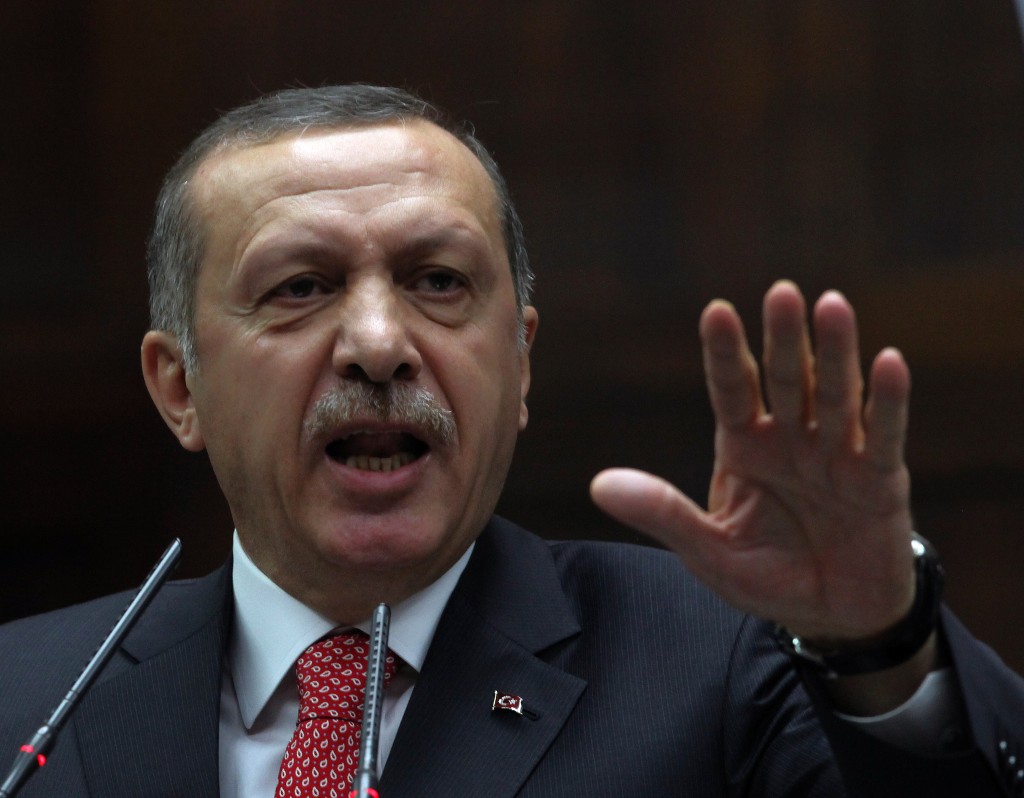 GJ: Do you have any plans to return to Turkey?

Yildiz: Before I came to Canada, I spent time in a refugee camp. The real meaning of being a refugee is not only the loss of the country, but loss of a family and being alone. I came with one t-shirt and no shoes. Believe me, I lost the shoes in the refugee camp.

I came with only cheap things. No mobile phone no nothing. Maybe $200 and that’s it. I will not be able to return to Turkey as they will put me in prison.

GJ: Has the pursuit of your work been worth it? You have done such brave work but also lost so much.

Yildiz: I lost so many things, no one can imagine. If I had the chance to return to the past, I would do this again. But one thing is broken: my heart.