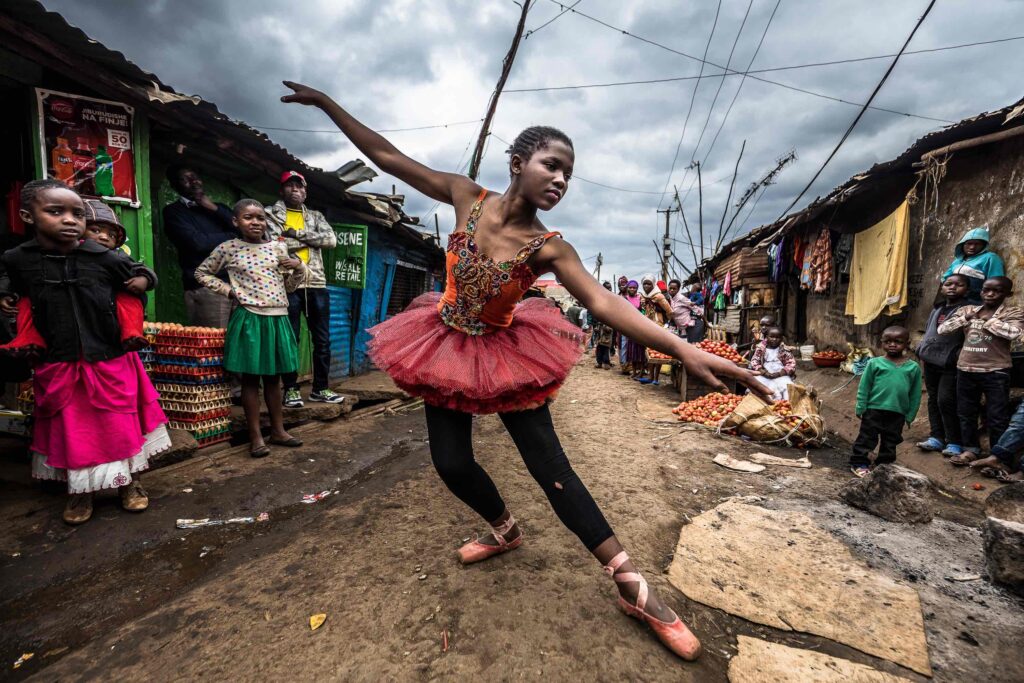 Elsie Ayoo, 16, a ballet dancer, trains along a busy street corner in Kibera. Ballet dancing is being taught at schools in Kibera through an arts program run by charities Anno’s Africa and One Fine Day, providing alternative Arts and education to children in Kenya. (Brian Otieno)

“I was seeing more than just the images of poverty.”

The Kenyan capital Nairobi has boomed in recent years as economic growth has generated high-rise office buildings and teeming traffic jams now dot what was once a sleepy colonial outpost.

But as Kenya’s economy has grown, the capital city has also swollen with new immigrants from the countryside. Many of these new arrivals wind up in slums like the city’s well-known Kibera neighborhood, a densely packed area west of the city center that is home to a population variously estimated at 170,000 to more than a half million people. 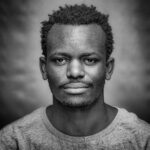 Photojournalist Brian Otieno, 26, was born and raised in Kibera. And while poverty meant many challenges for him and others who lived there, the Kibera that he saw depicted on screen and in social media seemed only to emphasize the squalor and chaos of slum life while ignoring moments of joy and beauty.

So as a novice photographer, he began documenting the world around him in a way that defied Kibera’s stereotypes. He posted his photos to the Instagram page ‘Kibera Stories,’ which has grown to more than 13,000 followers. The social media posts led to exhibitions in Paris and Berlin and a career as a freelance photojournalist.

Otieno spoke with Global Journalist’s Edom Kassaye about his effort to show the people of Kibera in a new light. Below, an edited version of their interview: 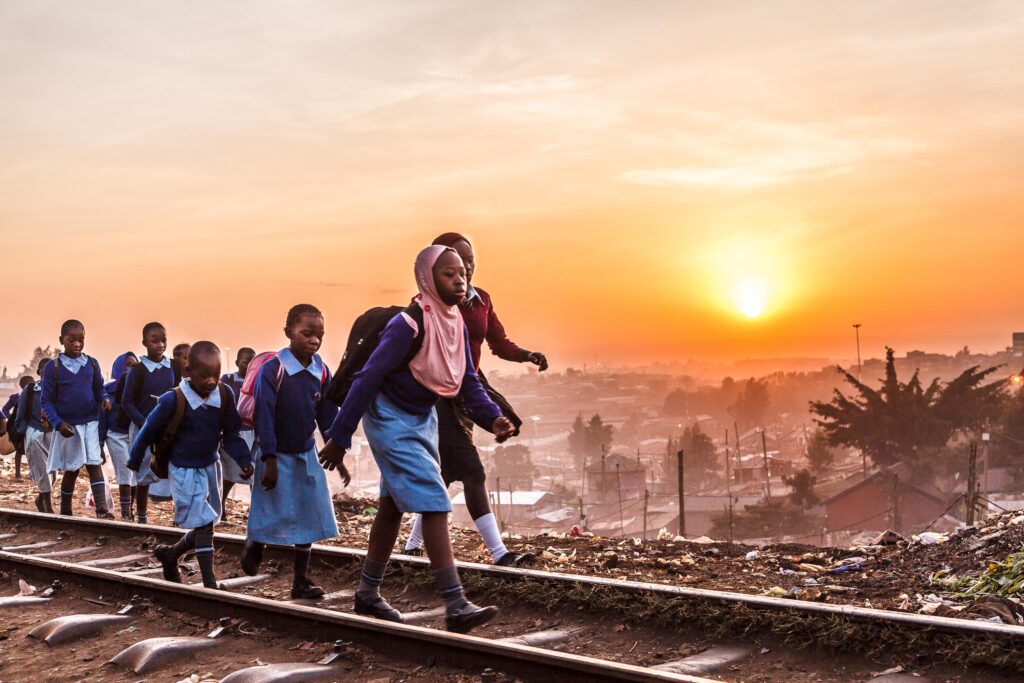 Children in Kibera going to school. 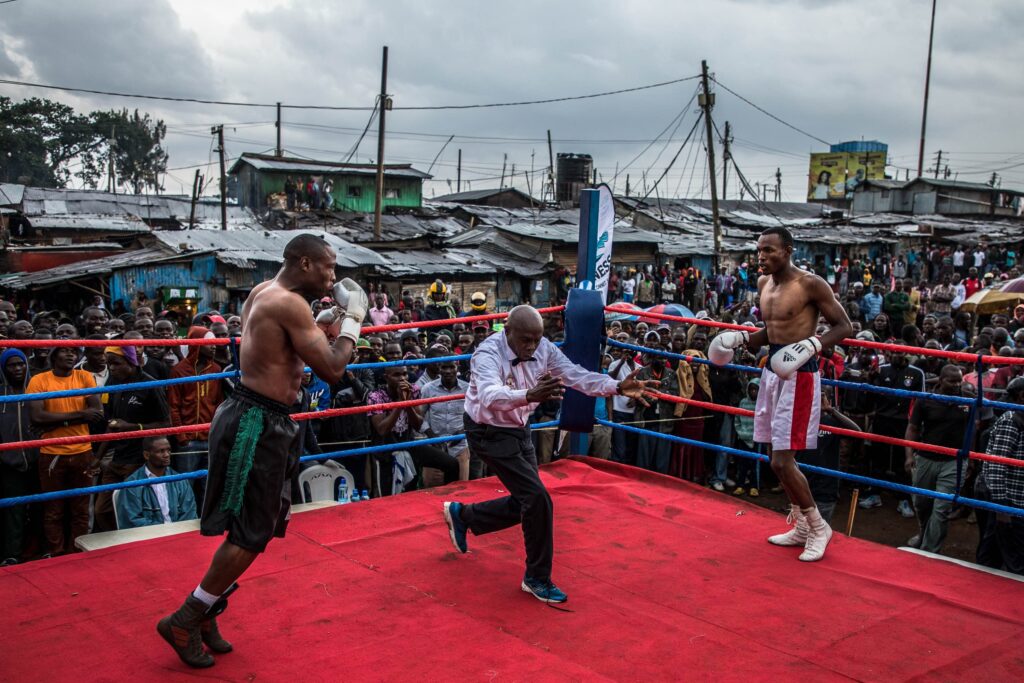 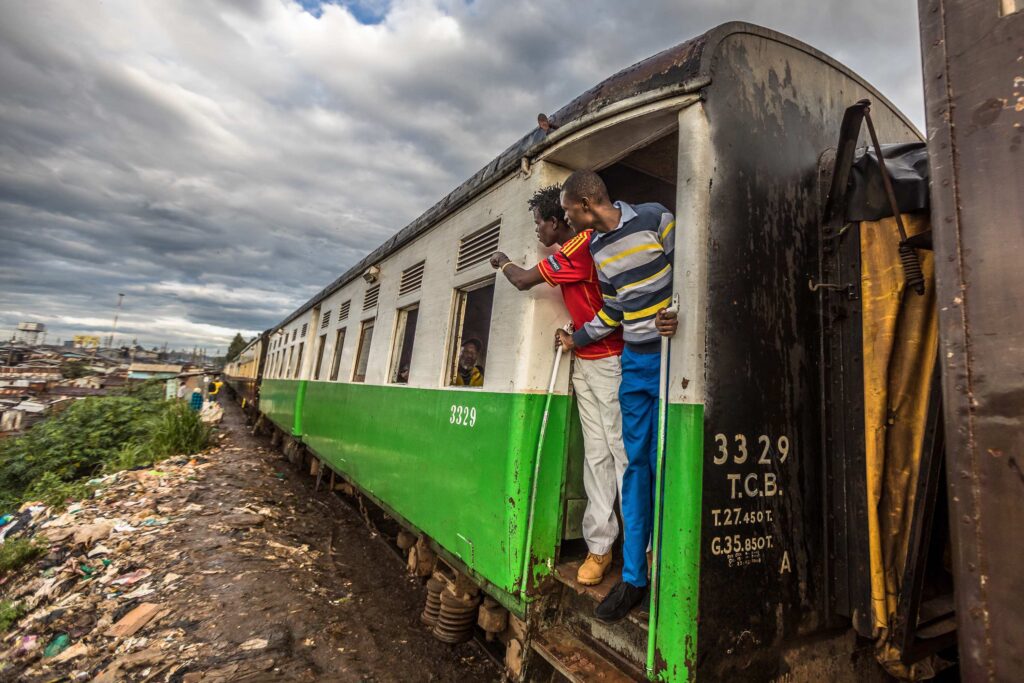 A daily commuter train to downtown Nairobi passes through Kibera. 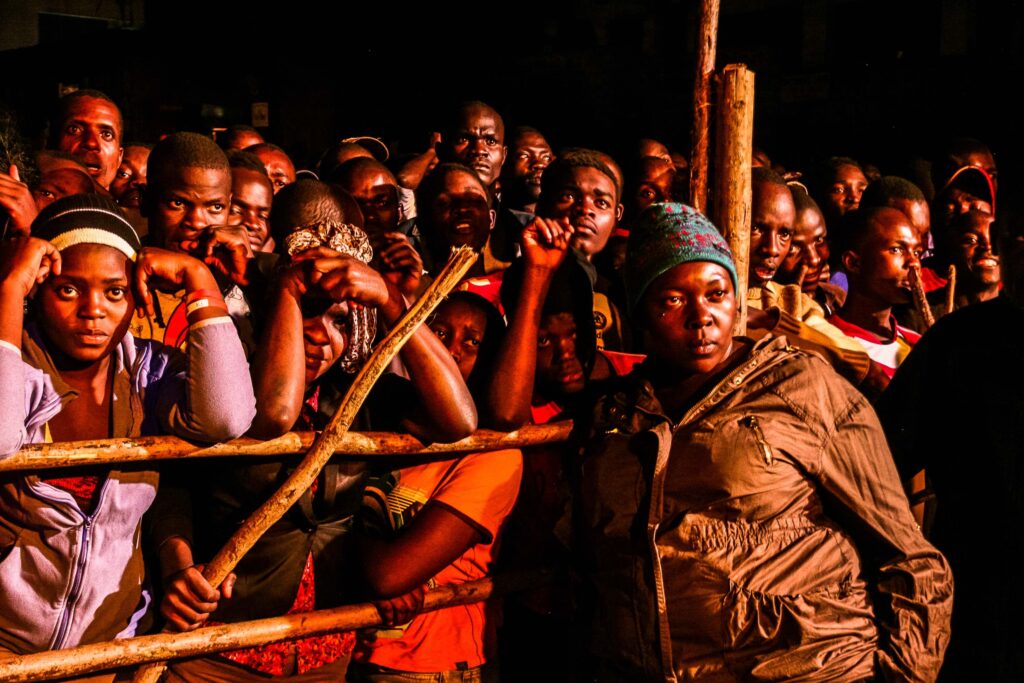 A crowd in Kibera celebrates the 2015 Kenya visit of Barack Obama.

Global Journalist: What was it like growing up in Kibera?

Brian Otieno: I was born and raised in Kibera. I lived with my mother, father, brother and sister. Sometimes it was always a struggle, but it was also fun. The kind of job my dad was doing wasn’t enough to provide for the family, sometimes he came home and said, “We don’t have money”. We all know those kinds of struggles, but in Kibera there is a sense of community. There is someone who is willing to help. Communities help you when you are in need. If you are having some kind of problems your neighbor can give you a hand, it was good and bad at the same time.

GJ: How did you become a photographer?

Otieno: No one in my family had a background in photography. I personally had this passion… I just started having a photographic heart and really developed a passion for photography. I started practicing with my cell phone camera and then I got a digital camera to improve my skills. 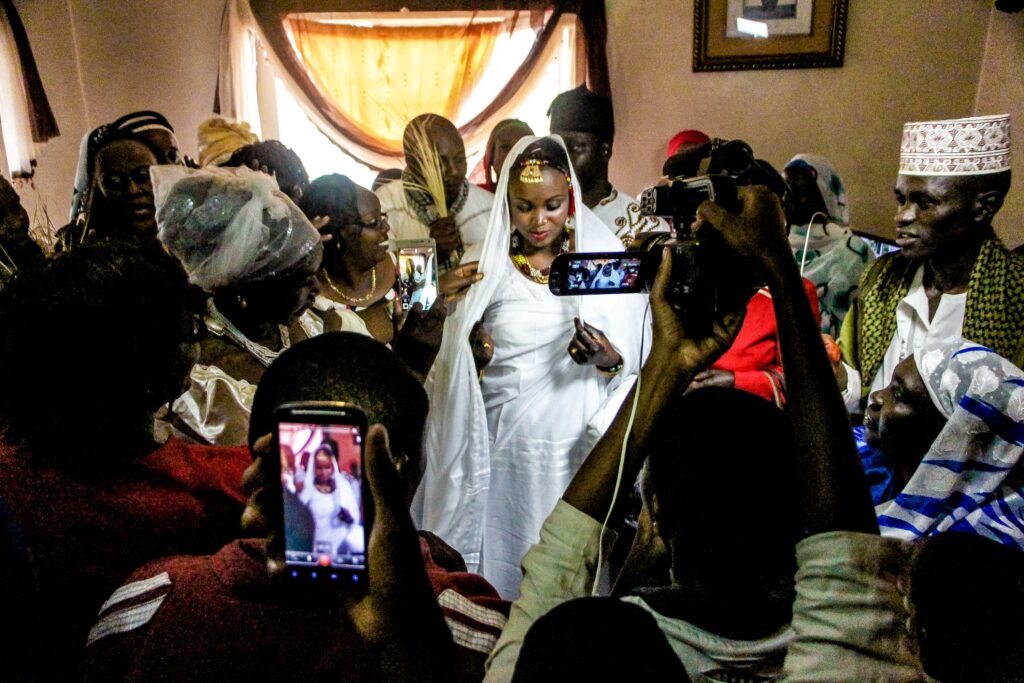 Fatma, a Nubian newlywed, in her parent's home in Kibera shortly after her wedding. 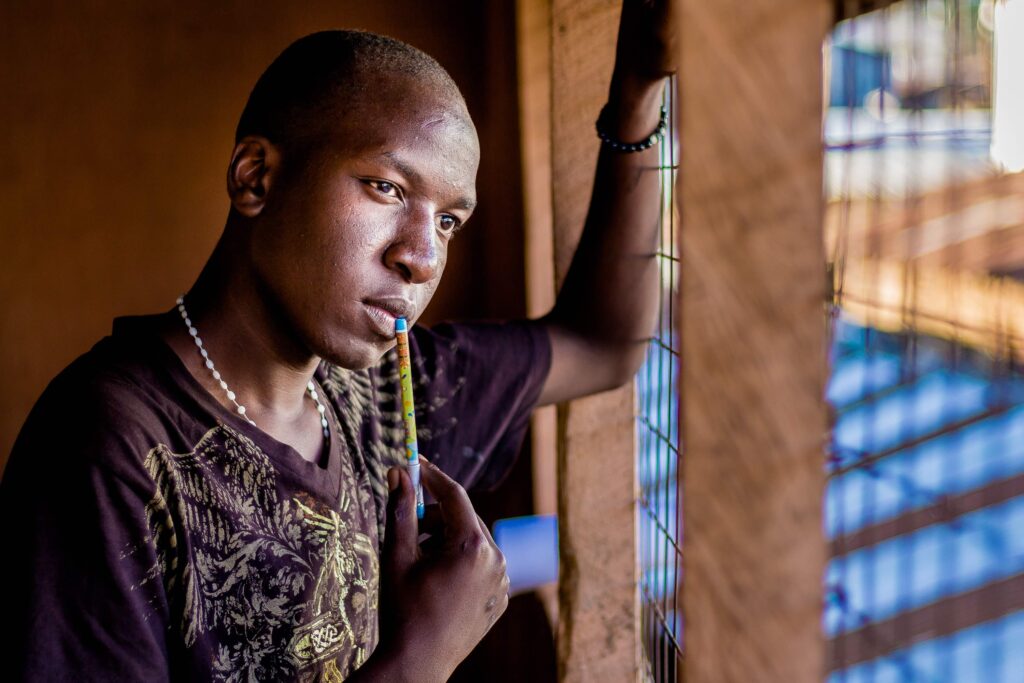 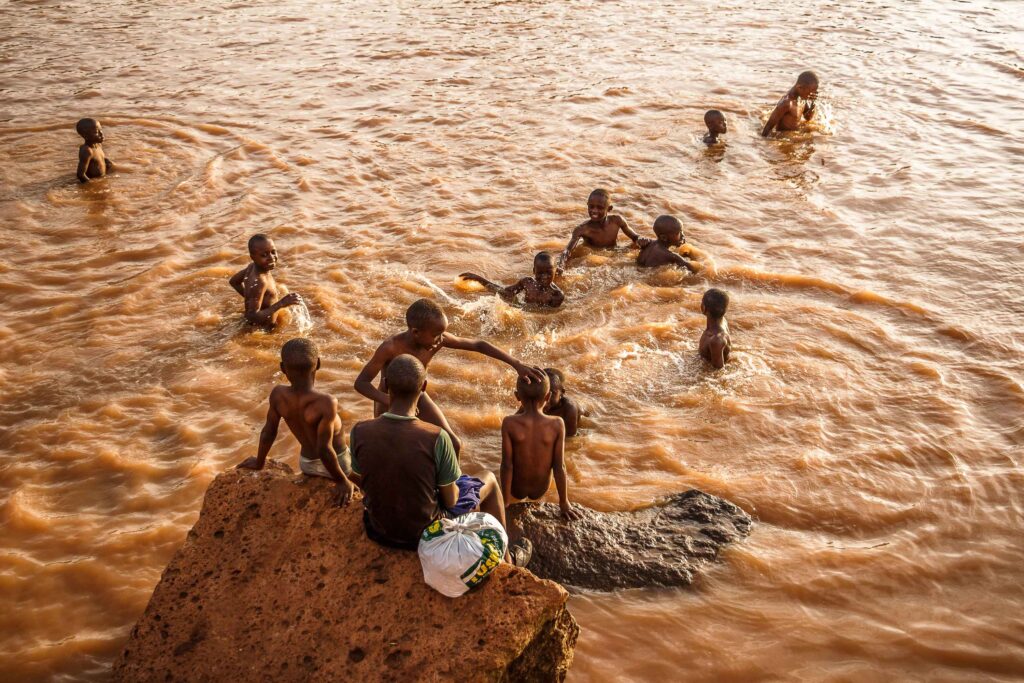 Children swim in a pit left open by road builders in Kibera in 2016. 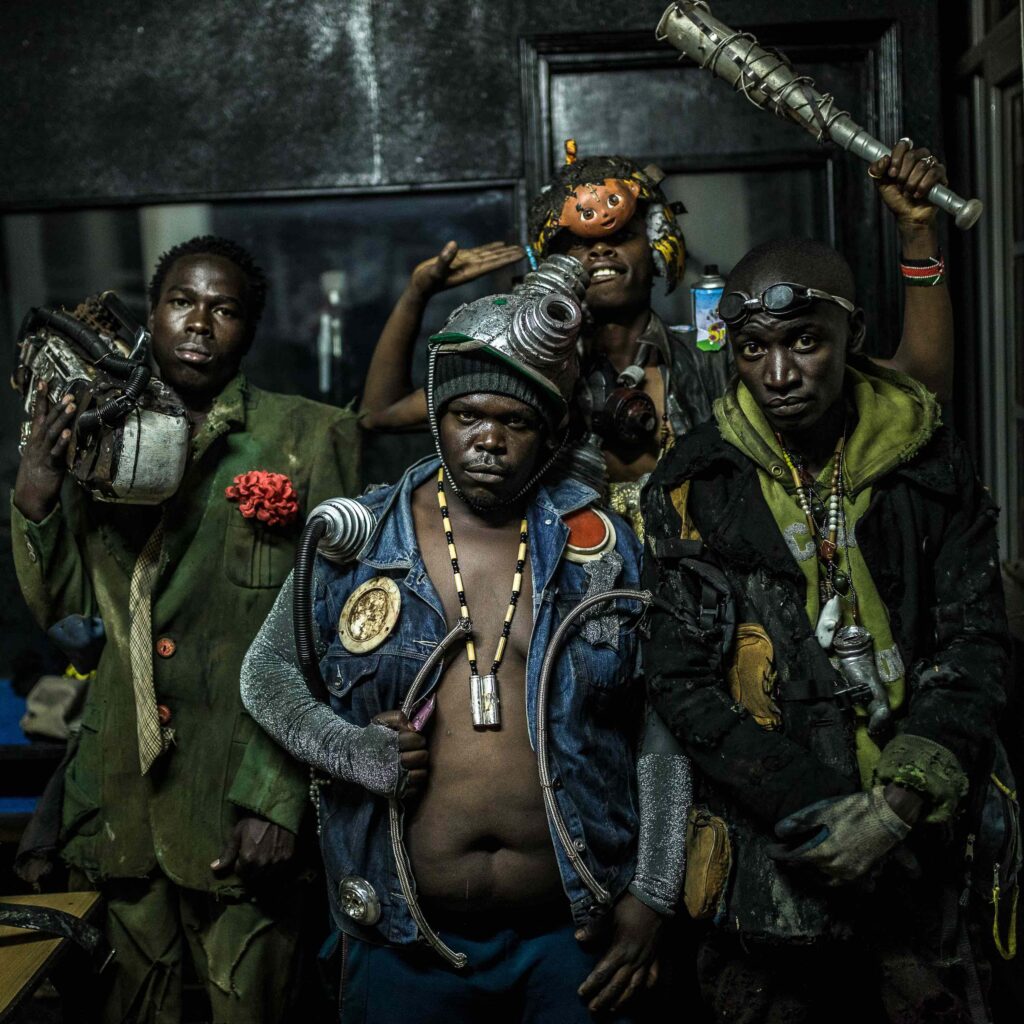 Artists from Kibera during a music video launch by Wakuu and Dandora Music Group in 2018.

GJ: You have a project specifically about Kibera, how did that start?

Otieno: This project is called Kibera Stories. It is about sharing stories in Kibera, it was a project that had explosive photography. When I finished high school and I was working in Kibera, I was looking around and seeing so many different things. I would look at things and think, “What if I could present this moment?”

One time I was sitting somewhere in Kibera and started Googling images of Kibera. The images I was seeing on social media, they only show you the negatives and the poverty side of Kibera. I was seeing more than just the images of poverty.

GJ: What messages are you trying to convey about Kibera through your photographs? 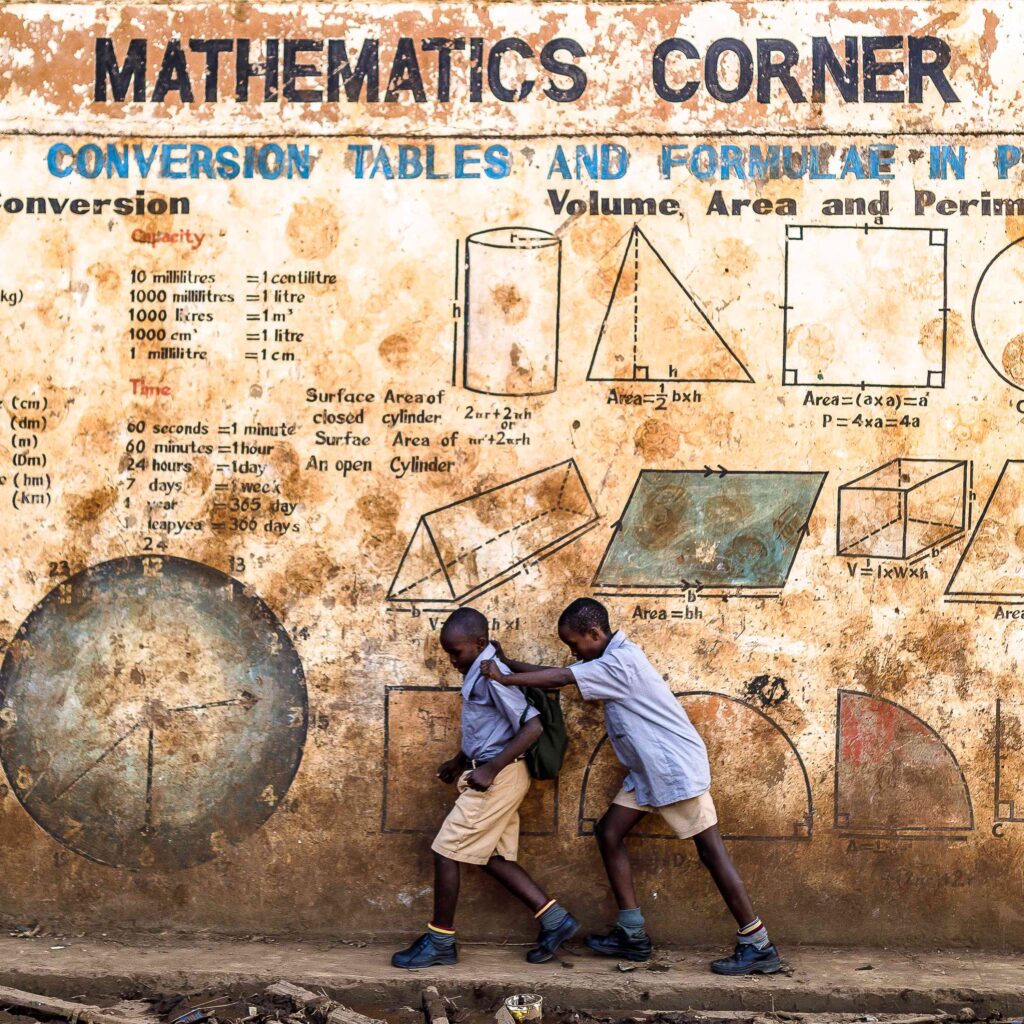 Children at a Mathematics Corner mural at Toi Primary School in Kibera. 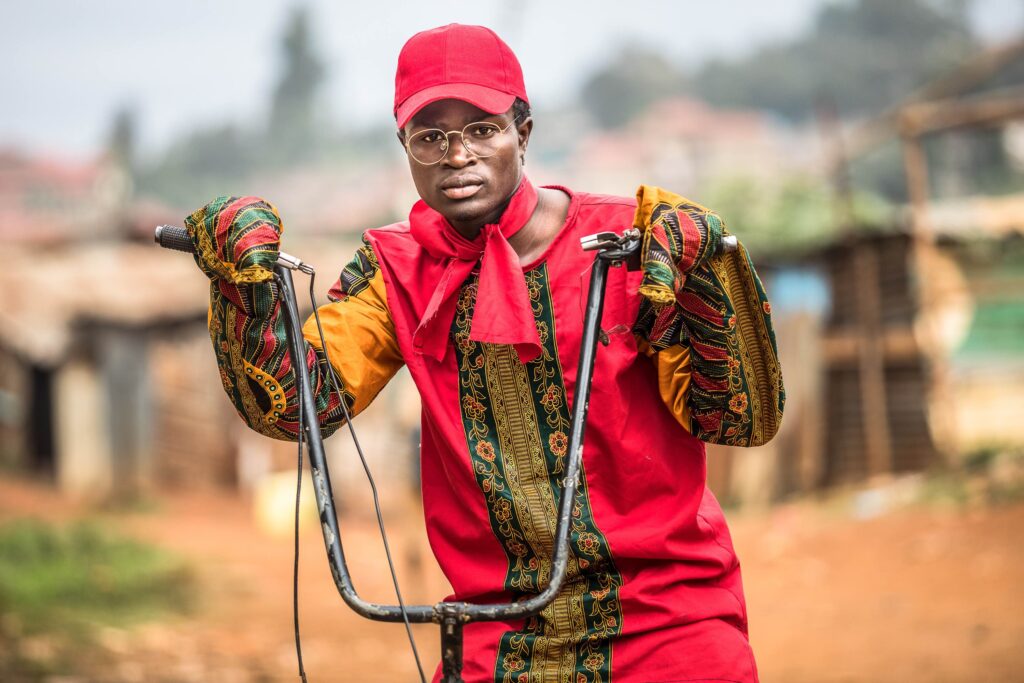 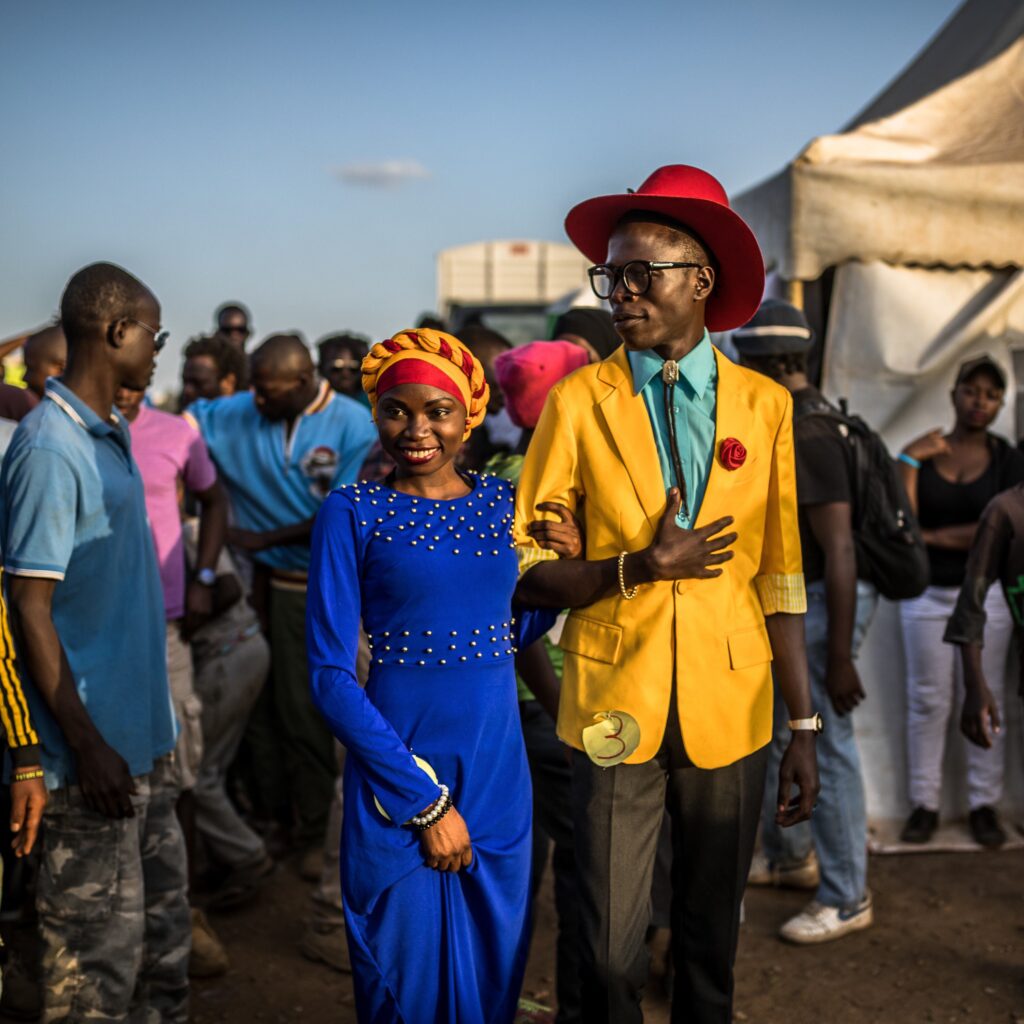 Contestants the runway during the 2017 Mr. and Miss Kibera fashion and beauty pageant. 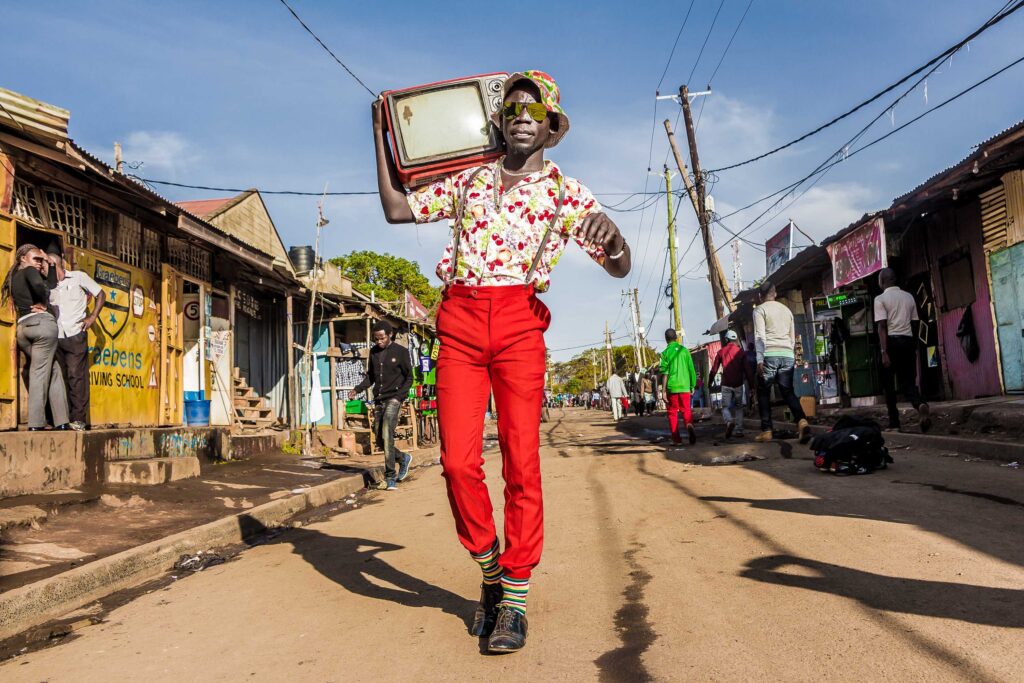 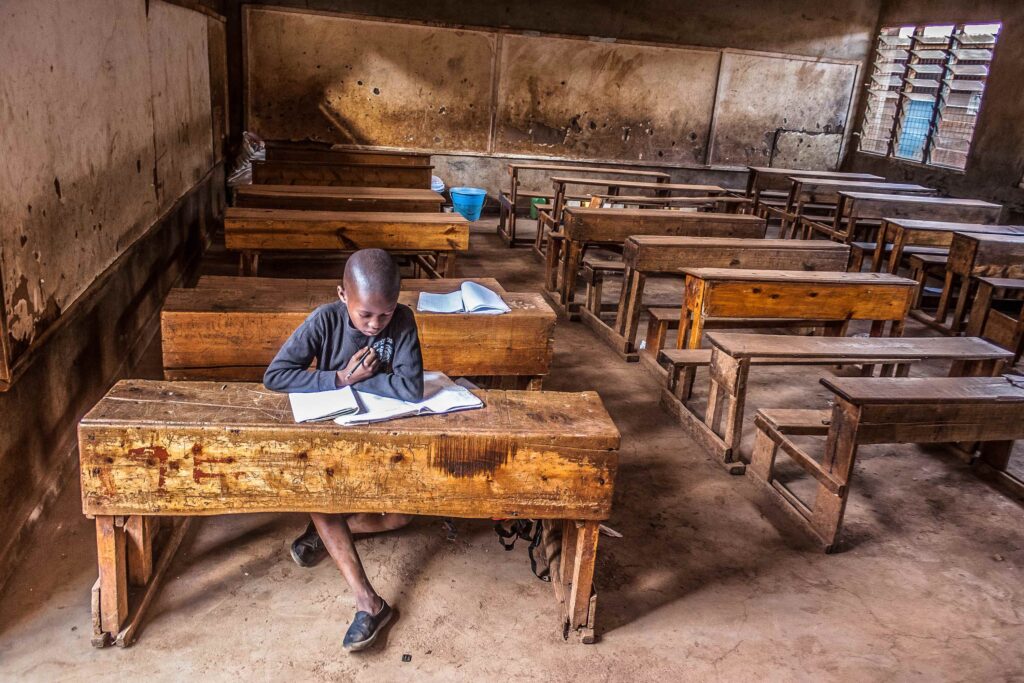 James, 7, a pupil at Olympic Primary School studying inside a classroom during a teacher's strike in 2015.

GJ: Being from the community, how do your subjects engage with you?

Otieno: Most of the people I photograph are people I know or people I have met through other people. They are always receptive. People are like: “Come and play.”

GJ: What are your plans for the future of this project?

Otieno: It is a lifetime project. I will always share the stories of my people.