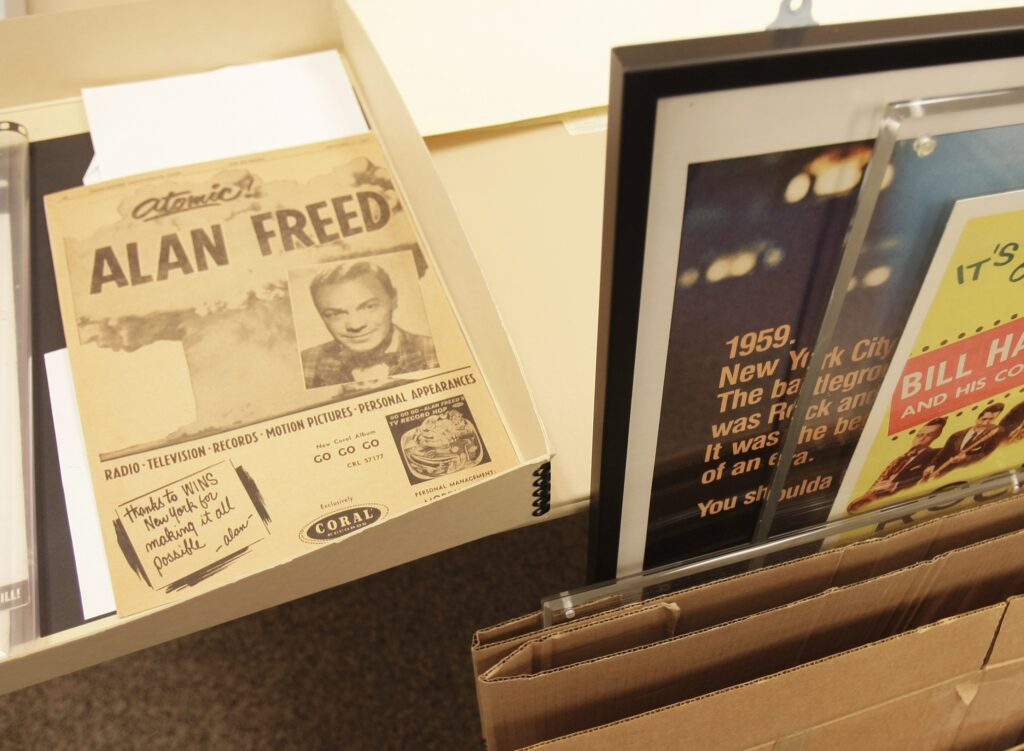 Posters showcasing the work of Alan Freed, the radio disc jockey credited with giving "Rock and Roll" its name. The hugely influential Freed was fired from radio station WABC after a congressional investigation into payola in the music industry in the 1950s. (AP Photo/Tony Dejak)

"Promoters are giving incentives to the person at the radio station to play an album."

The problem of payola, the practice of bribing of paying someone to use their influence to promote a particular product or interest, has been a problem in many industries from journalism to the food companies. The roots of the term lie with the music industry, where the battle for the ears of the radio listener has long played a role in determining the success of an artist.

The problem first rose to prominence in the 1950s as music labels handed out cash, trips and other gifts to disc jockeys who played their artists. That led to congressional investigations that tarnished the reputation of Dick Clark and led to the firing of Alan Freed, the legendary Cleveland disc jockey credited with coining the term "rock and roll." 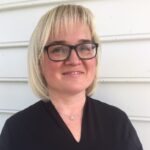 Yet the issue of paying off disc jockeys to play music hardly disappeared. In 2005 and 2006, major record labels including Sony BMG Music Entertainment, Warner Music Group and Universal Music Group agreed to pay millions as part of settlements with the New York Attorney General's office over payola investigations involving the use of third-party companies and "contests" to reward DJs for airtime.

More recently, music streaming services such as Spotify have come under scrutiny for similar practices by the curators of their hugely-influential

playlists. For more on the problem of payola, Global Journalist spoke with Heather McDonald, a veteran of the music industry who has managed distribution and marketing for an independent music label, done public relations for bands and labels and even managed a record store.

McDonald now teaches music business courses at the College of Charleston in South Carolina. Below, an edited version of their interview:

Global Journalist: What does payola in the music industry mean exactly?

Heather McDonald: In a very traditional setup, it would be the record label paying whoever's responsible for making a playlist at a radio station. In the 1950s, it was very much the process of handing money to a DJ in order for records to be played. But today that's not going to be a DJ. It would be a programming director or somebody even higher than that. Today, it's become a lot more difficult to detect. 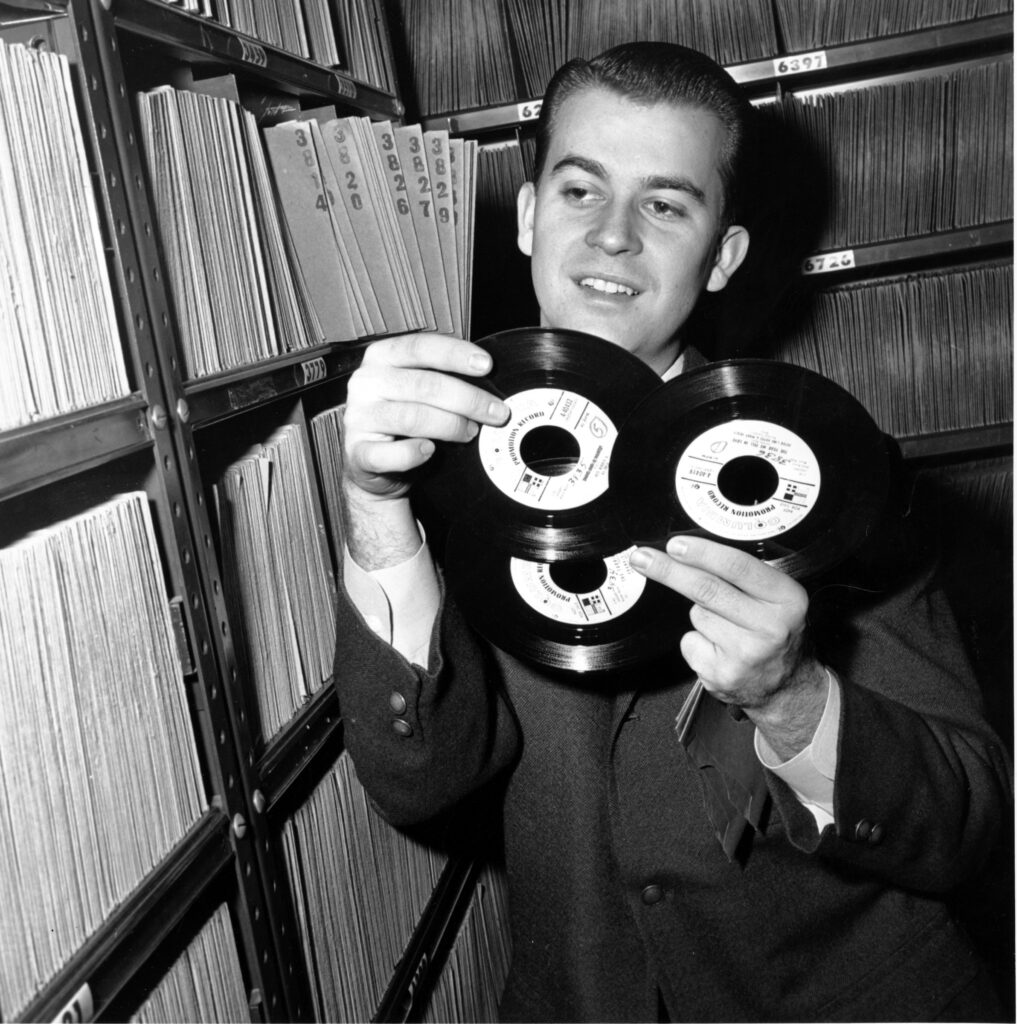 Former TV personality Dick Clark as a disc jockey in 1959. Clark was called to testify before Congress in about receiving money from record labels for songs he played on the radio. (AP Photo/File)

McDonald: Today it's happening a lot through independent radio promoters that are hired by labels. The radio promoters are giving incentives to the person at the radio station to play an album. Those incentives could be a nice trip somewhere or a gift that is costly.

It can also be something a little more nebulous than that like a big advertising [campaign] by them at the station, saying, I'm going to spend $100,000 on advertising at your end.

The benefit of that setup is you can't draw the direct connection to them [the label] because then they could say, "We didn't tell the radio promoter to do that."

It muddies the scenario.

GJ: So is payola a legal issue or is it more of an ethical problem?

McDonald: Payola is a legal issue. There's definitely a legal problem with saying, "Here is $100,000, play my record."

But having this actual third party in the middle creates enough confusion that it is difficult to draw legal consequences for those involved.

The reason is not only payola. But basically, musicians who don't have big label behind them are not that likely to be played on the radio, no matter how good the song is.

GJ: How is the situation changing with the popularity of streaming making radio less important for the music industry?

McDonald: There will be a time where it's not worth the investment to try to pay a DJ or radio stations to play everything. There's still some segments in the music industry where radio is really important, like country music and pop music to some extent.

But people are turning away from radio to find their music. They're turning to apps, and to their own streaming playlist. Payola as we know it will just disappear because there's no real financial benefit to engaging in it anymore. 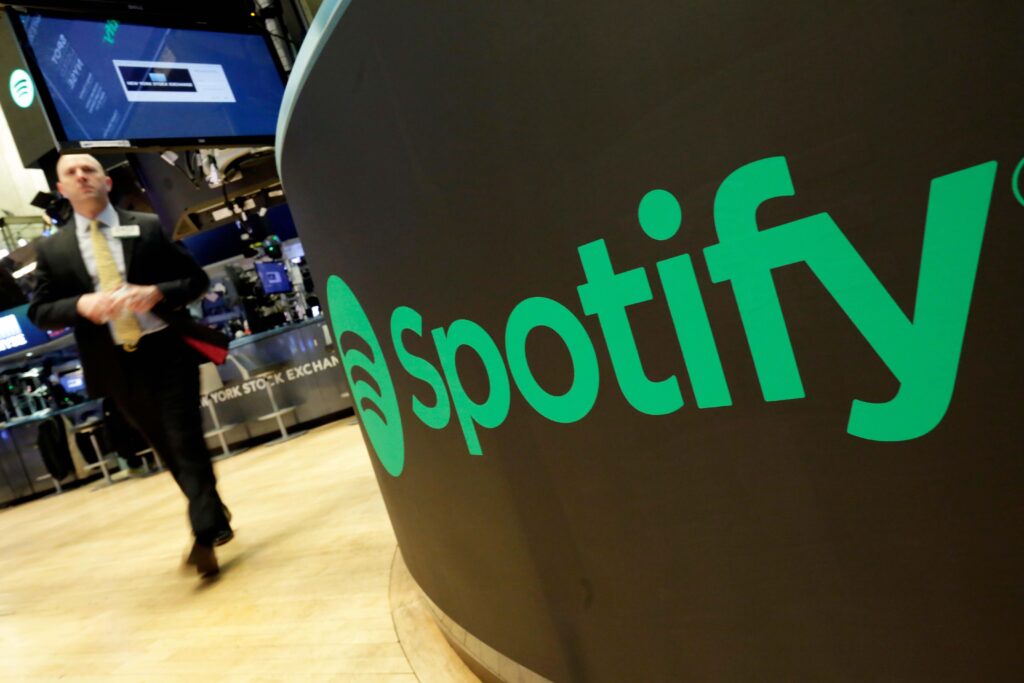 Streaming service Spotify has come under scrutiny in recent years over payments to those who curate its popular music playlists. (AP Photo)

GJ: But can't labels pay streaming platforms instead for influence?

McDonald: Definitely. Whatever music fans turn to, there will be businesses who find a way to make sure their music rises to the top of the pile. Financial ways are usually the best ways to achieve that.

GJ: What do you expect for the future of the business?

McDonald: There is some suggestion that there's about to be another big crackdown on payola. We haven't seen any kind of major enforcement efforts going on in the past several years. I read about Nicki Minaj and Cardi B. in connection with payola. However true that is, I think that we're going to see something fairly soon.