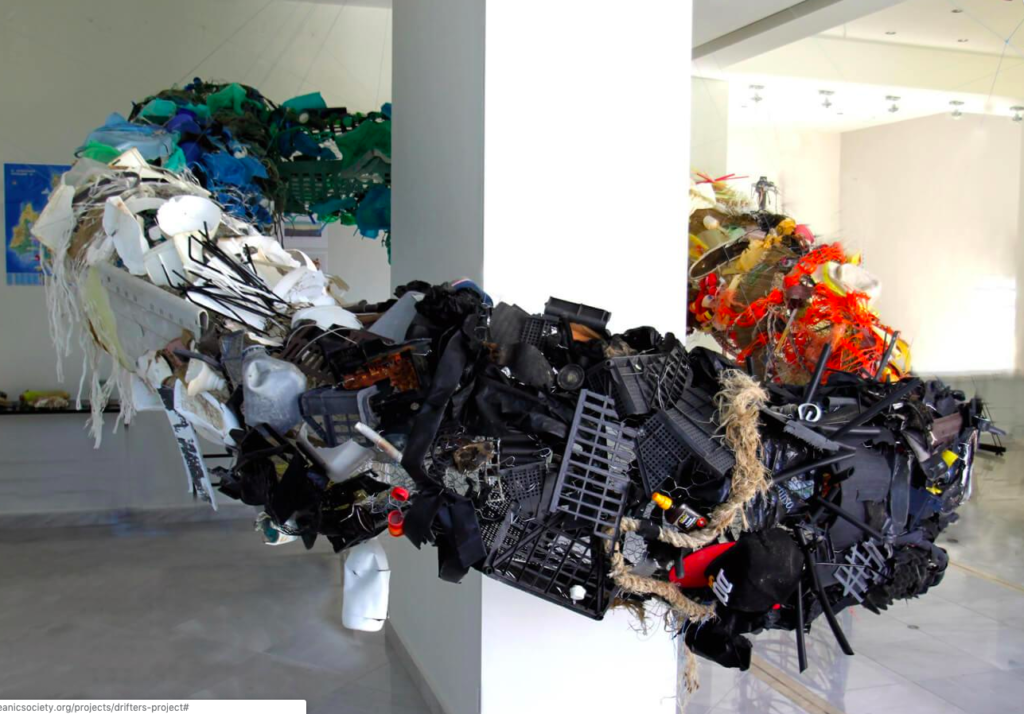 "We're sort of aware of that we're in a building that's on fire."

When she was eight, Pamela Longobardi nearly drowned in the Atlantic while bodysurfing in New Jersey. A riptide sucked her towards an abandoned jetty, and an undertow forced her below the surface. Caught between two pillars, Longobardi panicked and flailed against the current to no avail, barnacles scraping against her skin as she ran out of oxygen. Finally, she gave up. 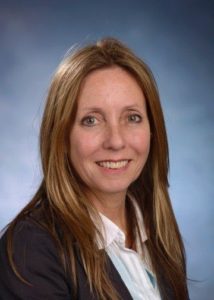 "I opened my eyes underwater," says Longobardi. "And I was watching the barnacles feeding and...that whole process just sort of transported me into this other realm, and I relaxed and slipped free."

Allowing the current to take her, she resurfaced and filled her lungs with air - then managed to make it back to shore. For Longobardi, an art professor at Georgia State University in Atlanta, the experience helped spur a lifelong fascination with the sea.

Years after her near-death experience at the jetty, this interest became focused on the growing problem of plastic pollution in the ocean. In 2006 Longobardi began the Drifters Project, an effort to clean beaches and create art from the plastic debris she finds.

Longobardi, whose work has been featured in National Geographic and has shown her art across Europe, Asia and the U.S, sees plastic debris as the cultural artifacts of our age, "mirroring our desires, wishes, hubris and ingenuity."   She spoke with Global Journalist's Connor O'Halloran about her commitment to transforming oceanic plastic into art. Below, an edited version of their interview: 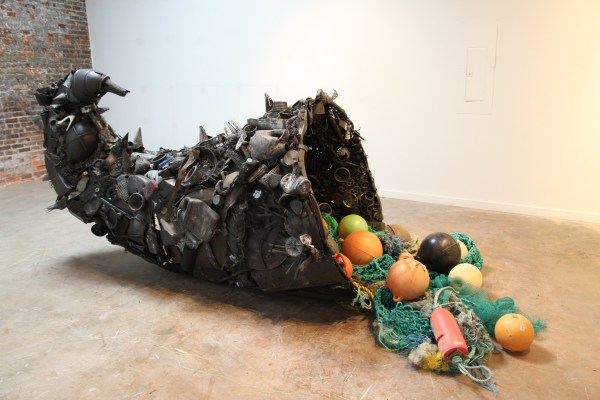 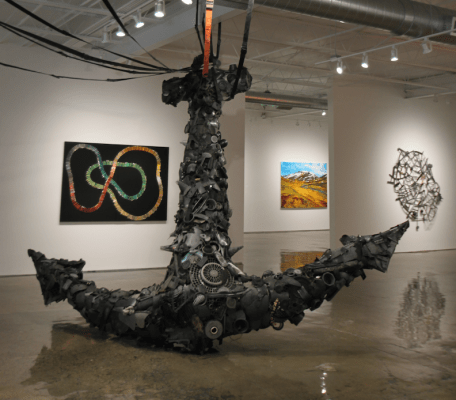 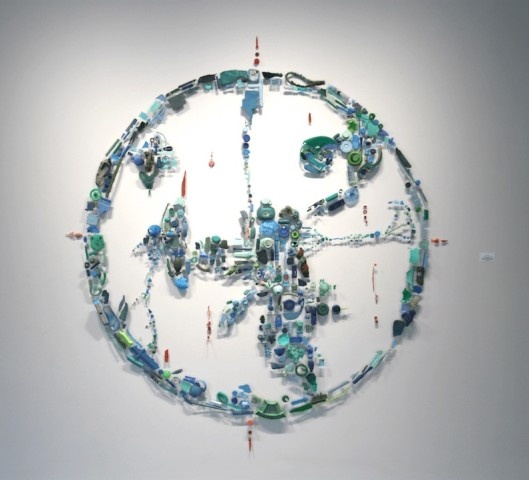 Global Journalist: Where does your desire to raise awareness about plastic in the oceans come from?

Pamela Longobardi: All conscious life on this planet began in the ocean. And so I think there is some sort of consciousness about the ocean itself. It is communicating with us, I believe, through this plastic. And it's happened to me - so many times that I cannot discount it. And as soon as I kind of expose other people to this idea, they see it too because they find these messages that are very specific to them.

GJ: How did you get started making art with ocean plastic?

Longobardi: The first time I saw this material, really at the scale that we now know it exists in the ocean, was in 2006, in Hawaii. And when I first saw this material [washed up on the beach], I really thought I was looking at something that was like a sculpture almost because it was so massive, and it was this giant netball of plastic: all different colors, all different sizes, all different ages. And they were just tangled together into this beautiful sort of nightmare.

I ended up thinking that I was looking at a crime scene, that I literally had to [take] forensic photographs and document what this was. And then I had to take the evidence and take it back to make things out of it that would reveal that this material [in the ocean] is so common in our everyday life that it's invisible to us. You know, a fish doesn't know that it's swimming in water. Plastic is so ubiquitous in our everyday life. And so I felt like I needed to show it to people in very clear ways. And initially, I would make things that were almost like signs.

Then, I started using large scale symbols like, a giant black droplet shape, which was all made from black plastic. It was referencing the fact that plastic is made from oil.

I have a piece that's 20-feet long. It's literally a kind of elevation scale of objects that I found in the ocean, from a single, a single ball of Styrofoam that I found, all the way up to a giant, like 20-pound fishing float on a remote island in Alaska and everything in between. All of those objects are creating this weird kind of timeline. 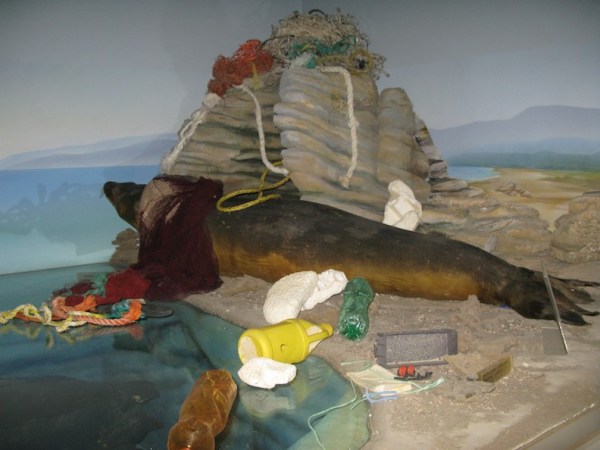 GJ: So you would describe humans' impact on oceans as a crime?

Plastic itself, somebody is making an awful lot of money on this material. And those people are the same people that are also making money on keeping us addicted to a fossil fuel driven economy. And so when you think about it, in those terms, I think it is a crime because it's political, it is profit driven, and it's truly toxic. We've determined that [microplastics] are in the fish that make it to market. So it's in the human food chain. 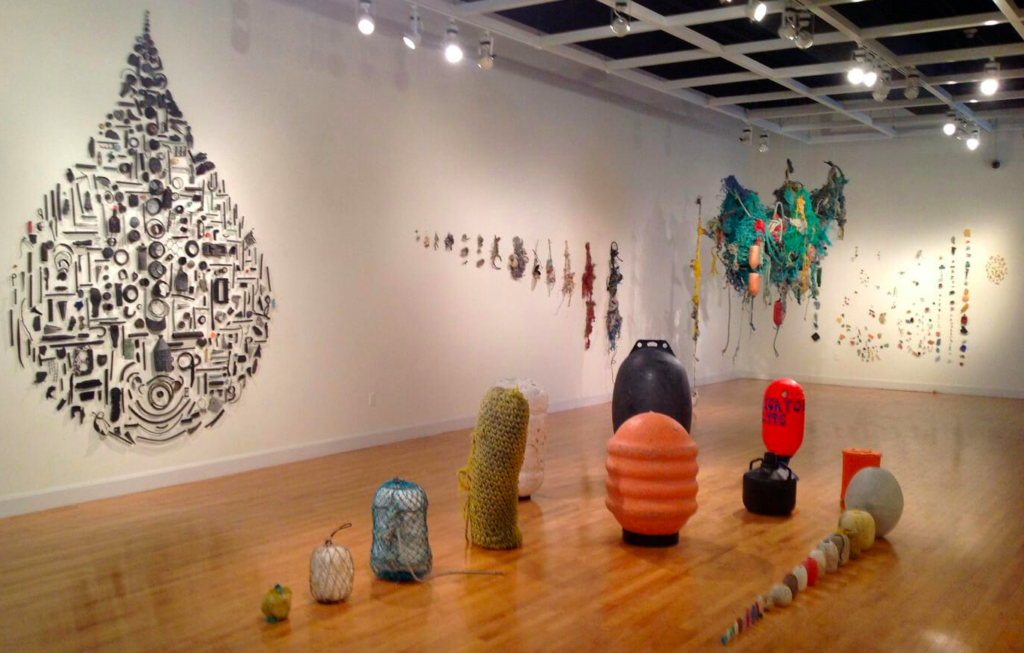 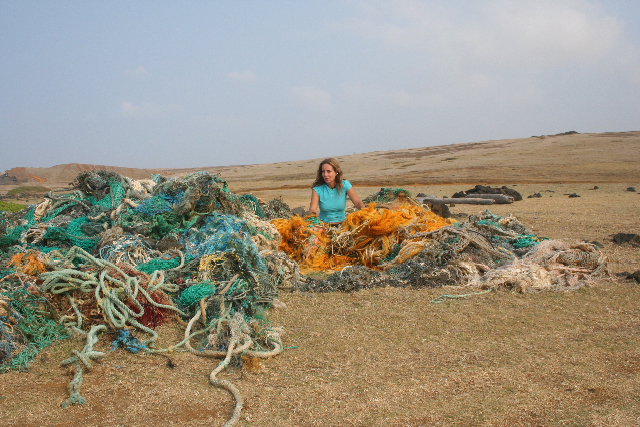 Longobardi has collected plastic from beaches in the U.S., Europe and Central America.

GJ: Do you have optimism for the future?

Longobardi: We have [a] little window of time right now where we can try to do something about what we've done.

We have an opportunity here, and I think it makes it a really, really interesting and important time to be alive. We're sort of aware of that we're in a building that's on fire. We can come together and put the fire out.