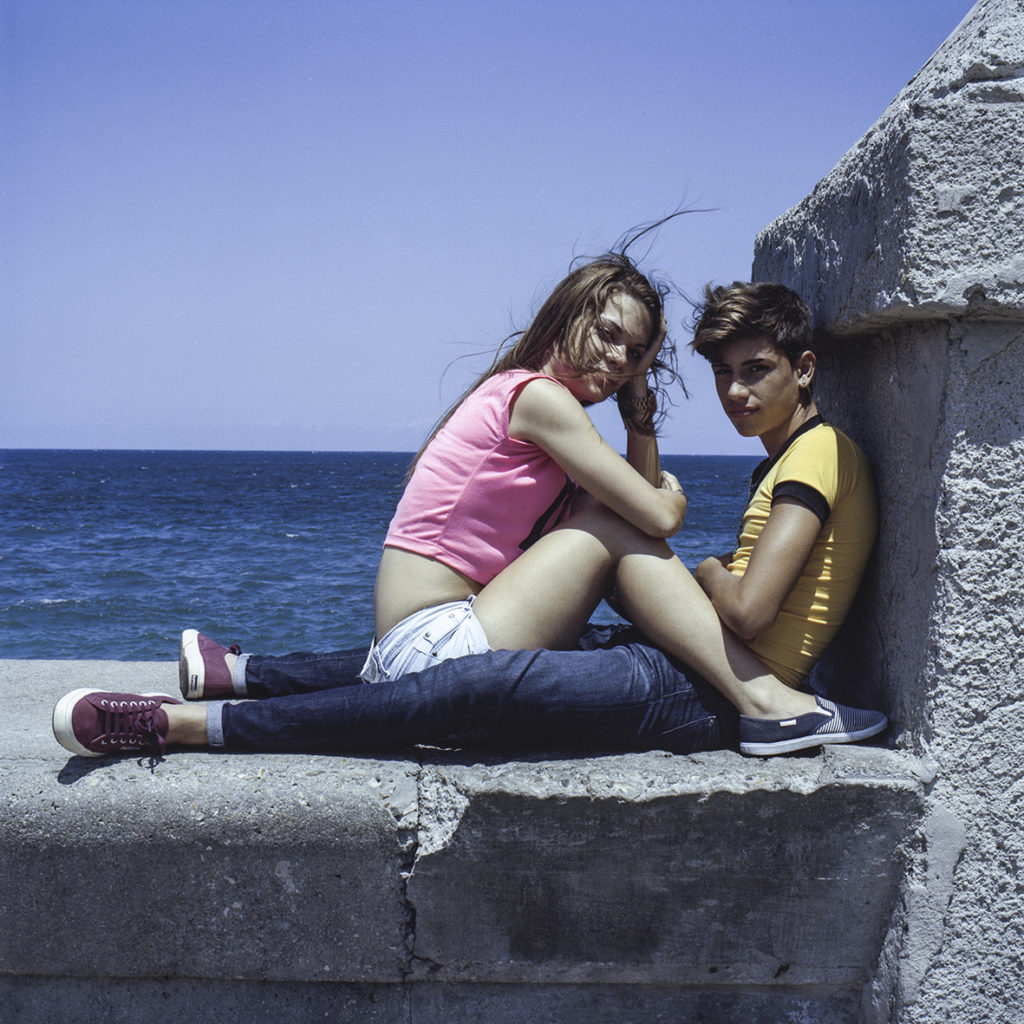 A teenage couple on the Malecon in central Havana. Many people go to the five mile long esplanade to relax, trade,, flirt, fall in love, or simply to dream of another life. (Edu Bayer)

"I tried to document the power of the youth, really willing to explode"

Shortly after U.S. president Barack Obama and Cuba's Raul Castro announced in 2014 that the two countries would normalize relations after 54-years of enmity, Spanish photographer Edu Bayer envisioned his next project. 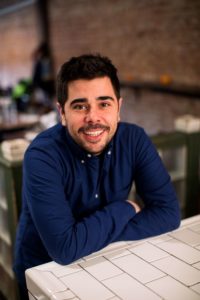 Bayer had already covered the civil war in Libya and done photo projects on genocide reconciliation in Rwanda and Kosovo's independence. But Bayer, then living in New York, was drawn to Cuba by the enthusiasm of the older Americans around him who until then had only known the country as a post-Cold War terra incognita.

Bayer went on to visit Cuba five times over a three-year span to try to capture the lives of Cuba's youth, a generation that cared little for Cuba's revolutionary past nor the Cold War standoff that led to its isolation, nor the 'special period' of austerity and persistent shortages that followed the collapse of the Soviet Union. Young Cubans, he found, were both artistically enlightened and frustrated with the political and economic stagnation of their country. They were also different from any of their peers in other countries in that many lived with virtually no contact with the world of the internet.

"The tension between the abundance in knowledge and culture with the scarcity of some resources, in the end it creates a unique life," he says, in an interview with Global Journalist.

That tension emerges as a major theme in his ensuing photo project, "Havana Youngsters." Bayer, whose work has appeared in publications including the Wall Street Journal, the New York Times and Le Monde, described his subjects as the "new blood and the future of Cuba." Now 37 and living in Barcelona, he spoke with Global Journalist's Edom Kassaye about the project. Below, an edited version of their conversation: 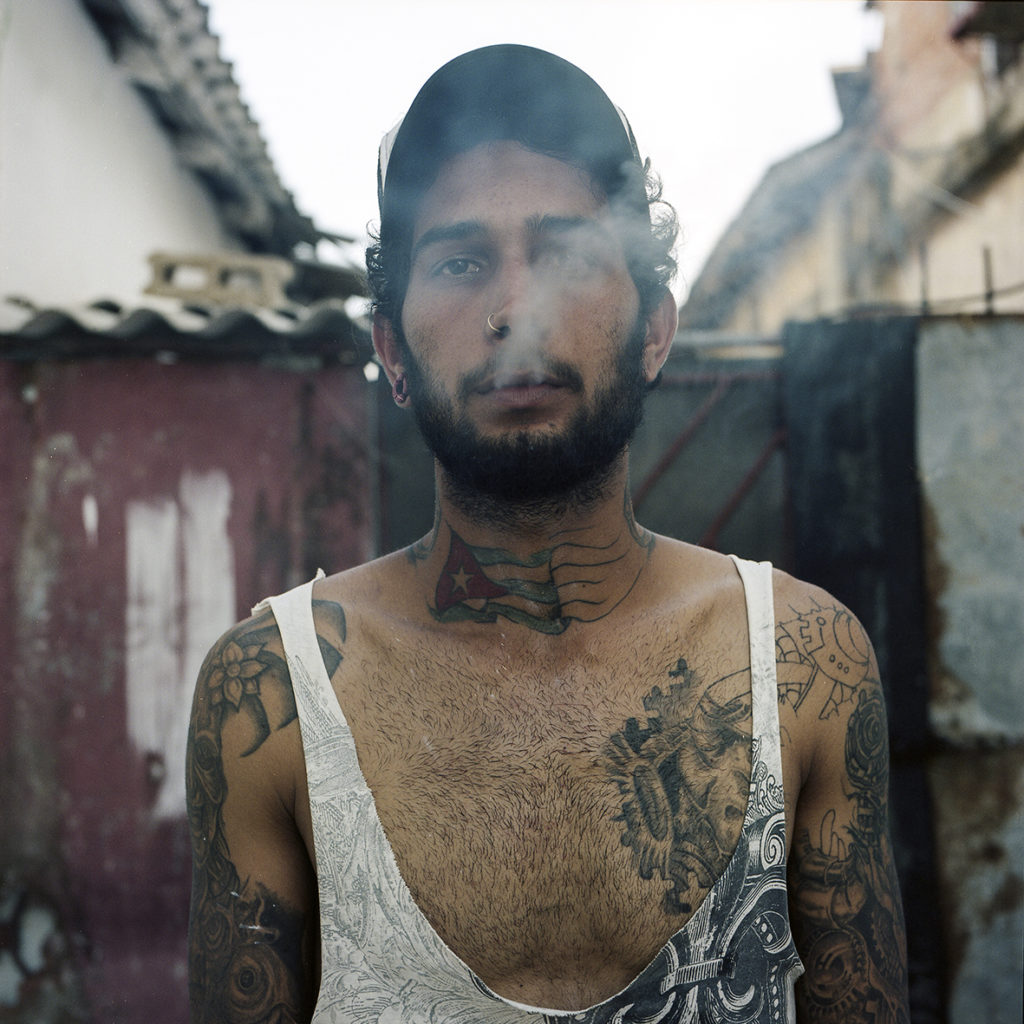 Cristobal, 22, a fine arts grad working as a tattoo artist. 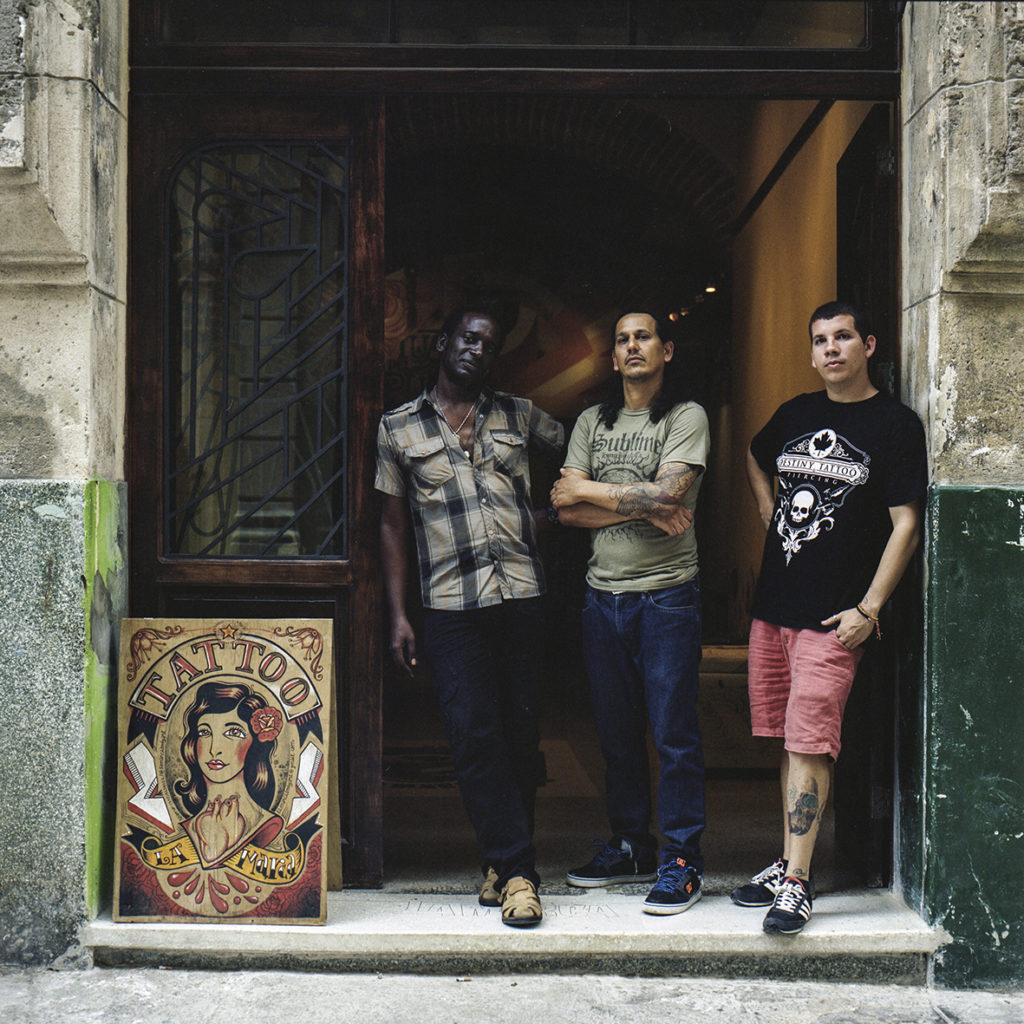 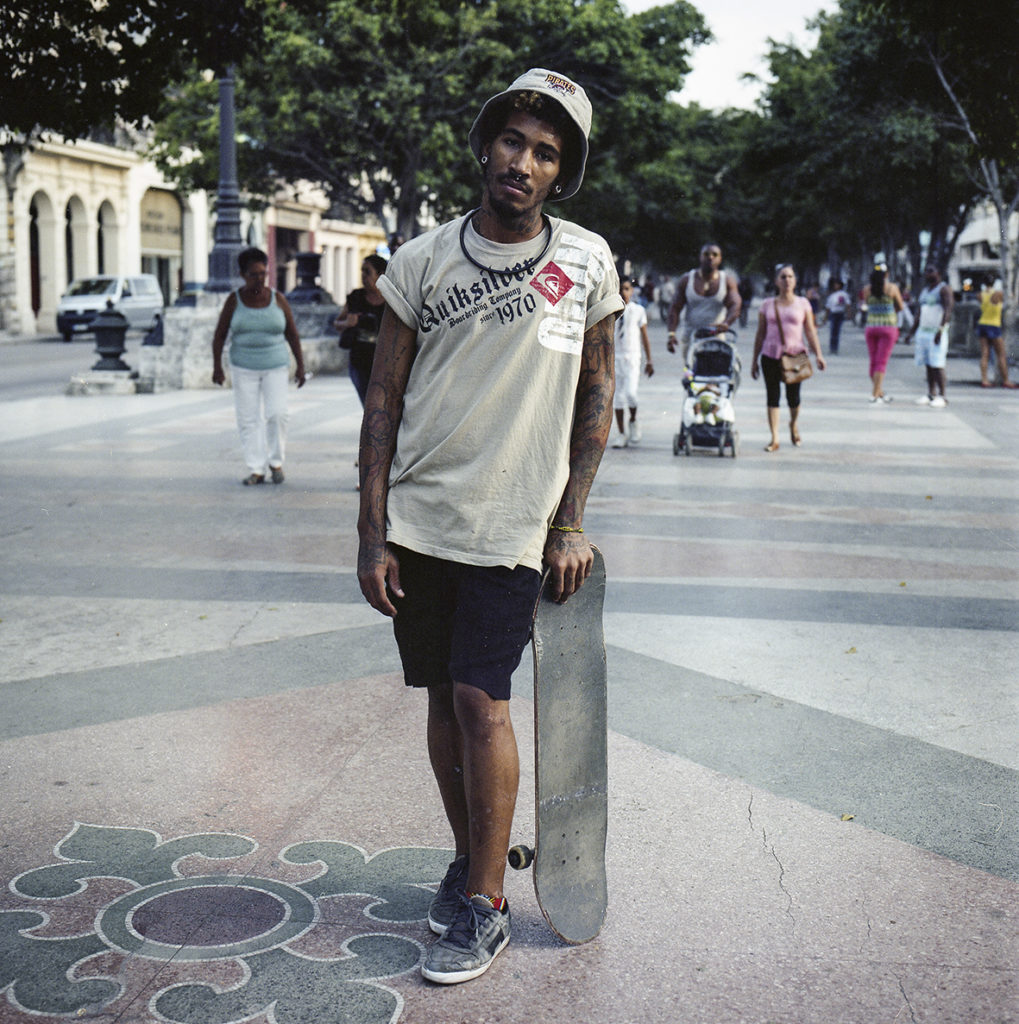 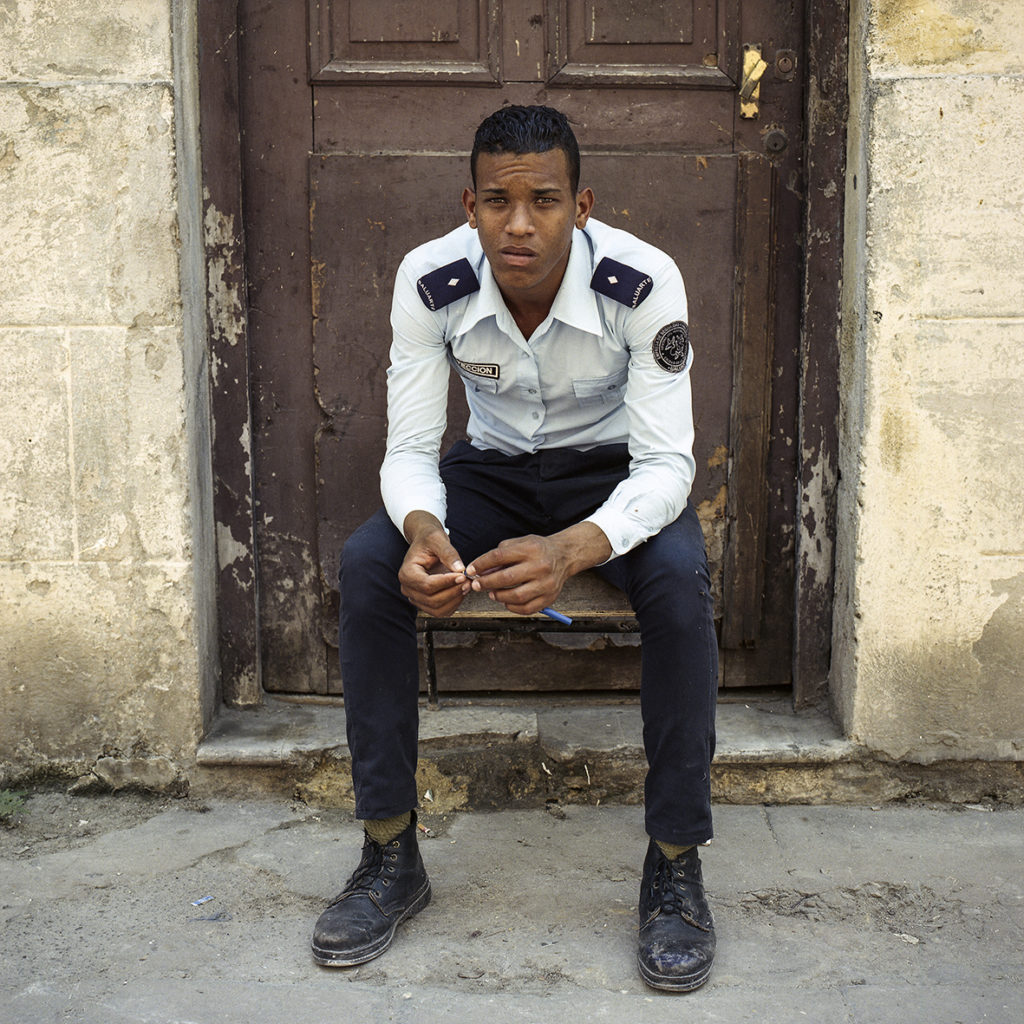 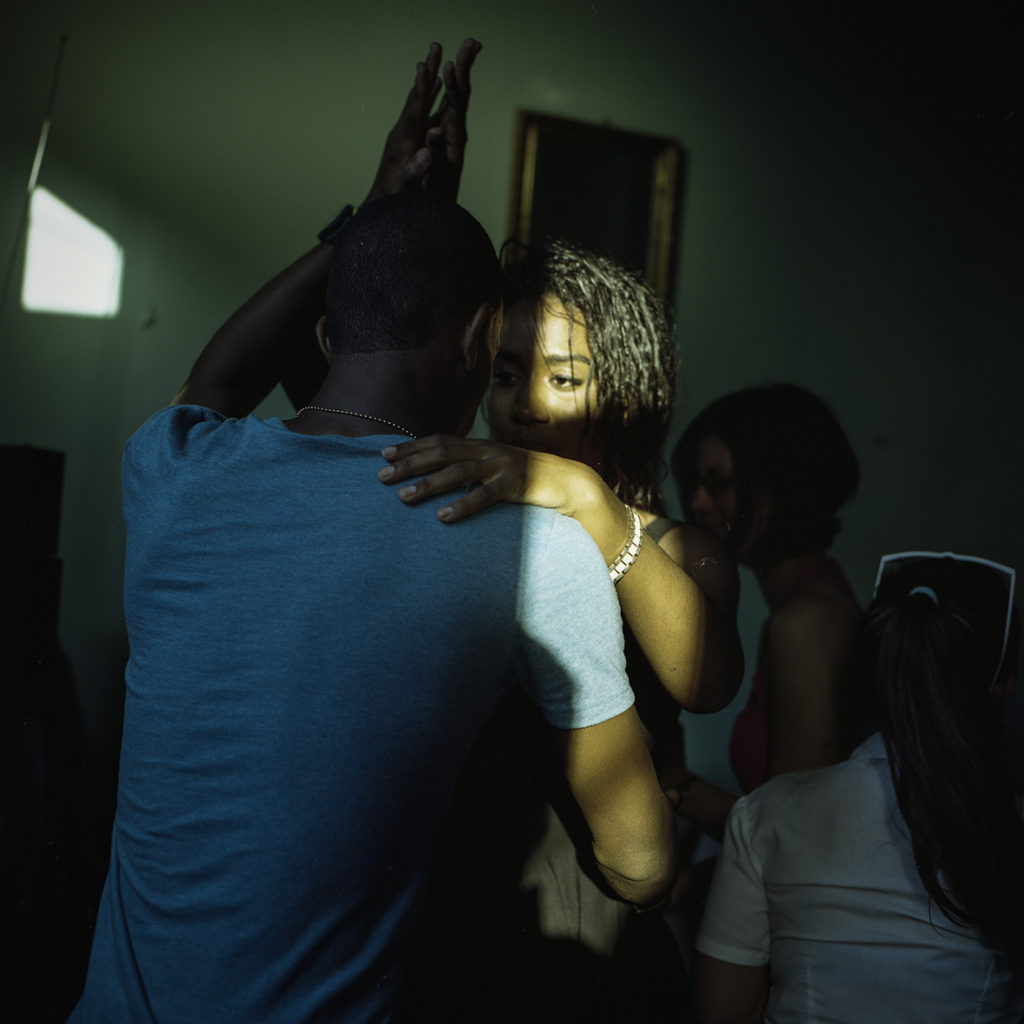 Norca, dancing at a party for music students.

Global Journalist: What struck you about Cuba?

Bayer: Cuba is a unique country. Due to their good education, the society is very mature and is very rich culturally. On the other hand, they are lacking basic goods in their normal life. The tension between the abundance in knowledge and culture with the scarcity of some resources, in the end it creates a unique life. I like Havana, I think it's very poetic. This was a very rich story. 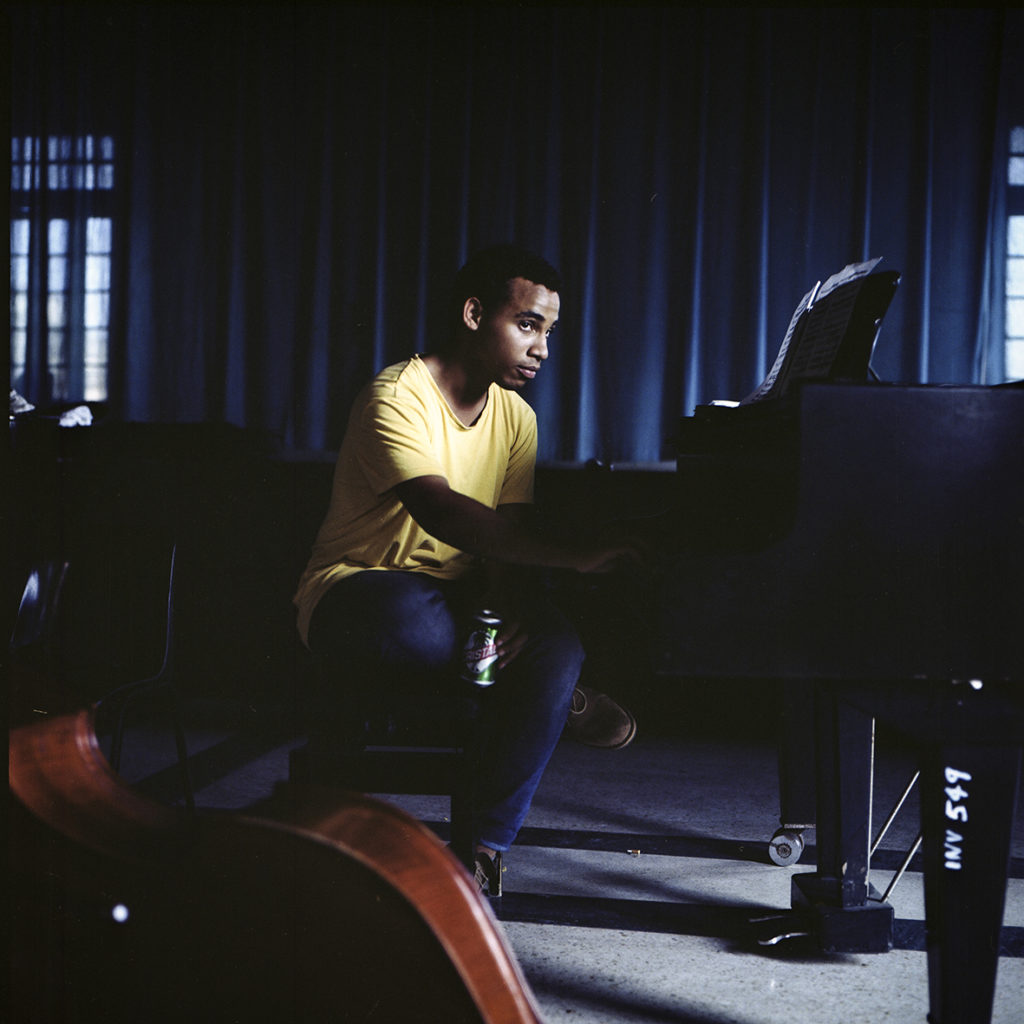 Joaquin, 20, a recent music grad living on a friend's couch. 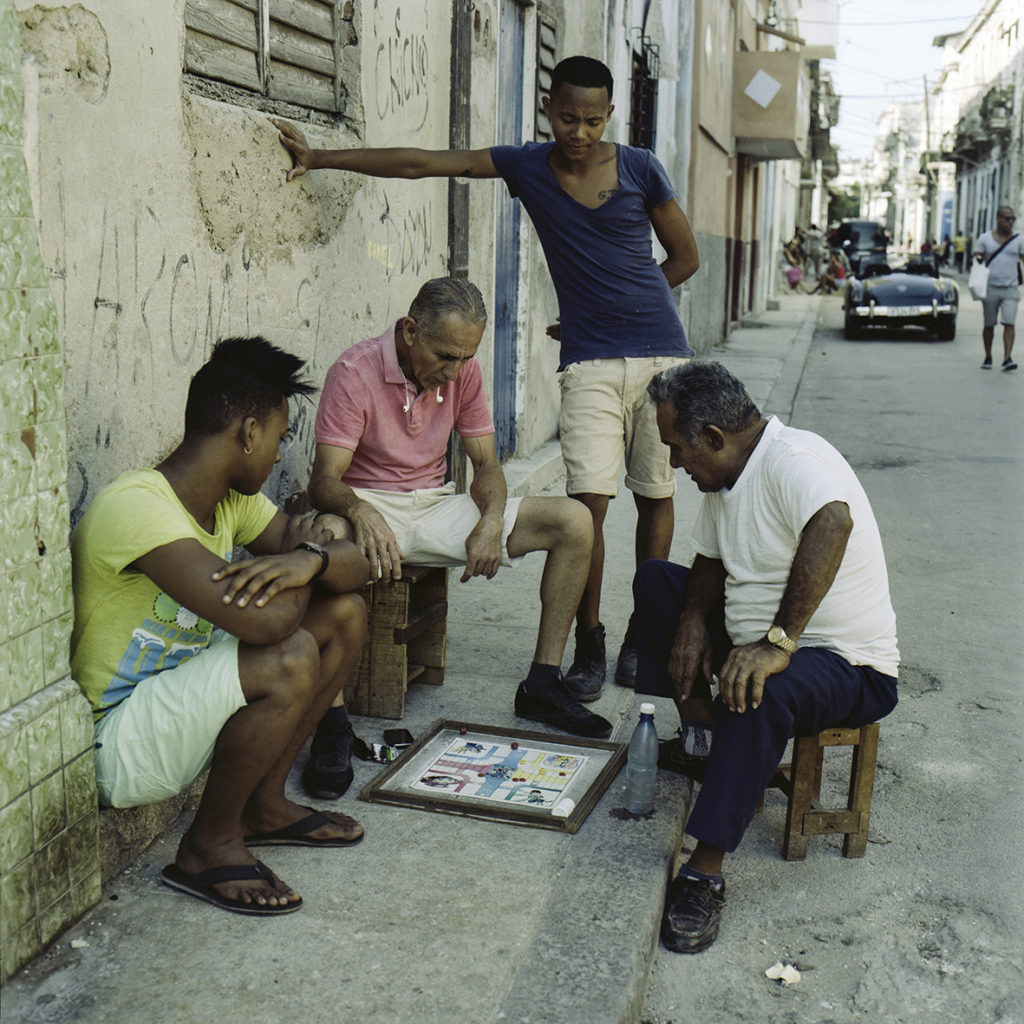 Men playing Parcheesi on the street. 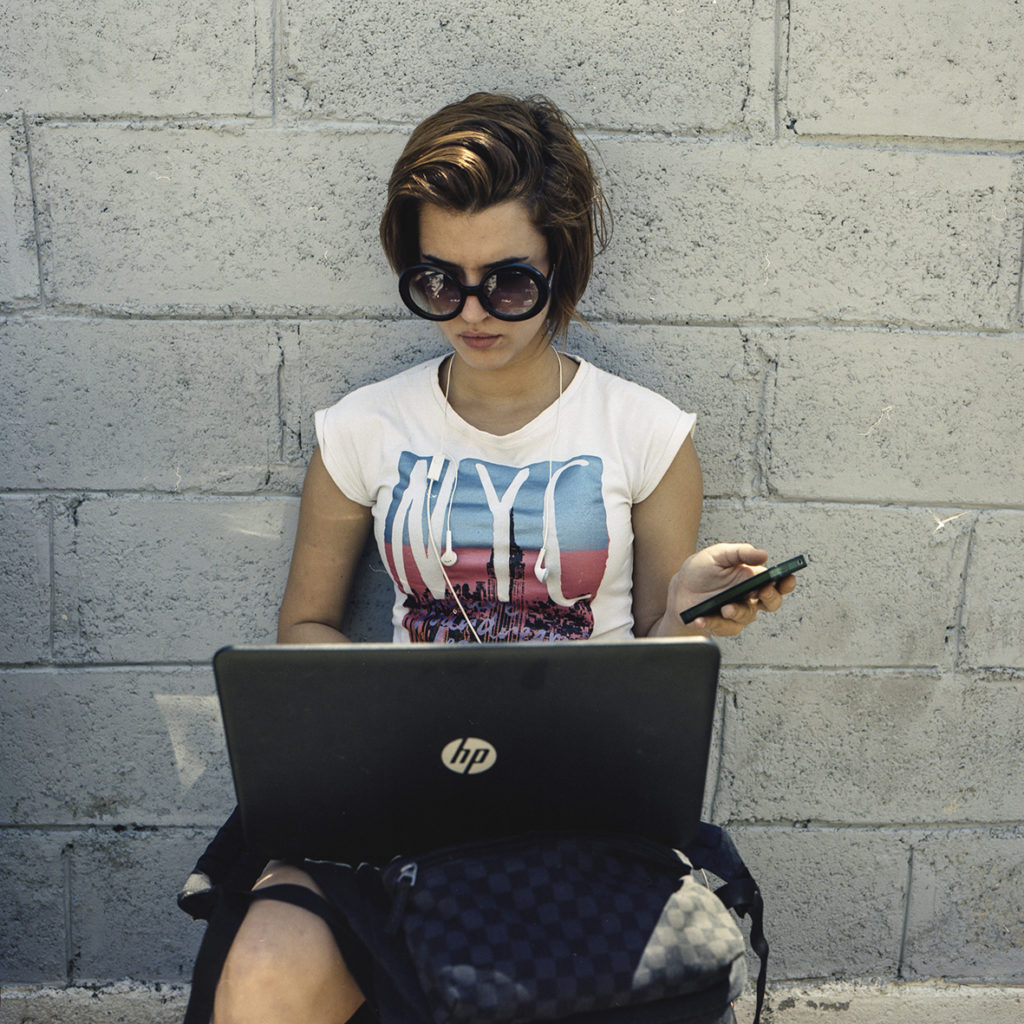 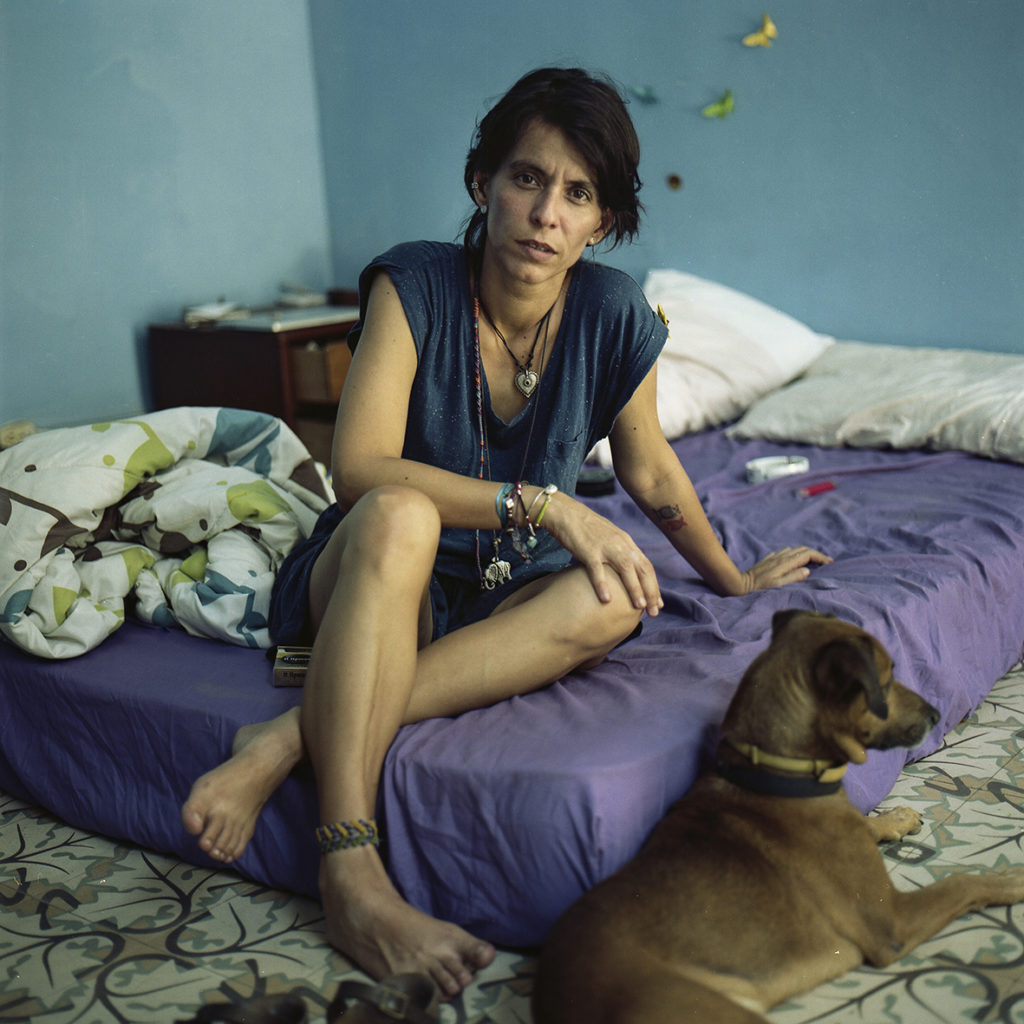 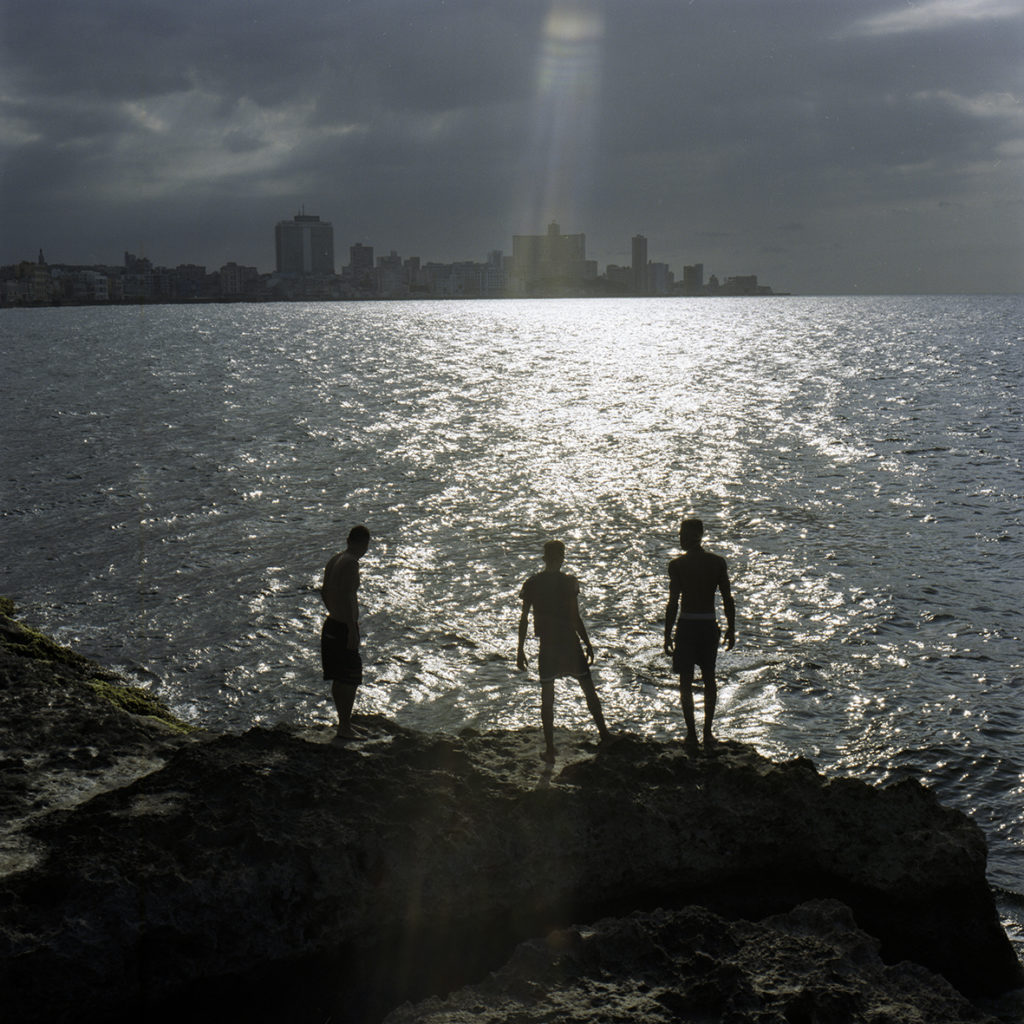 GJ: How did the young people react to you as a foreigner from the West trying to take their picture?

Bayer: Cubans are very friendly in general, but I also found it very problematic. Being young in Havana, the economy is not working well so you cannot get a job and you cannot get decent money. A big part of the economy is the black market or tourism. It creates a tricky relationship with foreigners.

I found frustration among the youth. The first impression was good, but when you spend time with people, the more difficulties you find. It is mentally difficult to be young in Havana because it becomes very hard to move forward. Yes, you can study but the resources are very little even in the universities that used to be good. So it is very frustrating because of the lack of opportunities. They are waiting for a big change to happen.

At the beginning of the three years [after the announcement about the normalization of U.S. relations], there was an explosion of emotion because the youth thought that everything was going to change overnight. Economically Cuba is slow, but it is still moving. Politically it is not. The change people were envisioning is not happening. 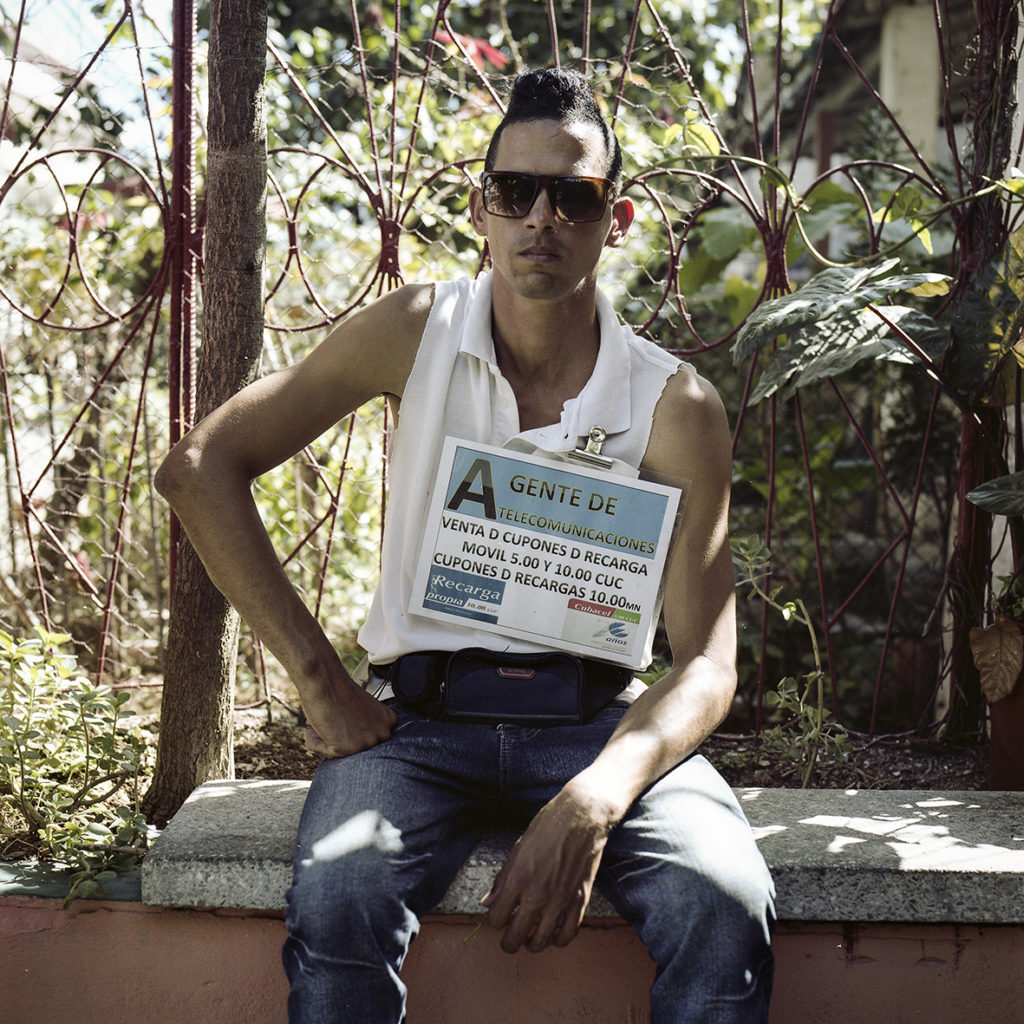 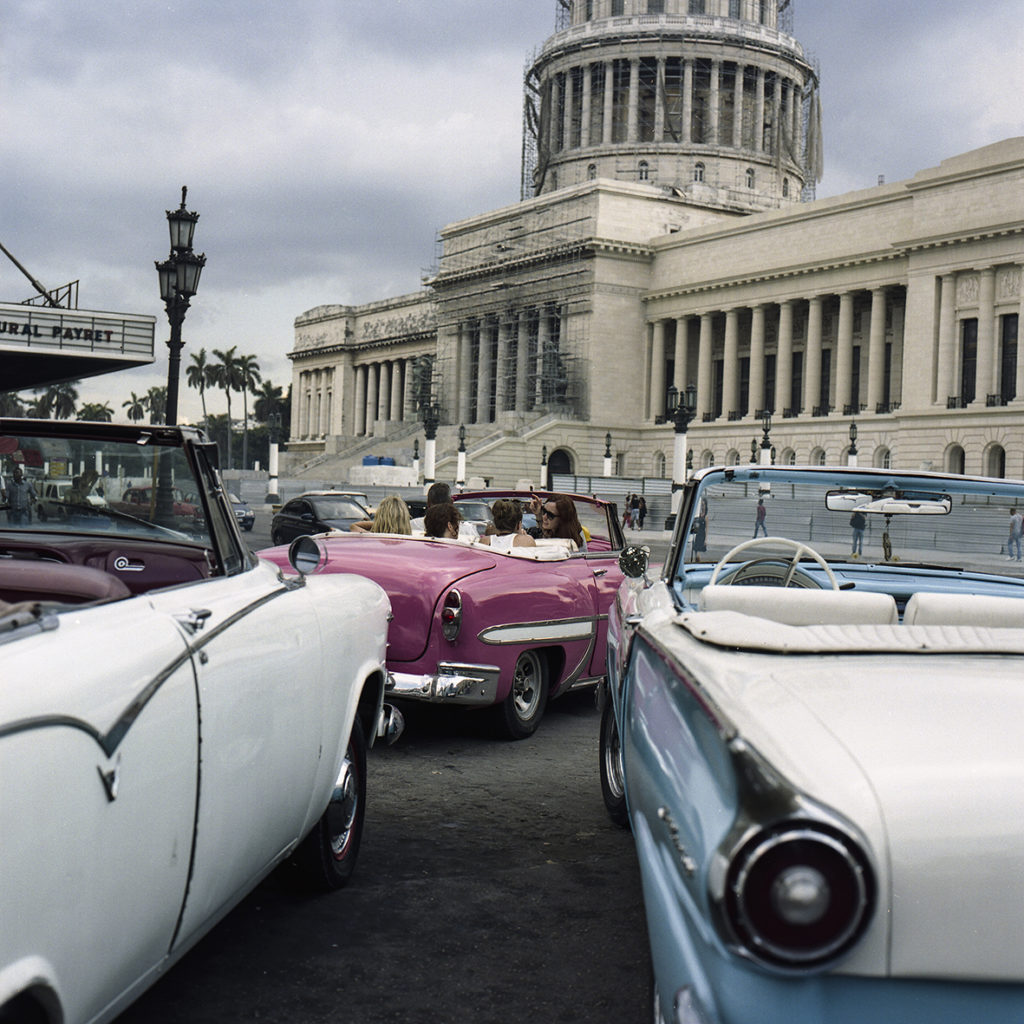 American cars from the 1950s are now used to drive tourists. 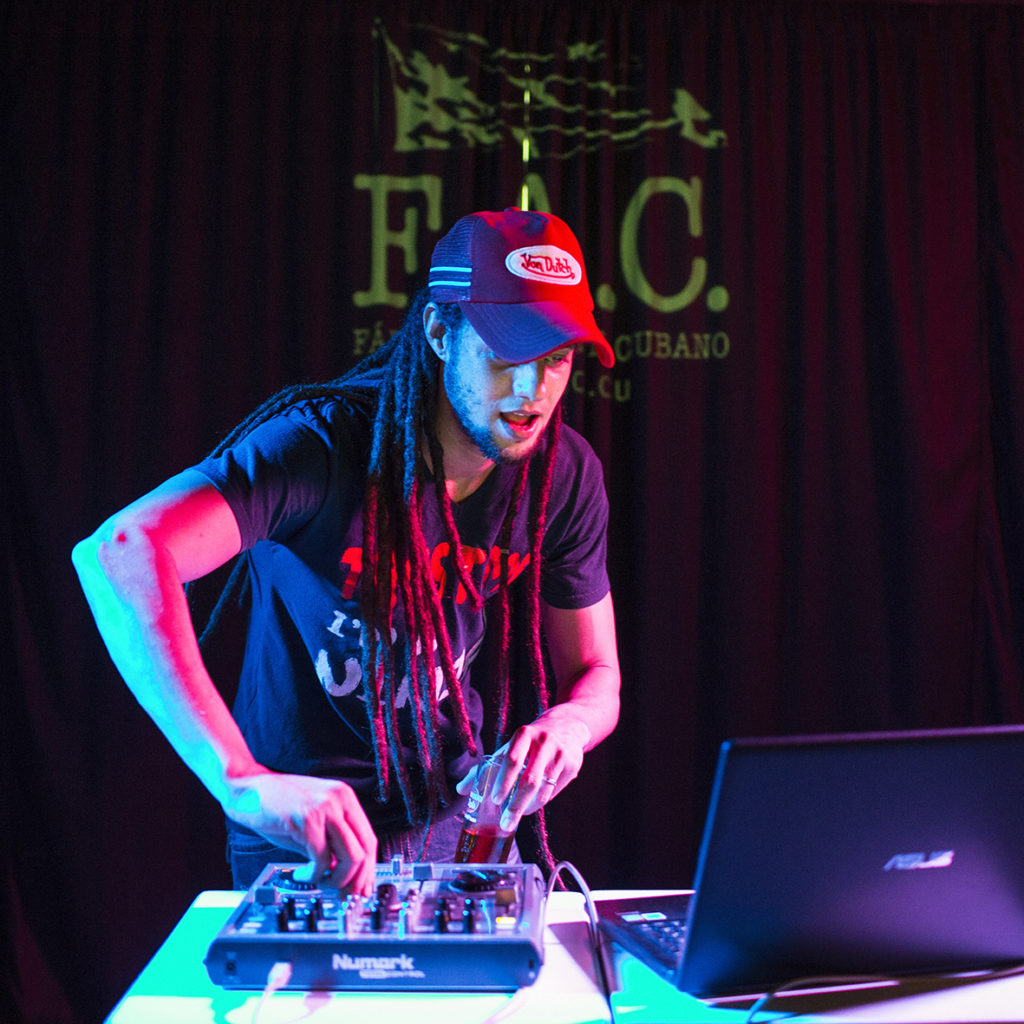 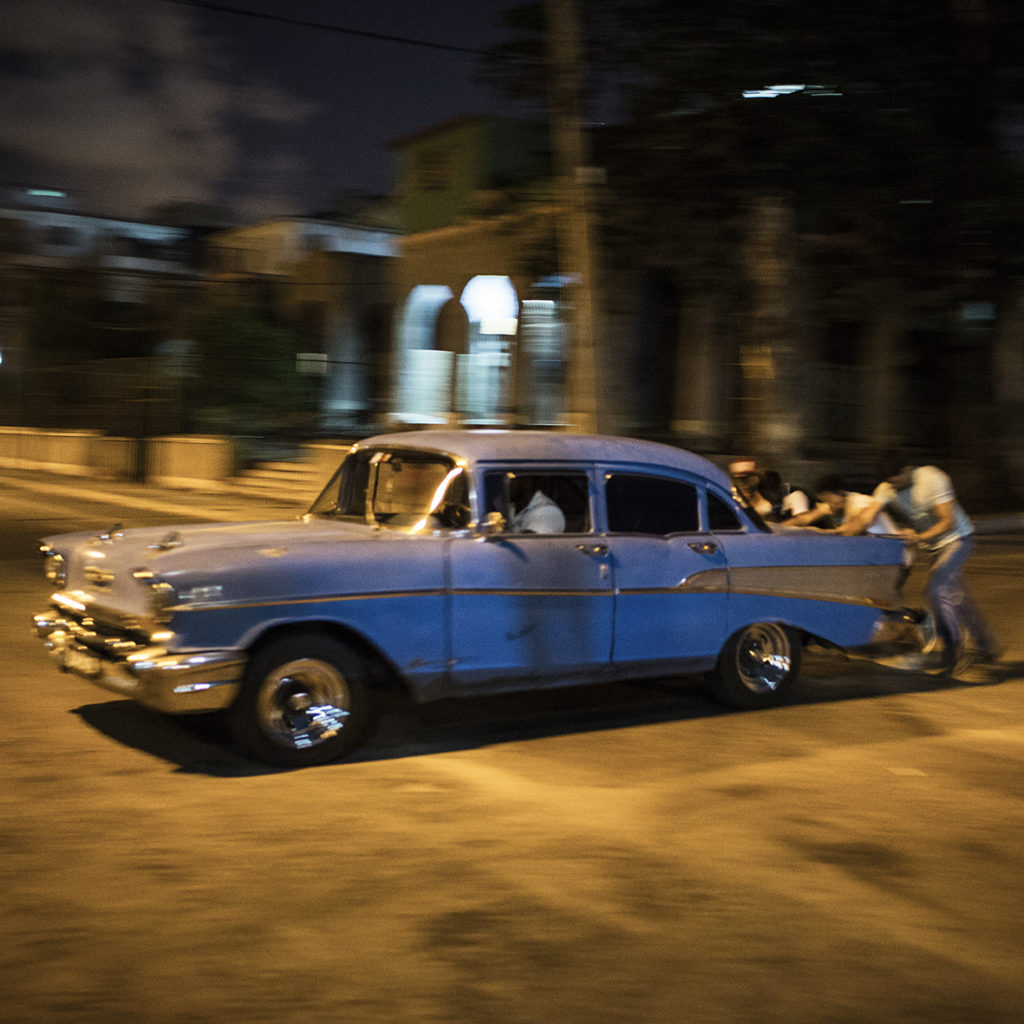 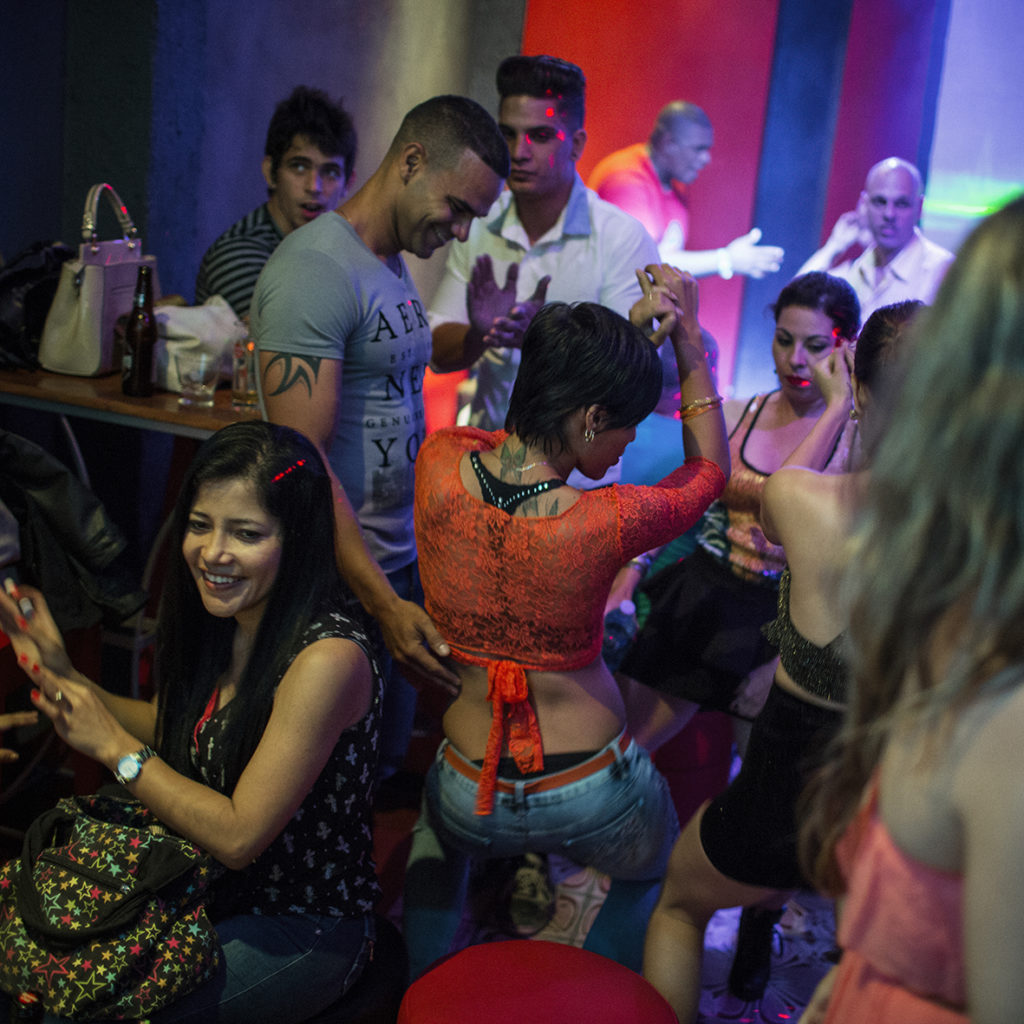 GJ: What kind of message were you trying to convey through these photos?

Bayer: I tried to document the power of the youth, really willing to explode. They are willing to break the glass ceiling over their heads that Cuba has been for decades.

For example, [they were] getting access to information and creating their own internet.  Cuba did not have internet and the youth were exchanging USB sticks through El Paquete [The Weekly Package], which is a massive network of people distributing information once a week, photographs, music, commercials and so on. Depending on what you were looking for and depending on what you could afford, you go to a market to copy some of these files. This was their way of distributing information because at the time there was no internet. 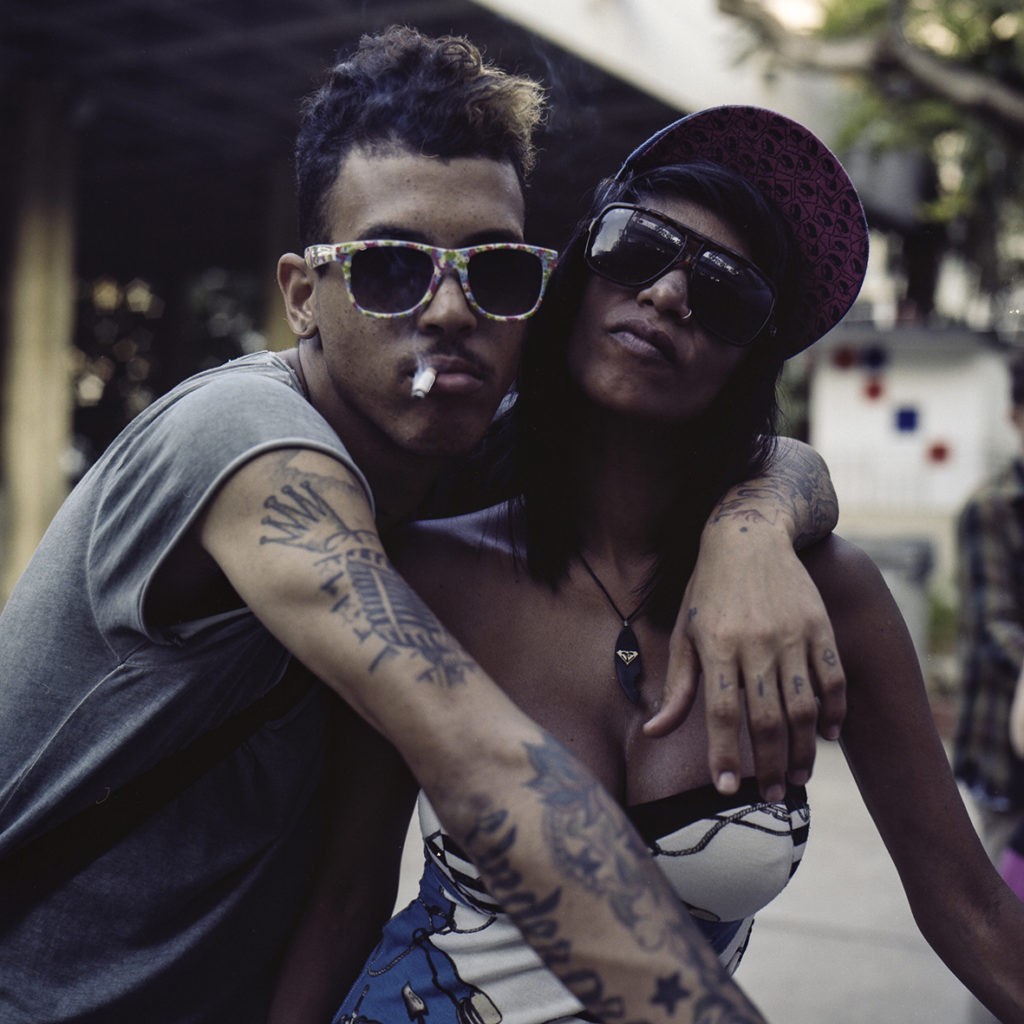 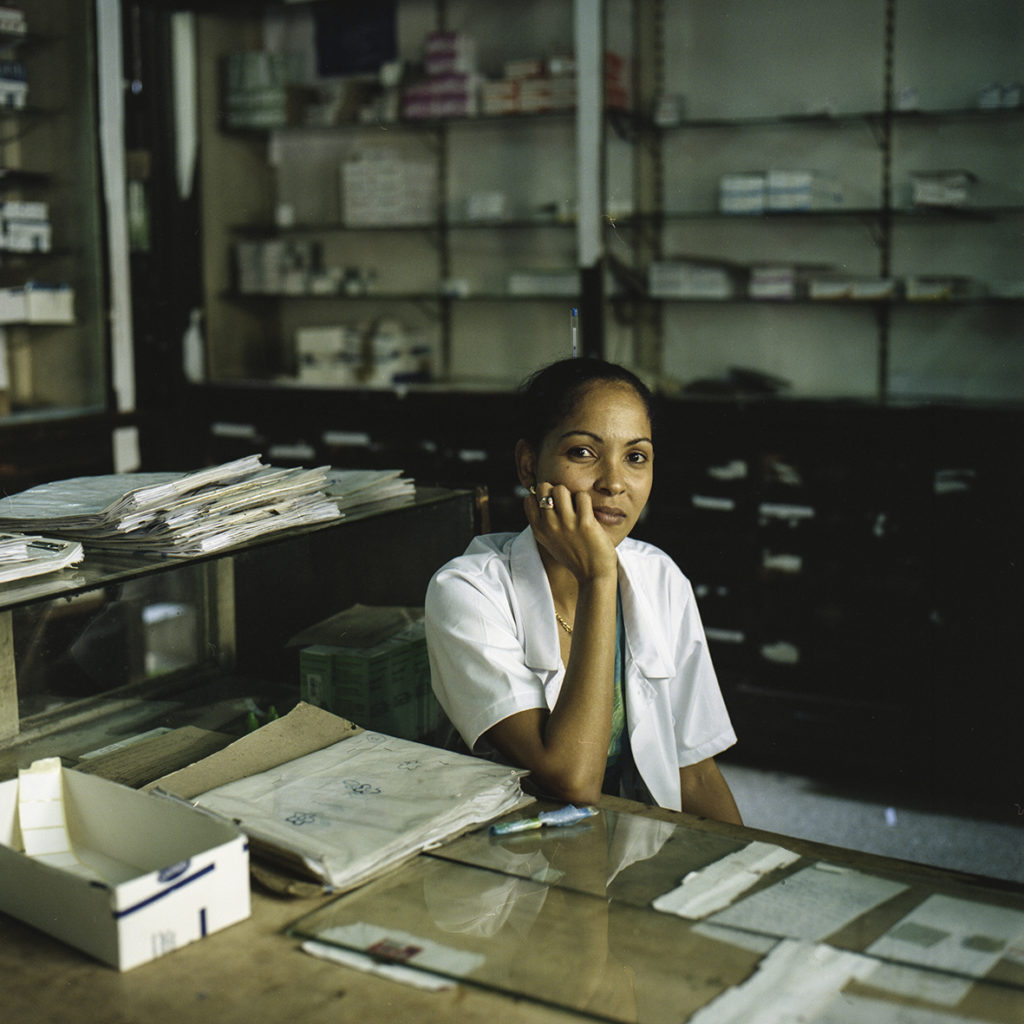 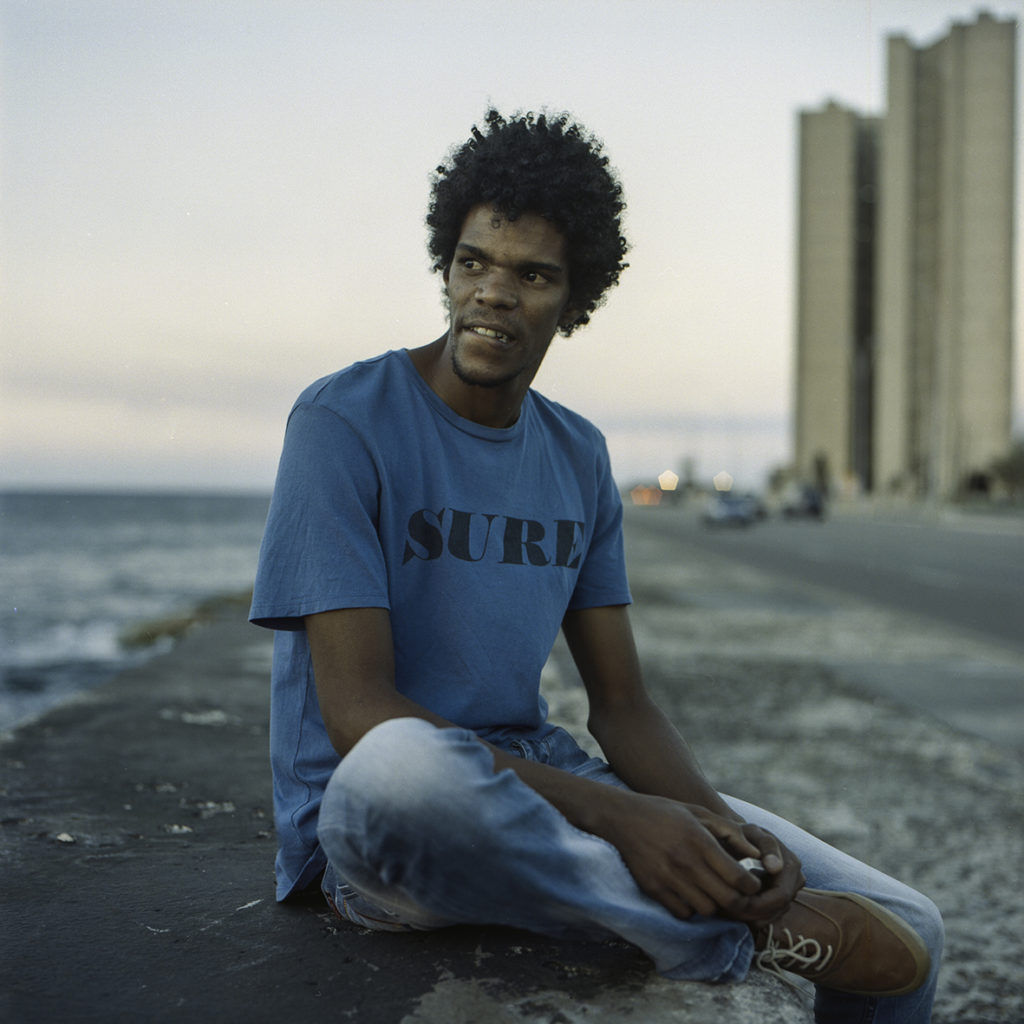 Harlyn Ramos, 26, a jazz percussionist home from living in Russia. 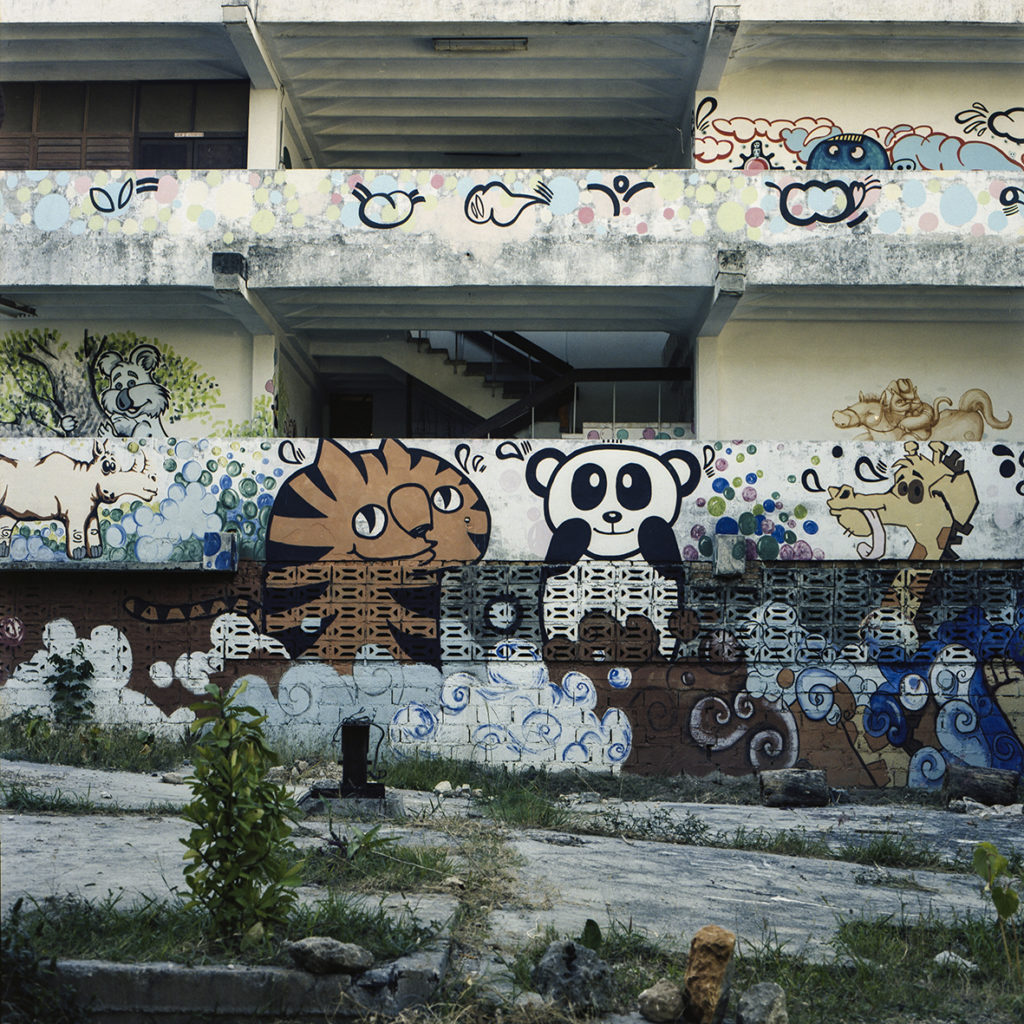 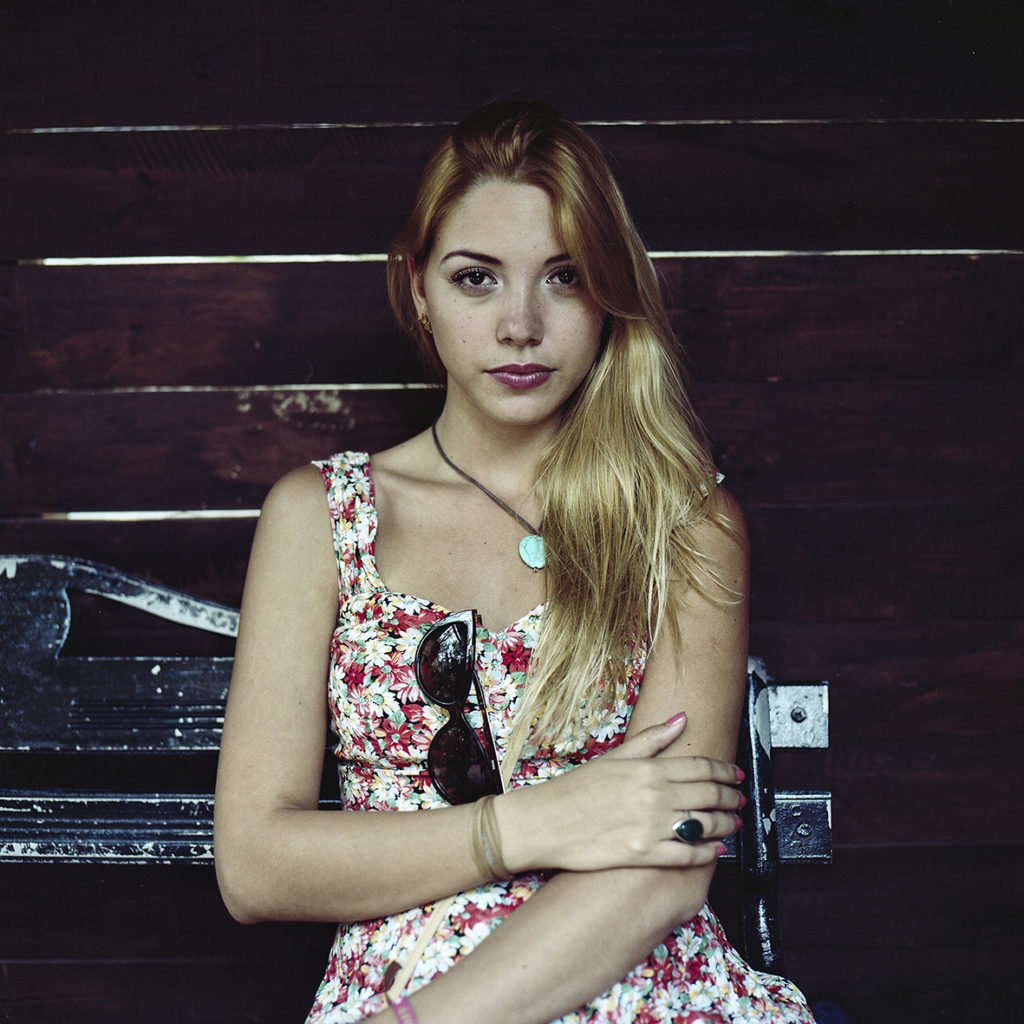 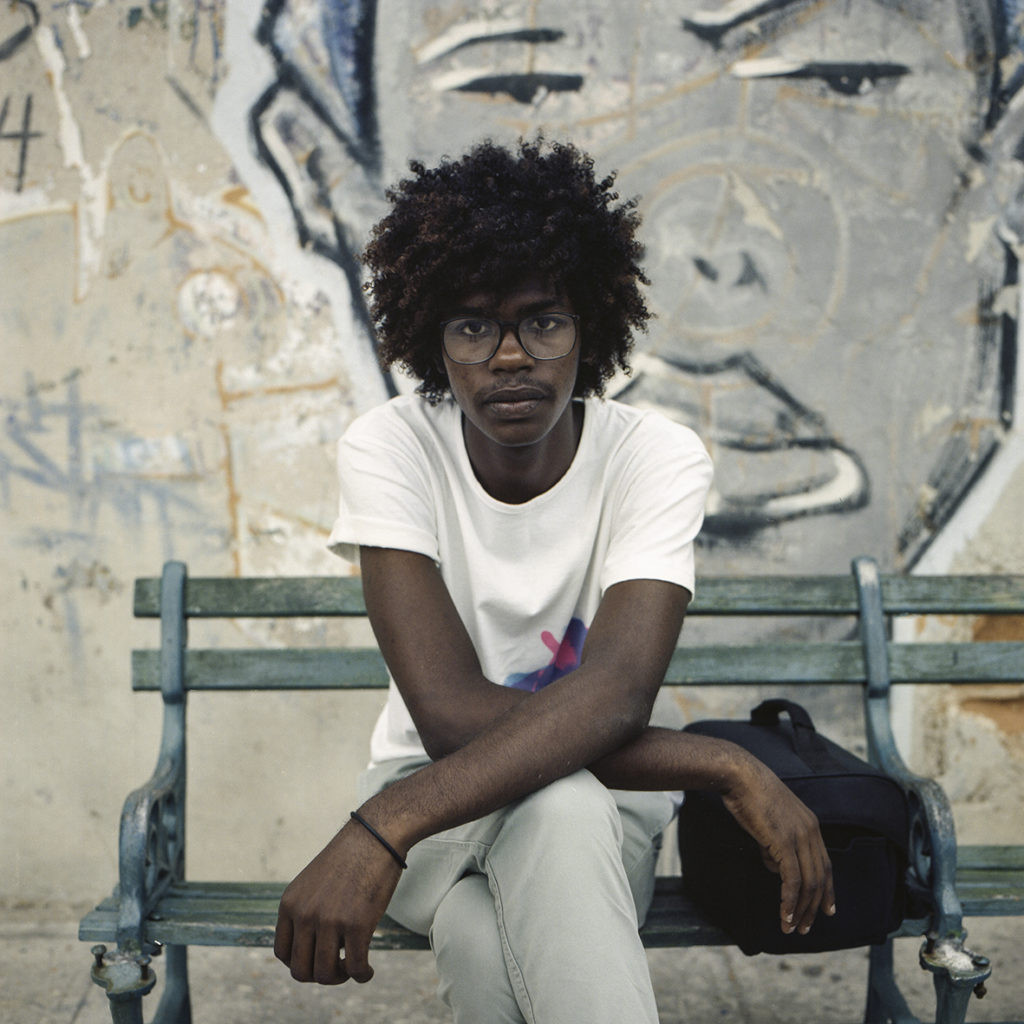 GJ: What did your subjects teach you?

Bayer: They taught me many things. Young Cubans are a generation with a lot of culture but with very few resources. That forced them to do things in an alternative way with very few resources, that is one thing that always amazed me. They are music masters. I learned about art, I learned about dancing. For one of my trips I went for the art fair Havana Biennial. It is like a flood of art in Havana. The city has a lot of street art, statues and galleries. Even the common Cubans who are really poor know how to appreciate art. Many Cubans are not watching television, people are not watching screens...and that was very cool.

Bayer: Havana has been a project with a lot of portraits. I wanted to spend time with my subjects. To me, these portraits have been a way of going beyond journalism. If you have two hours, we will go and take pictures of what is going on. But if you have two weeks, you spend time with someone. I would take many and the final portrait will tell you something more complex and more in depth.