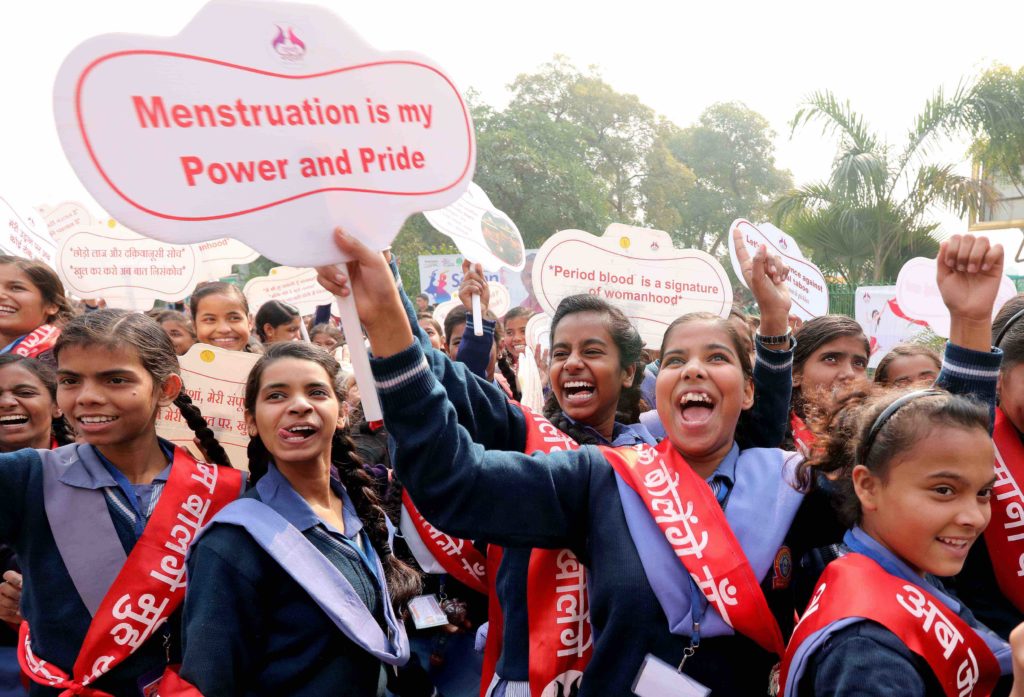 Indian school children hold placards as they participate in a campaign to raise awareness for menstrual hygiene among young girls in New Delhi, India, Feb. 5, 2019. In many parts of India discussing menstruation is still considered a taboo and the government, along with many non-government organizations, are working towards creating awareness on menstrual hygiene management and to provide free sanitary napkins at schools. (EPA-EFE/Harish Tyagi)

At this year’s Academy Awards a film called “Period. End of Sentence” won the Oscar for best short documentary. The movie focused on the subject of menstruation taboos in India and the story of a group of poor women who banded together to manufacture inexpensive menstrual pads.

The success of the film gave new visibility to what’s often referred to as “period poverty.”

This is usually defined as a lack of access or lack of money to purchase feminine hygiene products. Researchers have linked this issue to women’s health problems and lower rates of school among girls.

Of course, India is hardly the only country where menstruation is a taboo subject. In parts of Nepal, menstruating women have to sleep in huts separate from their family. In Ethiopia, women having their period aren’t supposed to attend church services. In other cultures, women are forbidden to bathe, swim or cook during their monthly cycle.

On this edition of Global Journalist: a discussion about period poverty and some of the ways that stigma about the issue affects women from India to  Kenya to the United States.