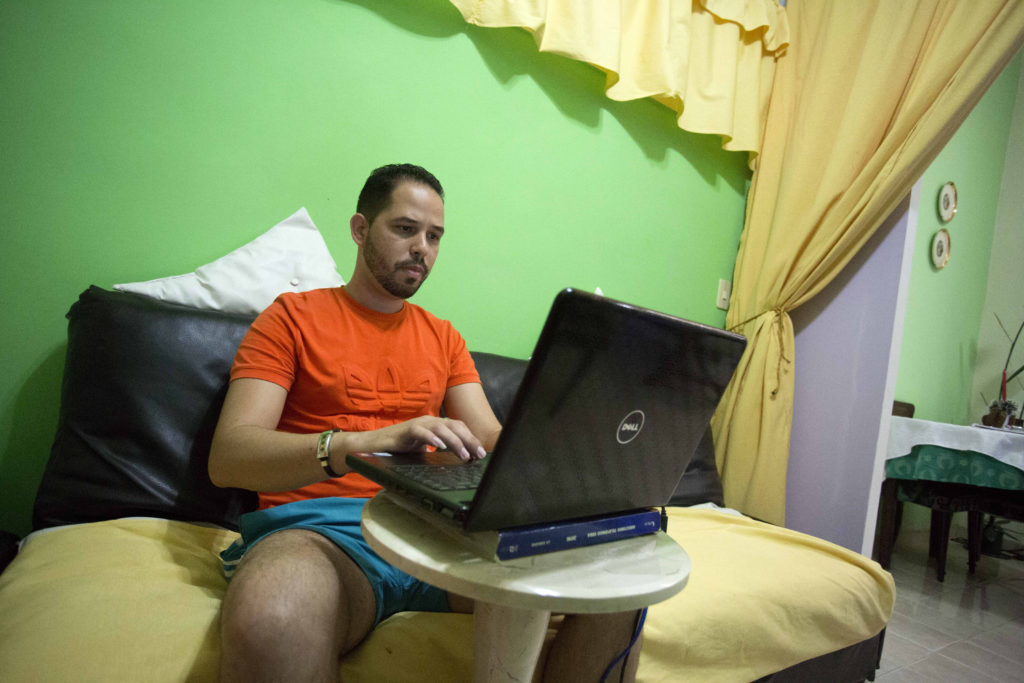 Roberto Carlos Villamar uses his laptop on the new experimental internet in the living room of his home in Havana, Cuba in 2017. (AP Photo/Desmond Boylan)

Cuba has long been one of the world’s least connected countries. Cubans weren’t allowed to buy personal computers until about a decade ago, and didn’t have access to the Internet until 2013.

But things are slowly changing in the Communist country. In December, the state telecom company launched the country’s first mobile internet network. At the end of March, the country’s government signed a deal with Google that could significantly boost speeds on the country’s painfully slow network. President Miguel Diaz-Canel even opened a Twitter account.

Still, Cubans face big challenges in accessing information about the outside world.

On this edition of Global Journalist, a look at Cuba’s slow march in to the digital age and what it means for the government’s efforts to control access to news and information – as well as the independent journalists who try to provide it.