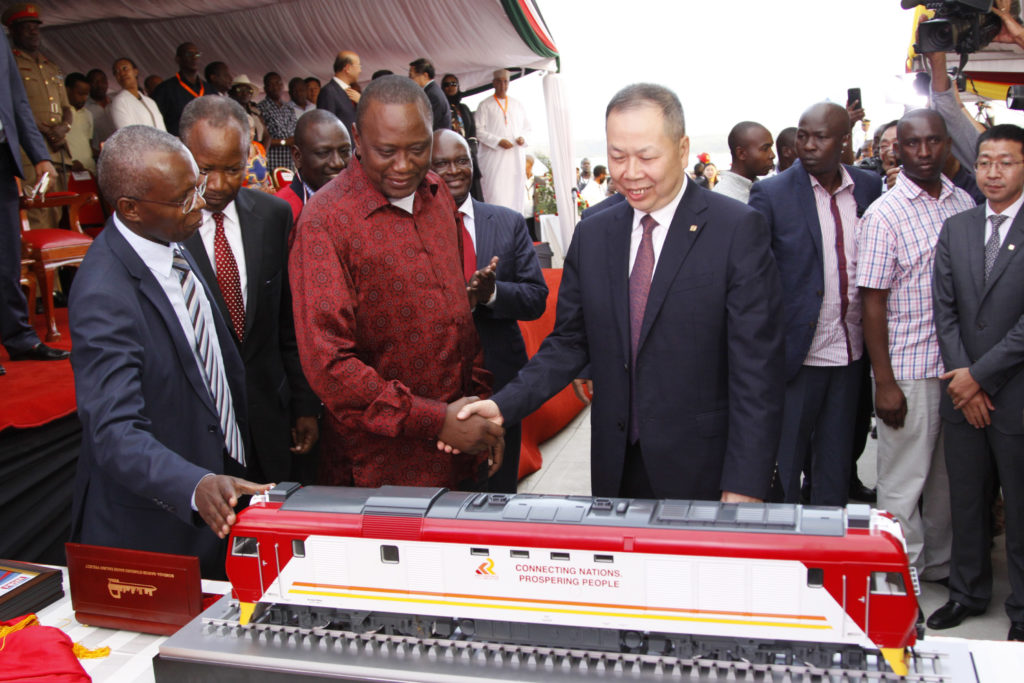 Kenyan President Uhuru Kenyatta and Chen Fenjian, president of the China Railway Construction Corp., shaking hands next to a model of a locomotive in Mombasa, Kenya, May 30, 2017. The Chinese built railroad in the country is the largest infrastructure project since Kenya's independence from the U.K. (AP Photo/Khalil Senosi)

Chinese workers have built bridges in Serbia, a huge railroad tunnel in Uzbekistan and a gas and oil pipeline across Myanmar. These are just a few of the dozens of massive foreign infrastructure projects China has financed across the world as part of President Xi Jinping's 'Belt and Road Initiative.'

In the six years since President Xi first floated the project, at least 124 countries have signed on to what is one of the largest international construction projects in history. Over the next decade, investment bank Morgan Stanley forecasts China will have plowed more than $1 trillion into the project.

But in spite of some notable successes, the project continues to be met with skepticism in the U.S. and other countries over concerns that China's deals with developing countries are not transparent and can land heavily-indebted governments in a 'debt trap.'

On this edition of Global Journalist, a look at China's Belt and Road Initiative as dozens of foreign leaders prepare to travel to Beijing for a summit on the project.