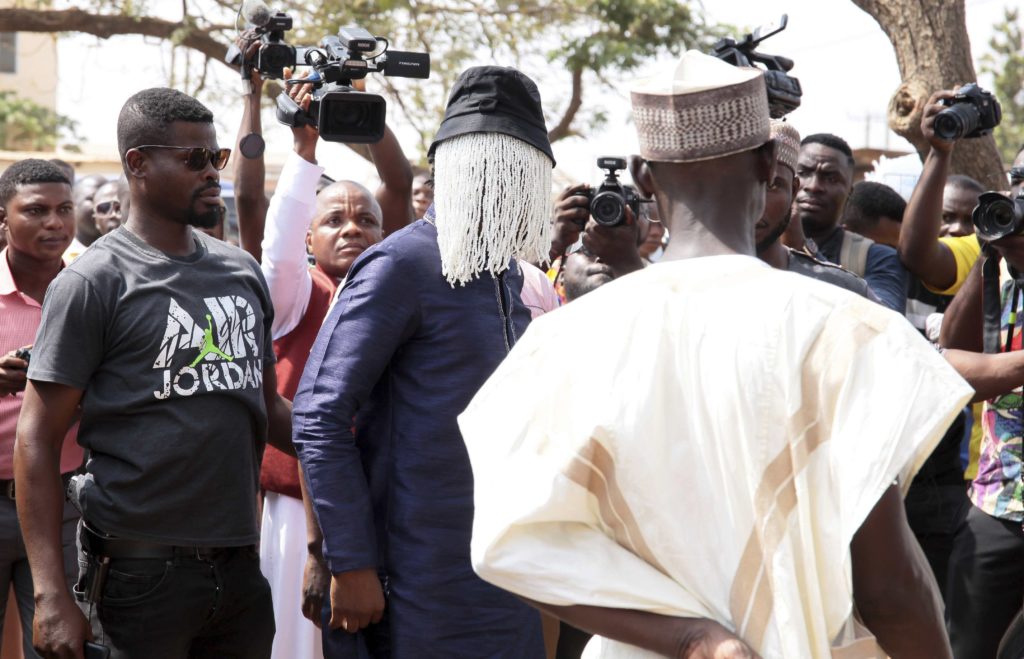 "We suspected that people would come and attack us."

The West African nation of Ghana has a well-deserved reputation as a beacon of democracy and freedom of expression, and perhaps the best symbol of this is the success of investigative journalist Anas Aremeyaw Anas. 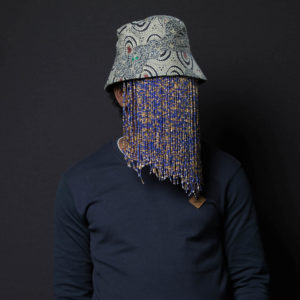 During the course of his two-decade career, Anas has gained fame for his undercover investigations and hidden camera exposés – often targeting corruption, malfeasance and harmful traditional practices. Known for wearing a beaded mask to hide his face in public, his work has included filming witch doctors in rural Ghana who practice ritual killings of children and a 2015 documentary that showed 34 Ghanaian judges on tape taking bribes.

This kind of work has been enabled by Ghana's reputation as a safe place for journalists. So it was all the more shocking when one of Anas' top deputies, Ahmed Hussein-Suale, was killed by motorcycle-riding gunmen Jan. 16 near his family home in the capital Accra.

Just seven months earlier Anas had released the documentary "Number 12," in which Hussein-Suale had played a key production role. The film exposed rampant corruption in African soccer, including dozens of referees accepting bribes to fix matches. Among those caught on film accepting bags of cash from Anas' undercover journalists was Kwesi Nyantakyi, the president of Ghana's soccer association and a former member of FIFA's governing council. In the aftermath, Nyantakyi was banned for life by FIFA; Ghana's top soccer league also suspended play.

"Number 12" generated headlines both in Ghana and globally after the BBC aired its own report on the documentary. But inside the West African nation it provoked a backlash from some who disagreed with the methods used by Anas' 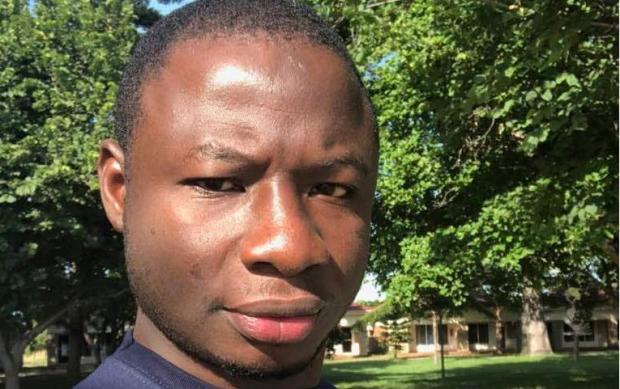 company, Tiger Eye PI,  or who sympathized with those caught on tape. One member of parliament, Kennedy Agyapong appeared on a Ghanaian television channel he owns and called on the public to attack Hussein-Suale. He showed pictures of Hussein-Suale's face and revealed the neighborhood where he lives. "The boy that's very dangerous, he lives here in Madina," Agyapong said. "If you meet him somewhere, break his ears."

Agyapong did not return messages from Global Journalist seeking comment, but in an interview after Hussein-Suale's death, he told the BBC: "I don't regret anything at all because they are evil."

For their safety, Anas and his team have abandoned the offices of Tiger Eye PI in Accra. While exposing corruption has long been Anas's mission, he now has a new one: to share Ahmed Hussein-Suale's story and protect press freedom in Ghana. Anas spoke recently with Global Journalist's Gaëlle Fournier and Connor O'Halloran. Below an edited version of their interview:

Global Journalist: Can you talk about Ahmed Hussein-Suale's character and how you met?

Anas: I met him in university. He’s a journalist that I have been with for many years now and he liked to be a leader. He was an intricate investigator who knew wrong from right and could understand when we have to doubt people.

GJ: It was reported that when Hussein-Suale was seeking a job with Tiger Eye, you first sent him on a test mission to report a story about cocaine. But he failed and got arrested. What was your reaction?

Anas: I was disgusted. I went there, took him out of the police cell, and spoke to him. Literally, I said that we are not going to work with him. But he came back with a long letter of apology and told me to give him another chance. With another chance, he said, he was going to be a better journalist. And we did, we gave him another chance and he took advantage of it. 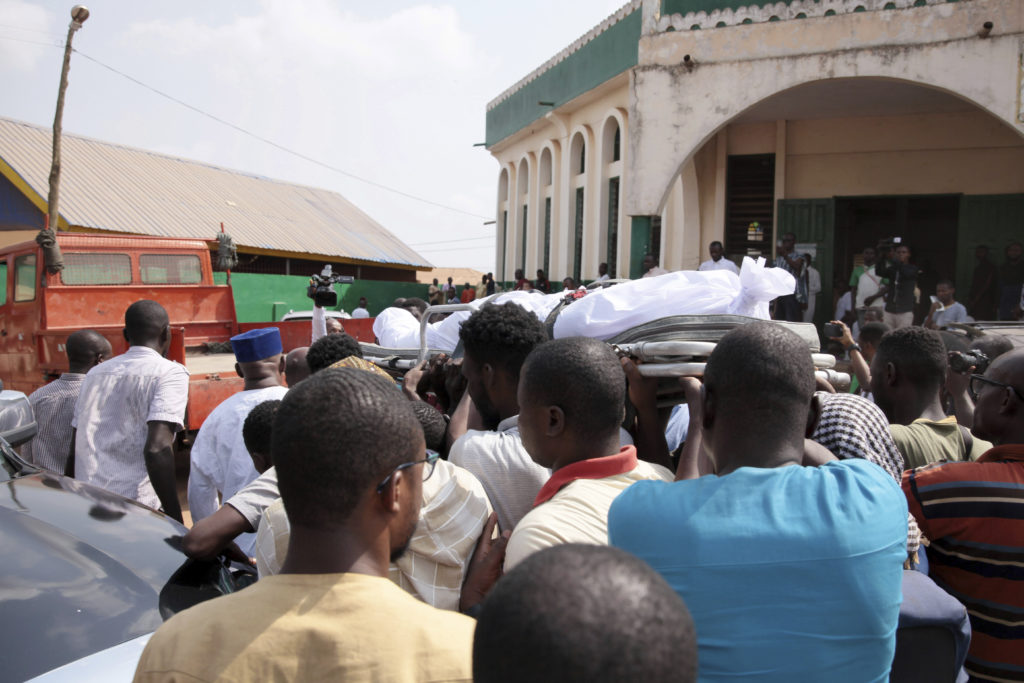 GJ: It's been reported that six people have been arrested for his murder but that they were released on bail. None have been identified publicly. Who do you believe the killer is?

GJ: You received threats from a lot of people. Was there anybody who was more threatening than the others? What about member of the Ghanaian parliament, Kennedy Agyapong?

Anas: Yes he is suspicious... I am a man of evidence. I am not one of those people who immediately jump into speculation. It was wrong that [Hussein-Suale’s] picture came out. I can say that showing the picture means it's easier for the people who want to attack. But I cannot use that as an excuse to say that he, specifically...killed him. I don't have any evidence to say that Kennedy got him killed.

Apart from that, it was very wrong to release the picture of someone who everybody knew was wanted because of the job he does. 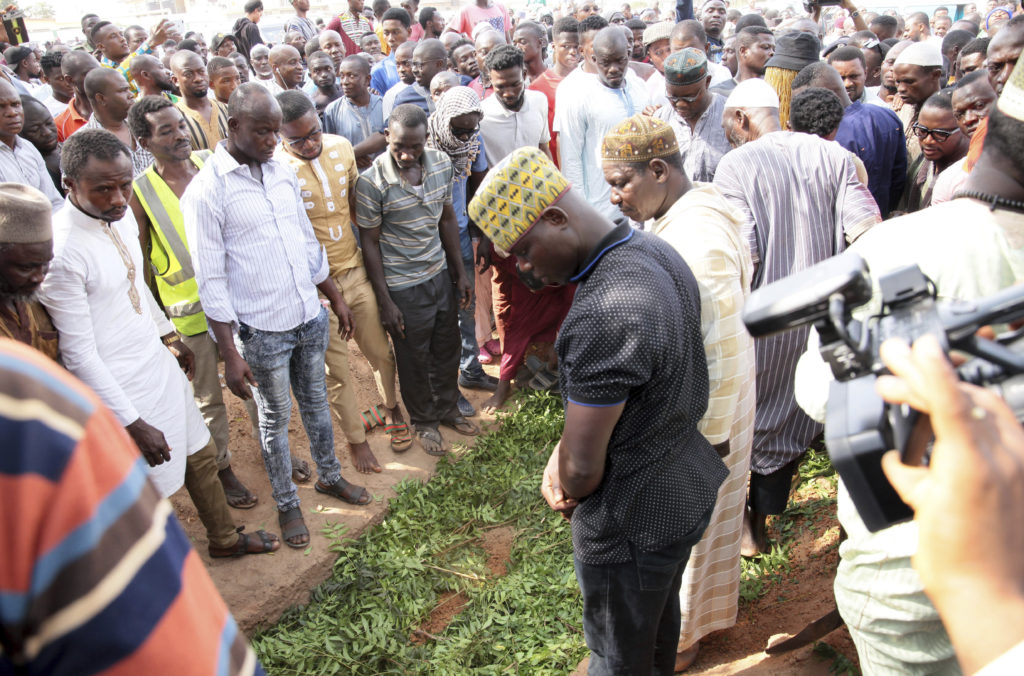 Mourners bury the body of Ghanaian journalist Ahmed Hussein-Suale , Jan. 19, 2019. Hussein-Suale was shot dead by gunmen on a motorbike on Jan. 16 in Accra, Ghana. (AP Photo)

GJ: You've said that Ahmed received death threats after his investigation. Do you fear for your life as an investigative journalist in Ghana?

Anas: It leads me to be more alert, to be critical and serious but it hasn't had any meaningful impact [on my work].

GJ: You left the Tiger Eye PI offices for your safety. What is the situation today?

Anas: We all left because we suspected that people would come and attack us. The situation is very good. It is very cool. We are okay, not where we used to be...We are at another location. I cannot mention the place.