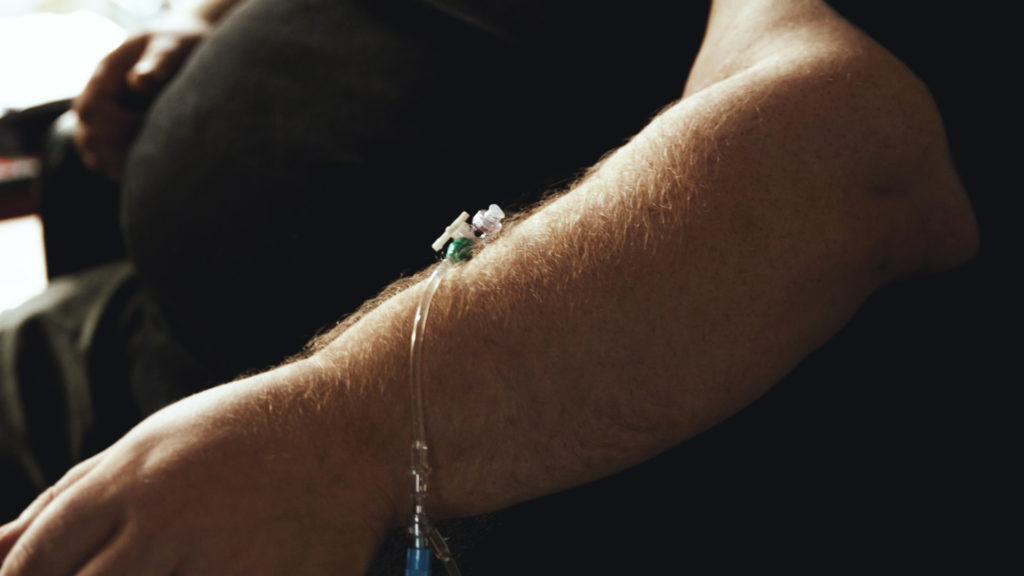 An image from the film "A Dignified Death," depicts the final hours of Eelco de Gooijer. De Gooijer, a psychiatric patient, chose to be euthanized in 2016. (Credit: FilmMoment)

The euthanasia of Eelco de Gooijer highlights a growing practice

When Monique de Gooijer’s son Eelco was born, she never thought she would be the last one to say goodbye.

Though he was physically healthy, the 38-year-old Dutch man chose to be euthanized in 2016, one of a small but growing number of Dutch people with psychiatric disorders who choose to have a doctor end their life.

“Life was not good for Eelco,” says de Gooijer, in an interview with Global Journalist, from her home in Tilburg, about 40 miles outside Rotterdam. “Eelco didn’t want to die, but he wanted to stop suffering. And he tried everything to stop the suffering, and there was nothing but dying to stop it.” 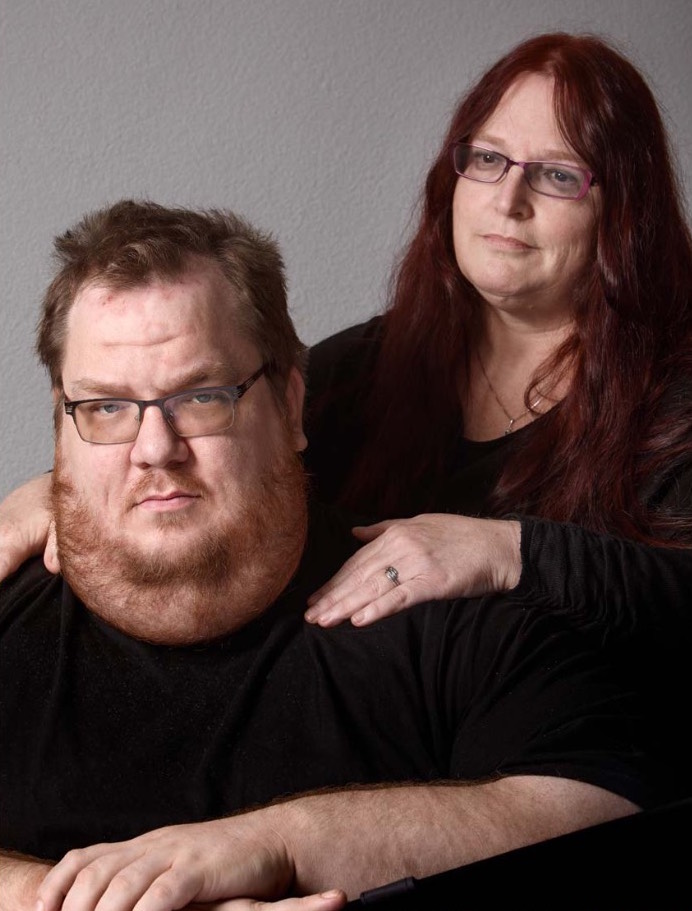 The Netherlands is famous for its liberal social policies on issues like drugs and prostitution. Euthanasia had been tolerated in the country for decades before it became the first nation in the world to formally legalize the practice in 2002. Under Dutch law, physicians can administer a lethal dose of a drug to a patient who is in “unbearable suffering,” has no hope of recovery, and asks to die.

Canada, Colombia, several other European countries and seven U.S. states have also legalized either euthanasia or physician-assisted suicide, where doctors may prescribe drugs that terminally-ill patients can use to end their lives.

The Netherlands laws differ from those in Canada and the U.S. in that someone need not be facing death in a matter of weeks or months to choose to end their life. “Unbearable suffering” has been interpreted to include psychiatric patients like Eelco who are physically healthy enough to go on living for many years. Belgium also allows psychiatric patients to be euthanized.

Since the 2002 law went into effect, reported rates of euthanasia have grown more common in the Netherlands, rising from 2,120 in 2007 to 6,585 in 2017 – more than 4 percent of all deaths in a country of 17 million. The number of psychiatric euthanizations, though relatively small, has also grown. In 2008 there were just two, a figure that rose to 83 in 2017, according to the data from the country’s euthanasia review committees.

Even though euthanasia retains broad public support in the Netherlands, not everyone is comfortable with the rising figures – especially for people with mental health disorders. Theo Boer, a Dutch medical ethicist who spent nine years on one of the committees that review euthanasia cases, was once in support of the Netherlands' law, but is now a critic – particularly of the use of euthanasia for patients with psychiatric disorders and dementia.

The debate is only likely to grow due to a new documentary about Eelco’s decision to be euthanized, called “A Dignified Death,” that was released on February 23 in the Netherlands and will premiere in the United States on March 20. 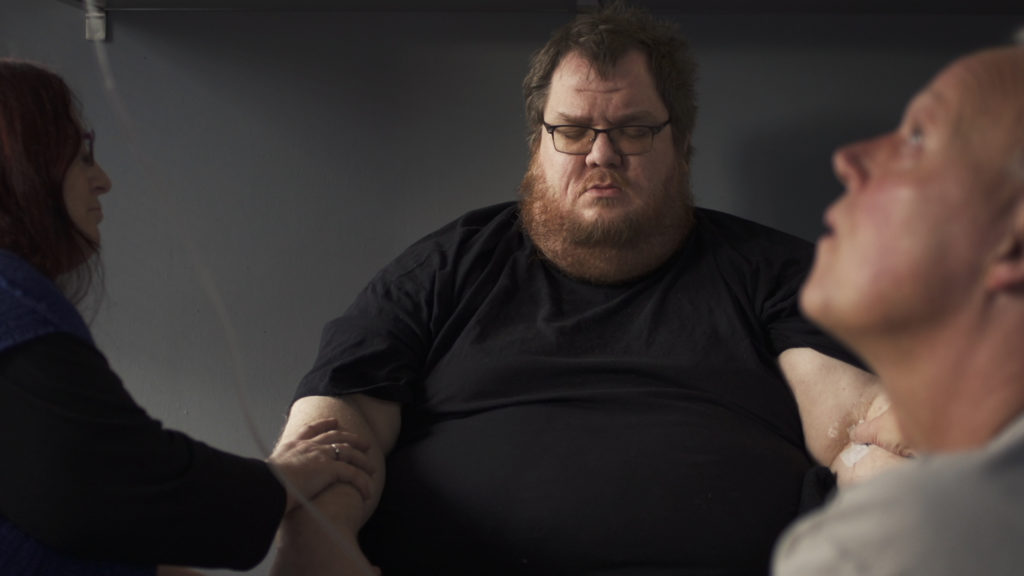 Eelco prepares for euthanasia, with mother Monique by his side. (Credit: FilmMoment)

While his mother described him as a “big teddy bear,” Eelco had been unhappy since he was a child. At age 7, she had found him standing near an open window as if ready to jump to his death. “He said, ’Mom, what’s the meaning of life? I don’t like life,’” de Gooijer says.

He sought mental health treatment many times and was diagnosed with multiple disorders. But no treatment alleviated his suffering. Eelco thought hard about suicide, but was troubled about the impact it would have on his family as well as those who might discover his body should he jump from a building or step in front of a train. For him, euthanasia was a better alternative. He wanted to leave by “the front door,” says de Gooijer.

“He said, ‘train drivers don’t need to be afraid for me,” says Eelco’s father, Bert de Gooijer. “He said also, I want, when I decide to die, that no other person have trauma for me. So euthanasia was for him the only way.”

A DIGNIFIED DEATH - OFFICIAL TRAILER from FilmMoment on Vimeo.

The physician who performed Eelco’s euthanasia, Kees van Gelder, has been fulfilling euthanasia requests for 30 years. He argues that there are adequate safeguards in place to ensure that euthanasia is only used on psychiatric patients in the most hopeless of circumstances. The process can take months or even years, and applications are approved  only after examinations by multiple physicians.

In addition to examining the patient to establish “unbearable suffering,” the physician must be sure the patient has been consistent in expressing his desire to die that the patient is free of outside pressure to be euthanized. Finally, treatment options to relieve suffering must be exhausted.

The multistep process, says van Gelder, allows him to feel confident in the decision whether to go through with a euthanization.

“For me, there is no such feeling of guilt or such feeling of ‘did I make the right decision?” he says, in an interview with Global Journalist. “When I have doubts about it, I will stop the procedure - and I did that many times.”

For opponents of physician-assisted suicide and euthanasia, van Gelder’s explanation is likely to ring hollow. Others may support the practice for the terminally ill yet oppose it for cases like Eelco. But for his mother Monique, the picture looks different.

“We know why he did it,” says Monique de Gooijer. “We know how he was suffering. For me, what was very important was to be with him when he died… if you know you’re going to lose your child, it’s less painful than suicide.”