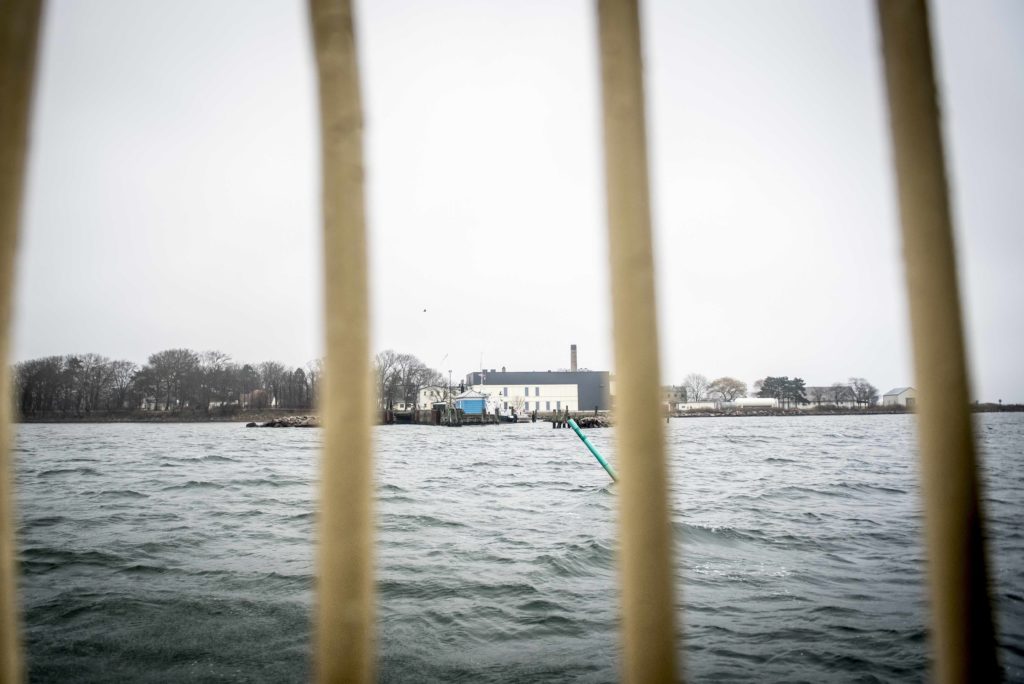 Buildings on Lindholm island in Denmark, Dec. 6, 2018. The Danish government plans to use the island, home to a research center for contagious animal diseases, to house "unwanted" migrants. (EPA-EFE/Mads Claus Rasmussen)

With a generous welfare state, a population wealthier than France's and high international rankings on issues like education and gender equity,  Denmark has long enjoyed a reputation as a progressive Scandinavian haven.

Yet since the 2015 immigration crisis in Europe, the Western European nation of 5.8 million has become one of the most hostile places in Europe for refugees and asylum-seekers. The latest step by Denmark's center-right government, which relies on support from the far-right Danish People's Party, is to banish a group of "unwanted immigrants" to a 17-acre island in the Baltic Sea. 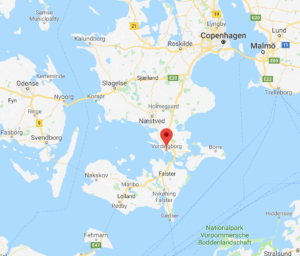 Taking a page from Australia's use of remote South Pacific islands as migrant detention camps, Denmark plans to spend $115 million to construct a migrant living quarters on Lindholm Island, a speck of land about 62 miles (100 kilometers) south of Copenhagen that was previously home to a research center for contagious animal diseases.

Slated to open in 2021, the plan is to house approximately 100 asylum-seekers with criminal records whom the government is unable to deport, either because their home country won't accept them or because they'll be in danger for returning.

"They are unwanted in Denmark, and they have to feel that," Inger Stojberg, Denmark's Immigration Minister, wrote on Facebook in November.

The move follows a series of other laws designed to make immigrants, especially Muslims, feel unwelcome. Last year the government banned the wearing of burqas or face veils in public. It also passed a law requiring immigrants who become citizens to shake hands with an official at the naturalization ceremony. Some conservative Muslim women do not shake hands with members of the opposite sex. In 2016, it passed a law allowing officials to confiscate cash and valuable personal property such as jewelry from asylum-seekers when they enter the country.

Those sent to Lindholm Island will be allowed to leave during the day by ferry, but must return at night, though it remains unclear how often the ferry will operate or how much it will cost.

Though Denmark's tough immigration rules have garnered public support, the latest plan has run into local resistance from people in Vordingborg, the municipality that includes Lindholm Island. Global Journalist's Franziska Stadlmayer spoke with Vordingborg's mayor, Mikael Smed, from the center-left Social Democratic party, about the effects on his municipality of 46,000. Below, an edited version of their interview: 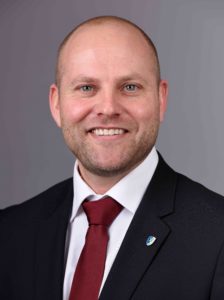 Global Journalist: When did you hear about the government's plans to turn an island in your municipality into a center for unwanted migrants?

Smed: I heard about the government plans the day they launched them in the media [late last year].  At first, I thought it was a joke, that they were mixing dates and it is like the first of April. But it wasn’t. Then I wondered how they came to this conclusion and how did they think that this is a good idea?

GJ: So you think it's not a good idea?

Smed: No. The government says it's more secure to place them on the island. But there is a ferry and 20 minutes later they are in town.  So actually, they don’t solve any problem. They just move it from one place in Denmark to another.

The government told me that they will provide us with more police. My answer to that is: it will make people even more concerned. We don’t see any reason to spend the taxpayer's money on that. It is quite a big amount of money, close to 1 billion Danish kroner ($150 million).

When the facility is running it will be 1.8 million Danish crowns ($272,000) every year per person who lives on the island. I know how much, or how little, we spend on schools or on our elderly, so I think that’s a lot of money. 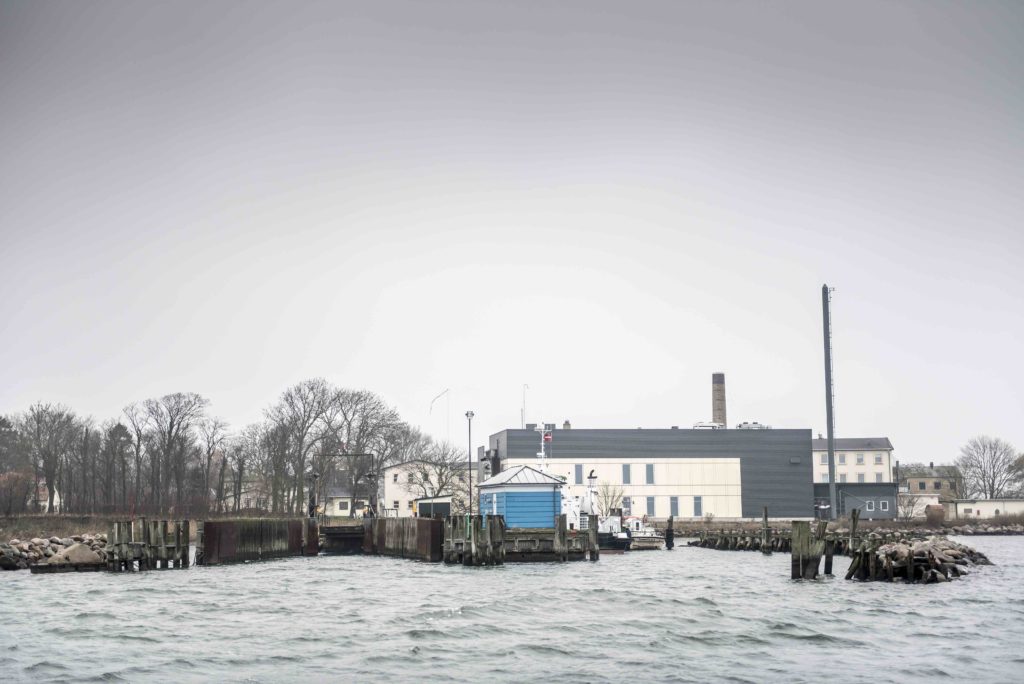 GJ: Do you have fears for your town when it comes to the refugees?

Smed: Some of these migrants have been done [serious] crime and have been in prison. Now they have done their time and they should go home to their homeland.

But they won't or we might have no agreements with these countries and therefore they won't take their citizens back. My fear is not that they will run around the village doing all sorts of crime. My fear is when you isolate up to 100 or 125 mostly men, who had prior to this committed a crime, that they also have some PTSD problem because of a war or some other event. I fear that there will be an issue with psychological problems.

GJ: What do people in your town think?

Smed: Most of the people I talked to think that it's a waste of tax money because it doesn’t solve any problems. It's just moving the refugees. My local citizens are concerned now [about] house prices and they're also afraid about tourism. This is a tourist area and so they fear this plan will have an effect. Others are concerned of the risks of crime.

We had several meetings arranged by citizens where politicians and people have met in debates. And they're doing different kinds of things. Some are a lot in the local media and in the Danish press where they try to get the politicians to look into this matter and take responsibility. 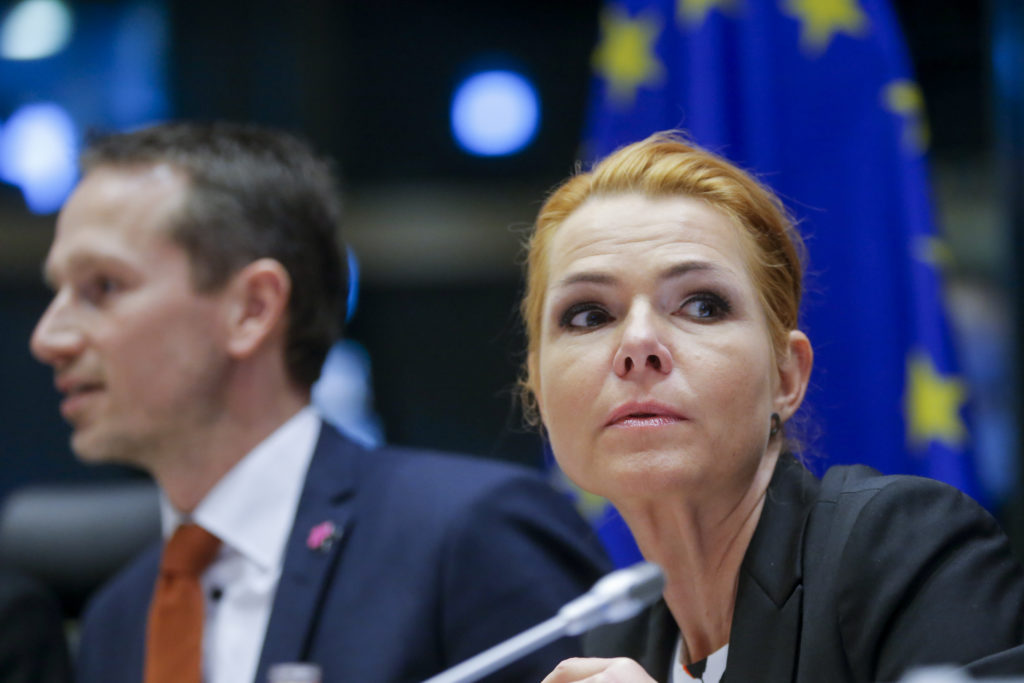 GJ: Do you think this island will really open for migrants in 2021?

Smed: I have my doubts. There has been a laboratory on the island and we know that there has been research about animal diseases. So the island will have to be cleaned up. But the laboratory hasn’t moved yet and they haven't started the cleaning process.

And I have great expectations that the upcoming election will provide us with a new government. Elections in Denmark can be very close. I hope we get a government which takes a profound look at which problems we have to solve and how we do that. I am convinced that this spending of tax money is not the best option.