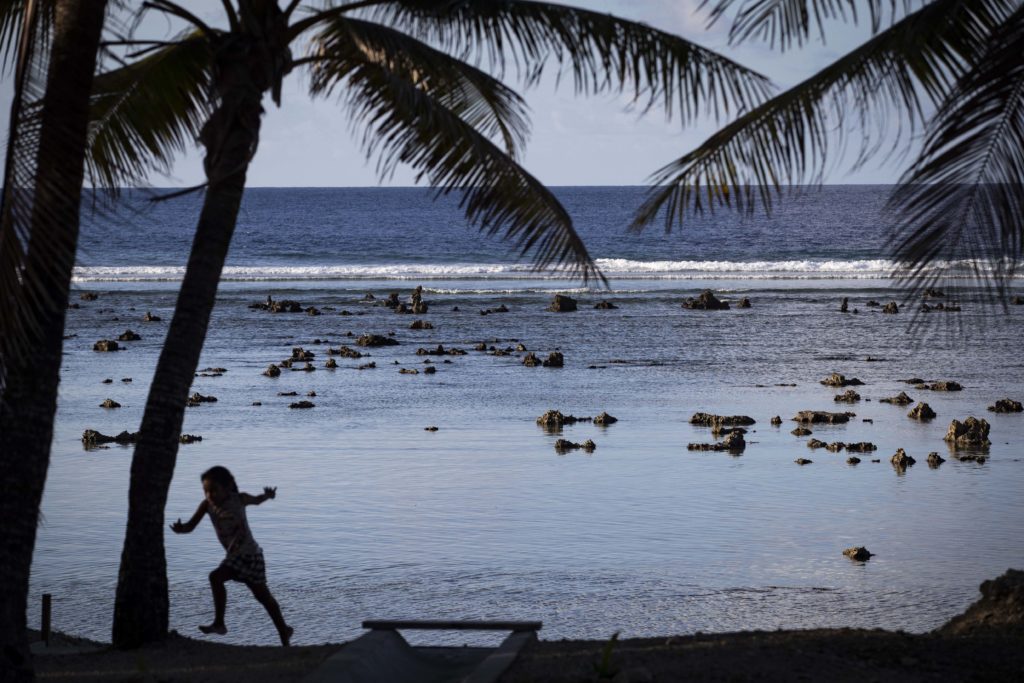 A child plays near the beach in Nauru during the Pacific Islands Forum on the tiny Pacific nation of Nauru Sept. 3, 2018. (Jason Oxenham/ AP)

Australia's continued detention of about 1,000 refugees and asylum-seekers on two remote Pacific islands has garnered international criticism as details emerge of alarming rates of attempted suicide and poor medical care.

Yet many Australians see the island detention centers as a necessary deterrent to keep the country from being overrun by a tide of migrant boats from Indonesia.

On this edition of Global Journalist, a look at the conditions for the hundreds of migrants who have spent years in Australian detention on Nauru and Manus and the debate about their fate in Australia.