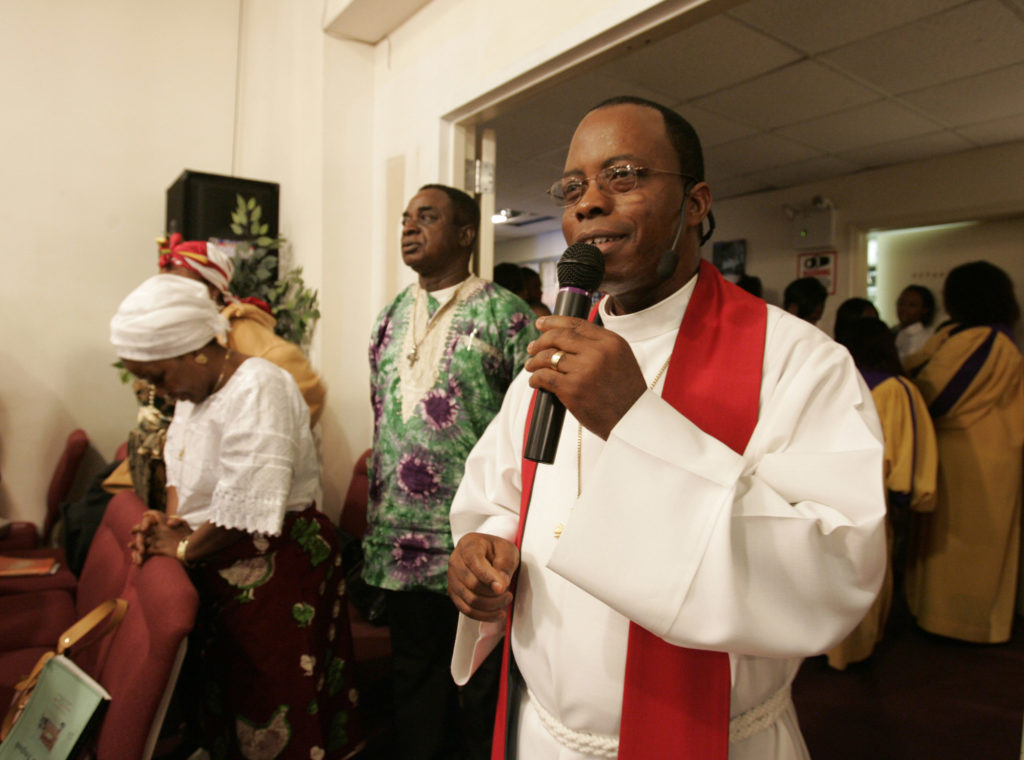 Rev. Philip Saywrayne gives a final blessing to his congregation at Christ Assembly Lutheran Church Sunday, April 2, 2006 in Staten Island, N.Y. Saywrayne, who immigrated to the U.S. from Liberia in 1990 now leads a congregation that is made up mostly of Liberian immigrants who fled their country's civil war. (AP Photo/Julie Jacobson)

There are now nearly twice as many Christians in the Global South as there are in Europe and North America. As Christianity's center of gravity has shifted - so too is the flow of missionaries.

Thousands of Christians from places like Brazil, Nigeria and South Korea - where Christianity was first brought by European and North American missionaries - are now traveling to Europe and North America seeking to convert the natives.

On this edition of Global Journalist, a discussion about the growing phenomenon of "reverse missionaries."