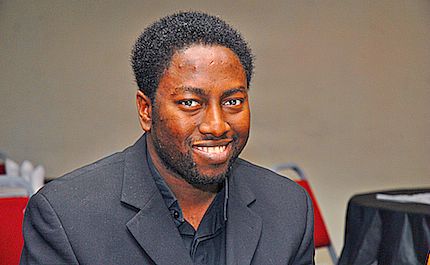 The earliest Protestant missionaries to what is now Nigeria lived lives of little comfort. Thomas Jefferson Bowen, a Baptist missionary from Georgia, went to Christianize the Yoruba in 1850, only to survive internal warfare and an attempt on his life. Two of his fellow missionaries and his first-born child died of disease. Riddled by malaria, Bowen himself died a vagabond in the U.S., addicted to alcohol and painkillers.

"Bodily afflictions are small compared with what I have suffered on account of my exile from home, and friends, and Christian privileges,” Bowen wrote, according to an account of his life by the International Mission Board.

More than a century and half later, the same impulse to spread the Gospel that led Bowen and other missionaries to European colonies is alive and well. Yet the flow of missionaries is reversing as churches in Europe and North America shrink while those in the developing world boom. By 2020, 65 percent of the world's Christians will live in Africa, Asia or Latin America, according to the Center for the Study of Global Christianity. That makes increasingly secular Europe and North American nations fertile ground for converts. In Britain, for example, 48 percent of adults report that they have "no religion" according to a 2015 study by St. Mary’s University.

Consider Israel Olofinajana, who says he felt "the call" when he was a 17-year-old in Nigeria's Oyo State. While visiting family in the U.K. in 2003, he realized it was a good place to do mission work. Shortly afterwards he moved there to pursue a master's degree at South London Christian College, and was influenced by his Pentecostal church in Nigeria to try to plant a church in the British capital. Eventually, he turned to a Baptist denomination in an effort to reach a more multicultural congregation.

Now 41, Olofinajana is pastor of Whoolwich Central Baptist Church in London and considers himself a "reverse missionary." He's even established an organization, the Centre for Missionaries from the Majority World, to help British indigenous Christians connect with pastors from the Global South.

While some of Olofinajana's challenges are much different than those faced by Bowen in the 1850s, spreading religion to people of a different culture is no easy task. He spoke with Global Journalist's Seth Bodine about culture shock, facing inhospitable natives and surmounting an English to English language barrier.

Global Journalist: When did you decide you wanted to be a minister?

Olofinajana: I think I always knew that I wanted to be a minister of religion in one sense or the other because I went to study theology at university. I knew I was called into doing  ministry. I always sensed that call since I was 17 years of age — that I wanted to serve God in ministry. Initially, I thought that was going to be in Nigeria. I never really planned to travel. But all that changed between 2003 and 2004.

GJ: You came to the U.K. as a Pentecostalist. You're now a Baptist minister. Did the Pentecostal church in Nigeria influence you to plant a church in the U.K.?

Olofinajana: They were very much behind it, but I actually didn’t end up planting [a Pentecostal] church. If I had planted that church, it would be a Nigerian church [in England] — and that defeats the whole point of being a missionary, if you just minister to your own people. So I decided to do something different rather than  just plant what would be regarded as a monocultural or monoethnic church.

GJ: What difficulties did you face coming to the U.K. as a minister?

Olofinajana: Of course there was the challenge of being integrated into the culture. Even though my medium of education was in English, speaking English with people who are English is very different because of your accent – or their accent. So negotiating some of that was very tricky.

The culture shock of London and Western society sometimes being very individualistic– where I was coming from, there was a sort of sense of culture, where it’s very easy to share life together… It was tricky negotiating some of that, and challenging.

GJ: The term “reverse missionary” has different definitions. How do you define it?

Olofinajana: I would say it is a post-colonial theology. It is simply saying that those who used to be on the receiving end of Western missionaries have matured enough to give back.

If you understand the history of missions, the history of the mission was the West going to the rest of the world and engaging in missionary activities. But for now, reverse missionaries are saying that we’ve moved beyond that and are now mature enough to give rather than just receiving to contribute to a global mission.

I think the term reverse mission is controversial because when you look at the term, it  presupposes a sort of direction. Whereas the conversation around mission studies at the moment is saying that if mission is about God, the direction doesn’t really matter.

GJ: What general challenges do reverse missionaries face in the U.K.?

Olofinajana: There are quite a lot. There is some perception that the U.K. doesn’t need missionaries. At times there is a lack of hospitality in that sense.

Another challenge is how people perceive people from the majority world. So for example, at times people might perceive Africans as those who are coming to take resources. It’s not easy at times to get visas for some of those missionaries because they come in as refugees and economic migrants. Getting a minister visa is getting very tricky because you have to have a certain amount in your bank account.

GJ: In an article you asked if reverse missions were “rhetoric or reality.” Could you explain what that debate?

Olofinajana: I think that question is exploring [whether] this phenomenon is really happening. Rhetoric in the sense that, is it just a language, an intention, something someone aspires to do? Or is it actually happening?

But there are also cases where migrant pastors are leading a multicultural or multi-ethnic church. Then we could say in this case, [the]] reverse missionary is a reality, it’s happening. So in some places it feels like a rhetoric and in some places it’s a reality.

GJ: How do you see this phenomenon changing over the next five years?

Olofinajana: What we are seeing at the moment is that because migration has been happening for a while, there’s this sort of [discussion] around it at the moment. So you have first generation, second generation and third generation Africans, and the same with South Americans, Caribbeans and Asians.

I think the challenge is how you engage with that second and third generation. Some of them might not necessarily want to be in the church where their parents are or don’t necessarily share the faith of their parents or speak the language of their parents because they're not interested. They see themselves as British and not African or South American. If there are creative ways of engaging with that second or third generation, then I think the future of the reverse mission is still very bright.

Correction: An earlier version of this story incorrectly said that Olofinajana began his master's degree in 2013. It was 2004.