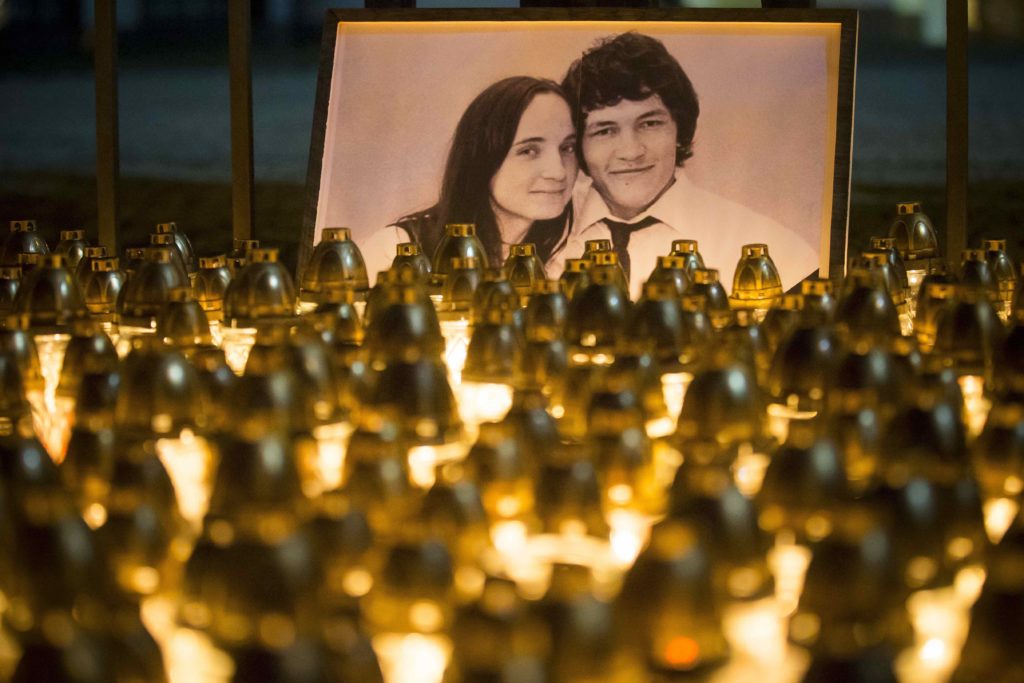 Candles are placed during a silent protest in memory of murdered journalist Jan Kuciak and his girlfriend Martina Kusnirova in Bratislava, Slovakia in February 2018. (AP Photo/Bundas Engler, File)

When the Saudi Arabian journalist Jamal Khashoggi was killed and dismembered by a Saudi hit squad in Turkey, the story generated international headlines for days. But in 2017 and 2018, according to the Committee to Protect Journalists, at least 100 other journalists were killed around the world. Unfortunately, for the most part their deaths don’t generate anywhere near the same level of reaction.

On this edition of Global Journalist, a look at the recent murders of two investigative journalists in the European Union. Both Slovakia's Ján Kuciak and Malta's Daphne Caruana Galizia were investigative journalists probing government corruption and the influence of Italian organized crime families in their respective countries. And in both cases, justice has been slow in coming.

Yet if the intention of those who killed Kuciak and Galizia was to halt their reporting, that effort failed. In both cases, journalists from a number of media outlets organized to continue the work of their slain colleagues.