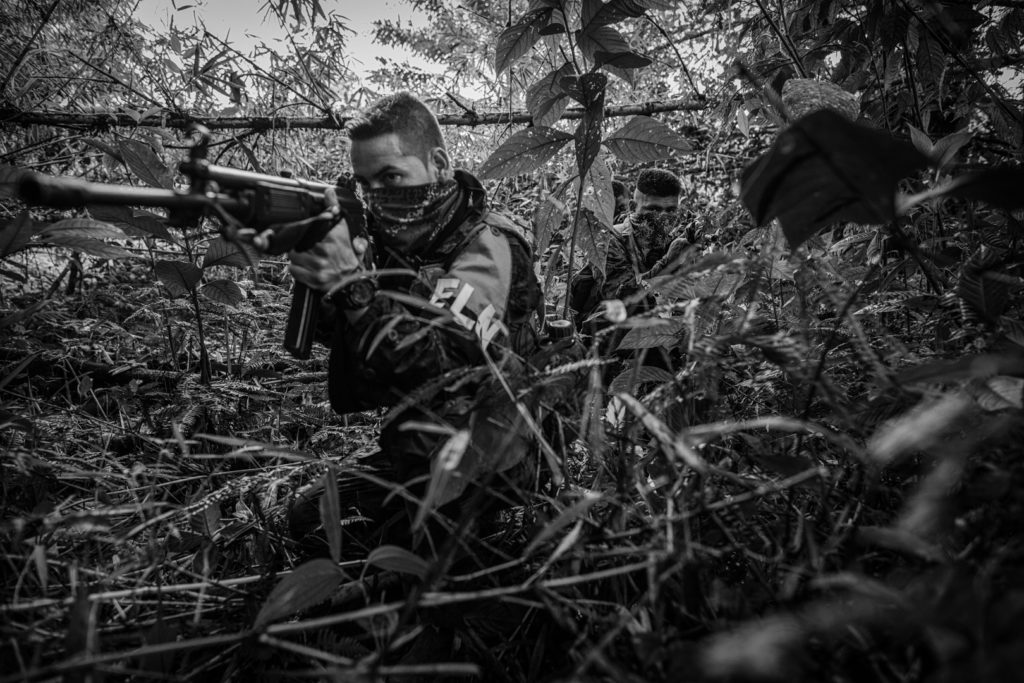 Members of the ELN front Che Guevara, during military drills at their camp in Colombia's western Chocó region in February 2014. The front is formed by teenagers as young as 12. (Juan Arredondo)

"Sometimes it's with gifts, they lure children with gifts."

Photojournalist Juan Arredondo was on assignment with the Red Cross in Colombia in 2014 covering the government's long-running conflict with rebels from the FARC and the smaller National Liberation Army, or ELN.

One day, he visited a guerrilla camp run by the ELN, in western Colombia and was shocked to see that many of the guerrilla soldiers were teenagers. To his surprise, the guerrilla commander did not object to his photographing the ELN's young soldiers. 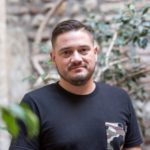 When Arredondo, a Colombian-American photojournalist who has worked for the New York Times and National Geographic, returned to the capital Bogotá, he kept thinking about the teenage soldiers and wanted to learn more about their lives. Thus began what would be a three-year journey into the life of Colombia's child soldiers – an effort that led to the black and white photo essay "Born into Conflict."

Over the past five decades, thousands of Colombian children fought in the country's war. Many were essentially raised in guerrilla camps and trained as fighters from an early age. In the FARC alone, 3,700 children were recruited to be child soldiers, according to government data published by Reuters. Twenty percent of them joined before age 15. Many have been demobilized from the FARC as part of a 2016 peace agreement with the government.

The ELN was not a signatory to that agreement, and still controls remote parts of the south and west of the country. Colombia's government accuses the ELN of continuing to recruit child soldiers.

The project earned Arredondo, now 41 and living in Boston, the 2016 Humanitarian Visa d'Or prize from the International Committee of the Red Cross. Arredondo spoke with Global Journalist's Niki Braham about the methods Colombia's rebels used to recruit children, and his hope for the country's future as it struggles to implement a 2016 peace agreement between the government and the FARC. 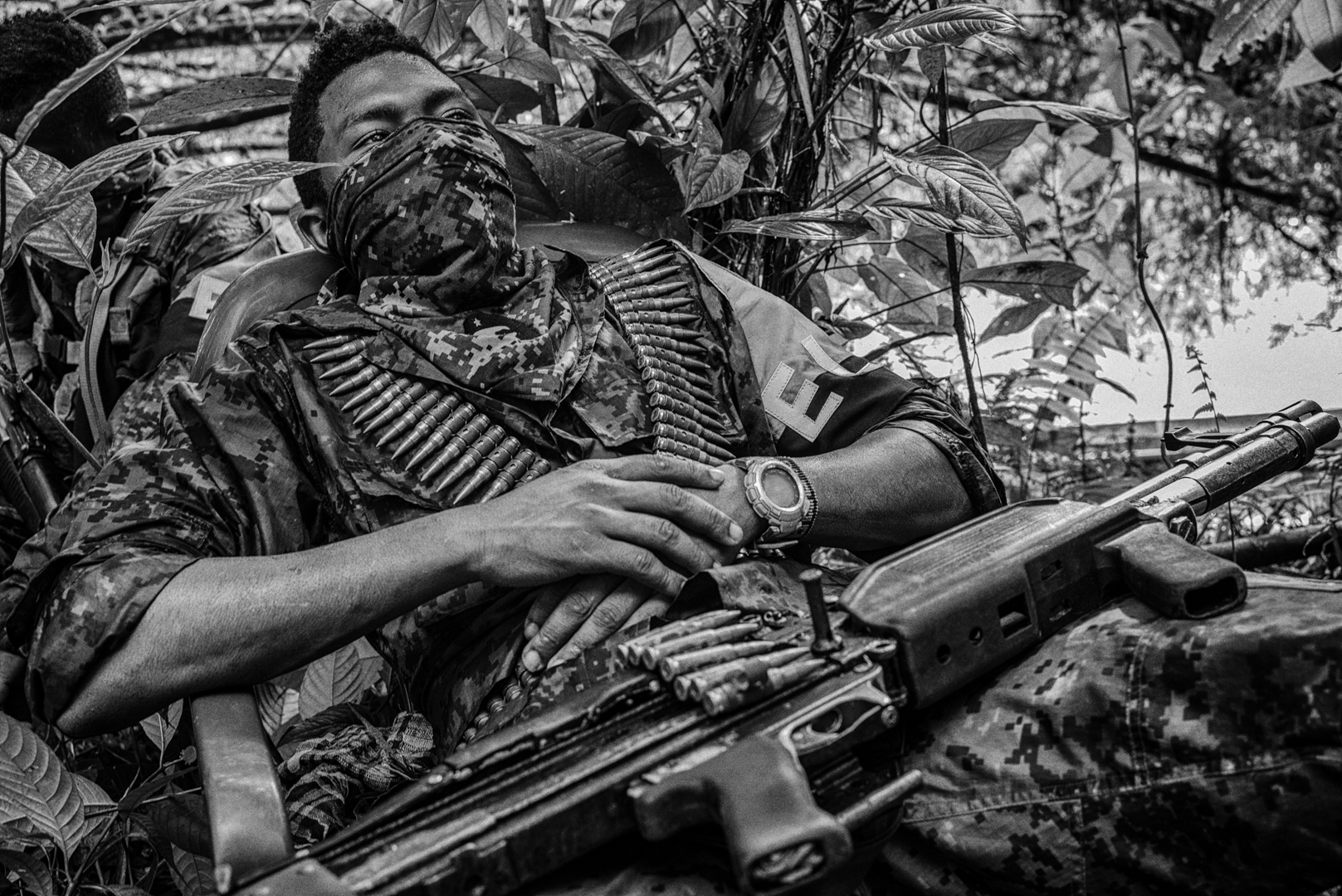 Camilo, 17, rests after drills with the ELN in Chocó, Colombia. 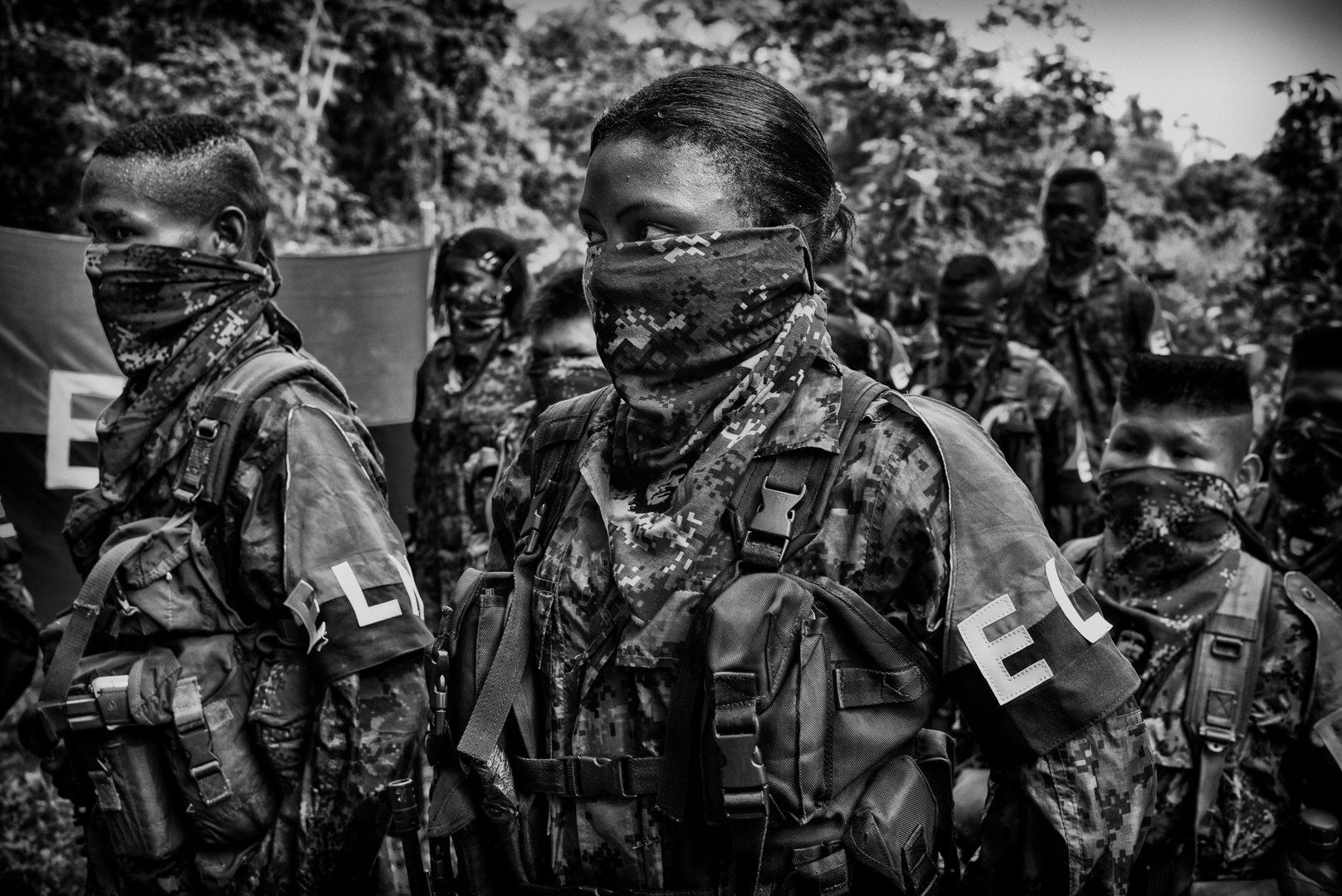 Members of the ELN Front Che Guevara are as young as 12. 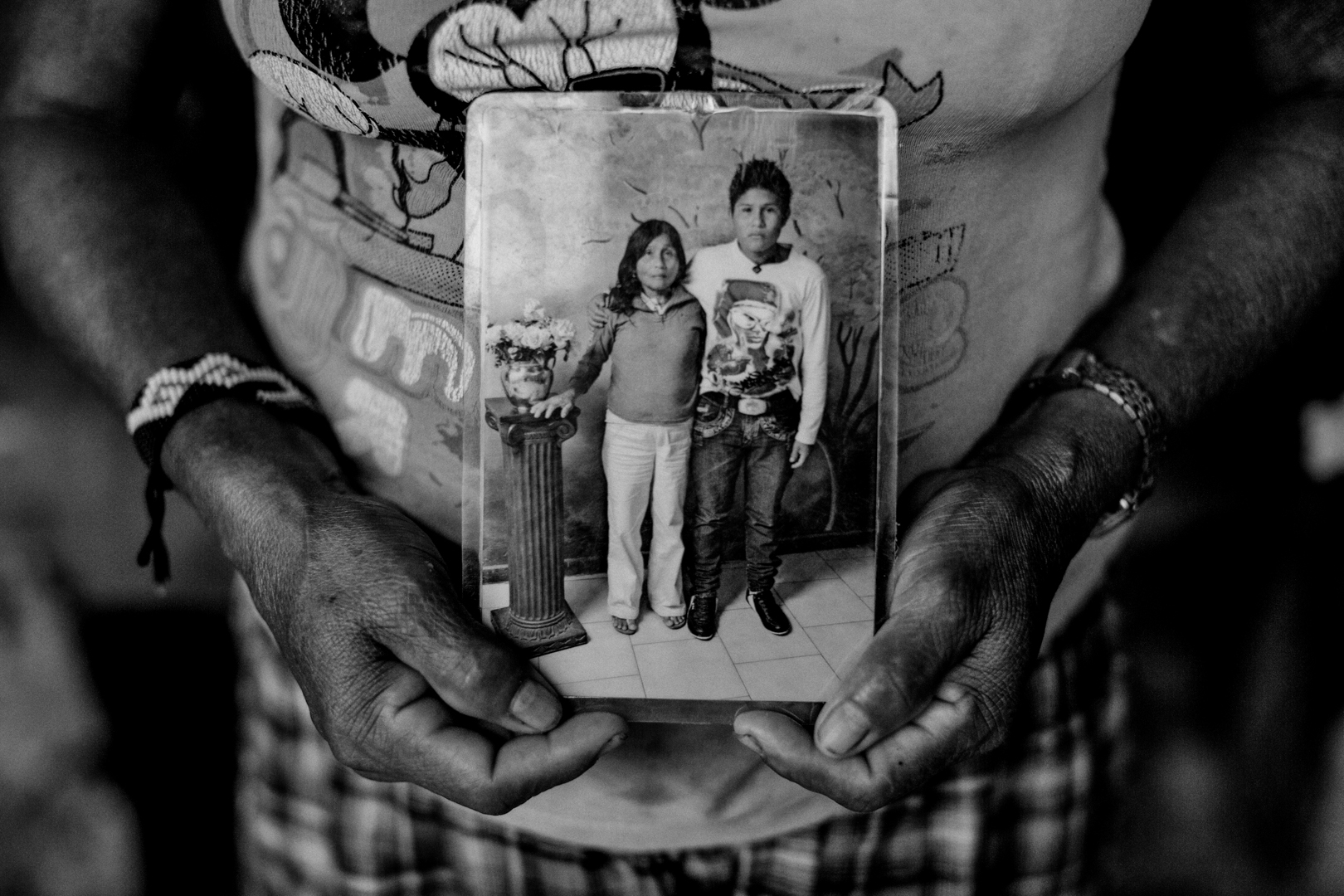 Mariana Ordoñes holds a picture of her son who was sentenced to death for deserting the FARC. 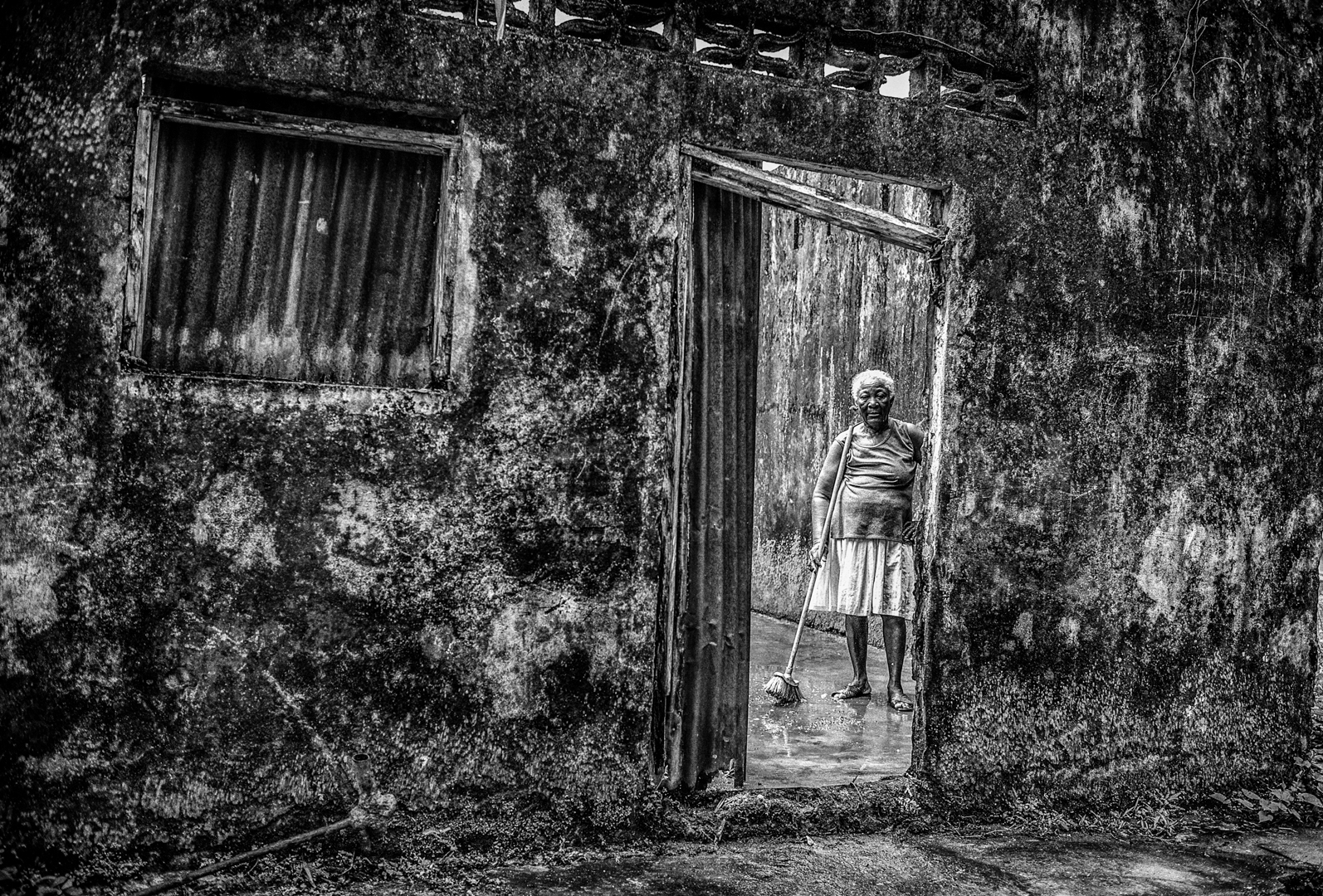 Both sons of Camelina Mosquera, 86, joined the ELN. (Juan Arredondo)

Global Journalist: What did you learn about how children were recruited by the FARC and the ELN to be soldiers?

Juan Arredondo: There are many ways of recruitment. Some of them are there because there is not a lot of opportunity in parts of the country. These [guerrilla] groups became the government because of the absence of the Colombian government. They give them protection, they give them healthcare and in return, some of these communities feel obligated to hand over their kids.

Some of these children start by running some small errand for the group and then they get lured into the group. Sometimes it's with gifts, they lure children with gifts. They give them a watch, money and that way they feel obligated to return the favor and that is how they get in to the groups. 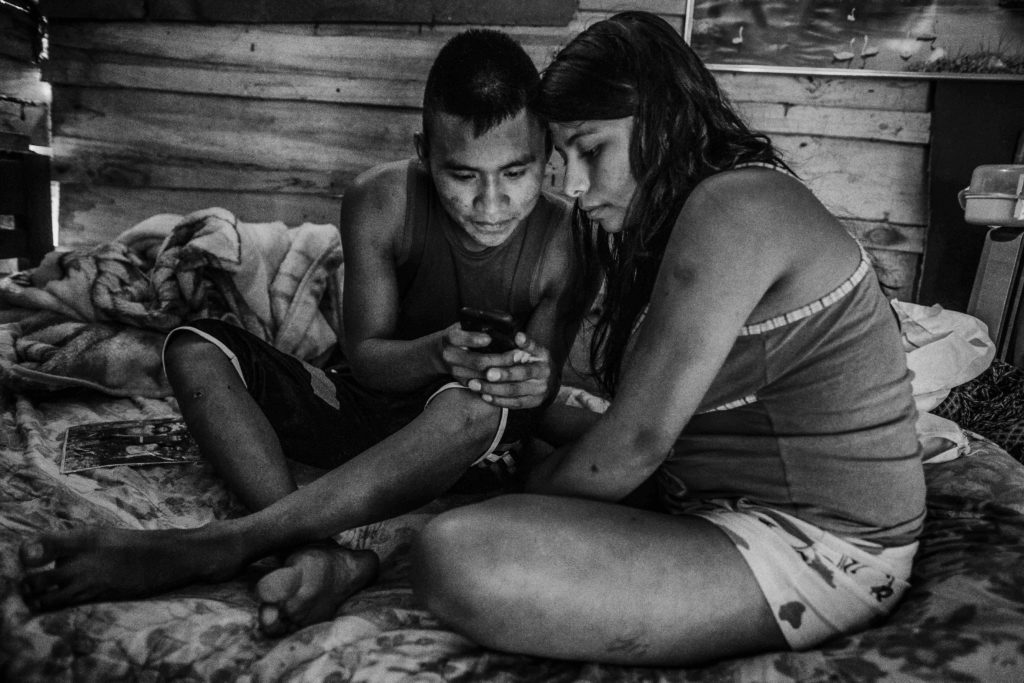 Fabio, 18, with his pregnant girlfriend Marcela, playing a video game on a cell phone in Riocusio, Colombia. Fabio was recruited at the age of seven by the FARC and had his first combat experience at 11. After demobilization following a peace agreement, Fabio had no family to return to and was starting out on his own. (Juan Arredondo)

GJ: From what you saw, what was daily life like for these children?

Arredondo: Most of the ones I talked to were happy to be there because they get three meals a day, they feel protected, they feel empowered with a weapon because they feel they can earn the respect of the community and of others.

The majority of the children that I saw were male. The groups tend to appeal to some of the younger teenagers, because war may be something they are drawn to and it is also prestigious in some of the communities. Others basically just want to run away from home.

They tend to recruit heavily among indigenous teenagers because they have very good spatial orientation in the jungle, so they know their way through the jungle easier.

GJ: Did you observe how children dealt with the violence of being in a guerrilla movement?

Arredondo: Not when I visited, because back then there was sort of a calm. They were patrolling and protecting cocaine plantations and cocaine labs.

Later when I went to rehabilitation centers, which are state-run, I had the chance to talk to some of the psychologists and therapists. Also to some of the children. They do go through a lot of trauma and it is very interesting for me because in Colombia, I have noticed, PTSD [post-traumatic stress disorder] is not widely recognized or even diagnosed.

All of these children have PTSD and they are not very well treated. So there is a high rate of suicide among former child soldiers at the centers. Also, they struggle a lot because it is hard for them to re-integrate into society. A lot of these communities don’t want to accept them because the armed groups are still operating and so they are seen as traitors or [potential] infiltrators. For some, their families just don’t want them back. 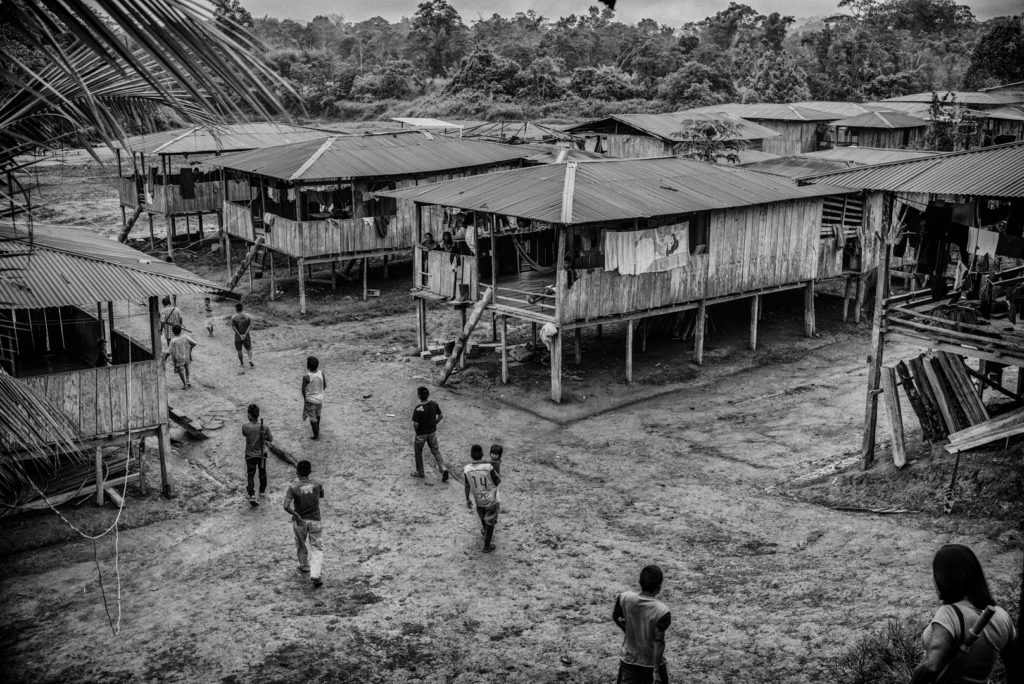 A Wouana indigenous community in 2014, in an area where rebels were active. 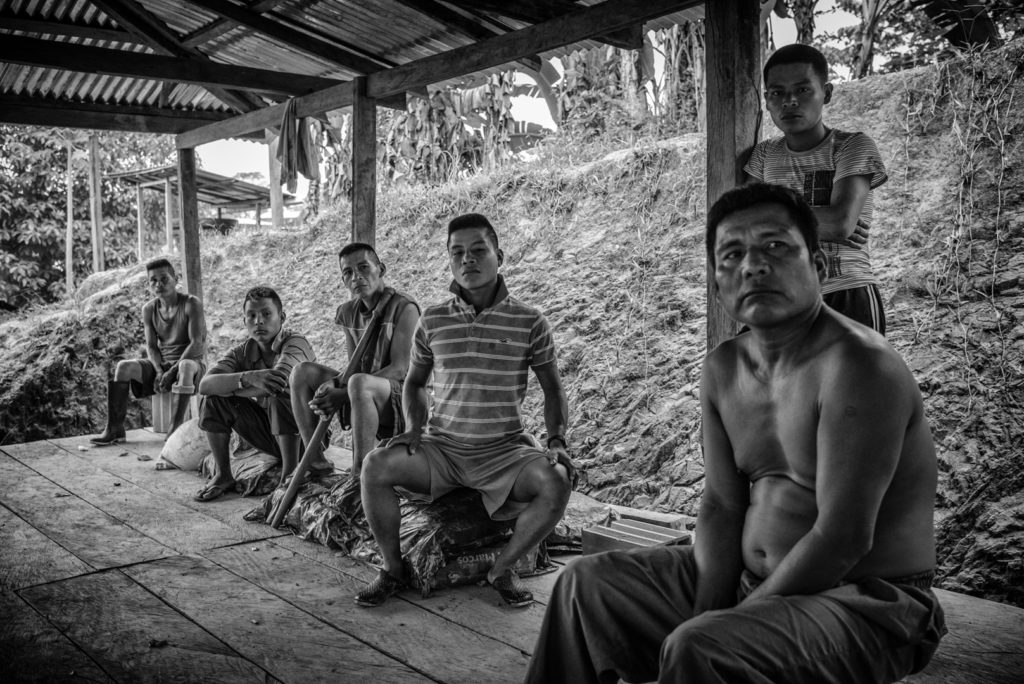 Members of the Wouana indigenous community, a group neglected by the state. 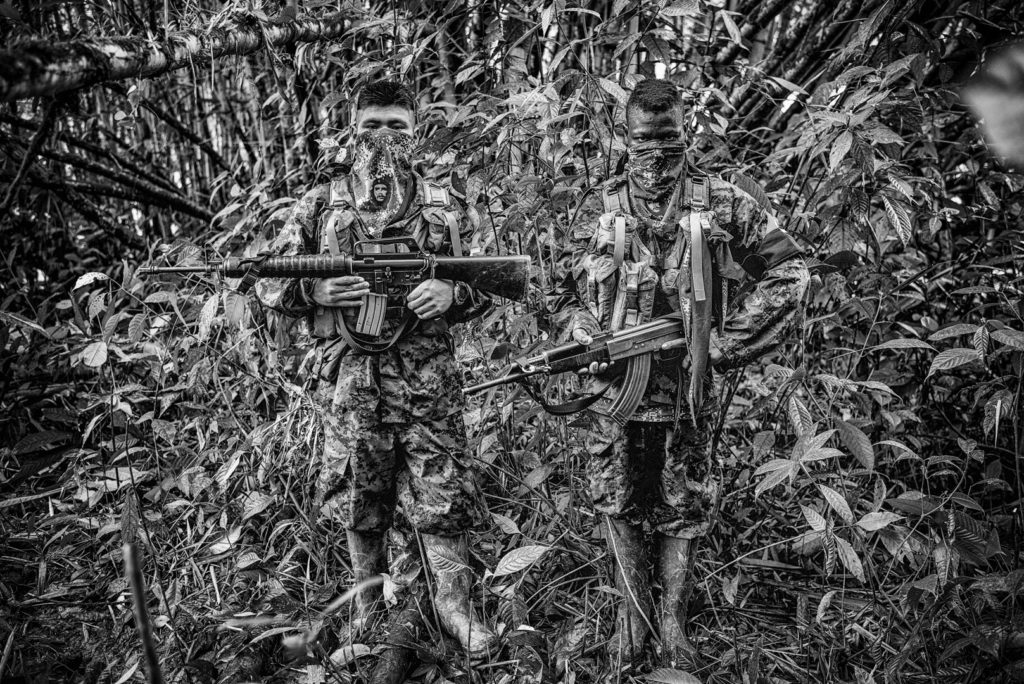 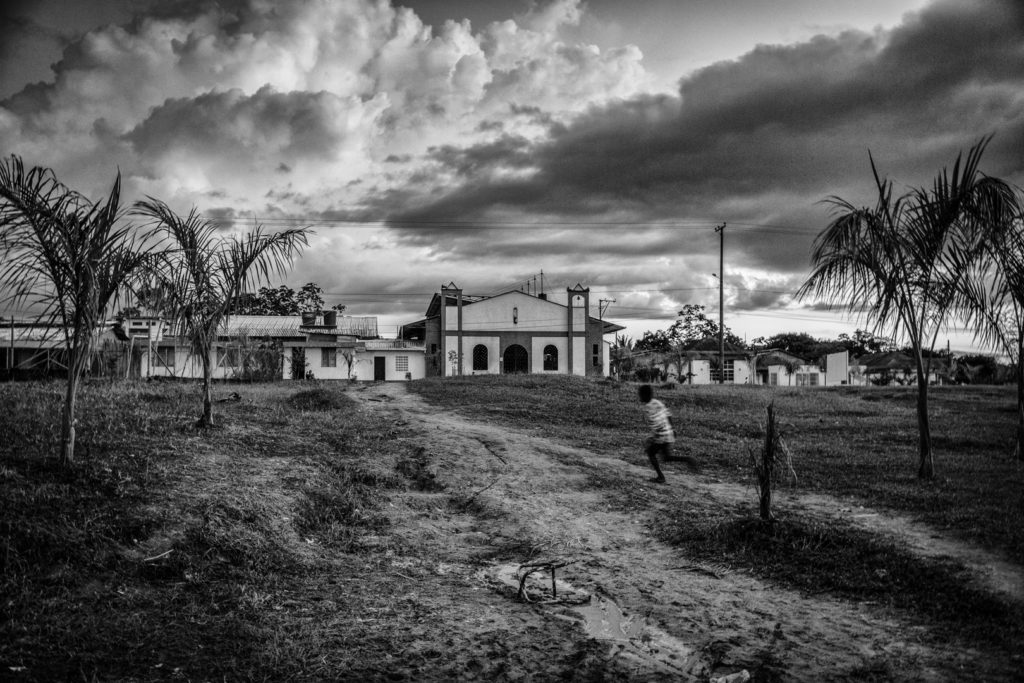 The town of Bella Vista in 2013, three years after it was rebuilt following a battle. 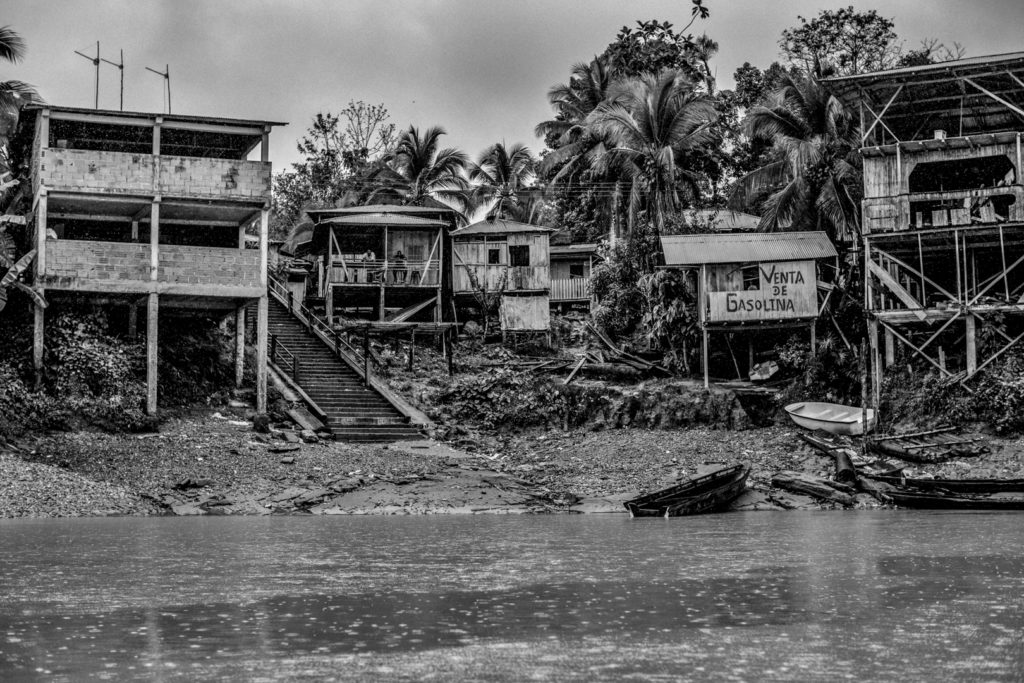 The port the town of Noanama in 2014, then under FARC control.

GJ: In some countries, child soldiers are given drugs and alcohol as part of their indoctrination. Did you see that in Colombia?

Arredondo: Not really, they do smoke a lot...It's interesting because these groups are very strict about discipline so they are taught not to steal or drink. Most of them told me that they do celebrate on some occasions and they are allowed to drink, but no, I did not see that. What I did see is that once they left the groups and they were in the rehabilitation centers, they were exposed to drugs and to alcohol more. 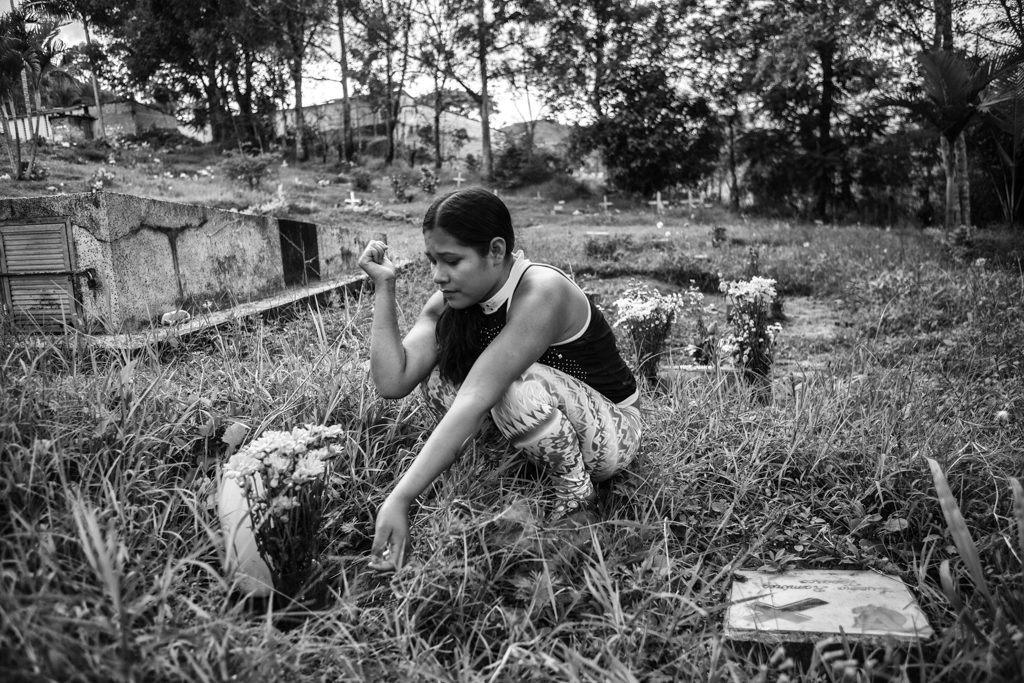 Melida, 20, visits the unmarked grave of her cousin Leila Fabiana in 2016. Both women were recruited at a young age by FARC guerrillas. They were reunited at a rehabilitation center for demobilized guerrillas in Caldas, Colombia. Leila committed suicide shortly after leaving the center. (Juan Arredondo)

GJ: Once they're released, how do ex-child soldiers reintegrate into society?

Arredondo: Some of them can’t find a job because there is a big stigma in the Colombian society against rebels. They struggle trying to re-integrate. Once they graduate from the rehabilitation centers they get this certificate that basically is like a scarlet letter that says they used to be former rebels, and people don’t want to be associated with that.

When they leave the rehabilitation center they are by themselves, and most of them don’t know how to use money, save, invest and so you can see them struggling.