An Indian evangelist for toilet usage 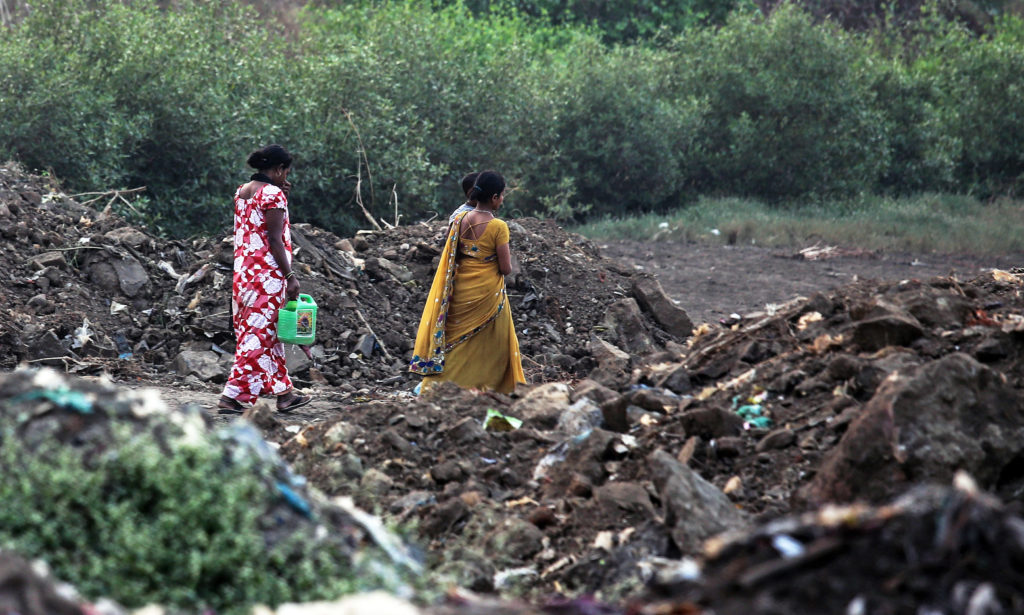 Indian women hold a bucket of water as they go to relieve themselves in the open on the outskirts of Mumbai, India in 2014. (EPA/Divyakant Solanki)

An Indian sociologist has made ending open defecation his life's work

Try to imagine: you feel the urge to relief yourself.

But instead of your normal routine, the first thing you have to do is grab a jug of water for cleaning yourself. Then you go out of your house and walk, let's say a half a mile or so, until you reach a sugarcane field, or a grove. Once there you start tapping the soil, with a stick to scare away snakes. Finally you are ready to do in the field what nature requires of you.

Oh, and be thankful that you are a man. If you were a woman, you'd have to take in account that there are only limited times for these trips. Either head to the fields just before sunrise, or wait until night – going in the dark is a requirement for preserving modesty.  And best to take a friend or relative: walking alone at night far from the village puts you at risk of sexual assault.

In some parts of the world, this picture is hard to imagine. Yet in India, home to world-beating tech companies like Infosys, WiPro and Tata Consultancy Services – it's a common practice. According to a joint report from the World Health Organization and the U.N. children's agency, 626 million people practiced open defecation in India in 2012. That was more than double the number of people from the next 18 highest countries combined.

This causes a host of well-known problems, from contaminated drinking water to fostering the spread of diarrhea, dysentery and cholera. Then there are less visible problems: people who suffer from chronic intestinal disease, women who intentionally dehydrate themselves to avoid having to relieve themselves during the day, girls who stay home from school when menstruating because they have no private place to change sanitary pads. Tens of thousands of 'untouchable' caste members are bound by tradition or coercion to 'scavenging,' a word used for feces disposal, often with little sanitary protection.

In 2014, Prime Minister Narendra Modi launched an ambitious campaign to make India free of open defecation by October 2019 – in time for the 150th anniversary of the birth of Mahatma Gandhi. To date, the government's 'Swach Bharat' campaign has built 90 million toilets nationwide.

Yet fixing the problem permanently is not so simple. Just ask Bindeshwar Pathak, 75, founder of the aid group Sulabh International. He's been working to end open defecation in India and build toilets for 50 years, and has designed composting pit toilets for India's poor that can be built of low cost materials and flushed with a minimal amount of water.

His organization even operates a museum of toilets in New Delhi.  Pathak, a sociologist by training, spoke with Global Journalist's Kris Croonen from the city of Patna in northeast India. Below, an edited version of their conversation: 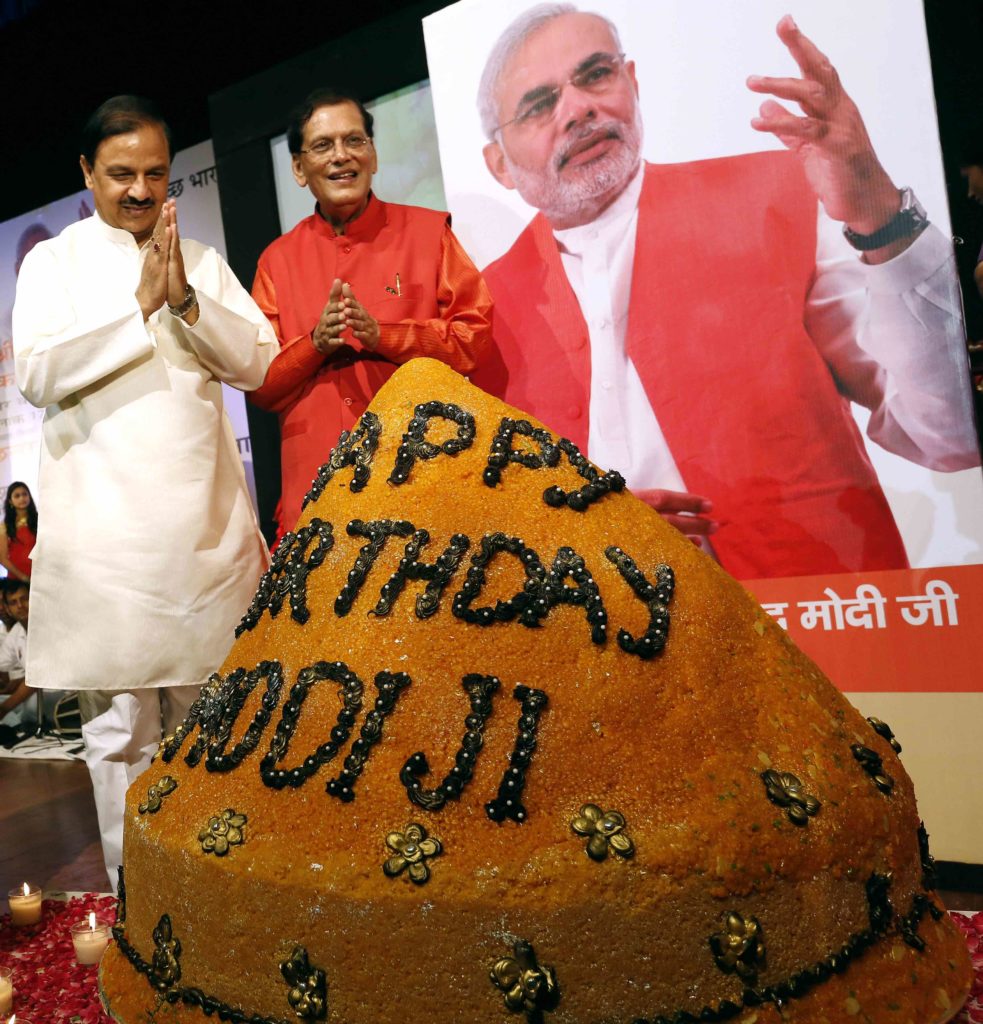 Global Journalist: Can you explain, why open defecation is so common in India? Even people that have the ability to use a toilet, often still go outside.

So what happened? Culturally Indians would not have toilets in their homes. This practice continued until the British came to India, in the late 1800s. It’s more than 500 years that the practice exists to go out and practice open defecation. That’s one reason.

Secondly, the chiefs of the villages… they did have a separate room, and a hole. But after they were done, the people called ‘untouchables’ came to clean everything up and throw it away, outside of the cities and villages. Those two practices continued for a long time, in the disposal of human waste.

GJ: Your organization, Sulabh International, has been building toilets for more than four decades. What's so special about them?

Pathak: As I entered the scene in 1968, no house had a toilet in rural areas. Nor did schools. Eighty-five percent of houses in urban areas had bucket toilets, or dry toilets, cleaned by ‘untouchables.'  In public places you had some public toilets, but they were far too dirty, nobody would go inside.

My contribution first  is that I invented a technology with two pits: one is used at a time, the other is kept on standby. When the first is full, you switch to the other one. In the first one, after two years the human excreta gets converted into bio-fertilizer [through the use of soil bacteria.]

Had I not invented this technology,  even today there would be no way of ending open defecation. But also there would be no ending the practice of human scavenging by ‘untouchables.' So it helped improve the lives of the people in two ways. 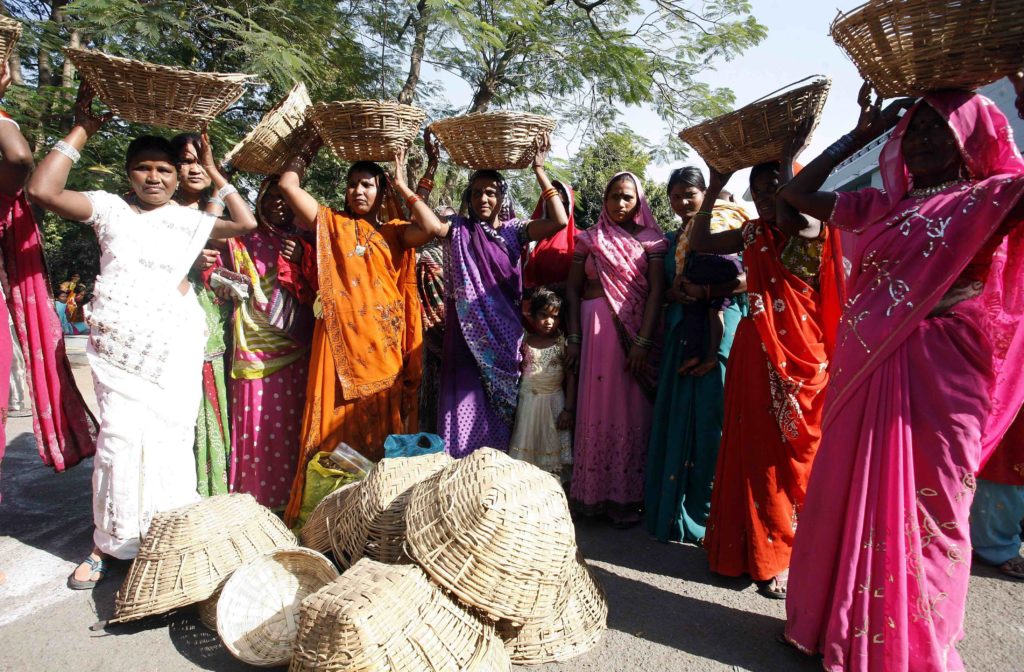 Women scavengers drop their scavenging baskets in a pile during a rally in Bhopal organized under a national campaign to eradicate the practice of toilet scavenging by members of the 'untouchable' caste in 2012. (EPA/Sanjeev Gupta)

GJ: Your group does advocacy for 'untouchables' who had to do jobs like toilet scavenging and sewer cleaning. What is their situation?

Pathak: For years it has been so bad, you sometimes cannot describe it. Untouchables used to live like in hell. They had to clean toilets by going inside, sometimes they had to clean them by hand, carry it in a basket on their heads, they had drips falling on their body…

So the government has started welfare programs, among them they encouraged people to switch from bucket toilets to our Sulabh flush toilets. Scavengers did actually do good work, but they had to face insults and humiliation by society for what they were doing, because they did ‘dirty work.' The way they had to suffer was really bad. 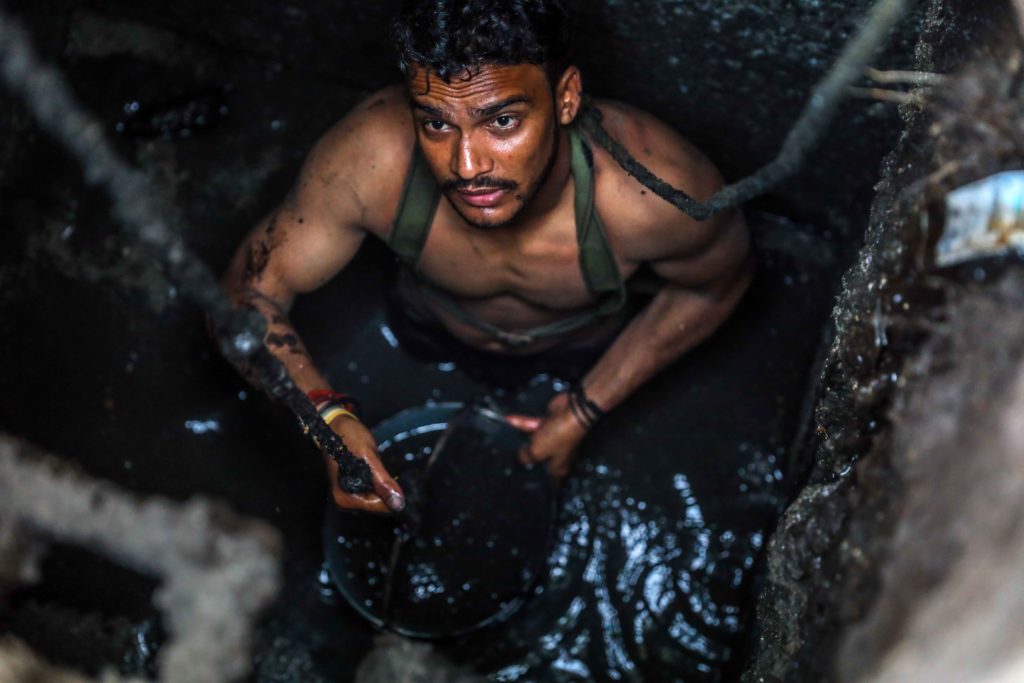 Joney, a 26 year-old sewer worker cleans a sewer line in Ghaziabad, Uttar Pradesh in September 2018. Joney along with other sewer workers cleans the sewer lines by going inside the pits in Ghaziabad area without any safety masks or any safety equipment except a belt to lift them up. (EPA/Rajat Gupta)

GJ: Scavenging has been forbidden by law since 2013. Does this mean that untouchables no longer have to do this work?

Pathak: Ninety percent of [urban] houses don't have bucket toilets anymore, to be cleaned by untouchables. But still there are some. They don't have them cleaned openly, but secretly they do. If someone is caught cleaning 'dry' toilets, both parties get punished - [including] the person who asked the untouchable to do it. In that way, the government is discouraging this act.

But the caste system is a bit like religion: it keeps on working in the minds of the people. In India, if you are born in a particular caste, you stay in that particular caste.