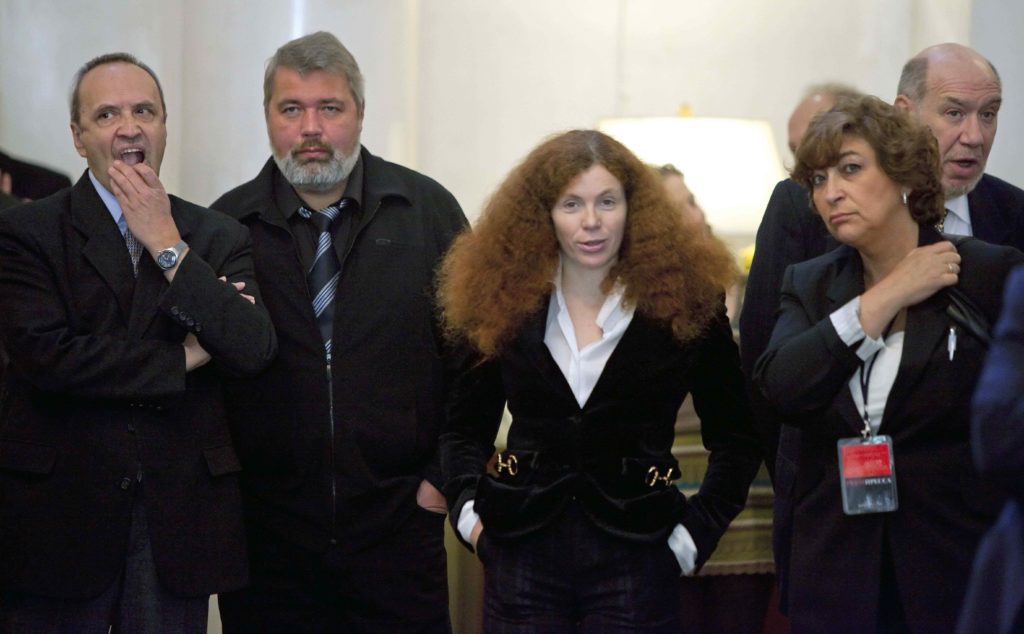 Journalist Yulia Latynina, center, with editors of the Russian newspaper Novaya Gazeta and other journalists are pictured in 2009 before a meeting with U.S. Secretary of State Hillary Rodham Clinton in Moscow. (AP Photo/Alexander Zemlianichenko)

"Five to 10 years ago, I would never fear for my life and I would just laugh at people who would compare the situation with the Soviet" era, she says.

Latynina has long hosted a popular talk show on the independent broadcaster Radio Echo Moscow and is a columnist for Novaya Gazeta, a newspaper critical of Putin. 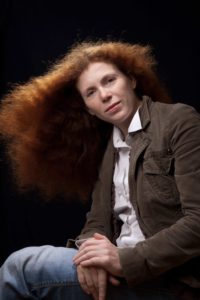 Yet in 2008, she turned to Russia's security service, the FSB, when she felt threatened for her critical views on Russia's war with neighboring Georgia over the breakaway Caucasus regions of Abkhazia and South Ossetia. At that time, the state was still willing to protect a Russian journalist, even a critic.

However since Russia's 2014 invasion of Ukraine, things have changed, says Latynina, in an interview with Global Journalist. Attacks against journalists, opposition politicians and activists have been outsourced to people close to the Kremlin, such as Putin associate Yevgeny Prigozhin, she adds. The state will no longer shields its critics.

"The red line is crossed," she says, in an interview with Global Journalist. "Now it's quite different. There's obviously no way I'm going to be protected."

Indeed, Latynina is no longer laughing about security threats. In 2016, as she was walking in central Moscow, a man in a motorcycle helmet threw a bucket of feces on her. In July 2017, someone sprayed a noxious chemical all around the house she shared with her elderly parents, sickening two children who lived next door. In September 2017, her parked car was set on fire. To date, there have been no prosecutions in any of the incidents.

Given the frequency with which Putin's opponents have turned up dead and Russia's continuing pressure on independent journalists, the attacks were hard to ignore. Shortly after her car was torched, Latynina and her parents fled the country. They're now living in a different European country, which Latynina won't disclose out of fear for her safety.

Yet even from abroad, she continues to write for Novaya Gazeta and host the Radio Echo Moscow program "Access Code." Latynina, who has also written more than 20 books, spoke with Global Journalist's Shirley Tay about the Kremlin's outsourcing of political violence and the climate for free expression in Russia. Below, an edited version of their interview.

Global Journalist: A number of journalists critical of Russia have been attacked in recent years. What do you think President Putin's role is in this?

Latynina: Instead of exercising direct censorship, Mr. Putin is farming out violence to various groups around him. One of the most famous examples is of course the Kremlin "cook," [Yevgeny] Prigozhin. Novaya Gazeta is writing a lot about him. 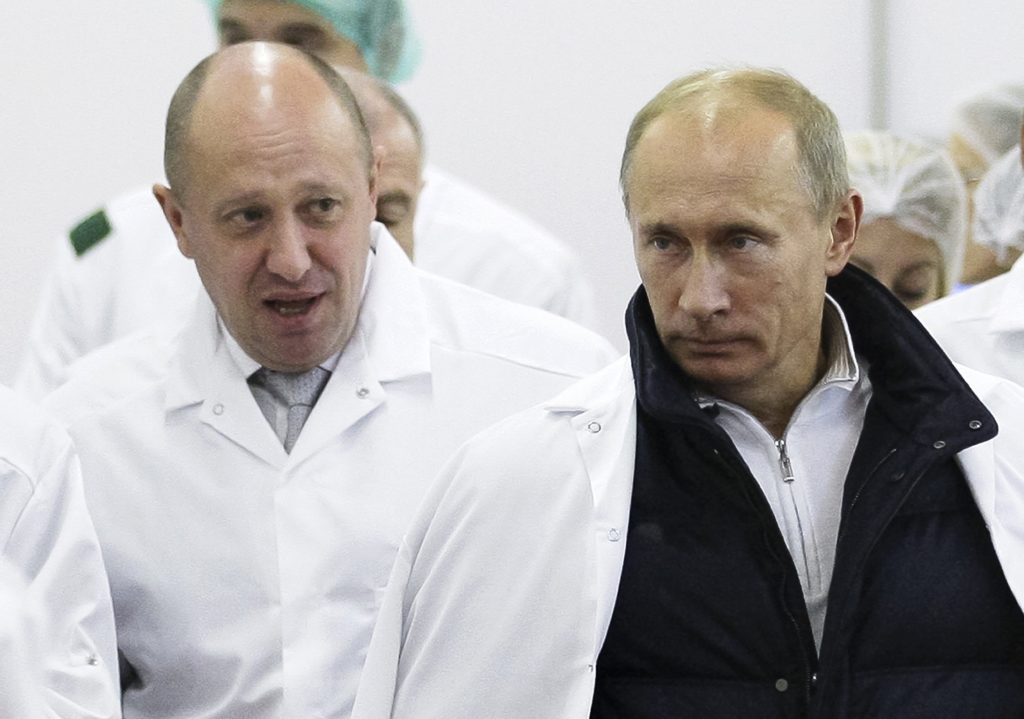 Businessman Yevgeny Prigozhin, left, known as the "Kremlin cook," with Russian President Vladimir Putin in 2010. The newspaper Novaya Gazeta has reported that Prigozhin is behind several attacks on Kremlin opponents. (Alexei Druzhinin/Pool Photo via AP)

GJ: How does this create problems for the Russian state?

Latynina: Obviously there are people behind whom Putin is hiding. So there's always the idea of plausible deniability.

At the same time, when you're losing control of violence, what does the modern state do? It has a monopoly over violence. Mr. Putin, he has lost that monopoly on purpose and only to people who are friendly to him. But when you lose the monopoly of violence, this also means you are losing any means to control it.

Despite the fact that I know lots of people behind the government think highly of me...obviously nobody's going to say no to the people who would like to attack [me]. So that's the biggest problem.

GJ: You've said things have gotten worse over the years. In what way?

Latynina: Russia was a very free country back in the 1990s. It was still not that bad in the beginning of the 21st century.  Five to 10 years ago, I would never fear for my life and I would just laugh at people who would compare the situation with the Soviet [era].

I can mention a very funny story that happened to me back in 2008 after the Russia-Georgia war. I was one of the few [Russian] journalists, who from the beginning, was saying that this war is 100 percent an aggression from Russia against Georgia, and it was carried out in a very surreptitious way, just like later with the Ukraine.

I traveled to [the breakaway Georgian territory of] South Ossetia. As far as I surmise the [pro-Russia] South Ossetian authorities didn't like what I wrote. People were following me. I was thinking they were probably some pro-Kremlin activists. I was so surprised and frightened to see that these are people from the Caucasus. I managed to take a photo of their car – it was without number plates.

I went to Alexei Venediktov, the head of our radio station. I showed him the photo. 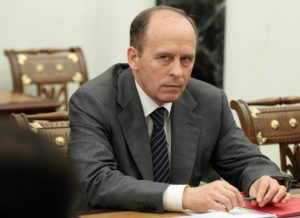 He talked to Alexander Bortnikov, who was the head of the FSB [Federal Security Service]. I think Mr. Bortnikov didn't like the idea of Russian journalists being killed by [people] who were definitely not Russian and who were not authorized to carry out this killing.

They gave me protection for six months. And they caught the guys. It was hard because as I said there were no number plates. They never charged them with anything resembling an attack on me, and it turned out they were hardened criminals.

...[But] even eight years ago, despite the fact that the situation in Russia was already very bad and I was one of the most outspoken critics of the Russia-Georgian war, the FSB were definitely unhappy with the idea of somebody killing or at least maiming Yulia Latynina. They were probably thinking that if a Russian journalist is going to be killed, it should be done by the FSB and not by somebody from the outside. I wholeheartedly agree with them on this.

So this was just eight years ago when I could still apply for state protection. After [the 2014 war in] Ukraine, I think this was the limit. The red line is crossed. Now it's quite different. There's obviously no way I'm going to be protected.

GJ: Was there a particular article you wrote that sparked the most recent attacks?

Latynina: No, it was just a series of attacks. In the summer of 2016, they covered me in poo. It was actually done very expertly. This is why we immediately realized in Novaya Gazeta who is responsible, but I cannot openly state who is responsible, I have no proof.

The people who did this were following my car, and probably for some time, because I like to walk and my car was parked like two or three kilometers from the radio station.

After they did it, I started running after one of them. He crossed the street and jumped on [the back] of a motorcycle and drove off. The police, in the beginning, they started investigating. They found the motorcycle in question through [surveillance] cameras. They drove to a place where there are no cameras and a lot of warehouses and [the motorcycle] never came out. What came out instead was a small truck with stolen number plates. So obviously there was a very high degree of planning.

This didn't actually frighten me because obviously if somebody wants to kill you, he doesn't cover you in poo. So I continued to say what I'm saying.

GJ: What happened next?

Latynina: What happened the next summer [in 2017] when me and my parents are both living in our house, there's another attack. This one is a very funny one because it's done with a foul-smelling gas. I couldn't believe that this is really something directed against us because it seems so funny. It later turned out that the gas, when we analyzed it, it was what you would call a non-lethal military grade substance–very rarely used and very hard to obtain.

When I realized it was done on purpose, I surmised it's not dangerous because obviously if it's dangerous it won't smell so bad. After this my mother  had lung problems – it's a house that's split in half, we have neighbors – so eight people were affected, two of them children, four of them seniors. This was a very unhappy experience. They put it in my car [too] and it was completely unusable after this because it smelled like a skunk and nothing could be done about it.

A month after this, the car was torched. I believe the only reason it was torched was because probably they were listening to our conversations in Novaya Gazeta and they realized that we were analyzing the substance and they didn't want it to be analyzed.

The big problem was that I was on a lecture tour outside of Russia, so my parents were home. They torched the car and the problem is that we have a wooden house. My [79-year-old] father ran out, and the car is very close to the house. So he started putting the fire out, and it could have exploded, burning the house.

I guess this was the last straw. This was probably the idea, to drive me out of the country. These incidents came right after I spoke a lot about Mr. Prigozhin and how he got a license to extract oil in those parts of Syria liberated by his [private security company] Wagner. 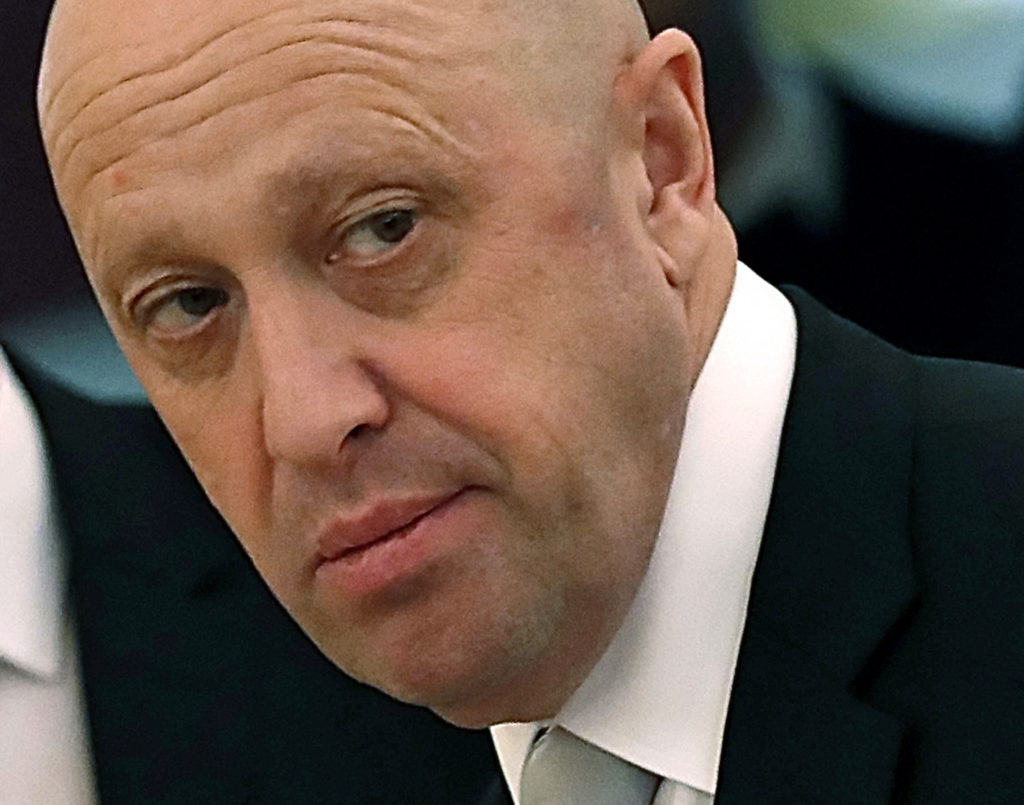 Prigozhin, pictured in 2017, has also been indicted in the U.S. on charges of interfering with the 2016 U.S. presidential election. (Sergei Ilnitsky/Pool Photo via AP)

GJ: You've continued your work for Novaya Gazeta and Radio Echo Moscow even while living abroad. Russia is thought to have killed people overseas in the past, including former spy Sergei Skripal in England. Do you think journalists should continue reporting if their life is in danger?

Latynina: First of all, I hope my life is not really in danger, I'm pretty sure a lot has to change in Russia before I become a target of a state-sponsored attack. Trying to kill Skripal and his daughter was a very dirty thing to do, but there's a big difference between killing an agent who was spying for another country and trying to kill a journalist.

I think Russia has not yet crossed this threshold. Unfortunately, it seems that maybe some people who are private operators did cross the threshold.

I'm constantly waiting for the consequences. I'm not just a journalist, I'm a writer. I want to finish my books on Christianity and I want to finish a couple of novels. So if I really had to choose between my life and reporting, I'm not sure reporting would mean that much to me.

But I hate lies. I hate lies whenever I see them and I just can't stand lies. So whenever I see a lie, I call it a lie. I cannot make a compromise. My ratings are high because people like what I say. If I start going soft and if I started going all squishy and I just put my head under my wing and slept, people just wouldn't listen to me. So you have to choose. The only thing that's changed is that I'm living a much safer and much more relaxed life.