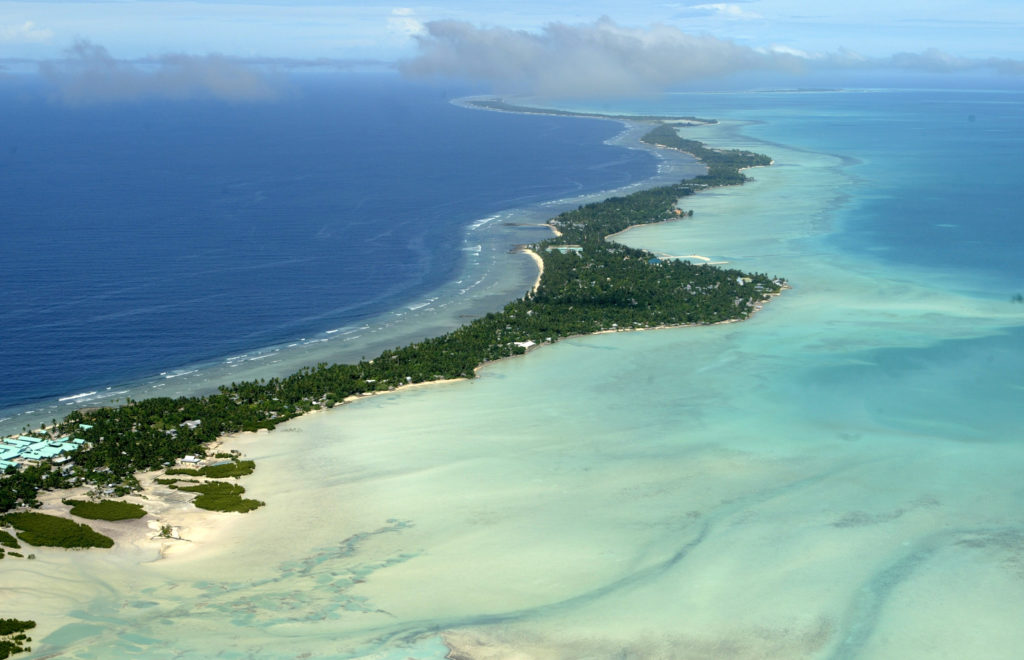 About halfway between Hawaii and Australia is the Pacific Island nation of Kiribati. In tourism photos, the place looks like a tropical paradise. But the country of about 100,000 people is facing a critical threat to its existence.

Climate change has brought more intense storms and worsening “king tides” that flood across the low-lying nation’s beaches through homes and gardens. Even more critically, the encroaching seas are threatening the country’s dwindling supplies of freshwater.

Island nations like Kiribati have been among those most damaged already by climate change - and their situation is likely to grow worse. That’s because greenhouse gas emissions hit a record high last year in spite of global efforts to reduce them. Nearly all of these emissions, of course, are generated in large countries thousands of miles away from Kiribati.

On this edition of Global Journalist, we’re going to talk about island nations like Kiribati threatened by climate change - and what the chances are that people there will be able to successfully adapt.