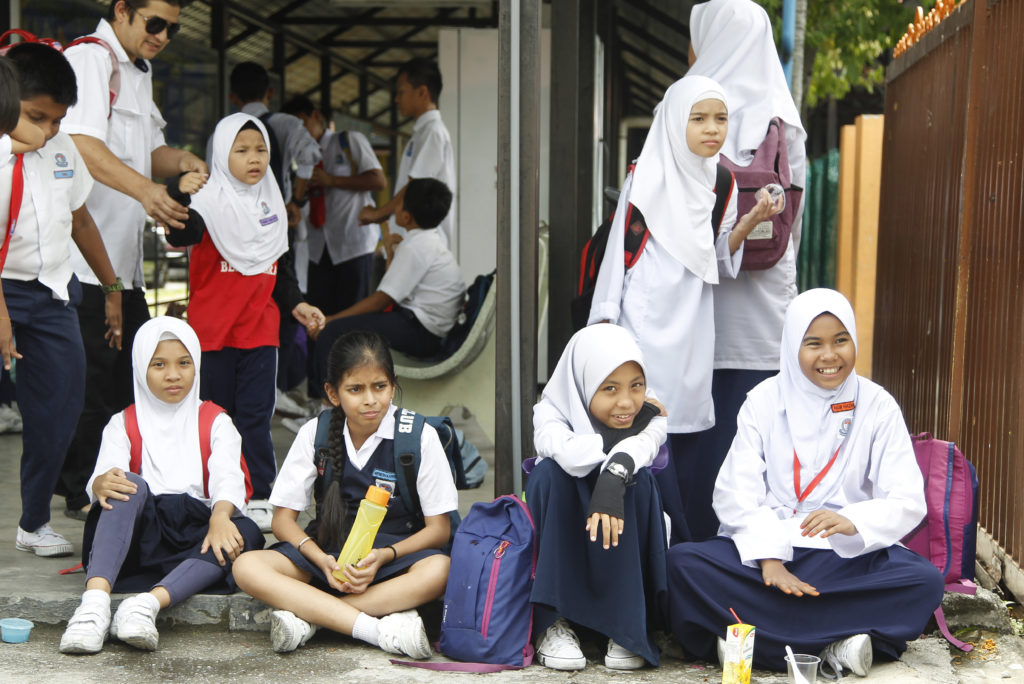 Primary students wait for their parents after school on the outskirts of Kuala Lumpur, Malaysia, July 2, 2018. Malaysian authorities are investigating the marriage between an 11-year-old Thai girl and a 41-year-old Malaysian Muslim that has sparked public outrage and calls for child brides to be banned. (AP Photo/Yam G-Jun)

The move came after a huge public outcry earlier this year after a 41-year-old Malay man married an 11-year-old Thai girl named Ayu. The man, Che Abdul Karim Che Abdul Hamid, was a successful rubber trader. Ayu, who became his third wife, was the daughter of an employee who worked for a family business.

The case has highlighted the issue of child marriage in Southeast Asia, a part of the world where modernization and rapid economic development has sometimes co-existed uneasily with traditional religious and cultural practices.

On this edition of Global Journalist, a look at child marriage in the region, where Islamic law, local traditions and human trafficking all contribute to the phenomenon.