A photojournalist returns to Yemen's crisis 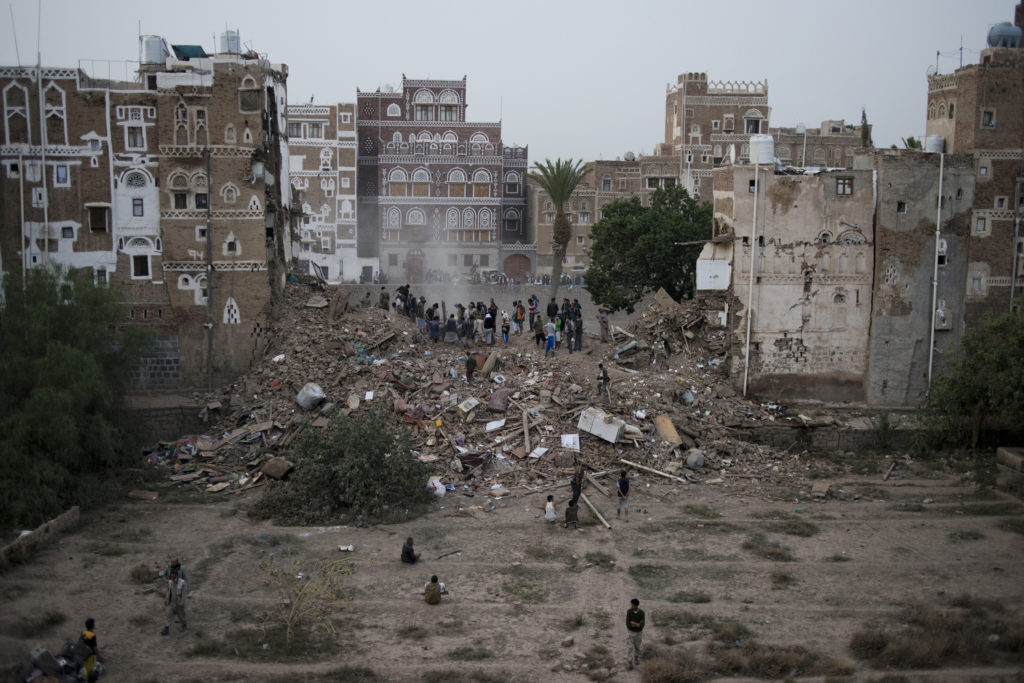 In 2012, a Minnesota-native fresh out of nursing school named Alex Kay Potter was traveling in Jordan just as the Arab Spring swept through the region. On an impulse, Potter decided to buy a ticket to Yemen, where she had heard an election was happening after the ouster of longtime president Ali Abdullah Saleh.

She arrived the night of the poll, won by Saleh's vice president, Abdu Rabu Mansour Hadi. Potter almost instantaneously fell in love with the Arabian peninsula nation and its people, taking up residence in the old city of the capital Sana'a.

"All of the houses are this sort of ginger-bread-style, mud brick with these white decorations," she says. "The people are so friendly. Nobody is standoffish. Everyone accepts you like you're part of their family."

Instead of nursing, Potter nurtured a budding career as a photojournalist even as Hadi's government failed to stabilize the country. In 2014, Houthi insurgents from northern Yemen captured Sana'a. After talks between the Shi'a Muslim rebels and Hadi's mainly Sunni government failed, the conflict became a full-blown civil war. Hadi retreated from the capital and a coalition of Arab nations led by Saudi Arabia began a bombing campaign against the Houthis, hoping to restore him to power.

Potter was there to witness the violence– working for outlets including  the New York Times, the Associated Press and the Washington Post. However as the war intensified in 2015, Potter left.

Since then the fighting has led to the collapse of Yemen's already fragile economy, and triggered the world's worst humanitarian crisis. More than three-quarters of the country's 29 million people are in need of aid, and 8.4 million are at risk of famine, according to the U.N.

Now 28, Potter recently returned to Yemen and documented the crisis for The Intercept. She spoke with Global Journalist's Kris Croonen, about the changes in a country she loves. 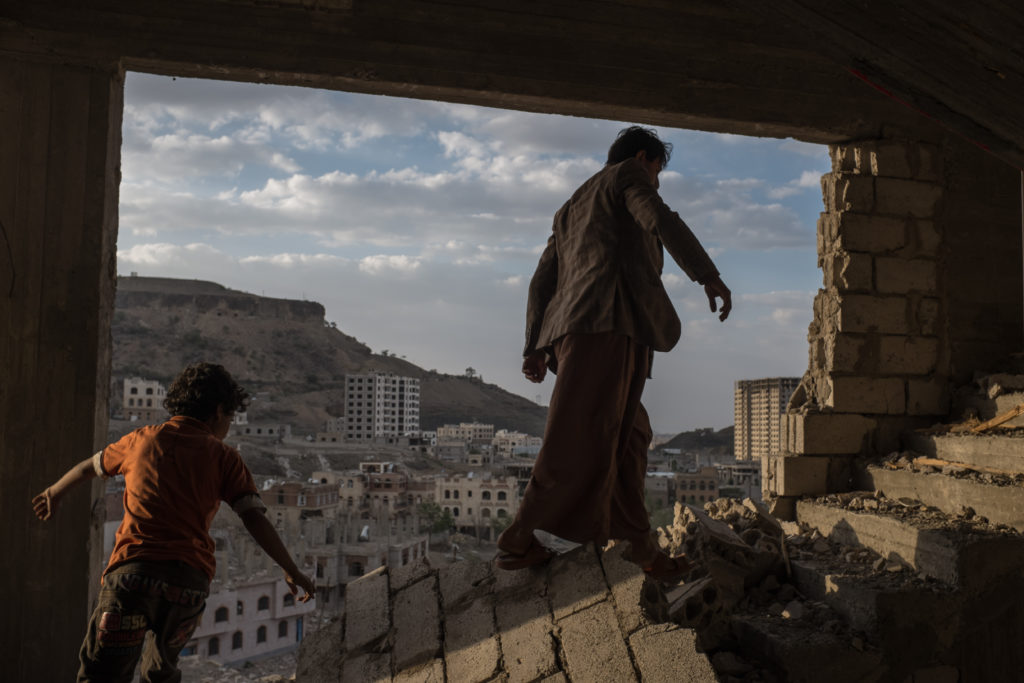 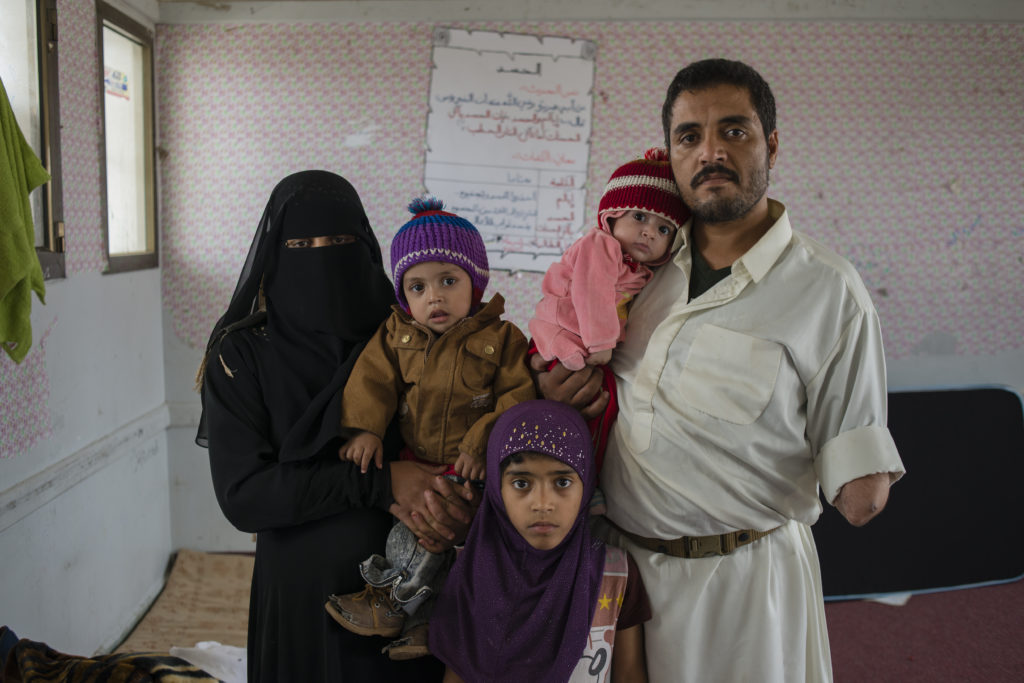 Global Journalist: How striking was the difference from when you left Yemen in 2015 and when you returned this year?

Alex Kay Potter: This is the thing about Yemen: the differences can be very subtle even though they are widespread. It’s not like the famine in Somalia maybe ten years ago where it went from a small number of people to almost everybody starving [quickly]...

In Yemen it is like : everybody is a little bit more hungry than the month before. Everybody is a little bit more poor than the month before…Things are really on a long and gradual decline. I noticed things as small as people who haven’t worked there for a long time would notice. Like when I’m ordering a bread from the market, that roti  is a lot smaller, it’s probably two thirds the size it used to be, because people are using less flower, and less of everything even though they charge the same – if not more. 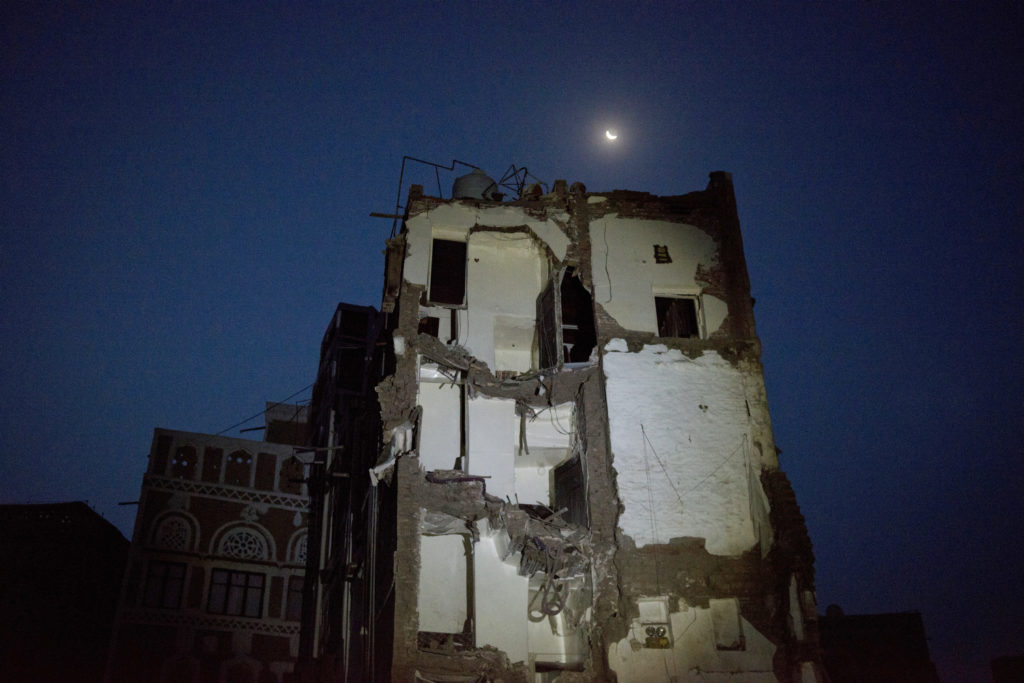 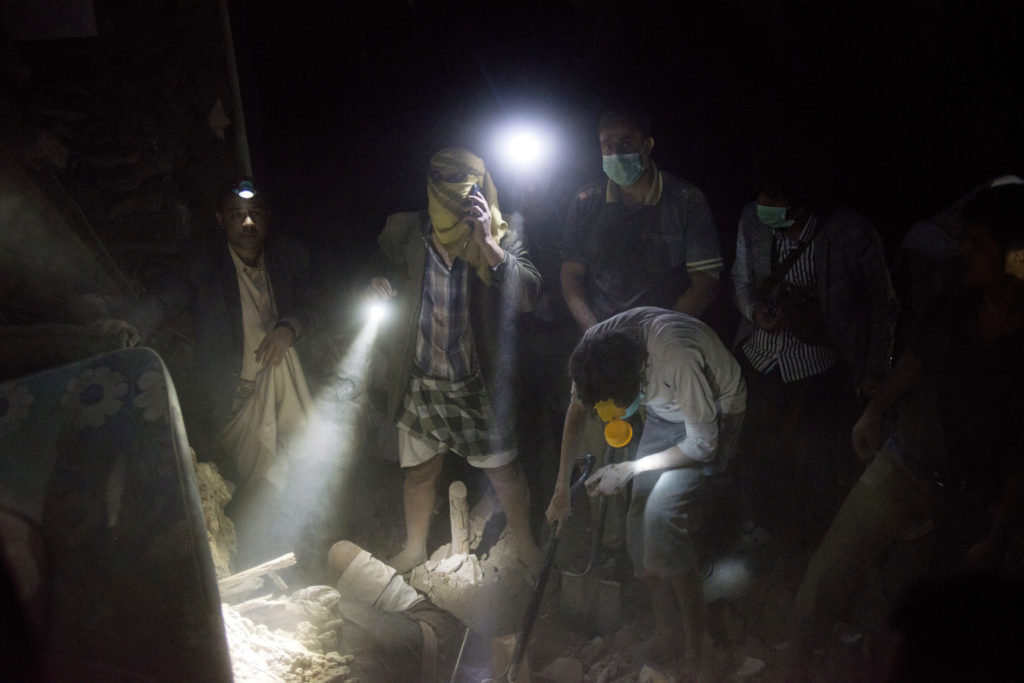 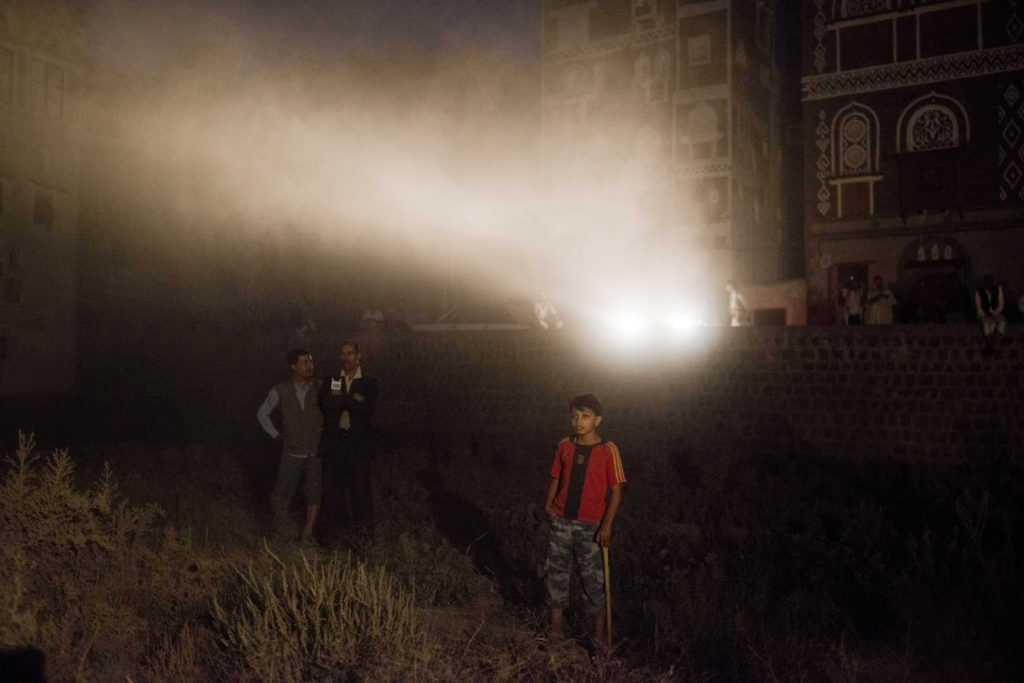 GJ: What aspect of the country do you want to express in your photographs?

Potter: Like anyone working in a foreign country, in my work in general, I like to make the foreign a little bit more familiar for people. I grew up in a very small town, so for a small town Midwest Christian, a place like Yemen can be a little scary. I want to make places more familiar to people, knowing that we are all really similar.

Even to other people in the region...you go and talk to people from the Gulf countries who are part of the [Saudi-led] coalition, and they have no idea about Yemen. They don't know how people live and that they are really smart, innovative, business-minded people as well. I try to portray people in a way they want to be portrayed. 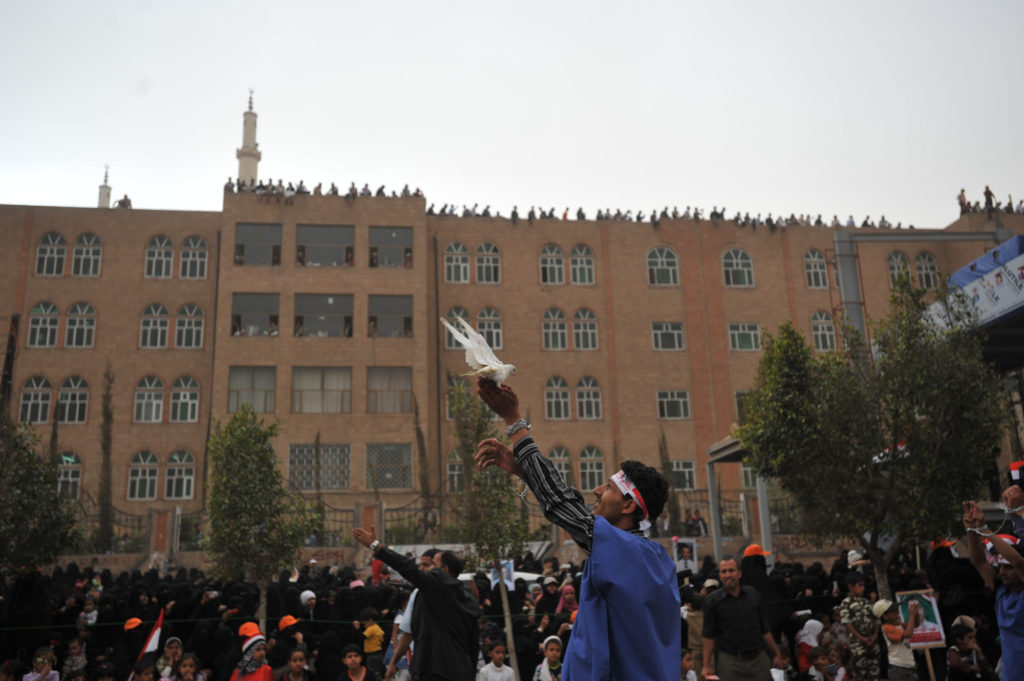 GJ: Is there a photo that you think reflects optimism for the Yemeni people?

Potter: What the country was five years ago is nothing what it is like now. And it’s hard for me as an outsider to say : ok, this is what Yemen is now, because I don’t want to define them.

But as far as when I was there for the election, and post-revolution, there’s one photo I have from a man sort of releasing a dove into the air – it was during a parade that was commemorating the Arab Spring revolution… That’s one I really remember.

GJ: What's your feeling about efforts to resolve the civil war?

Potter: To be honest, I don't see an end to the conflict anytime soon because the people trying to make a solution don’t work enough on the ground. They don’t know how Yemen works. They try to make a solution from the Gulf, or from America. I hope the war ends soon, because people of all levels of society are suffering.  But I don’t see an end on the horizon.

I am very optimistic for the Yemeni people though. I know the people will continue down whatever road is given them, they’ll continue walking down the road no matter how hard it is. But I think the road will continue to be very difficult.