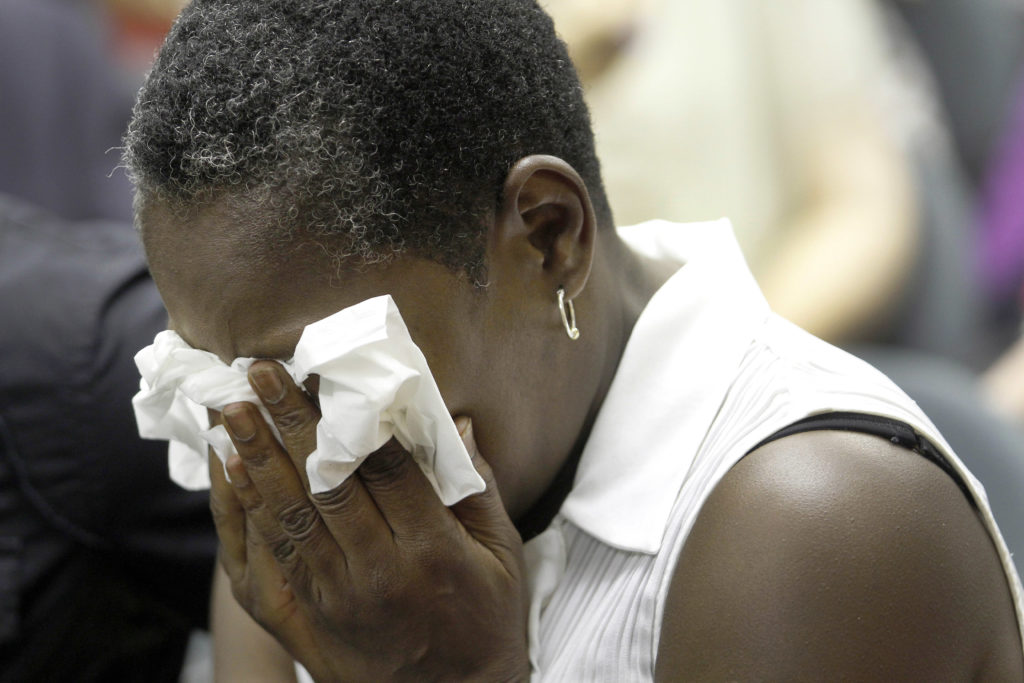 In this June 22, 2011 photo, Elaine Riddick wipes tears from her eyes as she listens to other victims testify before the Justice for Sterilization Victims Foundation task force compensation hearing in Raleigh, N.C. Between 1929 and 1974, North Carolina sterilized more than 7,600 individuals in the name of "improving" the state's human stock. By the time the program was halted, the majority of those neutered were young, black, poor women like Riddick. (AP Photo/Jim R. Bounds)

On this edition of Global Journalist, a look at eugenics laws and forcible sterilization in both Japan and the U.S. – two countries with a surprisingly recent legacy of sterilizing people against their will.

In Japan, a postwar eugenics law in force until 1996 cleared the way for the government to sterilize 25,000 people deemed unfit to reproduce. In the U.S., 32 states passed laws allowing authorities to sterilize people without their consent - and as many as 60,000 people were forcibly sterilized, some as late as the 1970s.

Hundreds of the victims of these policies are still alive, and in many cases are still waiting for apologies and compensation from the governments that took away their ability to reproduce.