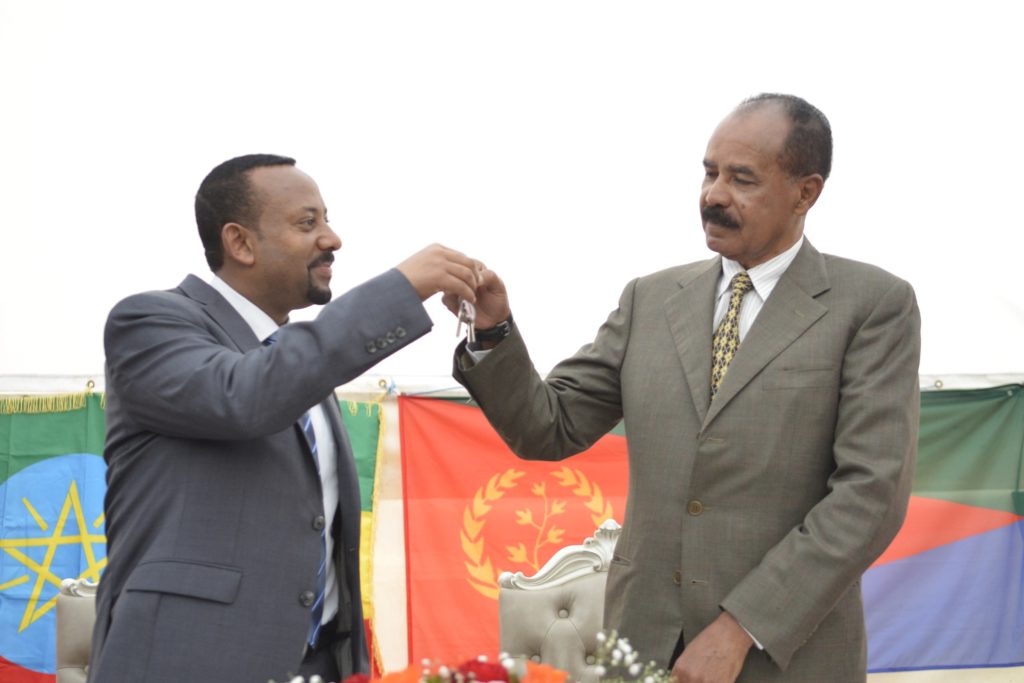 Ethiopia's Prime Minister Abiy Ahmed and Eritrea's President Isaias Afewerki attend the re-opening of the Eritrean embassy in the Ethiopian capital Addis Ababa, Ethiopia, in a brief ceremony July 16, 2018. The leaders declared their 'state of war' over one week ago and Isaias spent the weekend in Ethiopia. Eritrea reopened its embassy in Ethiopia in further evidence of a rapid thaw between two countries that a week ago ended two decades of military stalemate over a border war in which tens of thousands died. (EPA-EFE)

The young nation of Eritrea is often referred to as the North Korea of Africa.

The country has jailed thousands of political prisoners, eliminated the independent press and forces much of the population into indefinite military service. Border guards sometimes ‘shoot to kill’ Eritreans fleeing the country.

But a July peace agreement with longtime adversary Ethiopia, Eritreans are waiting to see if new contacts with the outside world will open up a closed state.

On this edition of Global Journalist, a look at Eritrea's moment of opportunity.