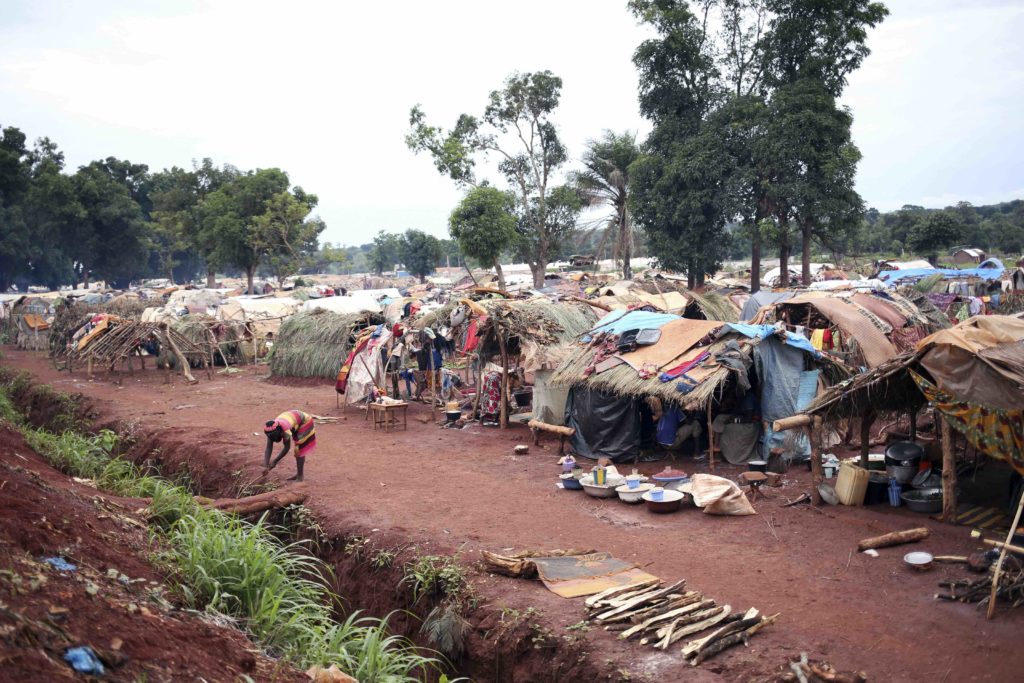 A makeshift camp set outside Bria, Central African Republic established by people chased out of the town by fighting in May 2017. (AP Photo/Cassandra Vinograd)

The Central African Republic is one of the toughest places to live in the world. Since the start of a civil war in 2013, a total of 14 different warring militias now control parts of the country. The central government governs little but the capital Bangui. The United Nations says the country has the lowest level of human development in the world.

Conflict over control of diamond mines and other natural resources has helped fuel the conflict, and a U.N. peacekeeping mission has failed to halt the violence. Into the fray has jumped Russia, which has signed a new defense pact with C.A.R.’s government and appears to be gaining access to gems and minerals in return.

Russia’s involvement was spotlighted by the recent killing of three Russian journalists investigating Russian mercenary activity in the C.A.R..

On this edition of Global Journalist, a look at the crisis in the Central African Republic.