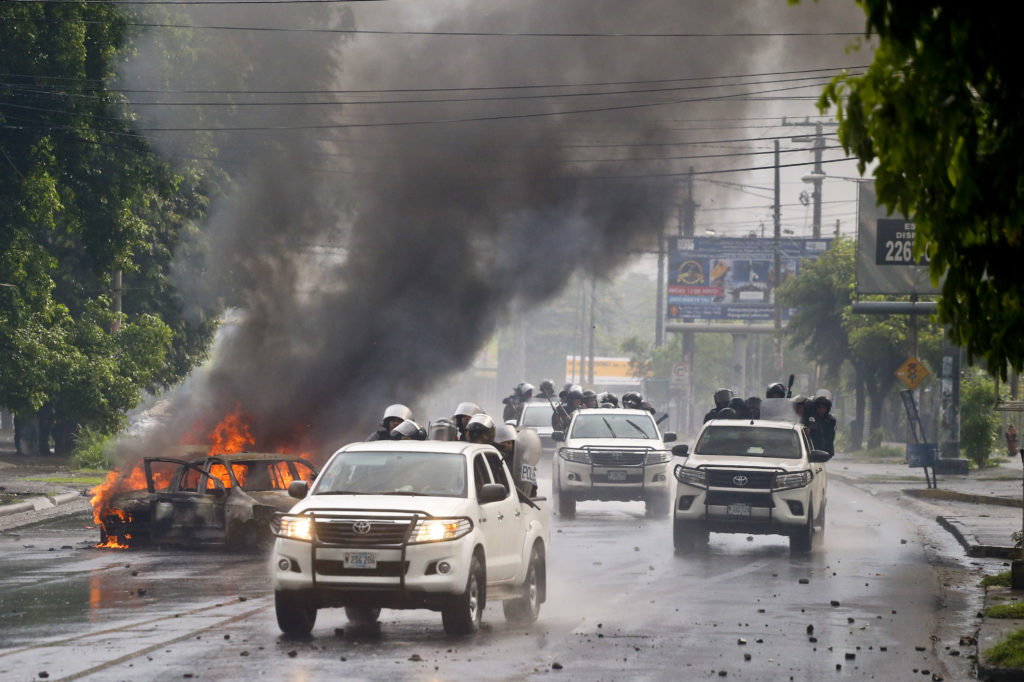 Police in riot gear riding on the back of pick-up trucks charge towards demonstrators taking part in a protest against Nicaragua's President Daniel Ortega in Managua, Nicaragua, May 28, 2018. (AP Photo/Esteban Felix)

The situation in Nicaragua has taken a dark turn in recent months. President Daniel Ortega's growing authoritarian streak has led to months of protests against his rule - and a violent response from pro-government militias.

With hundreds dead and many more arrested, some observers fear the country is slipping towards a new civil war. On this edition of Global Journalist, a look at the political crisis in Nicaragua and what lies ahead for a country still recovering from a debilitating civil war in the 1980s.