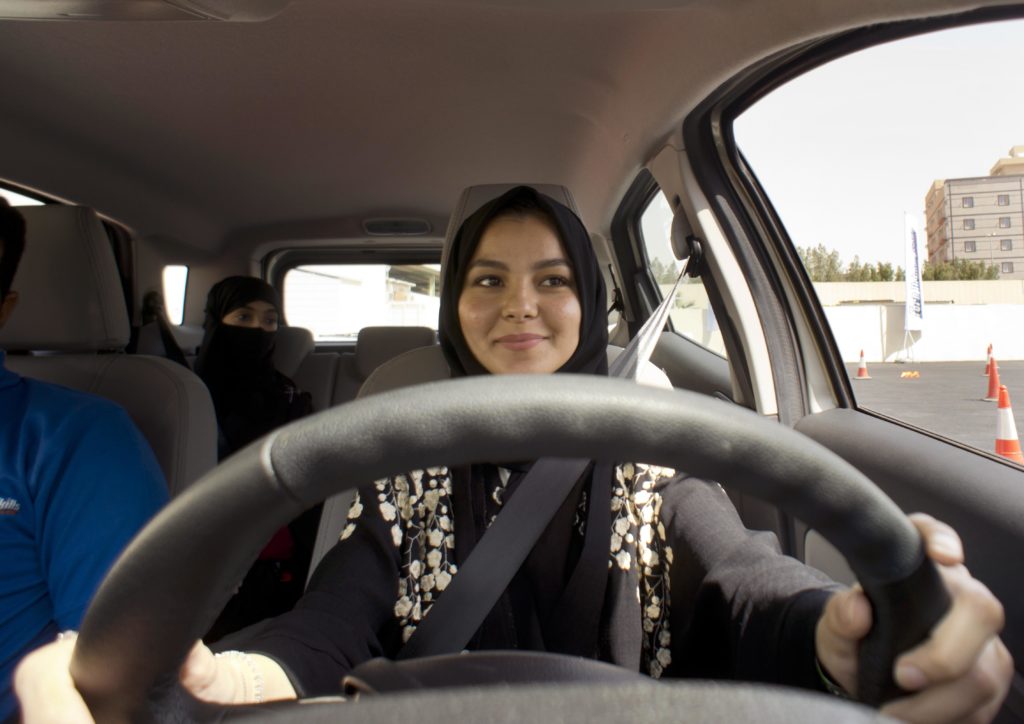 A student at the female-only campus of Effat University, sits for the first time in the driver's seat, during training sponsored by Ford Motor, in Jiddah, Saudi Arabia, Tuesday, March 6, 2018. A stunning royal decree issued last year by King Salman announcing that women would be allowed to drive in 2018 upended one of the most visible forms of discrimination against women in Saudi Arabia. (AP Photo/Amr Nabil)

In late June, the first Saudi women to legally drive a car in the kingdom started their engines and took off down the road.

Countries like Tunisia, Jordan and Lebanon have passed laws ending legal loopholes that let rapists off the hook for marrying their victim. Some countries have rolled back exemptions for those who commit so-called “honor killings” of female family members.

Still, many women’s rights advocates are only cautiously optimistic. In some countries, laws aimed at helping women aren’t enforced. Nor are public attitudes toward women’s rights necessarily becoming more progressive.

On this edition of Global Journalist, a look at women's rights in the Arab world.