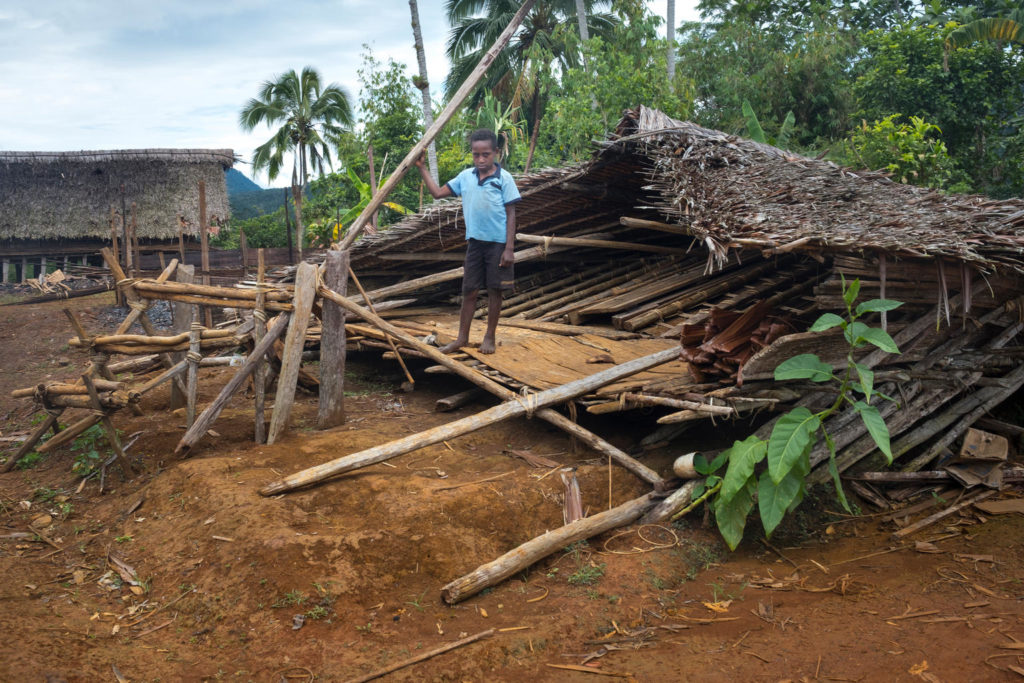 Stanton, 10, stands on the ruins of his home which was destroyed on February 26, 2018 in a 7.5 magnitude earthquake, in Daga, Papa New Guinea. (UNICEF Photo)

Two months after a major earthquake devastated parts of Papua New Guinea's highlands, one of the world's most remote and diverse nations is still struggling to cope.

The quake left more than a half million people in need of aid, but many of those in need of it live in areas reachable only by air. Compounding the aid effort: more than 200 aftershocks over the past two months as well as a recent outbreak of tribal violence.

On this edition of Global Journalist, we discuss the response to the quake in the Pacific nation of 7.5 million.