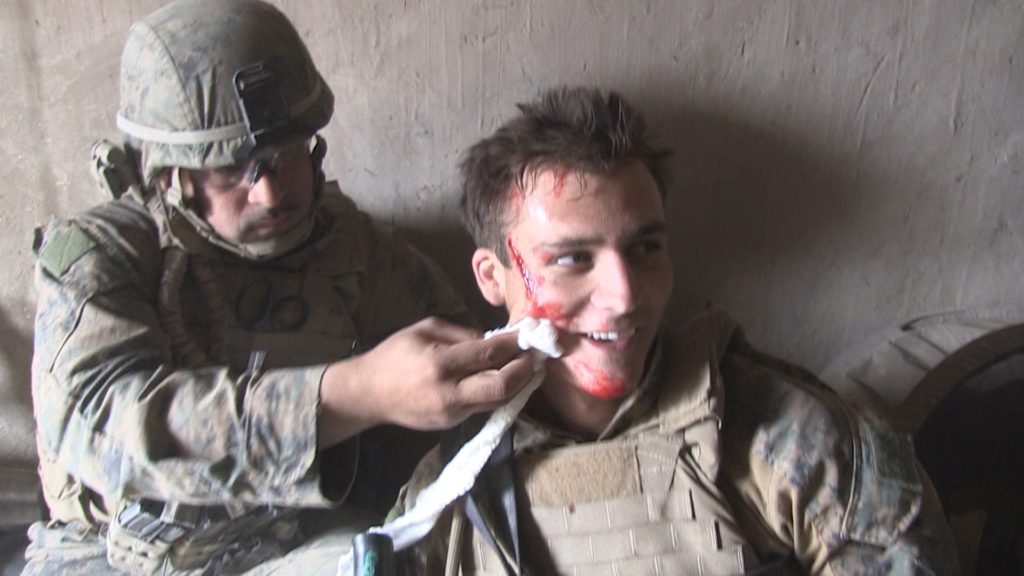 The war in Afghanistan is America's longest-running conflict in its history.

This October will mark 17 years of U.S. combat troops in the country, with seemingly no end in sight. There have been countless images and stories from the conflict there, but very few capture the raw, unedited chaos, carnage, or even the lighter moments of soldiers in combat in combat.

But an unusual new documentary that premiered at the True/False Film Festival in Missouri called "Combat Obscura" gives the public just such a view.

Here there is no satisfying ending as in "Zero Dark Thirty," the film about the raid that killed Osama bin Laden.

Instead, director Miles Lagoze, a combat cameraman who served in the U.S. Marine Corps. from 2008 to 2013, uses footage shot by himself and other military cameramen to capture the violence, confusion and pathos of battle.

Marines are shown cursing over the body of an Afghan shopkeeper they killed after mistaking him for a Taliban lookout. They're also filmed in lighter moments: smoking hash and performing mock trigger finger exercises.

There is no story arc to the film, just as there is no neat narrative to a combat mission that has led to a years-long stalemate with the Taliban.

On this special edition of Global Journalist, guest host Joshua Kranzberg interviews Lagoze about the war in Afghanistan and how the reality for soldiers and Marines differs from public perceptions in the U.S.