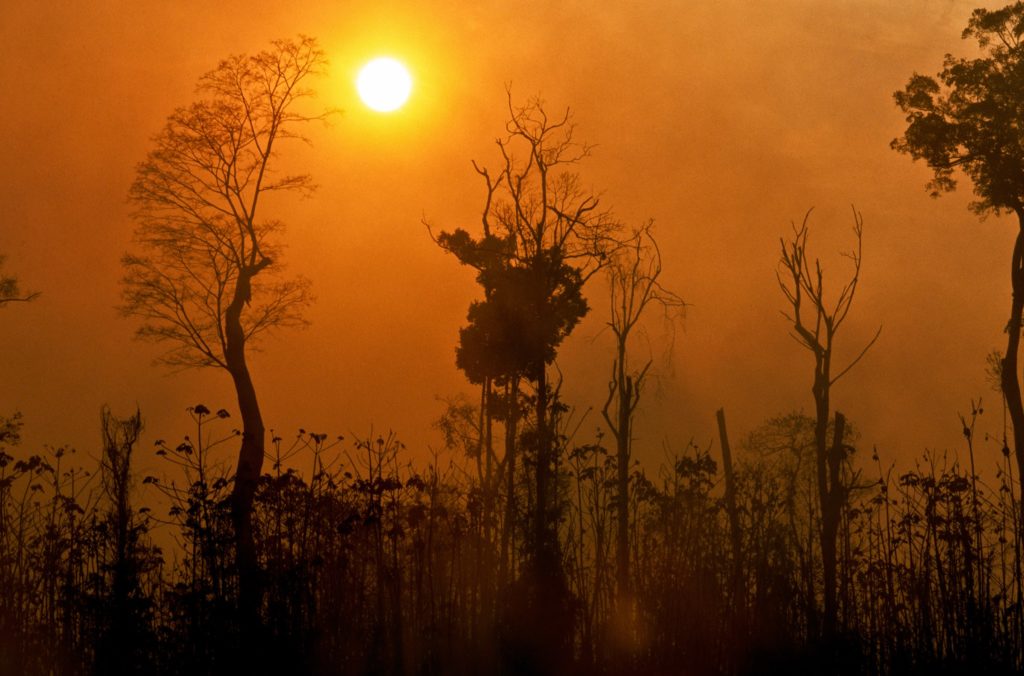 Deforestation near the Brazilian town of Paragominas in the Amazon. (Joanna Pinneo)

From the Arctic to the Amazon, Joanna Pinneo has made spotlighting climate change a specialty

Twenty years ago this month, National Geographic's cover featured Joanna Pinneo's iconic photograph of a sleeping Tuareg mother and child blanketed in sand for a feature on climate change.

The picture, taken inside a tent in the West African nation of Mali, was later featured in a traveling exhibit of National Geographic's "50 Greatest Photographs" and brought welcome attention to Pinneo's other photographic work. Over the course of a nearly four-decade career as a photojournalist, Pinneo has traveled to more than 60 countries and photographed subjects as ranging from Indonesian tea plantation workers to refugees in Bosnia. 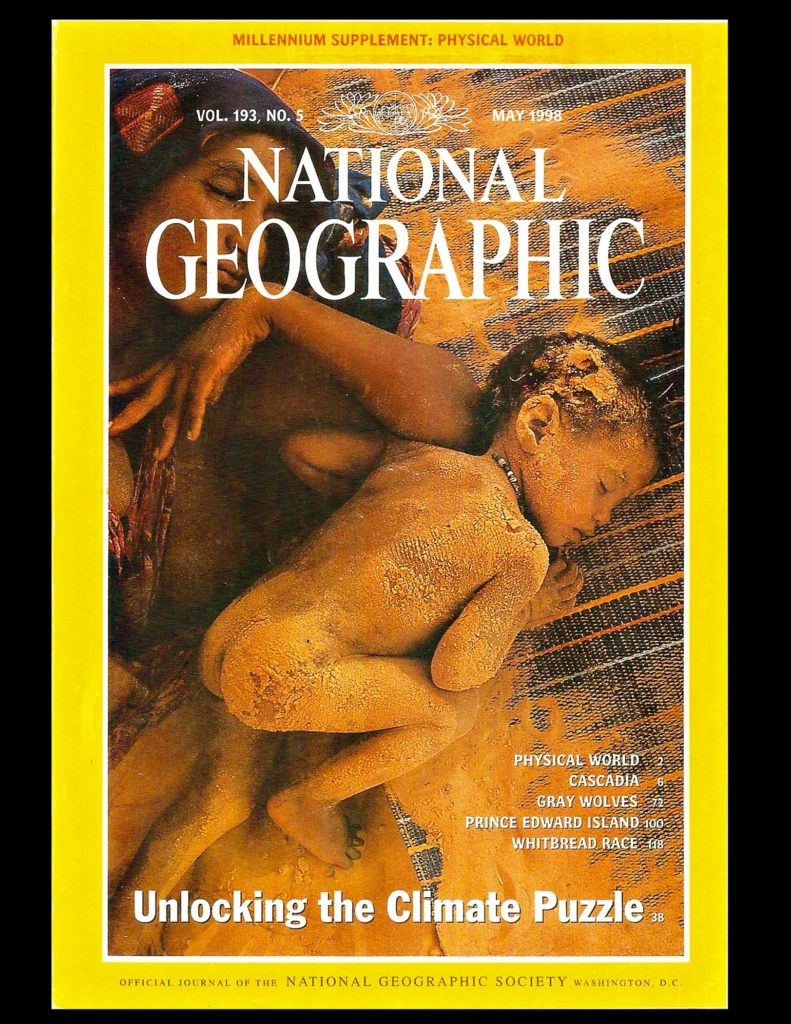 Pinneo's photo appeared on the cover of National Geographic in May 1998.

But in addition to recognition, the 1998 National Geographic assignment changed the course of Pinneo's career by developing her interest in climate change. That assignment was her first in an area that came to be one of her specialties.  She's since photographed how climate change is affecting people as diverse as camel herders in Sudan, polar bear hunters in the Canadian Arctic and underground miners in India.

The Colorado-based Pinneo spoke with Global Journalist's Blythe Nebeker about her work covering climate change and the human effects of pollution. Below, an edited version of their interview.

Global Journalist: What strategies do you use to try to connect people with climate change?

Pinneo: Twenty years ago, I [didn't] know anything about this and I needed to learn.

There’s a lot we don’t know about climate change yet and a lot we can’t prove, so we have to stick with solid science. We started with the science, then we looked at how people were affected.

I approach every story I do from a person's point of view. What are people’s roles? How are they affected? [From] past stories knowing how people are connected to their land and their environment, it made sense to me that if the science was showing that our planet was changing, then it’s going to affect people on the ground. So, we just started looking for those kinds of stories. 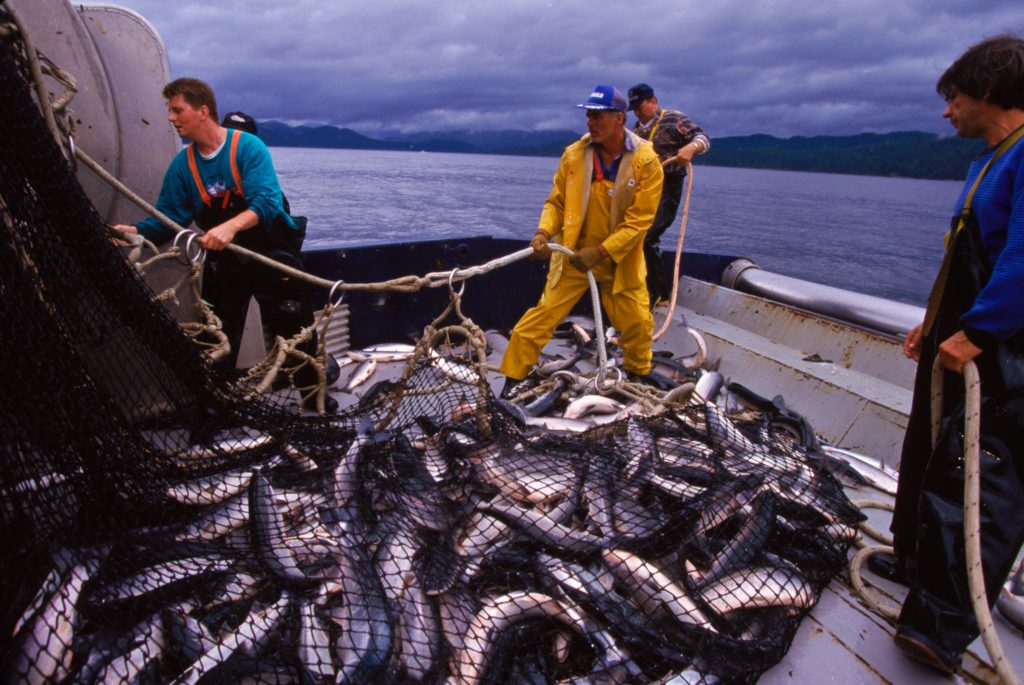 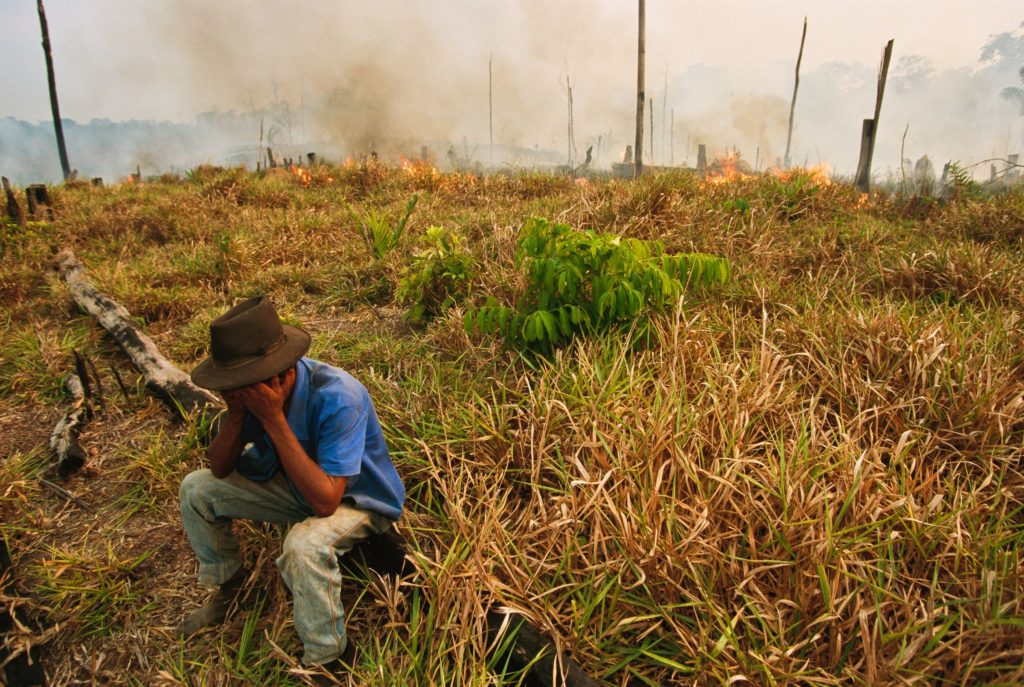 An out of control fire on forest land cleared for grazing in Brazil. (Joanna Pinneo) 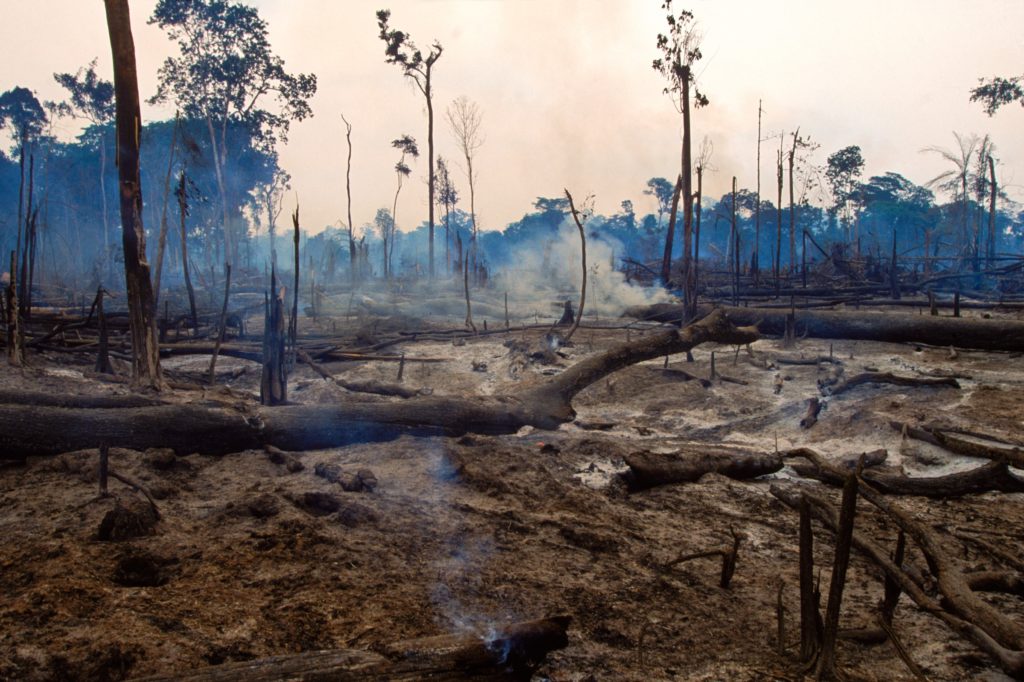 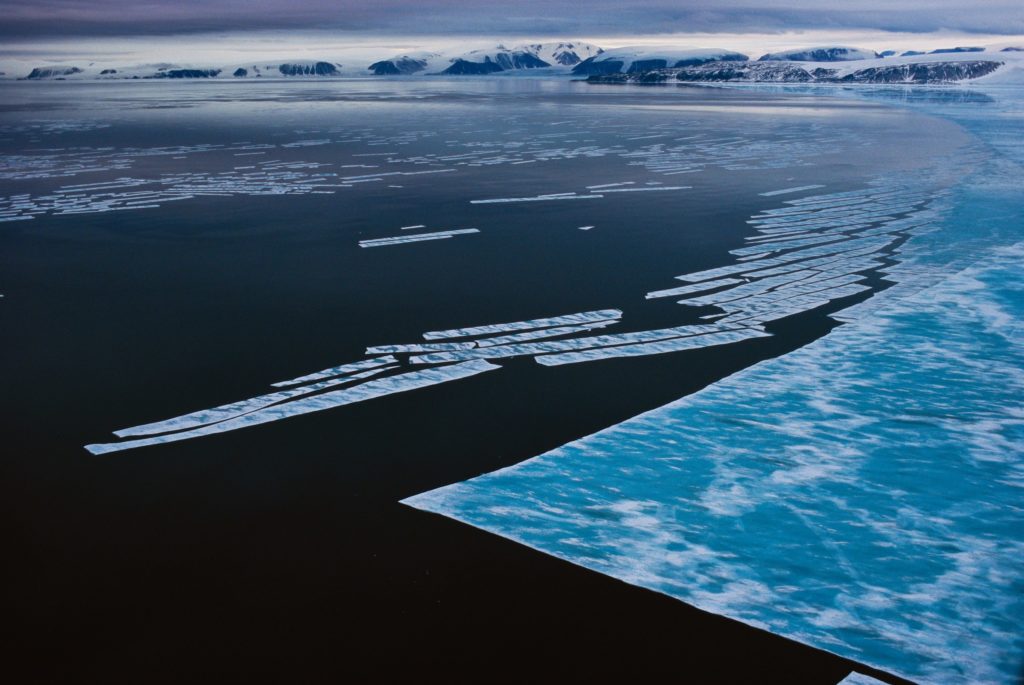 GJ: What is the most difficult part when you go to a new place or new country to try to cover these stories?

Pinneo: It depends on the culture…If I am photographing fishermen in Canada, I could contact them myself and just say, "This is what we’ve heard. Is that a problem? Can we come up?"

Otherwise, I have to depend on interpreters working with a different culture. I think it’s finding the right person to help you that lives there, that speaks the language, that can help you meet the right people.

Once you get there, it’s talking to the people and letting them know what we’re doing and why I’m there. I’ve generally found that if you’re showing you’re sincerely interested, people are welcoming and interested in telling their story: "Gosh this drought is really affecting us, this is how our life is changing."

It’s just taking one step at a time, knowing where you’re going and working down to a person to person level.

GJ: What is your favorite photo series?

Pinneo: One is the original story I had done for the National Geographic. I traveled up to Mali in the desert where they had been undergoing a 25-year drought.

I was trying to photograph how their way of life was changing. The head of the clan was very educated. He was welcoming, but I didn’t know exactly what I was going to find.

One day, I went in to the tent of one of the women. She was just hanging out with her kids, combing their hair. It got to be the middle of the day, it was kind of hot, so they were laying down and taking a nap.

I woke up and saw everybody asleep, it was peaceful. There was this golden light just kind of infused the entire tent. This ended up being the cover of the magazine, which was really cool. 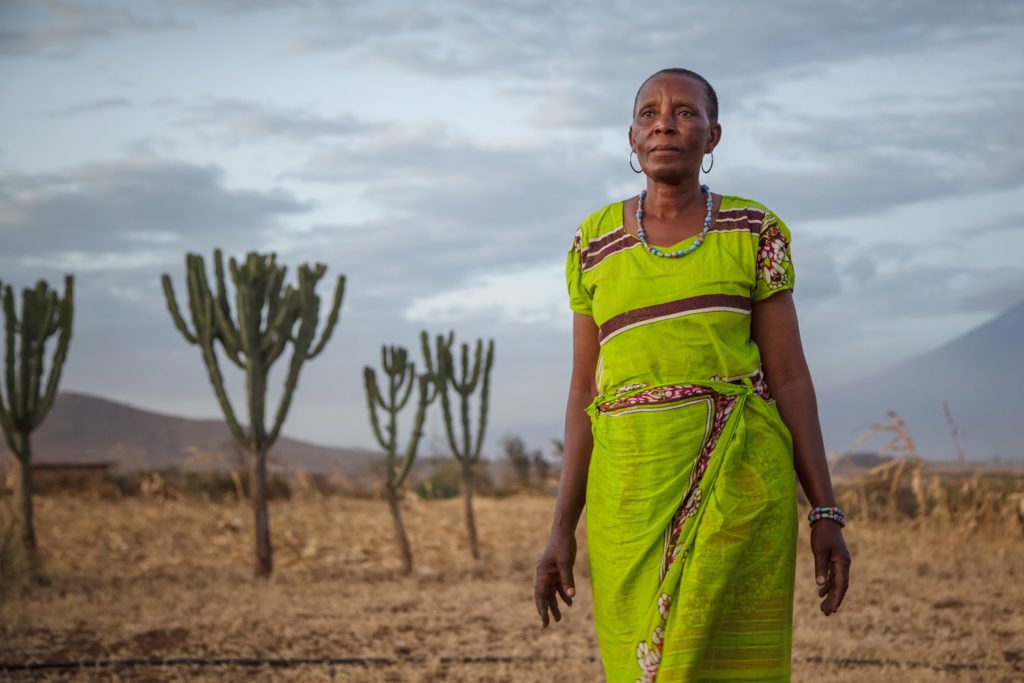 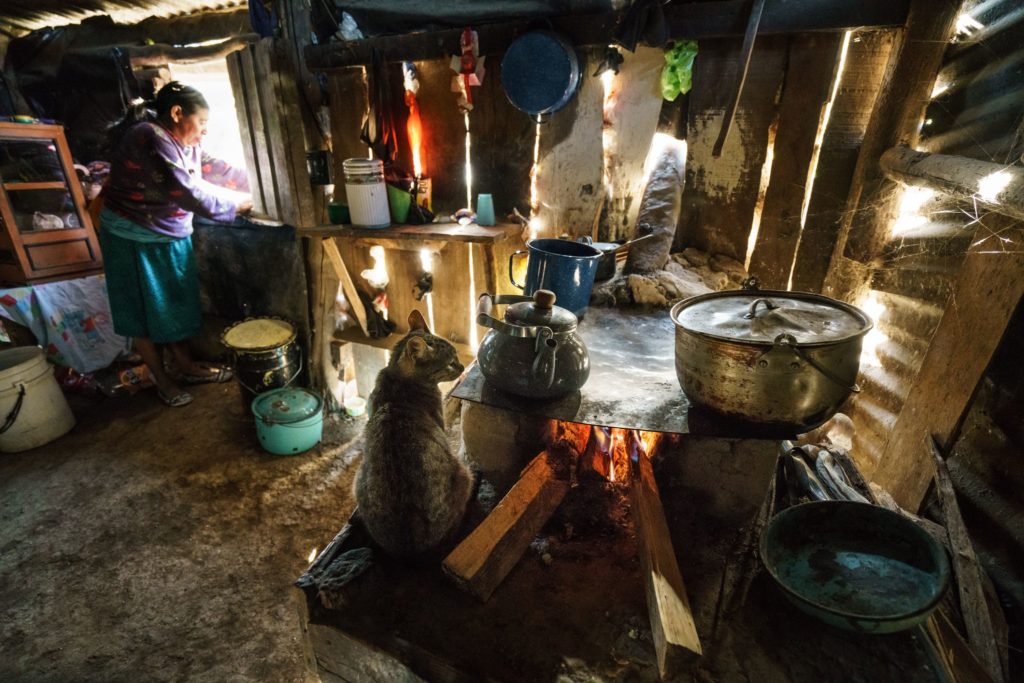 A woman cooks over an open wood fire in Honduras. (Pinneo) 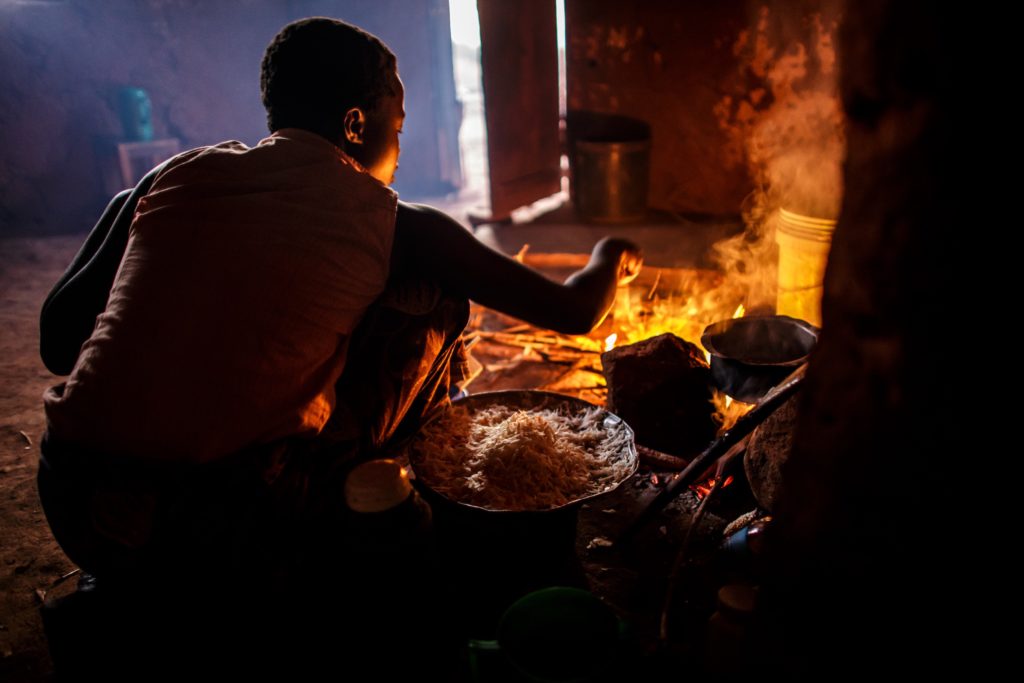 GJ: How do you choose what stories you're going to cover?

Pinneo:  I’m not a news photographer, so the stories I’m interested in are the stories that aren’t in the news as much. I’m attracted to stories now that aren’t being told, which is why I chose to work on a story about household air pollution.

A number of researchers are talking about it, but there’s almost no stories, considering the impact it has on women and children. So I was like ‘whoa’. I’m really interested in women, especially women in the developing world. I kind of gear myself to those stories now.

GJ: What do you hope your work’s impact will be? 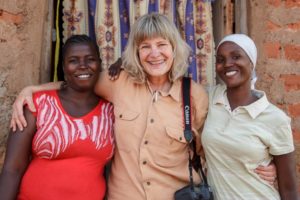 Pinneo: A lot of it is just to raise awareness. These stories need to be told again and again and again. My story may just be one little thing, but it could be that one thing that somebody [says], ‘I just had no idea these women were dying because they were breathing in all this smoke while they cook, maybe I could get involved.’

It’s raising the level of awareness so hopefully it can help the environment and it’s telling stories about rural people. People want to know about what other people are doing. When you personalize it, people are interested.