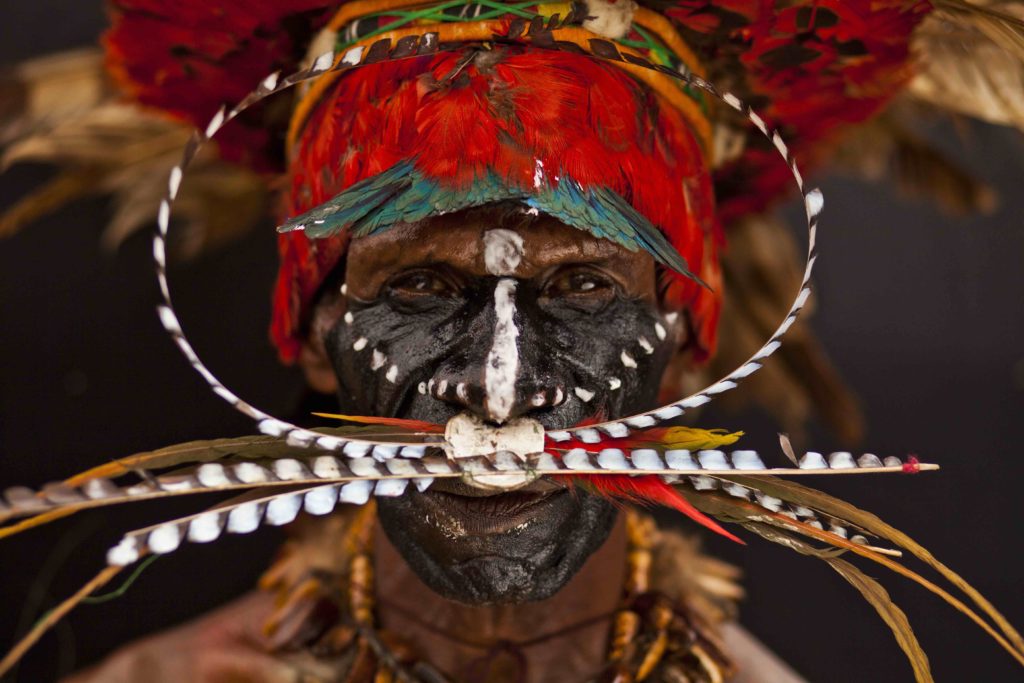 With tribal traditions under threat, an effort to preserve culture through photography 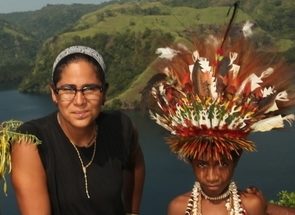 Photographer and cinematographer Wylda Bayrón, with a boy in Papua New Guinea.

Over the course of her 14-year career, photographer and videographer Wylda Bayrón has traveled to 30 countries on six continents. She's worked as director of photography for the Netflix smash "Orange is the New Black," and alongside Hollywood A-listers like Spike Lee, Oprah Winfrey and Ben Stiller.

However one of the most eye-opening experiences was her slow progression through the the Pacific nation of Papua New Guinea documenting the traditional tribal dress of a country where over 850 languages are spoken.

"Papua New Guinea is the world's most diverse country in terms of ethnic and linguistic diversity," she says. "It just captivated me so much."

Originally visiting the country as a tourist, Bayrón was taken by the environment and the culture. She ended up spending 18 months between 2013 and 2015 visiting each of its 22 provinces to document the country's wide-range of traditional dress. Her work has since been highlighted by the website's of National Geographic and Smithsonian Magazine.

Originally from Puerto Rico, Bayrón now makes her home in New York. She spoke with Global Journalist's Lily Cusack about her time in Papua New Guinea. Below, an edited version of their conversation. 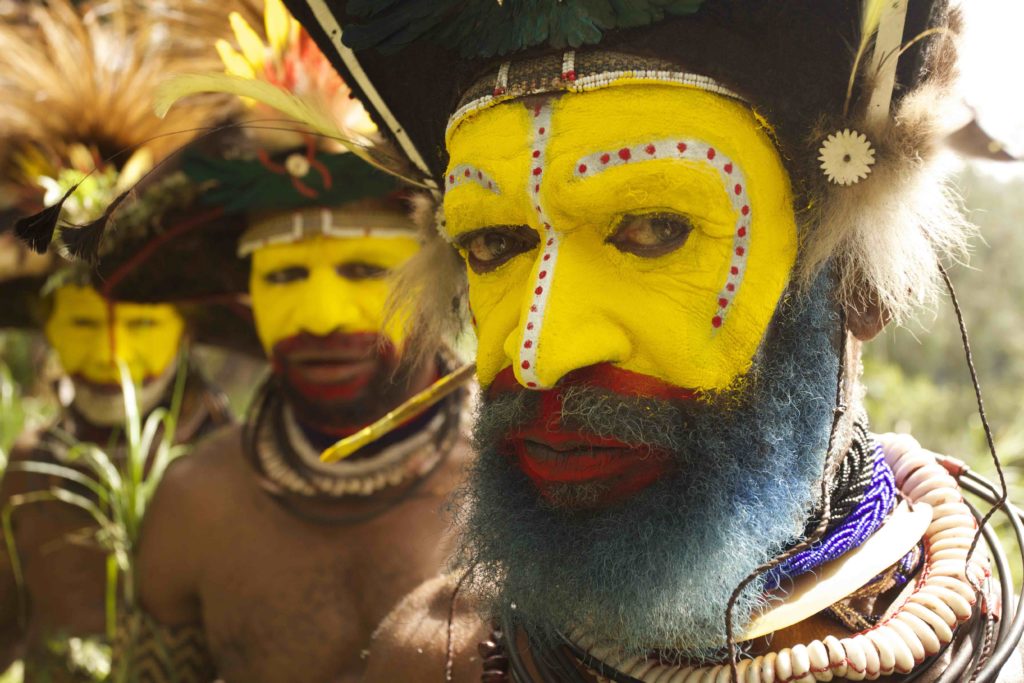 Huli wigmen use modern paints to create dramatic facial decorations. The wigs are made from weaving their own hair into a thin wooden frame. (Credit: Wylda Bayrón)

Bayrón: I went there in 2013. I had a two month tourist visa that you get on arrival, and my intention was to see the Hagen [tribal] show and the Goroka show, which are quite popular and quite famous singsings. Singsings are essentially gatherings of different tribal groups where they get together and they display the best of their traditional dress.

So that’s what was on the agenda for me. Maybe just a little adventure, just a little photography. And then suddenly, within the course of the first week, I started meeting local people. They invited me into their homes.

And then I saw the need that they had for someone to remain and start documenting the traditional dress that was being lost as a result of the world we live in - modern life coming into the tribal areas and them starting to lose the desire to continue working on their traditional dress.

So then I started focusing exclusively on that because it’s easy to photograph. It’s quite easy to discern from one tribe to the other simply visually because they’re so specifically unique. So that’s what motivated me to stay. 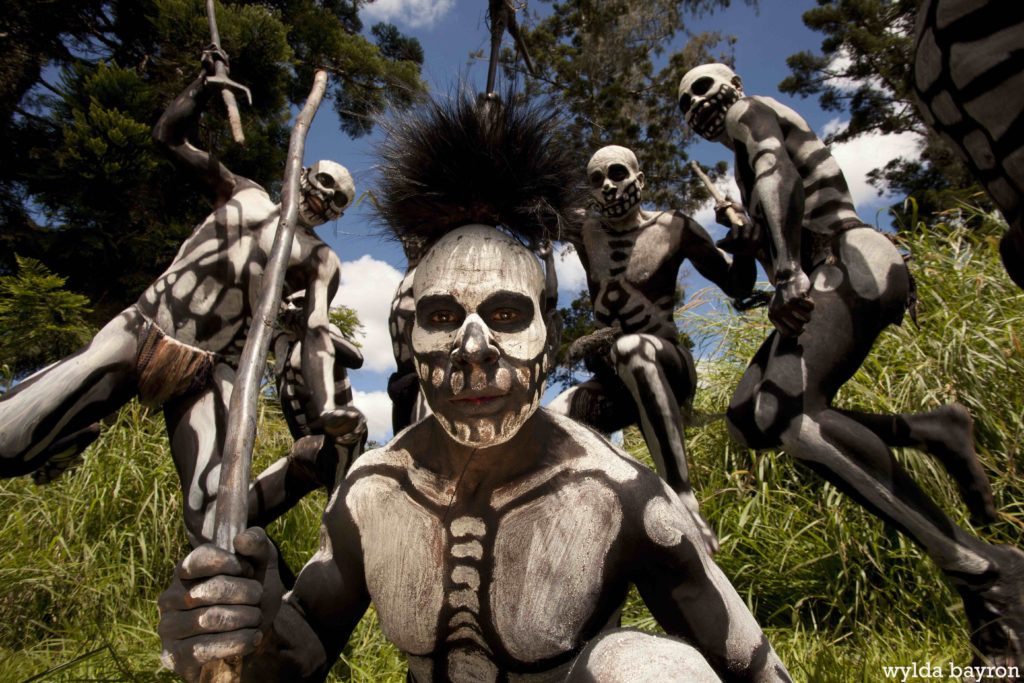 GJ: There's a lot of intertribal conflict in Papua New Guinea. How were you able to move from one group to another without putting yourself in danger?

Bayrón: I went visiting as a tourist, and I ended up visiting every province. It was done through the wantok system. Wantok means one language in Pisin, and it’s a system designed to protect your fellow tribe members that travel.

So I was taken in by a family, and they were my wantoks. And when I wanted to travel, for them to ensure a safe passage for me, they would give me to their wantoks. So when I wanted to go to a different province, I already arrived with family. That’s what was special about my journey. 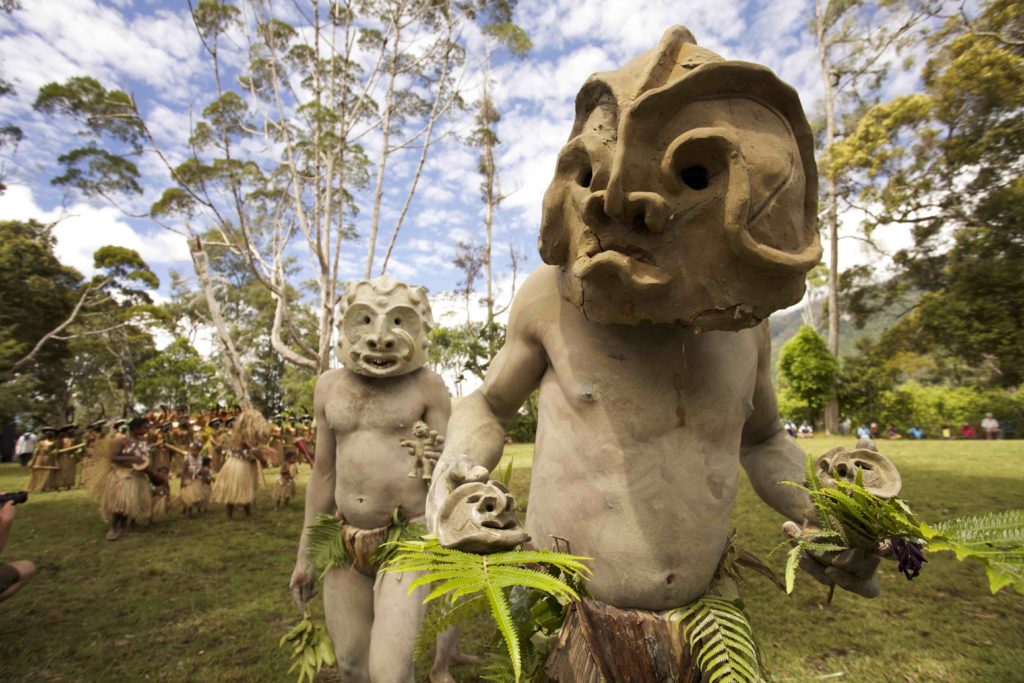 Asaro mudmen from the Highlands. Legend holds that defeated warriors were forced to flee into the Asaro river. At dusk the next morning, they rose from the river banks covered in mud and the enemy feared they were spirits and left in fear, leaving the Asaro men victorious. (Credit: Wylda Bayrón)

Bayrón:  There was no typical day in Papua New Guinea. Usually, I was in places that had no electricity, no running water for two months at a time.

So, I’d wake up at the crack of dawn go to the gardens and get the fruits and veggies for the day, make breakfast, collect the wood to make a fire, make the tea and make the breakfast.

I would usually go and talk to elders about what their grandparents would be doing, what their grandparents would look like in terms of the traditional dress. I was always researching. And constantly throughout the day, perhaps trying to find a location to do my shooting, perhaps find an old family heirloom that would be important to photograph and spend my time in those villages as productively as possible if my time was limited.

Of course, usually if I was doing a photoshoot toward the end of the day, then around sunset I would get all of my beautiful subjects, get all the traditional dress together, get all them ready and shoot for 15 to 20 minutes, which is what sunset or sunrise would usually last. And then go back and show them the photos and prepare dinner and tell stories until 10 p.m. and go back and do it all over again the next day.

GJ: Describe some of the traditional tribal dress in Papua New Guinea. Where do they get their inspiration from?

Bayrón: It’s the land of the birds of paradise. They are surrounded by this beautiful courtship dance with these birds that are extraordinarily gorgeous. So I think they've taken that environment and those cues and have adopted them into the way that they show their identity as tribes.

That's what I was fascinated by...you can be five minutes away from a tribe, and you have the same birds and the same environment. And they can find a different way to express who they are. 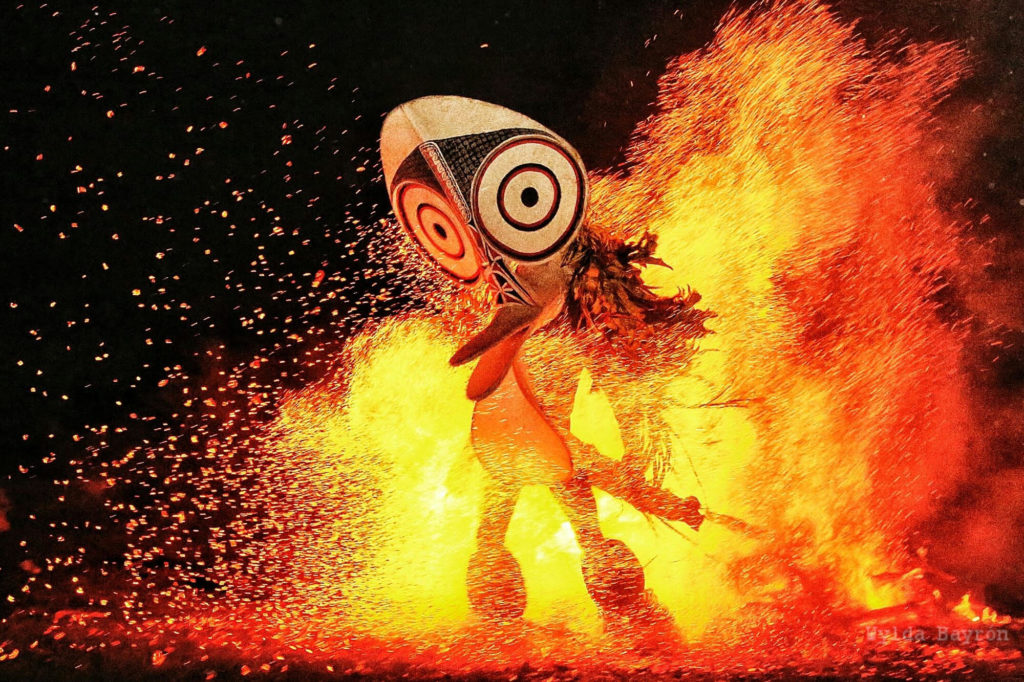 GJ: Do you have a favorite photograph?

Bayrón: No, because I saw so many extraordinary things. [One] that has meaning and that stands out...would probably be one of the fire dancers in Rabaul [on the island of New Britain] because you go there and you've seen some photos of what you think you're going to expect, and [when] you see it, it just blows your mind.

Pretty much, my mind was blown there everyday for a year and a half.