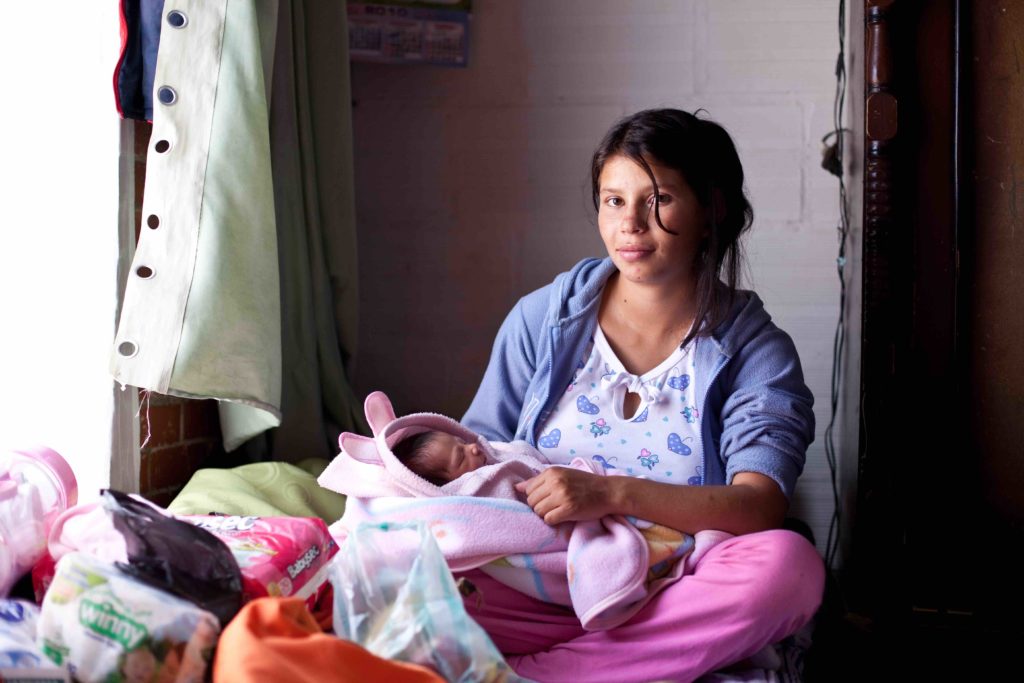 A teenage mother at home with her new baby in April 2010, Bogota Colombia. (Joey O'Loughlin)

"It’s...going against a tide of cultural behavior that says not only is teen pregnancy okay, it’s kind of expected." 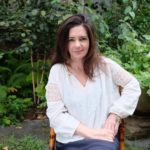 Despite her wide experiences, O'Loughlin still had much to learn, when she was commissioned to make a photographic series about teen pregnancy in Latin America for the policy group Family Care International. Between 2008 and 2010 she traveled to Colombia, Bolivia, Chile, Ecuador and Peru to try to highlight the issue in a region where teen pregnancy rates remain stubbornly high.  Rates of teen pregnancy in Latin America are about 45 percent higher than the global average, according to a recent U.N. report.

"One of the things that struck me was how common and comfortable the fact of teen pregnancy was in so many of the communities," says O'Loughlin, in an interview with Global Journalist.

Pictures from O'Loughlin's photographic series, "Adolescentes," have been used by three U.N. agencies as well as the health ministries of five governments in Latin America to raise awareness about the issue. O'Loughlin spoke with Global Journalist's Maggie Duncan about the project. Below, an edited version of their interview:

A teenage mother at home with her new baby in April 2010, Bogota Colombia. (Joey O'Loughlin) 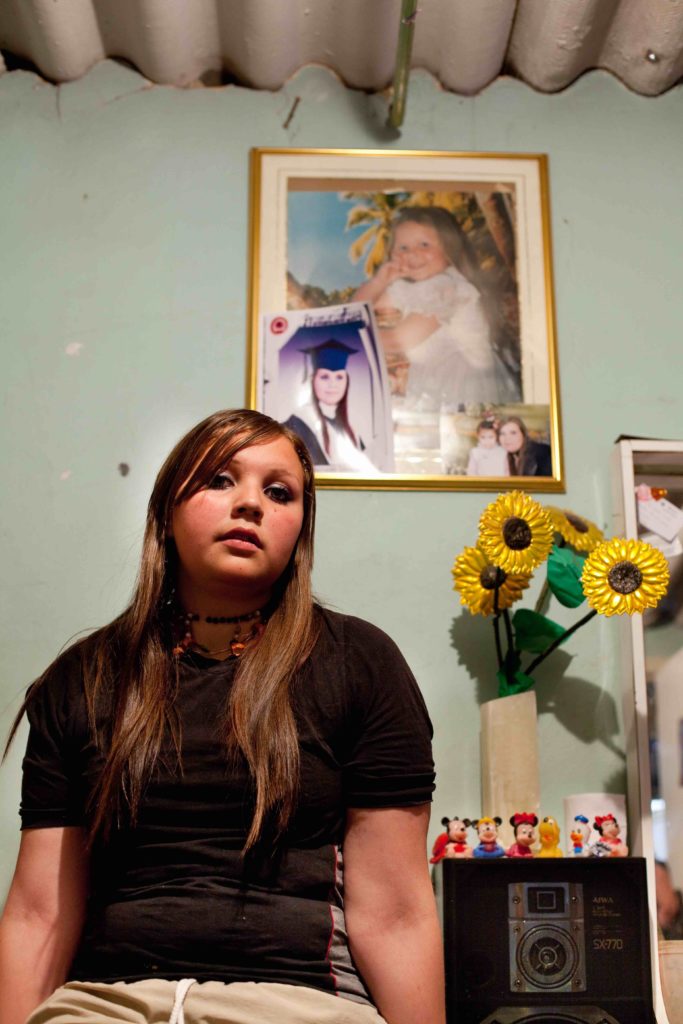 Bogota resident Paula, 18, had her first baby at 16. (Joey O'Loughlin) 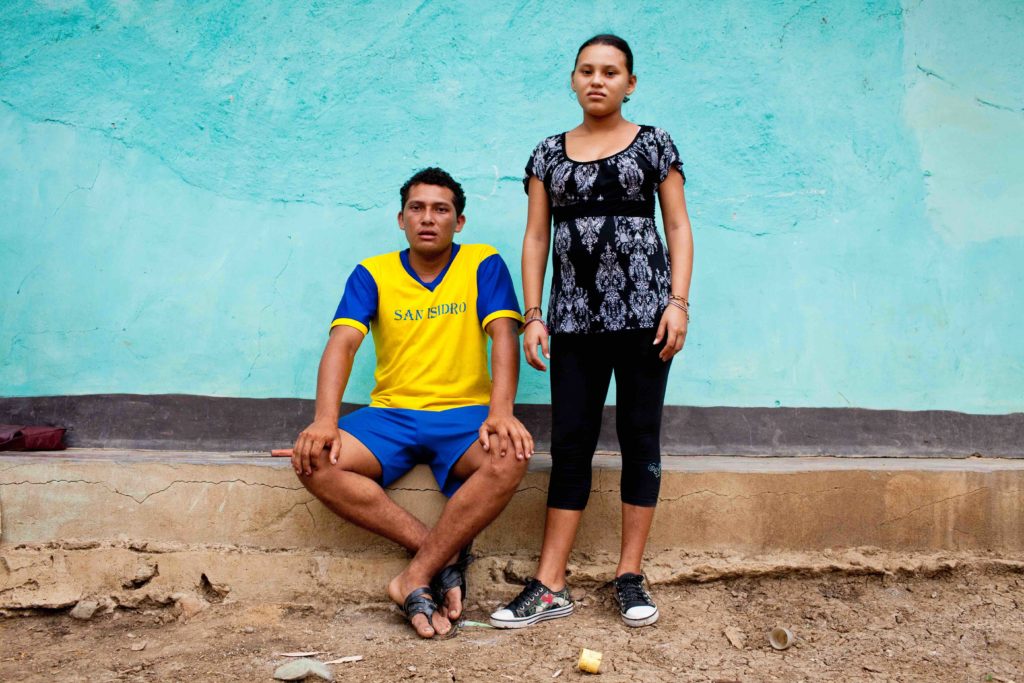 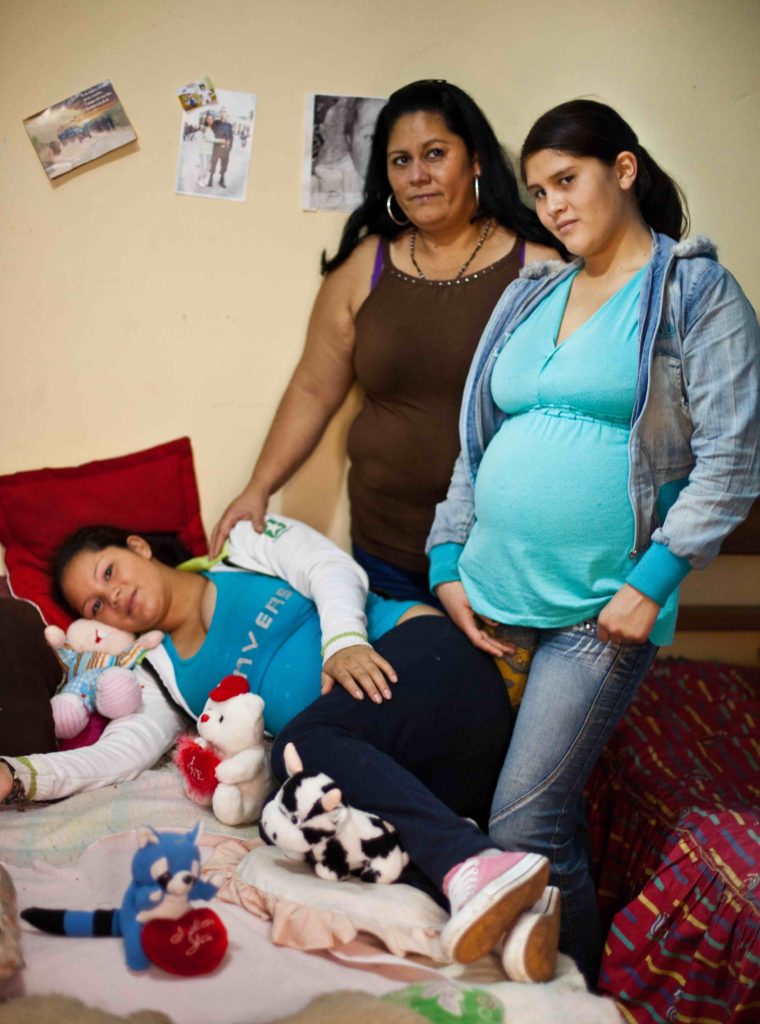 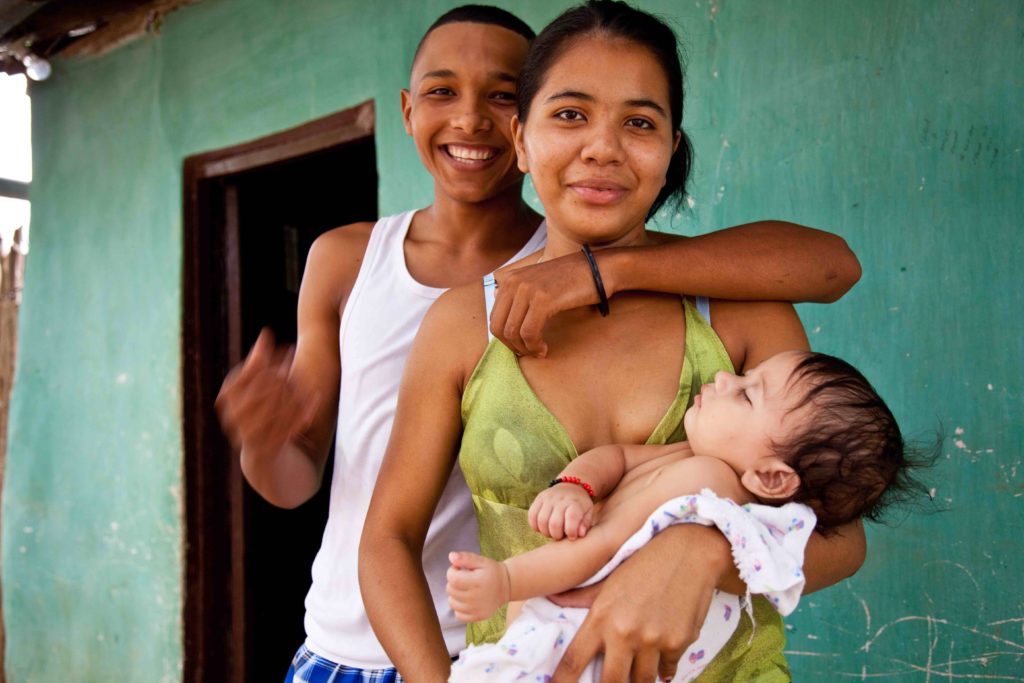 Global Journalist: What stood out to you about the people you photographed for this series?

O'Loughlin: The way it was set up they had me visit programs in urban areas, and really quite remote areas. So I got to see the scope of work and the different experiences. And even though it was the same region, attached by geography, the experiences were hugely different.

I guess one of the things that struck me was how common and comfortable the fact of teen pregnancy was in so many of the communities. It was fairly common that in some of the underserved communities that many of the girls were pregnant, and would have the babies, and then go on with their lives. They seemed kind of nonplussed by it, and so did their families in some cases.

GJ: What kind of strategies were aid organizations and health ministries using to reduce teen pregnancy?

O'Loughlin: : It was mostly centered around making the girls see that they had possibilities in life beyond becoming a mother when they’re not prepared, or beyond marriage or in addition to marriage. 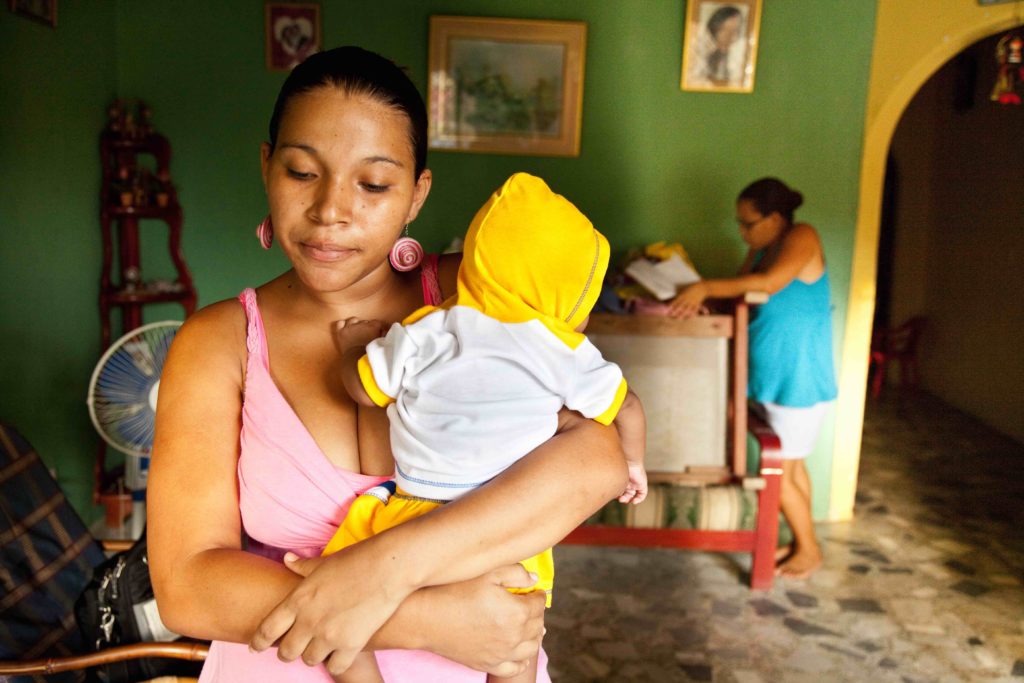 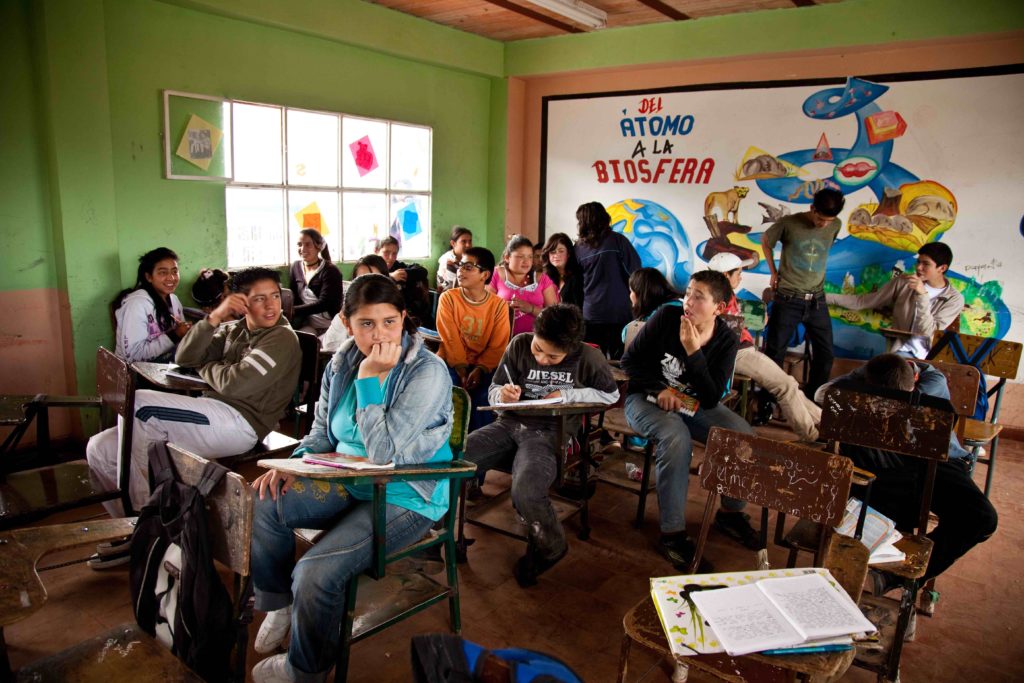 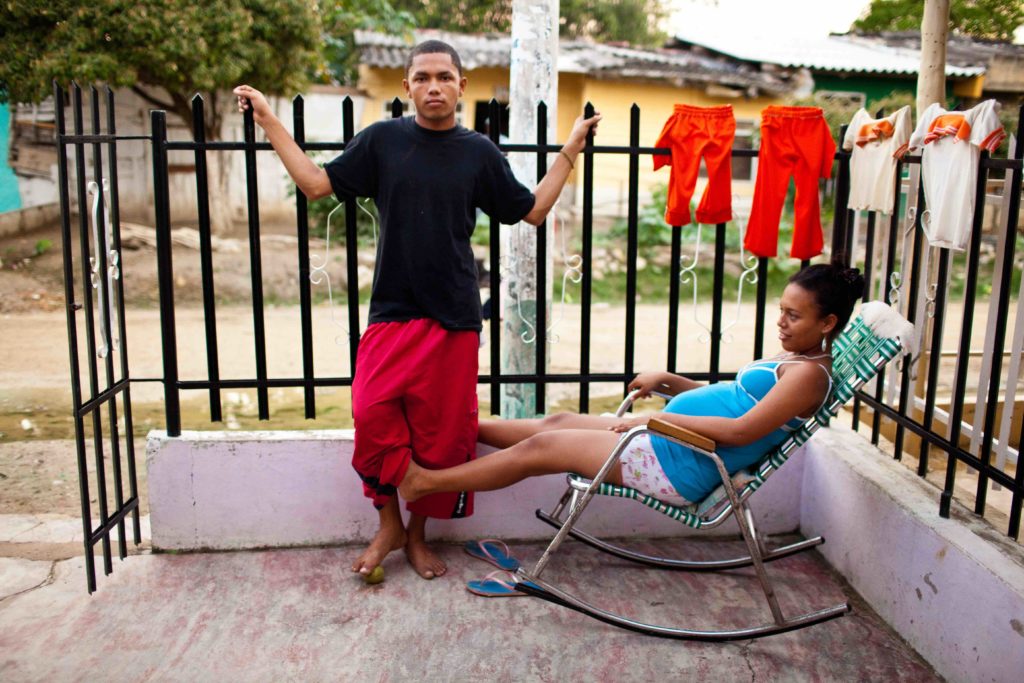 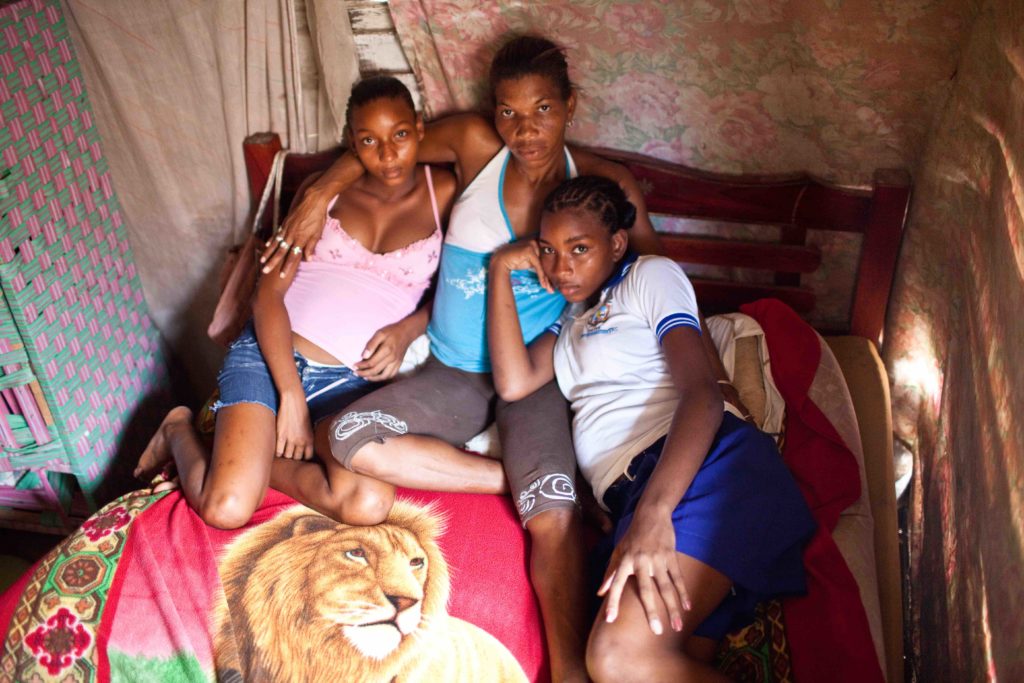 Marta, 33, of La Boquilla, Colombia has five children and is expecting a sixth. Her daughters, 15, are also pregnant. 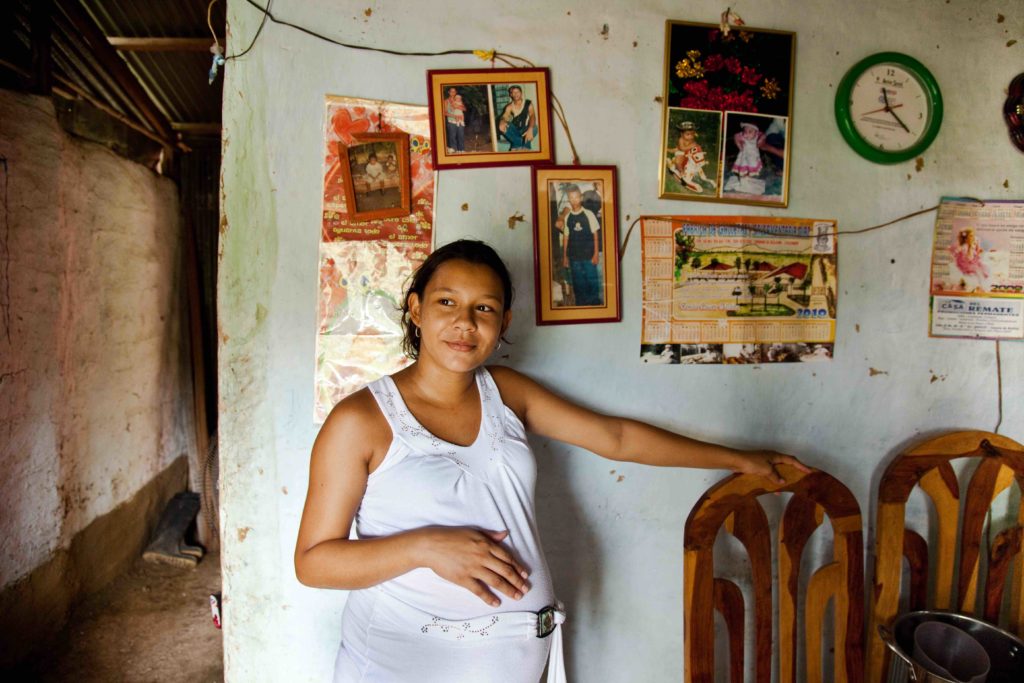 GJ: Was there a girl whose experience stood out for you?

O'Laughlin: I met with a girl from one of the [pregnancy prevention] programs and spent some time with her and her family, and I didn’t find out until halfway into the day that she was actually pregnant.

Even though she was doing well in school, she was participating in the program...she still got pregnant. She was 15 or 16 years old.

It’s really hard to keep the girls focused and strong because the peer pressure is so strong. You can see it when you spend a lot of time in the high schools. It’s still a fairly male-dominated culture and the girls were certainly seeking the approval of the boys.

GJ: What other challenges do the girls face?

O'Loughlin: This is anecdotal, but if a girl becomes pregnant with her boyfriend he’s not likely to marry her.

And that makes life much harder for her because then the next person isn’t likely to marry her, and marriage is one of the ways that women move forward in society. As much as they think they may be moving ahead with that they’re not. 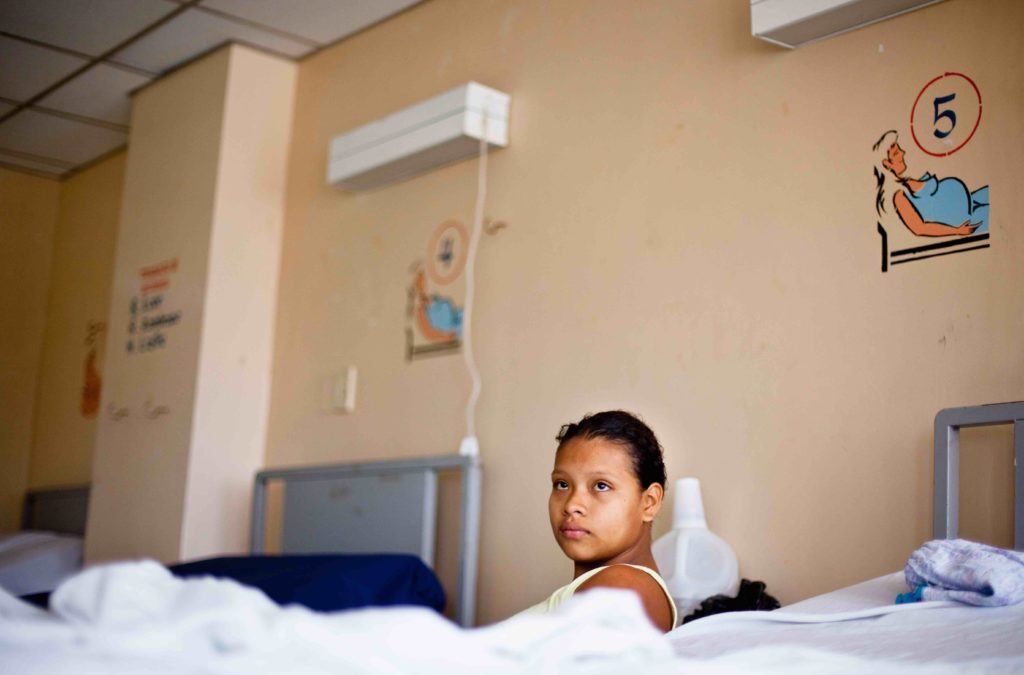 A pregnant teen in the maternity ward in Bahia, Ecuador in 2009. 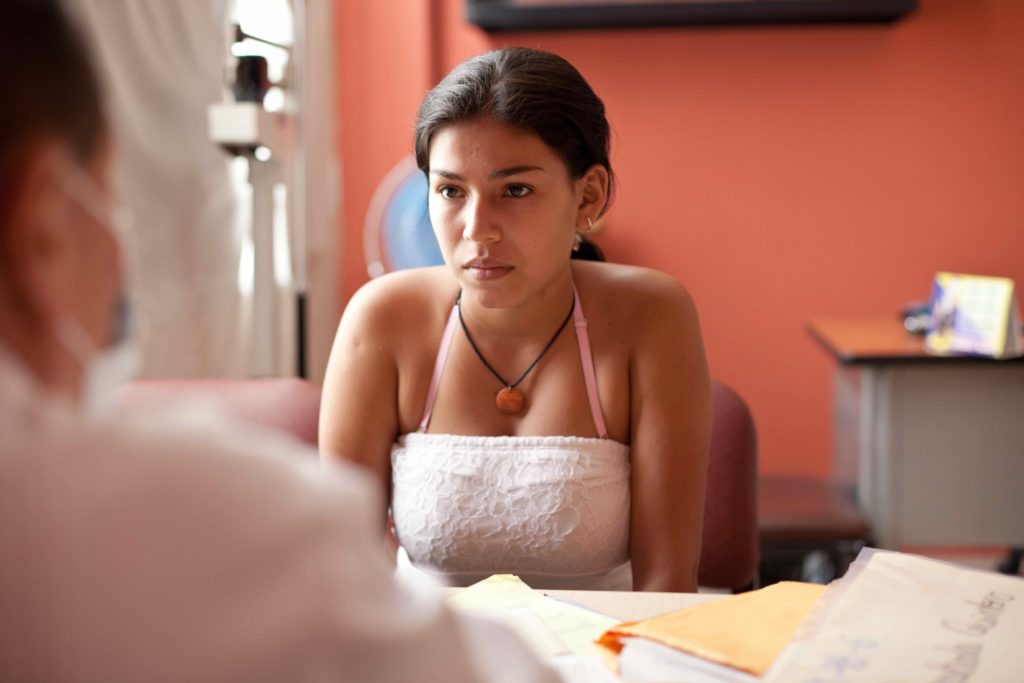 A pregnant teen consults with a doctor in Porto Viejo, Ecuador in 2009. 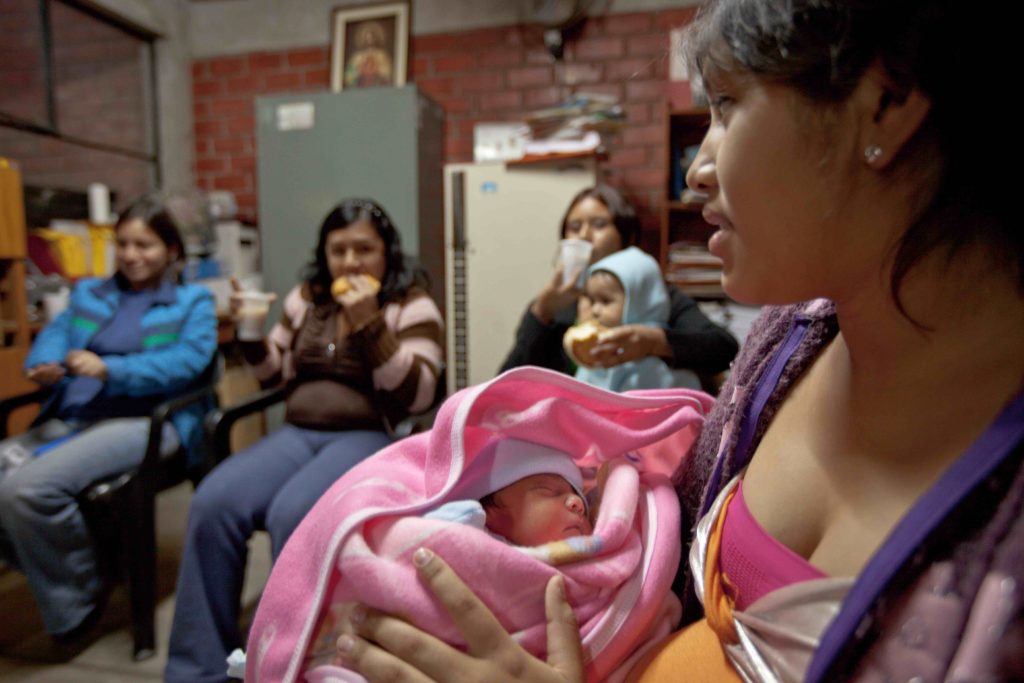 A support group for young mothers in Lima, Peru, in July 2009. (O'Loughlin)

GJ: What cultural factors affect this?

O'Loughlin: In a country like Venezuela or Bolivia or many of the countries that I visited, the government and the population are not keen on family planning and distributing contraceptives to young women, and teen pregnancy is fairly common.

It’s not out of the norm, so you’re asking them to change their cultural behavior. It’s individual behavior going against a tide of cultural behavior that says not only is teen pregnancy okay, it’s kind of expected. It’s simultaneously expected but shameful so it puts the girls in a very difficult position.