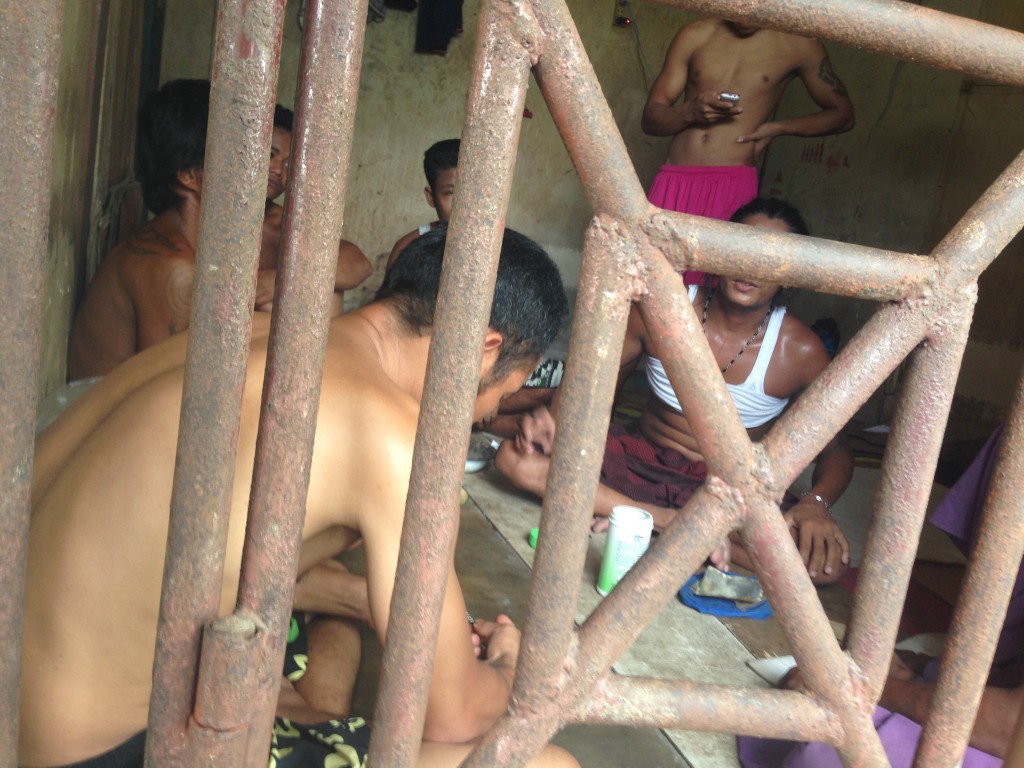 In this Nov. 22, 2014 photo, Thai and Burmese fishing boat workers sit inside a cell at the compound of a fishing company in Benjina, Indonesia. The imprisoned men were considered slaves who might run away. They said they lived on a few bites of rice and curry a day in a space barely big enough to lie down, stuck until the next trawler forces them back to sea. (AP Photo/Dita Alangkara)

"We can’t merely walk over the most marginalized people in our communities — those who fall through the metaphoric cracks."

From forced marriage in Afghanistan to unpaid laborers in southeast Asia's fishing industry, the U.N.'s International Labour Organisation estimates 40 million people around the world are  victims of human trafficking or some form of modern-day slavery.

Despite the scope of the problem– more than five of every 1,000 people in the world are victims– there is little public awareness of the issue. 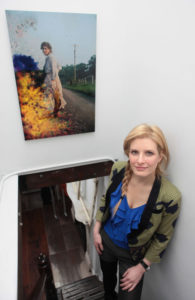 Molly Gochman, a New York-based experiential artist and activist is trying to change that. Since 2014 Gochman has operated the 'Red Sand Project,' a multi-pronged effort to use public spaces to highlight the issue. As part of the effort, Gochman has distributed 'kits' of red-colored sand for people to use to fill in the cracks in sidewalks as a means to grab the attention of passers-by. The kits also include facts and figures about human trafficking. To date, more than 200,000 have been distributed.

In addition, Gochman, whose previous work includes a 104-foot long series of earthen mounds spelling the word 'Welcome' in Braille, has also facilitated the installation of red sand on foot paths at sites in Mississippi and Texas.

Gochman spoke with Global Journalist's Taylor Campbell about the effort.

Global Journalist: How does this project work?

Gochman: The Red Sand Project is a participatory artwork that uses sidewalk interventions, earthwork installations and convenings to create opportunities for people to question, to connect and to take action against vulnerabilities that can lead to human trafficking and exploitation.

Installations and events have taken place in all 50 United States and in more than 70 countries around the world. Several hundred thousand Red Sand Project toolkits have been requested and used by people and groups of diverse backgrounds – from students to educators, businesses to outreach organizations, concerned citizens to celebrities, and we've engaged over 1.5 million people. 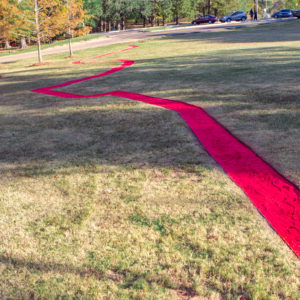 GJ: Why did you choose to start this project?

Gochman: As both an artist and activist, I truly believe that all art documents moments in time. We tend to overlook so much in the world, but we have the opportunity to look ahead to what can be with time – to create cultural change through global empathy.

Now, more than ever, we have an opportunity to rally a global collective and bring together commitment, activism and disparate voices calling for a more just, caring world.

For years, I have used my work as an invitation for people to reflect on and participate in the experience of humanity. I hope that through my art, I can encourage people to stop, soften and really feel the meaning that exists in the objects and communities that surround us.

That is one of the main reasons why I started Red Sand Project. The project was born after I learned more about modern day slavery, and was appalled that I hadn’t really known it existed before. After reaching out to several human rights organizations to ask what I could do to help, they all told me to raise awareness.

GJ: How does it raise awareness?

Gochman: The project’s ongoing sidewalk interventions remind us that we can’t merely walk over the most marginalized people in our communities — those who fall through the metaphoric cracks. [It] allow[s] anyone, anywhere to fill sidewalk cracks with red sand and to then document their images on social media using #RedSandProject, expanding the reach of their artistic expression and participation.

In partnership with organizations around the world, the project has also featured both small- and large-scale indoor and outdoor installations that invite public participation from people of all different cultures, ethnicities and backgrounds to engage with and to create art.  In so doing, people participate in a global effort to raise awareness of vulnerabilities and social injustices facing communities around the world.

There are an estimated 50 million domestic workers in India, most of them women, who are regularly exploited. #redsandproject #awareness #endexploitation Photo courtesy of @htaac_uvm

GJ: What has been the reaction to the project?

Gochman: While I was nervous, at first, about what this project might mean to some, specifically survivors, I have been so lucky to receive positive feedback. Many survivors of human trafficking have embraced the project and even brought it to their own communities. This project has shown me that while this is an incredibly sensitive issue, art gives space to share images and stories in a way that doesn’t exploit the people being affected.