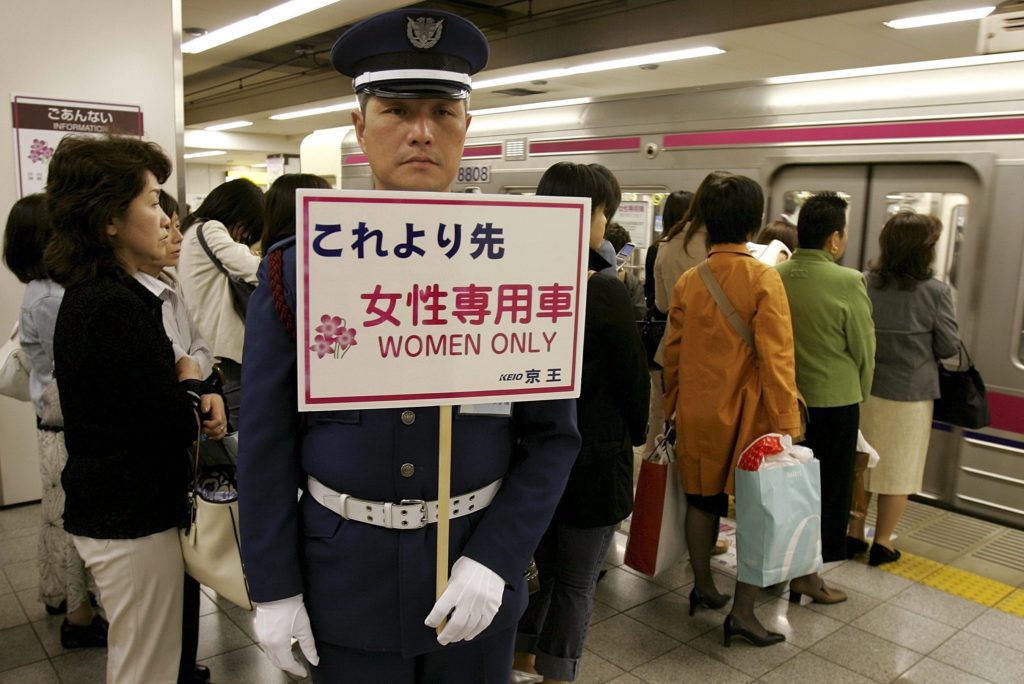 Women wait to get into the ''women only'' car of the KEIO line during the evening hours in Tokyo in 2005. In an attempt to combat the growing problem of gropers assaulting women in jam-packed trains, nine private railways and subway trains operated by the Tokyo metropolitan government introduced "women only" cars during the morning rush hour. (Credit: EPA)

The #MeToo movement has spread from the United States to other parts of the world as women have increasingly spoken out about sexual assault and sexual harassment.

One country where it has struggled is Japan, where discussions about sexual harassment and sexual assault remain highly taboo. Japanese women are much less likely than their U.S. counterparts to describe non-consensual sex as rape. Further, women who publicly accuse their attackers often face significant public backlash.

On this edition of Global Journalist, a look at the conversation around the #MeToo movement in Japan, a country known for its technological and economic prowess but that lags behind many other industrialized countries in measures of gender equity.