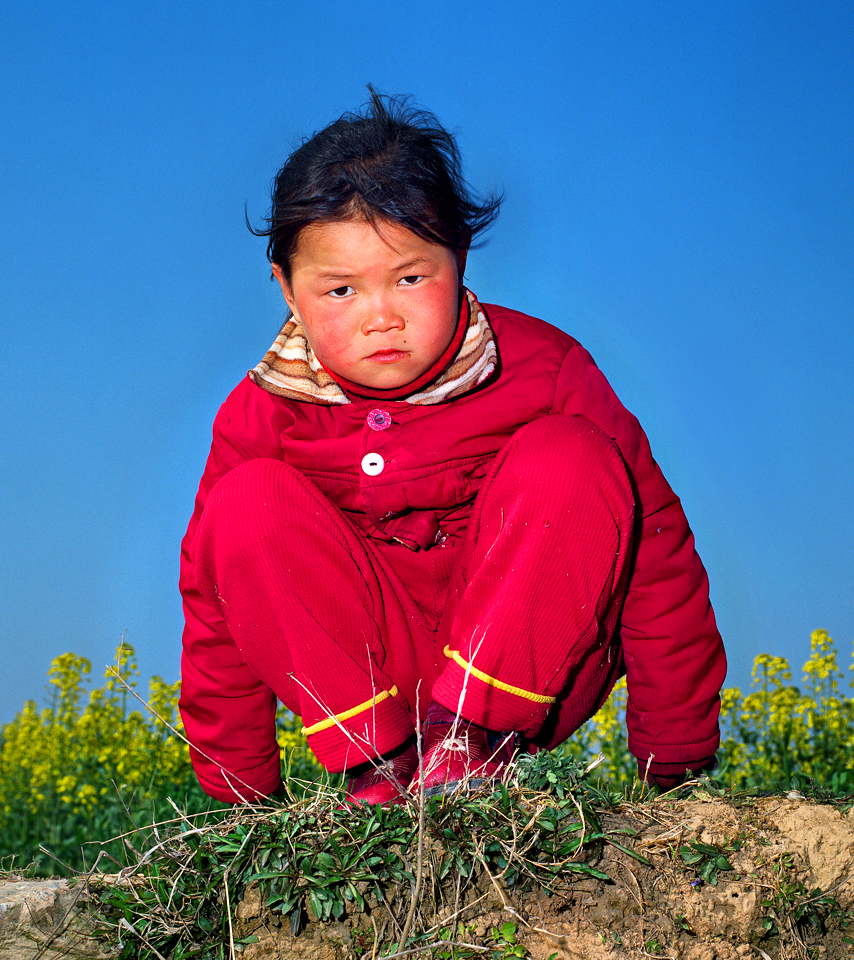 "I wanted to show the power that these little girls had."

China's economic boom has lifted hundreds of millions out of poverty in the past two decades and transformed a poor country into an industrial powerhouse. Yet for women and girls in China, progress on women's rights has not kept pace with the country's economic growth. Men dominate senior posts in Chinese government, business and academia. The government has been criticized for tolerating widespread domestic violence, arresting feminists and for censoring women's social media posts about sexual harassment and assault as part of the #MeToo movement. Females even face discrimination in the womb: China's "One-Child Policy" and the practice of sex-selective abortion led to the birth of millions of more boys than girls between 1979 and 2015.

For China-born artist O Zhang, the status of women in China has become central to her work. Zhang grew up in the southern city of Guangzhou and began studying art at age 7. She went on to enroll at Beijing's prestigious Central Academy of Fine Arts, but chafed at the school's restrictions on her individual expression–and often snuck in to the school late at night to work on her own projects. The role of women in Chinese society soon became central to her art.

"This forces people not to ignore this group," Zhang says, in an interview with Global Journalist. "[Women] are the most powerless and most repressed group in China for generations...I make this art to build them up so people can hear them."

Zhang moved to New York in 2004. That year she produced "Horizon," a series of photographs of young girls from a small village in Hubei province meant to highlight the limited educational and economic opportunities open to girls in the countryside. In 2005 and 2006, she made "Daddy and I," another photographic series depicting American fathers with their adopted Chinese daughters that highlights the prospects for the girls in their new country.

Now 41 and living in New York, Zhang spoke with Global Journalist's Hunter Bassler about her efforts to highlight sex discrimination in China. Below, an edited version of their interview: 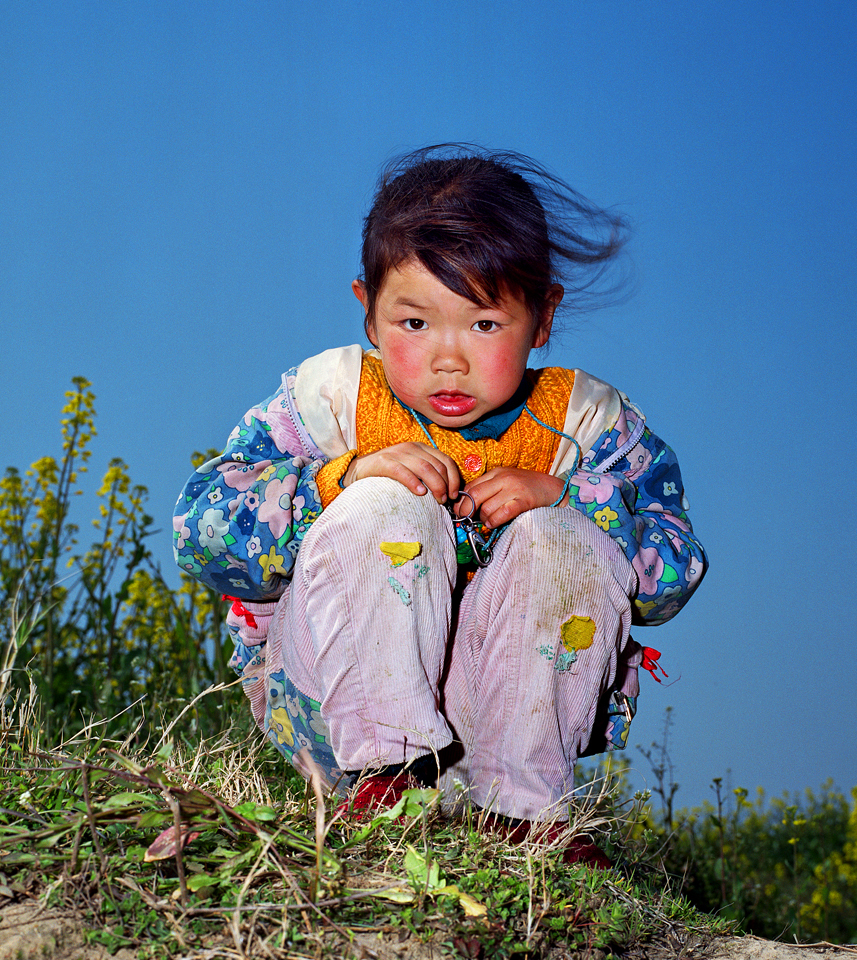 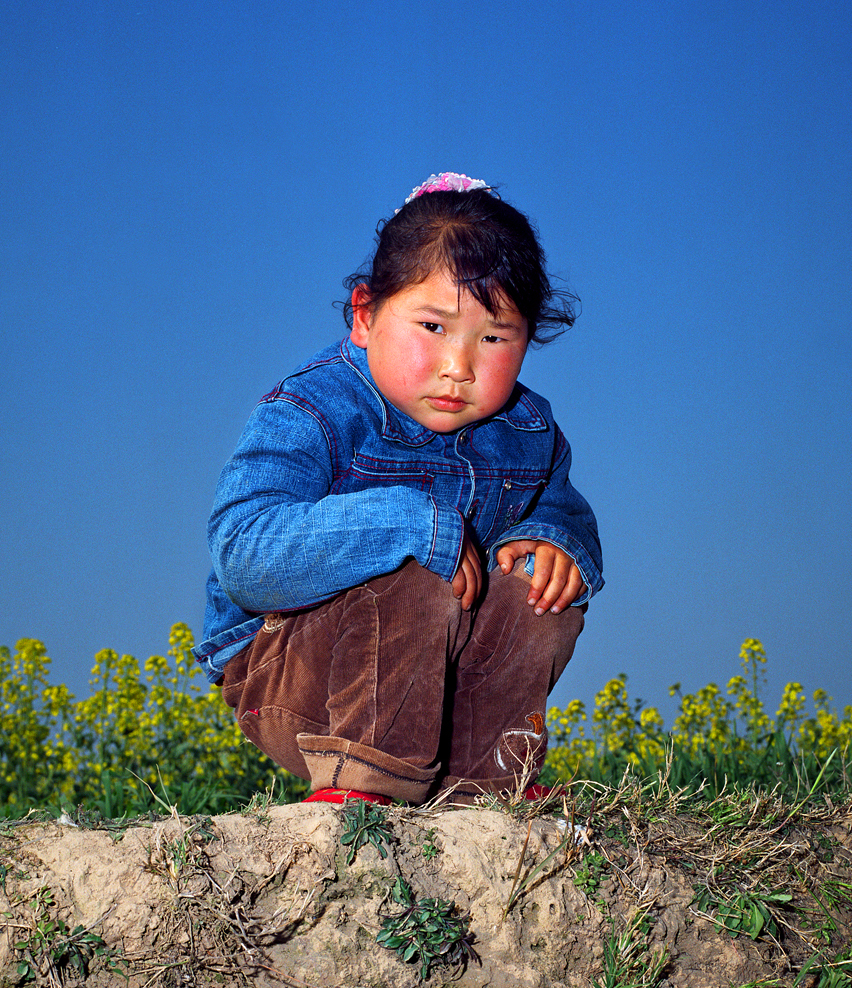 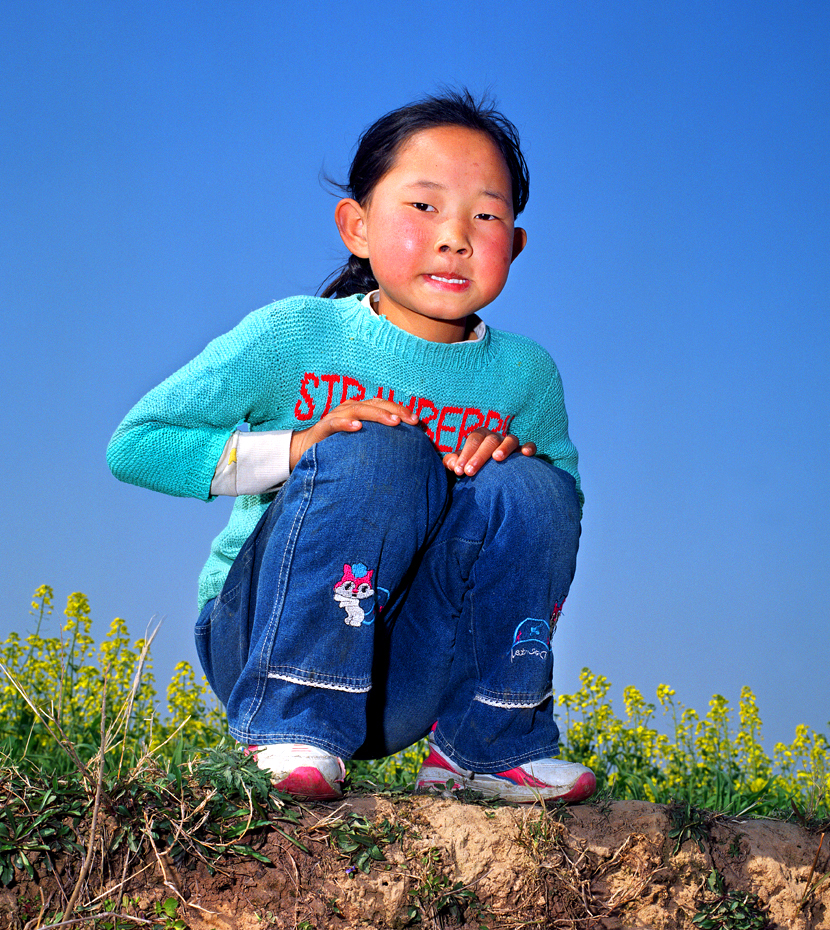 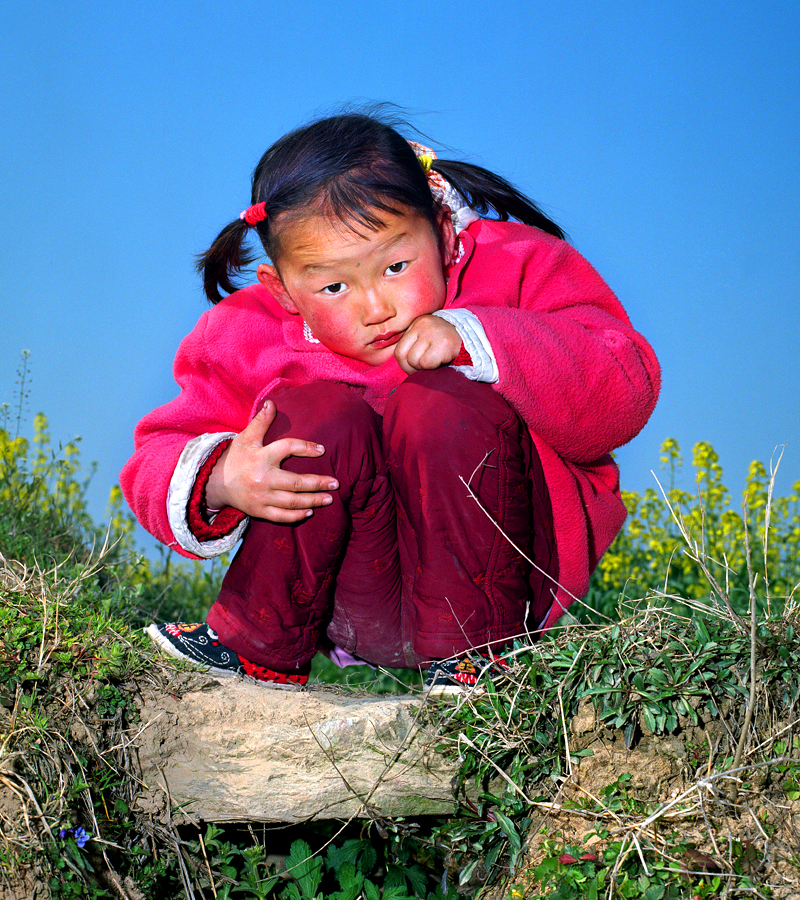 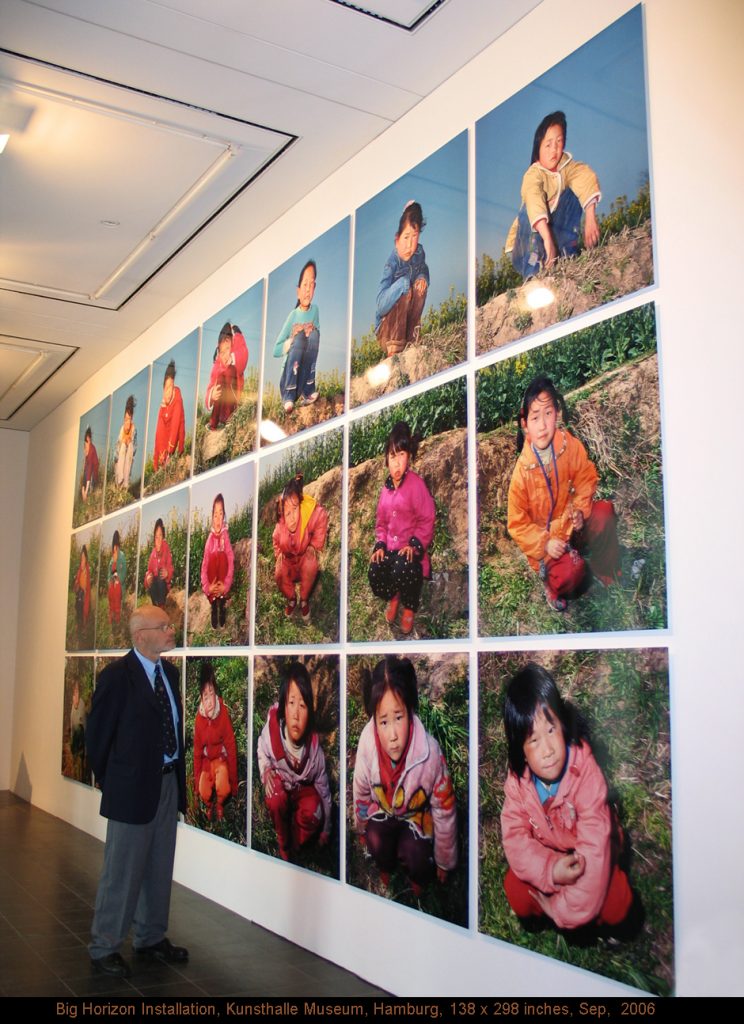 Global Journalist: What is the process behind creating your art?

Zhang: When I came to America, I felt a lot less pressure than I did in China. It allowed me learn a different viewpoint. It kind of let me see that there’s so much to see here. It let me see what I really want and let me get away from ignorance and use my heart. That’s what I use in my art.

Feminine power in China is not something talked too much about. Bringing social awareness is a big part of my work. Other than my own journey, something political or some power structures going through transformation have been a big inspirations.

GJ: How has political or social change inspired you?

Zhang:  When I was following families for “Daddy and I,” I learned of a group called Families with Children from China, or FCC. Talking with them more, I realized how big of an issue Chinese orphans were facing, especially girls. Almost 95 percent of orphans from China are girls, and a lot of them are very young.

I wanted to show the power that these little girls had. I wanted them to become powerful. On a broader level, I am aware of the change in China and developing countries. It's the power dynamic of these young girls growing as China grows. 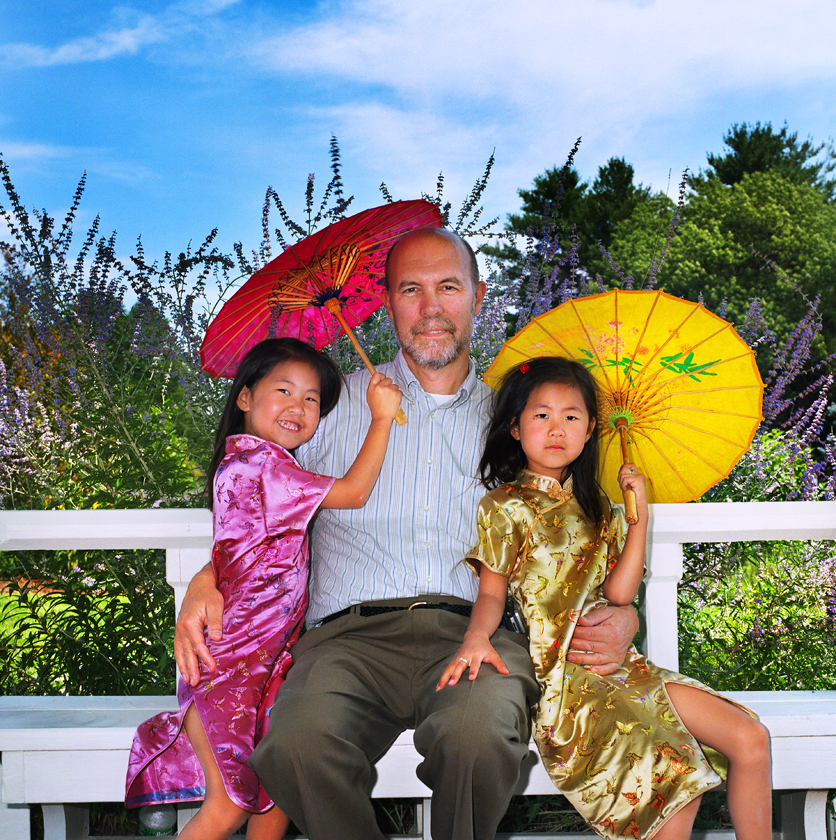 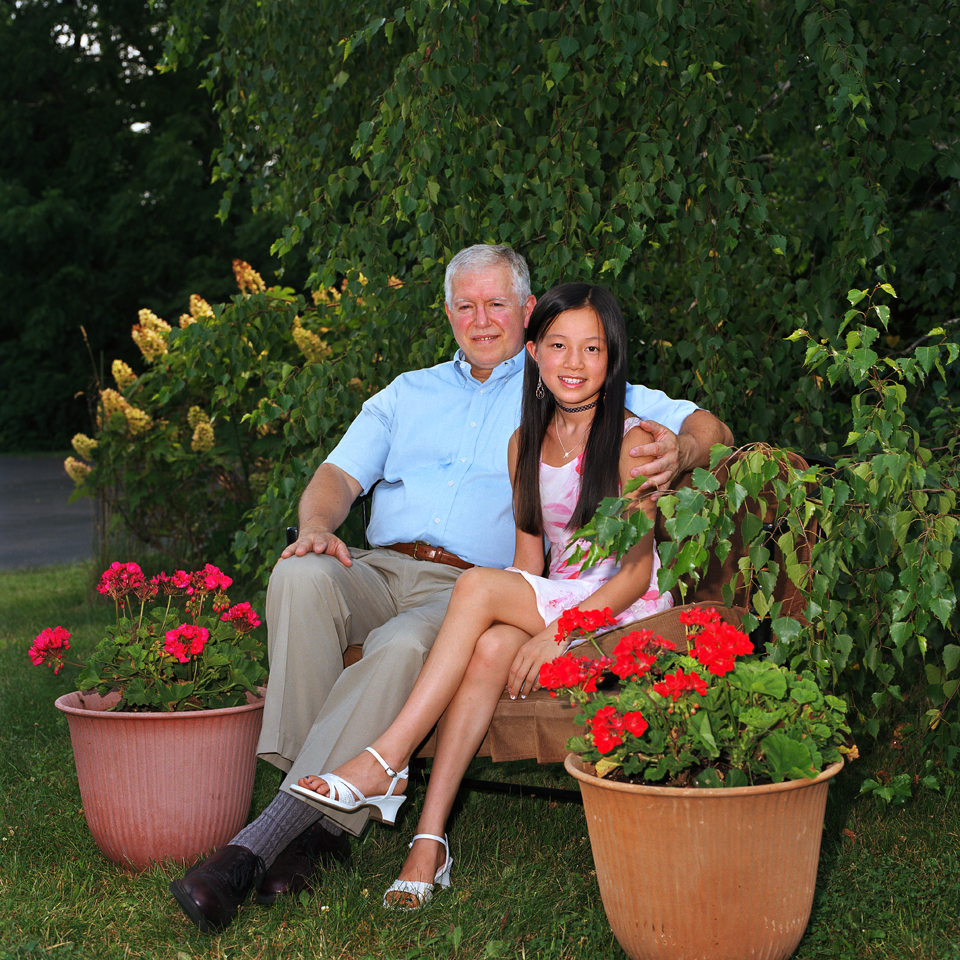 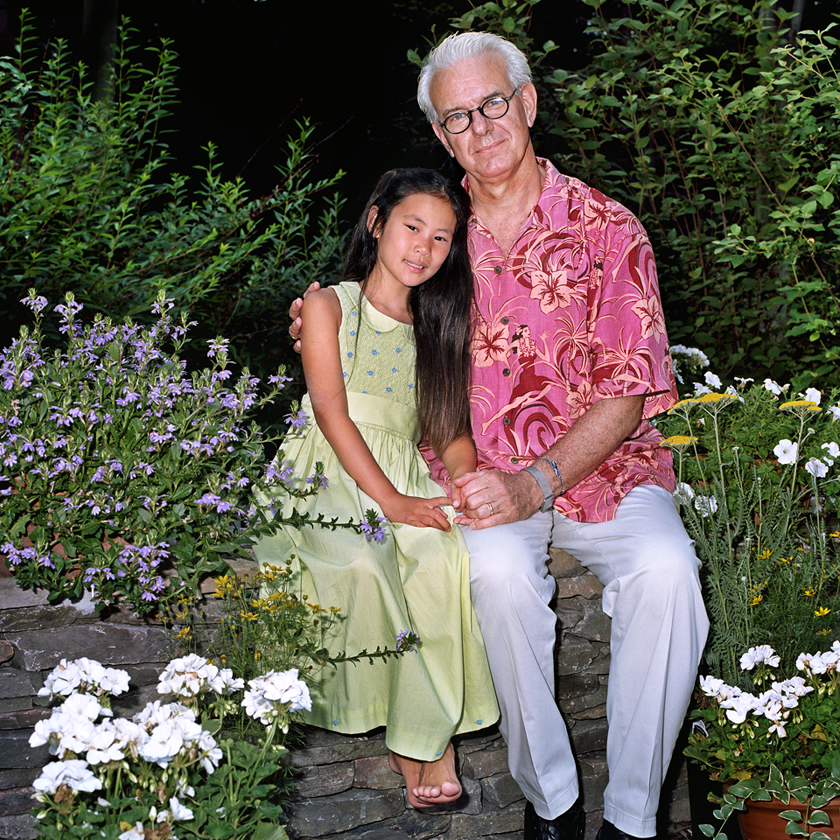 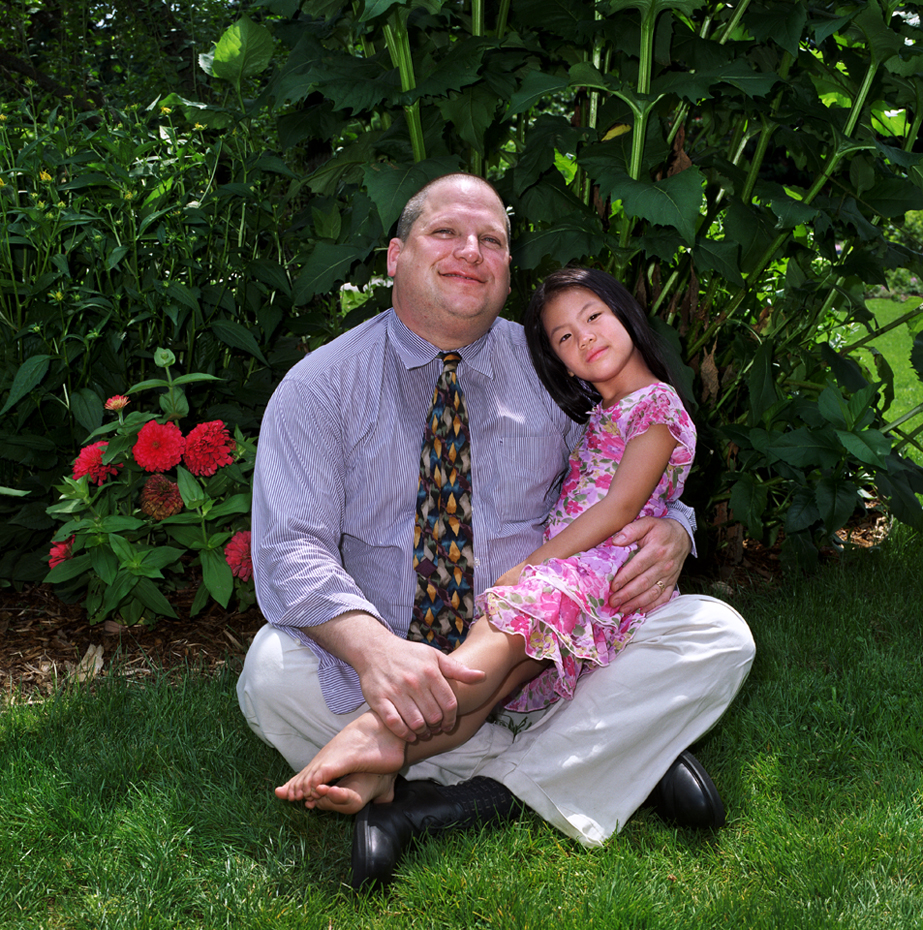 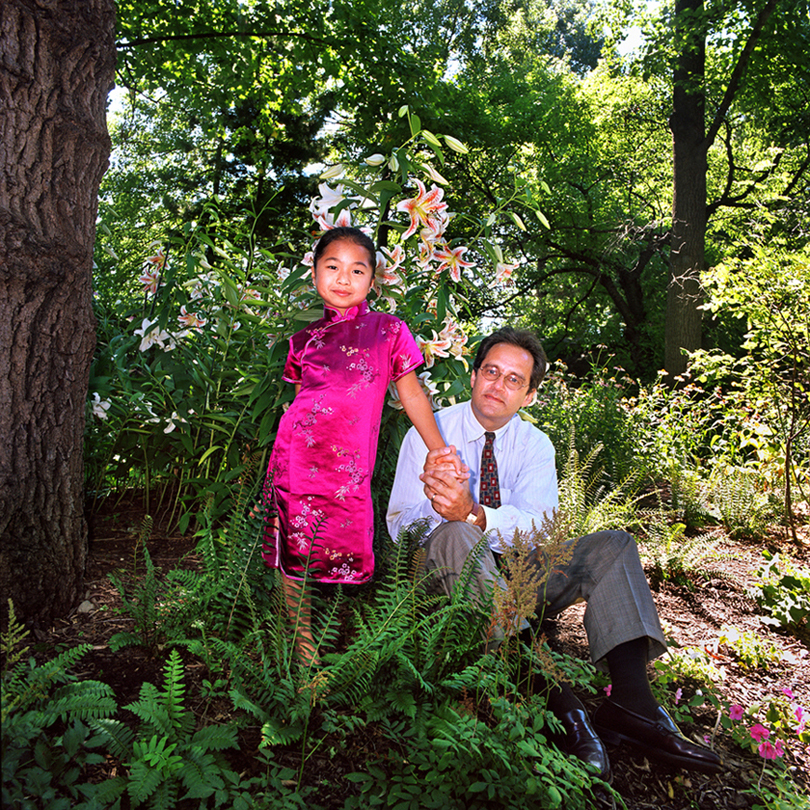 GJ: Do Western and Eastern audiences react differently to your art?

Zhang: Definitely. I wanted to raise awareness of the issues facing females and how powerful females are. The Western audience sees "Daddy and I" with a Caucasian male and a Chinese girl...they see the contrast and feel the energy of this loving family; this modern family and the strong power of these girls. These little girls generate a lot of female power, which isn't seen a lot in China.

The Eastern audience sees it as a very positive image, showing a very good social outcome because they know that if the girls stay in China, they will not have good outcomes. They see these pictures and it shows that these girls got adopted and got nice clothes and loving families. It gives them hope.

GJ: What change do you hope your art will create?

Zhang: China is changing a lot of things, a lot of policy right now. It's making adoptions from other countries harder and less available. There are a lot of orphans in China and they need to be looked after and cared for. People can close their eyes or turn away from bad things in China. I just long for more families either from China or overseas to care more about the future, about orphans in China.