Death squads in the Philippines 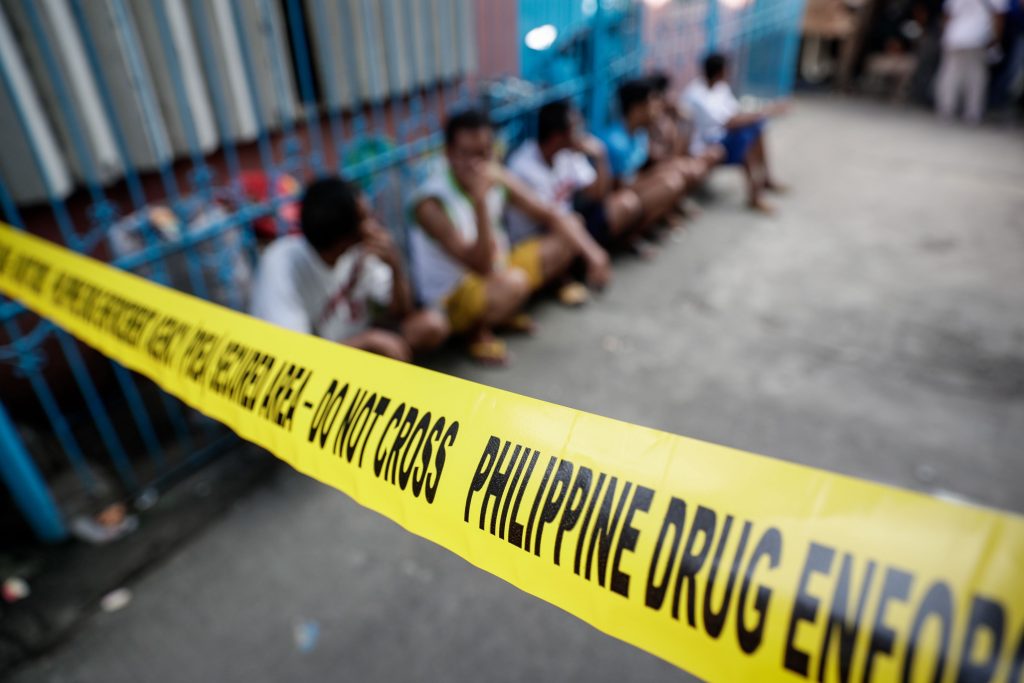 People allegedly involved in illegal drugs are lined up for interrogation during an operation against illegal narcotics by the Philippine Drug Enforcement Agency (PDEA) in Valenzuela City, north of Manila, Philippines, Nov. 7, 2017 (EPA-EFE/Mark Cristino).

In recent days Filipino President Rodrigo Duterte announced that he would withdraw his country from the treaty governing the International Criminal Court. That move came just over a month after the ICC’s top prosecutor announced that she had opened a preliminary investigation into atrocities carried out as part of Duterte’s “War on Drugs.”

In the 20 months since Duterte took office promising to "slaughter" drug users and drug dealers, more than 12,000 people have been slain in extrajudicial killings in the southeast Asian nation. At least 4,000 of those have been carried out by the police and the remainder by vigilante groups and unidentified gunmen, according to Human Rights Watch.

While the bodycount climbs, Duterte’s government is not only resisting international efforts to investigate the killings - it’s also cracking down on the Filipino media for reporting on them.

On this edition of Global Journalist, a look at death squads in the Philippines and government efforts to quash reporting on them.