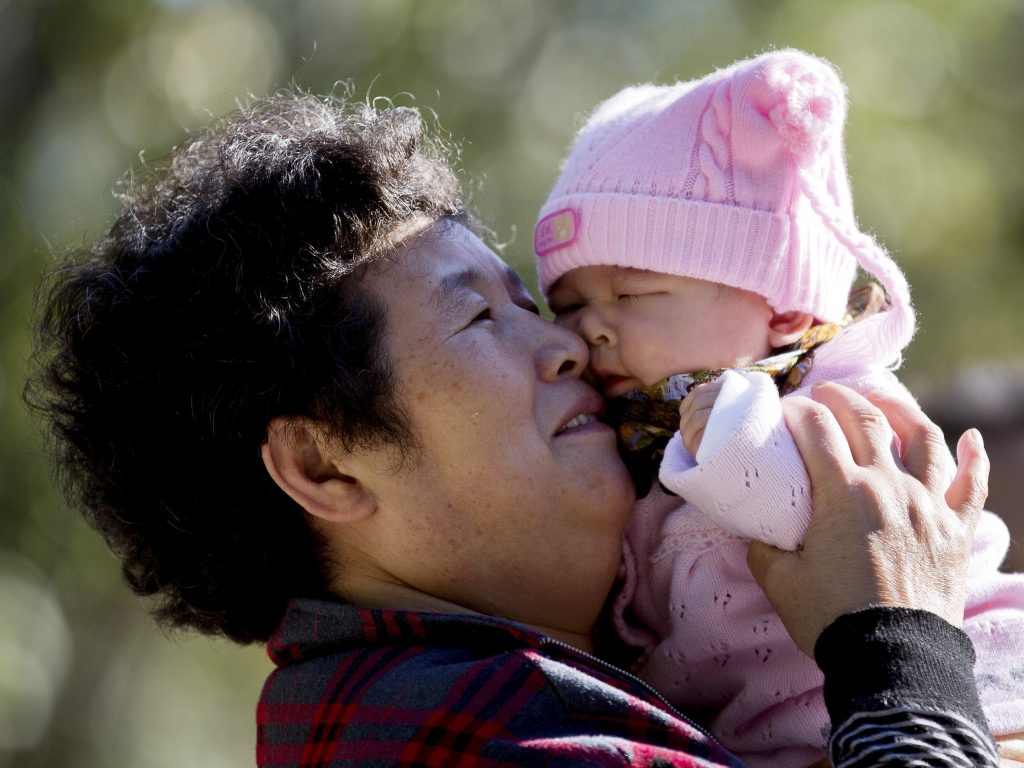 A Chinese woman plays with her grandchild at the Ritan Park in Beijing, Oct. 31, 2012. (AP Photo/Andy Wong)

A little less than four decades ago China’s population was nearing the 1 billion mark.

In 1979 this led the Communist Party to institute the “One-Child Policy” to slow the country’s population growth.

That policy was lifted in 2015 and was replaced with a “two-child policy.” But the effects of 36 years of strict population control will be felt for years to come. As the population of elderly Chinese grows, there will be fewer and fewer working-age people to support them.

Today there are about 7.6 workers for every person over 65 in China. By 2050, fully 40 percent of the population could be over that age and the country is projected to have 100 million people 80 and over.

But the graying of China’s population isn’t the only long-term impact of the one-child policy. It’s also led to other unplanned outcomes - like an imbalance in the gender ratio that’s fueled human trafficking of women both in China and neighboring countries.

On this edition of Global Journalist, a look at the intended and unintended consequences of this mass population control experiment.