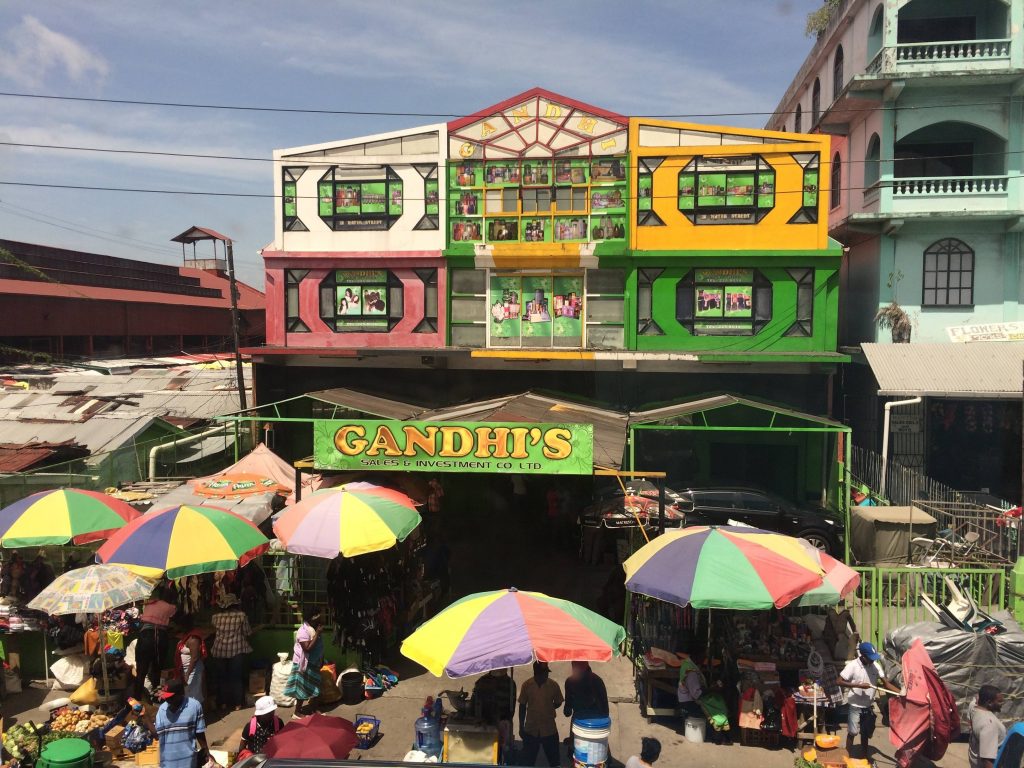 A business named Gandhi's Sales and Investments in the crowded downtown Georgetown, Guyana, next to the main Stabroek Market. Vendors line the streets in the center of town selling everything from clothing to coconuts. (AP Photo/Albert Stumm)

Most people probably know little about the tiny South American nation of Guyana. In the U.S., it made headlines back in the late 1970s after an American cult leader named Jim Jones took his followers there – and more than 900 died in a murder-suicide after drinking poisoned Kool-Aid.

But recently Guyana has been in the news for more positive reasons. That’s because ExxonMobil has made one of the most promising offshore oil discoveries there in decades.

Yet the sudden discovery of all this cash under its seabed holds a lot of risk for Guyana. In some oil-rich countries like Angola and Nigeria, most of the population has gotten no real benefit from their country’s petroleum wealth. Next door in Venezuela, the country's economy has collapsed and its government has slid into dictatorship despite having the largest oil reserves in the world.

On this edition of Global Journalist, a look at Guyana’s big find - and whether it can avoid the so-called “resource curse.”