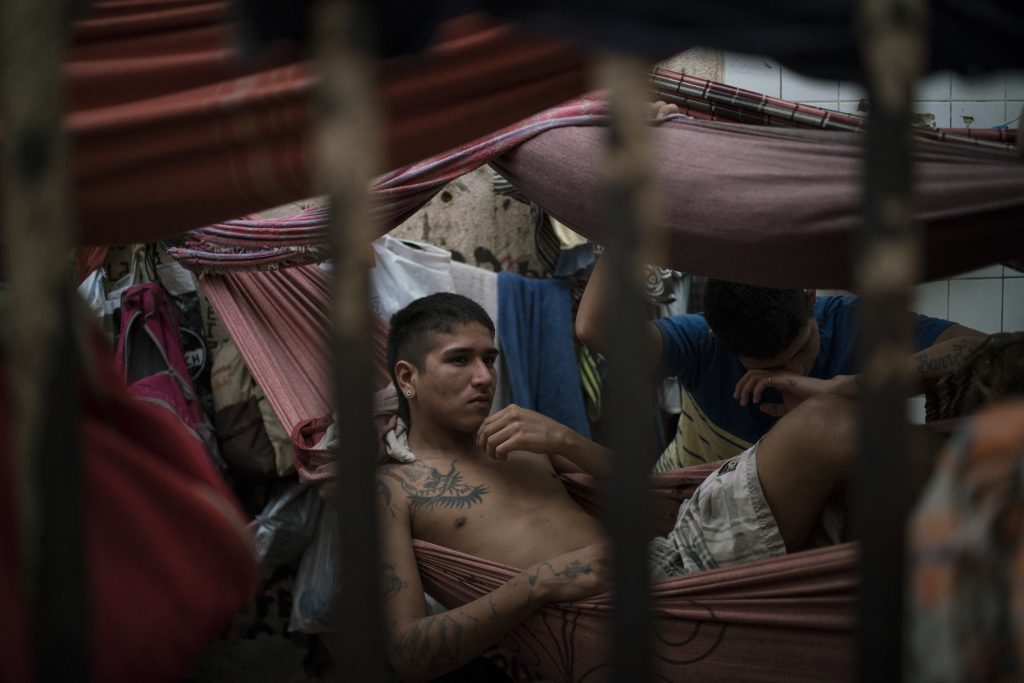 Detainees rest in hammocks inside an overcrowded cell at a police station near Manaus, Brazil, Feb. 6, 2017. All 24 inmates at the station said they were linked to the Family of the North gang, but guards said that could be just a defensive move after a slaughter at the city's main jail, Complexo Penitenciario Anisio Jobim. (AP Photo/Felipe Dana)

Back in January 2017, Brazil experienced a wave of massive and grisly prison riots. More than 130 inmates were killed in a few weeks in fighting between rival gangs. Many of the of the dead were decapitated or mutilated, and pictures of their bodies were posted on the internet by other inmates.

Now, two other deadly riots in the first few weeks of 2018 are raising fears of more mass-killings in Brazilian prisons. In many cases, the prisons have been all but abandoned by prison guards and are operated as virtually independent fiefs of gangs that have morphed from prisoner rights' organizations into sophisticated criminal groups.

On this edition of Global Journalist, we look at why Brazil's prison system is so violent and how its mismanagement is undermining Brazil's politics and governance.